Coronavirus led to the cancellation of the CP+ and MWC shows in February, but that was just the beginning. AJA has withdrawn from NAB and will have, as Nvidia and Facebook, an online conference, as more shows are cancelled. 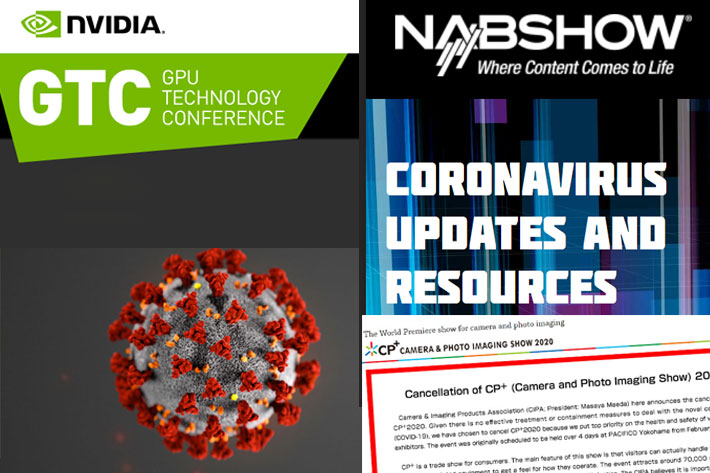 The coronavirus will put the Internet to the test, as international events are cancelled and multiple companies, from Sony or Nvidia to AJA or Facebook shift gears and announce their next events will be digital conferences.

Growing concerns over the coronavirus led Nvidia to decide for the cancellation of its GTC San Jose, which is usually held at the San Jose Convention Center, in California. This 2020 edition was scheduled for March 22-26, and it will still happen, but Nvidia decided that it will be a digital conference rather than a live event. 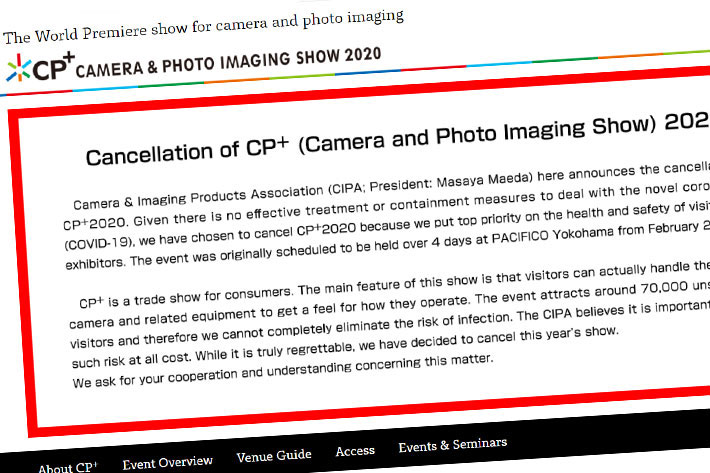 This is, apparently, the new normal, and as the number of cases rises in the United States, companies decide that the most important things are the health and safety of their employees, partners and customers. It’s a trend that started before, and reached a new level when, in February, as Provideo Coalition wrote,  the CP+(Camera and Photo Imaging Show) 2020, which was to be held at PACIFICO Yokohama, in Japan, from February 27, was cancelled.

The organizers, the Camera & Imaging Products Association, wrote on their website that “given there is no effective treatment or containment measures to deal with the novel coronavirus (COVID-19), we have chosen to cancel CP+2020 because we put top priority on the health and safety of visitors and exhibitors.”

Another show cancelled in February was the Mobile World Congress (MWC), the world’s biggest mobile event, the stage where Sony, Xiaomi, Nokia, Huawei and other companies would introduce, from 24 until 27th February, their new products. As many companies decided to cancel their presence in the show (Sony revealed its new Xperia 1 II smartphone online), due to the coronavirus, the Mobile World Congress organizers decided, also, to cancel the event. 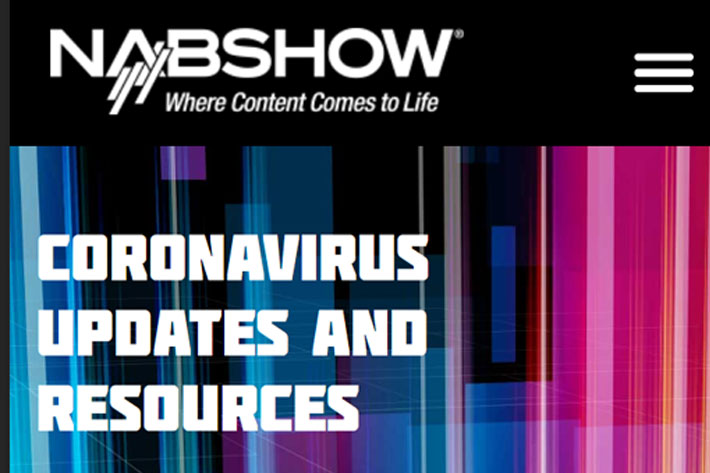 The decision to cancel the Mobile World Congress, the first time it happens in its history, was taken after some days of uncertainty, and after meetings with the Spanish government. John Hoffman, CEO of GSMA said: “With due regard to the safe and healthy environment in Barcelona and the host country today, the GSMA has cancelled MWC Barcelona 2020 because the global concern regarding the coronavirus outbreak, travel concern and other circumstances, make it impossible for the GSMA to hold the event.”

I wrote, then, that we could expect more events to be cancelled or postponed, and we’re starting to see it now.  The 2020 NAB Show is proceeding as planned, April 18-22, 2020 at the Las Vegas Convention Center, said the organizers on February 28th, but a company, AJA Video Systems, has announced today that they will not  have an on-site presence at the NAB show this year due to the risks from the Coronavirus.

Instead, AJA will transition all of its planned NAB events, including its annual NAB press conference, to web-based video conferences. We will, no doubt, see more companies taking the same decision now, as the situation in the United States has changed during the weekend. 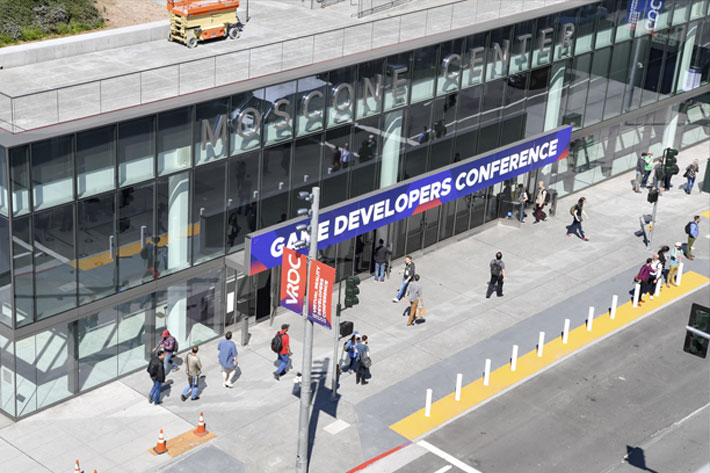 Another show that is not going to happen this month – March 16 to March 20 – is the Game Developers Conference. By the end of February it was still announced as going ahead, although companies as Amazon had already said they would not be present, due to fears of the coronavirus spreading in the United States. Epic Games, Unity, Electronic Arts, Microsoft and others announced that they would not be there or would be but with reduced activity, but as more companies announced their plans, the organizers of the event decided to postpone the event.

In a statement the organizers said that “we fully intend to host a GDC event later in the summer. We will be working with our partners to finalize the details and will share more information about our plans in the coming weeks.” The statement was published by the end of February, when there was not much information about the coronavirus spreading in the United States, but this weekend changed everything,  with 6 fatalities in the Washington state from the novel coronavirus in the US as cases nationwide surge, according to the last numbers. In a news conference today, Washington Gov. Jay Inslee said,  that “We think folks should begin to think about avoiding large events and assemblies”. 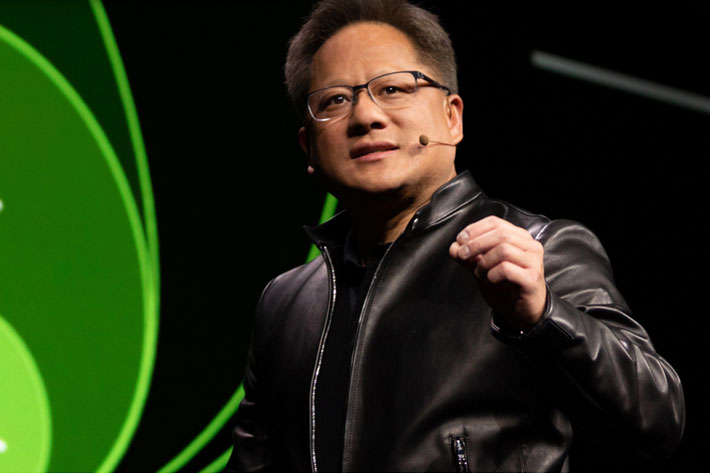 Nvidia’s GTC San Jose 2020 will be exclusively online this year, because, as the organizers noted, “as the coronavirus situation is not improving, we’re turning GTC San Jose into a digital conference rather than a live event”. The company’s founder and CEO Jensen Huang will still deliver a keynote address, which will be available exclusively by livestream, and Nividia is working to schedule that and will share details once they’re available.

The organizers are working with the conference speakers to begin publishing their talks online beginning in the weeks ahead. Additionally, for those in Nvidia’s developer program, the company plans to schedule availability with its researchers, engineers and solution architects to answer technical questions.

Nvidia also noted that “those who have registered for a GTC pass will receive a full refund” and ends the note with “we’re grateful to the great many individuals and partners who have worked to support this event and thank them for their understanding during these unusual times.” For updates on the online version of Nvidia’s GTC San Jose 2020  visit the webpage for the event.

Intel also cancelled its Intel Labs Day, scheduled for March 12 at the Palace of Fine Arts, in San Francisco, due to the “ongoing and evolving coronavirus situation” said the company, and IBM, Verizon, AT&T Cybersecurity were some of the companies that cancelled their presence at the RSA Conference 2020 in San Francisco, in February 24-28. A total of thirteen companies canceled their participation as a sponsor or exhibitor of the event: six from China, six from the United States and one from Canada. 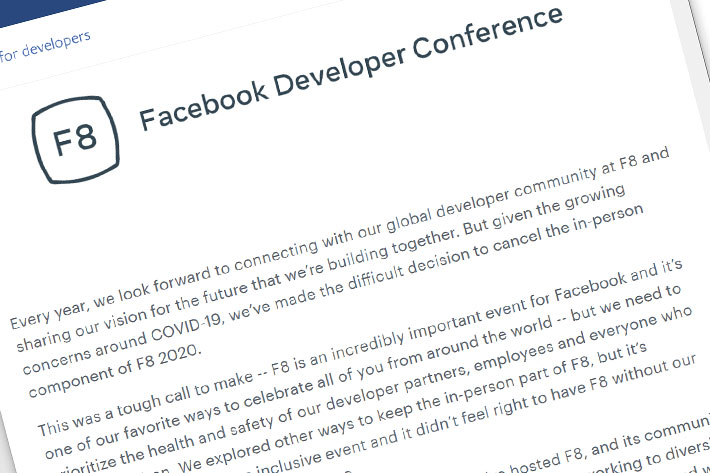 Facebook, that had already pulled out of the Mobile World Congress before it was cancelled and that also cancelled its presence at GDC has already announced, February 27, that its F8 2020 developer conference, set to take place from May 5th – 6th in San Jose, California will not happen. Instead of the in-person F8 event, the company is planning other ways for the community to get together through a combo of locally hosted events, videos and live streamed content. More information will be shared online. 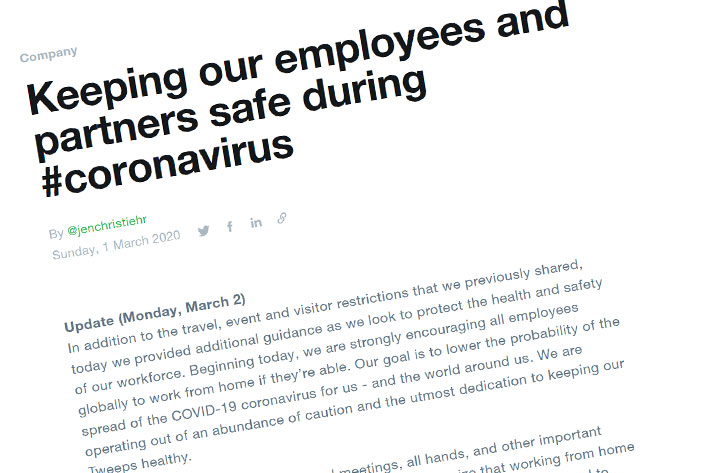 Facebooks’ decision to cancel an event in May suggests what we may see happen in the coming weeks: more and more shows being cancelled and, when viable, exchanged for an online version. It’s something that, apparently, is going to reach a scale never experienced before, and which will test the power of the Internet and its ability to keep the world connected. It’s just a pity that it has to be a virus, the COVID-19, that paves the way for digital conferences. But it is probably better to be safe than sorry, and that may be the reason why Twitter posted today a message to all its employees:

“Beginning today, we are strongly encouraging all employees globally to work from home if they’re able. Our goal is to lower the probability of the spread of the COVID-19 coronavirus for us – and the world around us. We are operating out of an abundance of caution and the utmost dedication to keeping our Tweeps healthy.”