In a world where complexity is presented as a must for creativity, Nizo focuses on the essence: shoot and edit in harmony. It’s an app for iPhone that both shoot and edits. 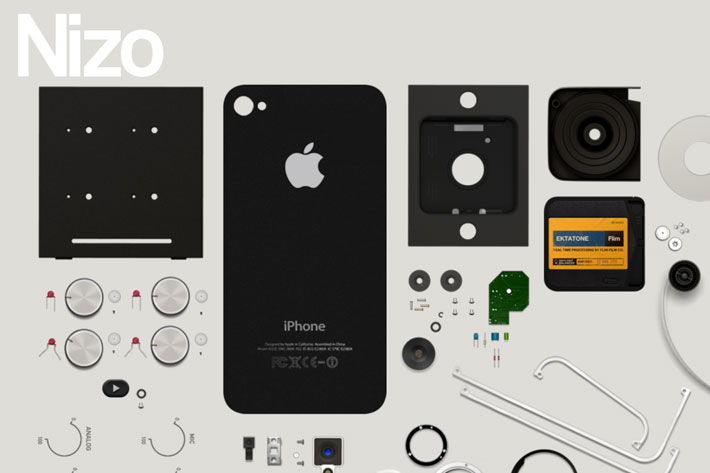 Focus on image making, forget the superfluous settings. That’s the promise of Nizo, a filmmaking app that may help the mobile to become the Super 8 of this generation.

The words in the email I received were difficult to forget: Designed for the way creatives think – visually, Nizo foregoes bombarding the filmmaker with superfluous settings. Distilling filmmaking to the essential, so the creator can focus on image-making. Shoot with motion picture grades, and edit using fluid gestures.

We’re bombarded, daily, with new apps and the new trendy AI solutions that promise so much, served with a lot of techno-babble that, many times, will make your head spin. In the midst of all that, the almost poetic promise of Nizo sounded interesting. It says that “Nizo distils filmmaking to the essence: shoot and edit in harmony.” How can one resist? 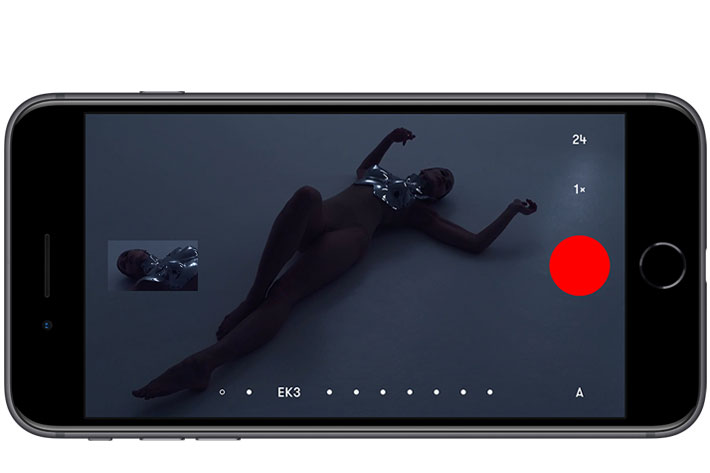 Only for iPhone, Android is next

Unfortunately, Nizo is only available for iPhone now, and while the Android version is planned, I could not give it a try. But having seen, before, the same logic applied, although not for both shooting and editing, to photography apps, I was curious about Nizo and wanted to know more, as a way to prepare myself for when the Android version arrives.

Nizo was introduced early in 2019, after a long waiting period. In fact, the app, a much anticipated video camera for iPhone, represents a new filmmaking concept and platform dedicated to artists. Announced as an innovative filmmaking app, unlike traditional filmmaking apps, it’s an all in one filmmaking tool focused on the essence: shoot and edit in harmony.

Created by an independent team based in Sydney, Australia, with a passion for the arts and design, Nizo is presented as “the most elegant way to create films on iPhone” and also as the platform to “watch avant-garde films at the nexus of fashion, music, culture, and art”. Nizo’s mission is to celebrate artists and ignite a movement in new wave filmmaking. 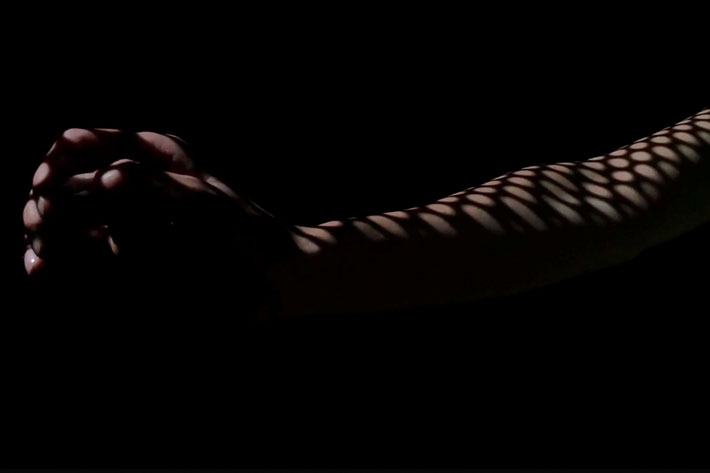 Designed for a complete focus on the image, Nizo pairs the camera with simple editing tools in a fluid and immersive gestural workflow. The camera part allows users to shoot in automatic or manual with “beautiful real-time colour grades inspired by the rich colour and grain of motion picture film”.

Users can choose from nine classic and contemporary looks, picking classic presets inspired by anything from the iconic colour of Kodak Kodachrome to the high contrast black and white of Kodak Tri-X, complete with grainy aesthetic and surprise imperfections; or go for the contemporary presets that give a natural look to enhance skin tones or a desaturated look for modern-day realism.

Following the promise made by its creators, the camera in Nizo offers controls that are both simple and immediate. And the technology is there: depending on the subject, choose between 24 and 60 frames per second in 4K format. The Nizo recording format is an uncompromised 16:9 aspect ratio at 4K, or 1080p HD with 24 frames per second playback for motion picture quality. 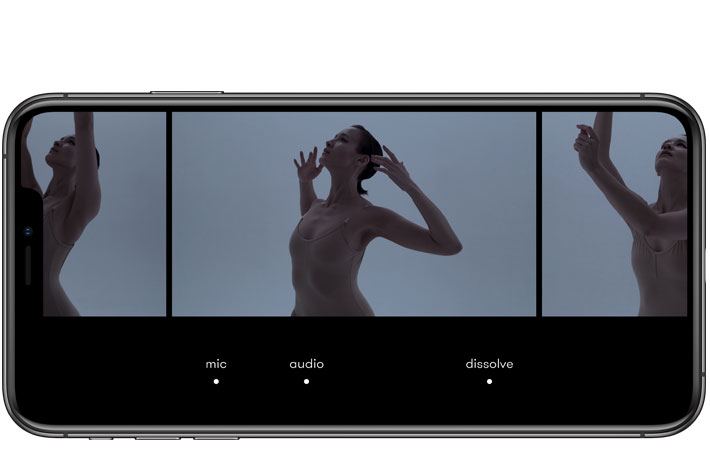 The editor available in the package uses the timeline as its heart. It’s there that users will experience the full scope of Nizo. For the first time, say the creators of the app, the timeline is truly immersive with the edit manipulated with fluidity and precision using natural gestures. Users advance or recede the timeline depending on the task. This seamless workflow gives the user the flexibility to shoot, review and edit ideas in the moment. Tools reveal when needed, shape the edit with a smooth drag and drop, cut fast with precise trim, and add music from the user’s library.

“Our obsession to simplify the art of filmmaking and to honour the image lead us to a new way of filmmaking,” said Jason Cotterell, co-founder of Nizo. “We pushed ourselves to distil how filmmaking should feel on a mobile device,  paring the experience back to the relationship between the camera, image, and the timeline.”

After reading the info available about the app, I browsed through the website and the comments published online in recent months, while people waited for the app to be launched. I was curious, so I asked the company what’s their aim with the app. “Our ambition is to inspire the next generation of filmmakers,” said Vicki Tourtouras, co-founder of Nizo. “We see iPhone filmmaking as an exciting and accessible art-form for artists to express themselves.” 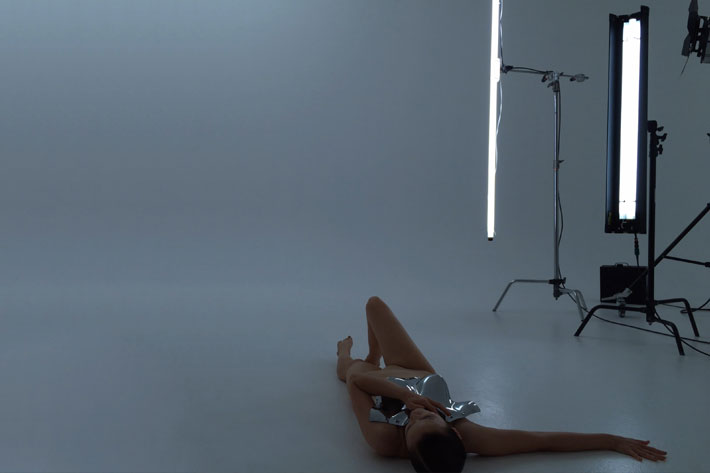 No doubt, the platform created is an important part of the whole process. Vicki Tourtouras told me that ”the gallery, our curation and promotion of artists who are pushing filmmaking and creativity on iPhone is central to our company ethos.” Her reply opened the door to go beyond the app itself, but I soon realized that everything was connected, because the app is what it is because of feedback from users.

In fact, Vicki Tourtouras added that “our goal has been to distill the essence of filmmaking on mobile. To create a tool that is true to the medium. We have been working closely with image-makers to hone key features with the goal of balancing good output with ease of use. We developed various functions and removed them after field testing with artists. Advanced features like zebra for instance, were superfluous with artists stating “I can just use my eyes”.

The co-founder of Nizo believes that “there is a new breed of creators transitioning from photography to moving-image. Visual creatives exploring filmmaking for the very first time. For them, they’re looking for a light weight, easy to use tool with familiar concepts to shooting stills. Hence the visual approach to Nizo, with a focus on the image. A simple to use tool and the familiar nature of the mobile device – helps them to be more spontaneous with creation.” 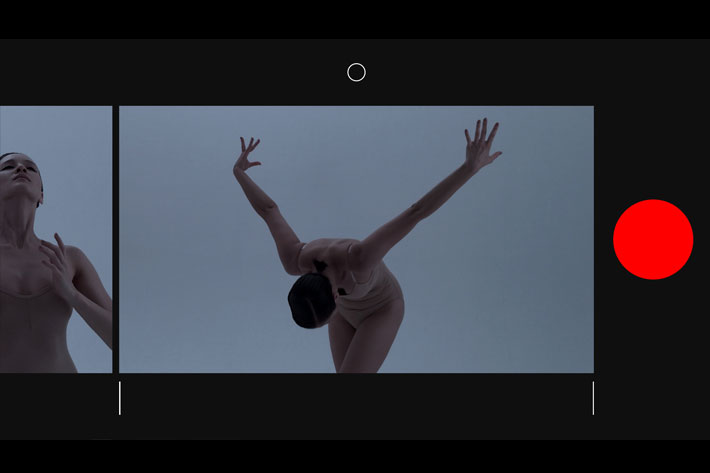 Super 8 for this generation

While many users seem to base their decisions regarding gear and software in technical aspects, this generation seems different. According to Vicki Tourtouras, “these artists are not interested in technical specifications. For them it’s about focusing on the creative. Whether sketching some storyboards or being spontaneous and creating on the go, the mobile is perfect for this as you can easily react to different opportunities before your eyes, with minimal set-up.”

The app has opened new frontiers to many users. The co-founder of Nizo says that “we’ve been thrilled to see people creating their first films with Nizo, and they’re now hooked on exploring filmmaking further. We see mobile as a fantastic approachable medium — hence our aim to balance simplicity with power. A lot of our design philosophy was the filmmaking process of Super 8. With more of a focus on shooting with simple in-camera editing. We see the mobile as this generations Super 8. Where Super 8 excelled, was it’s accessibility and ease of use.” 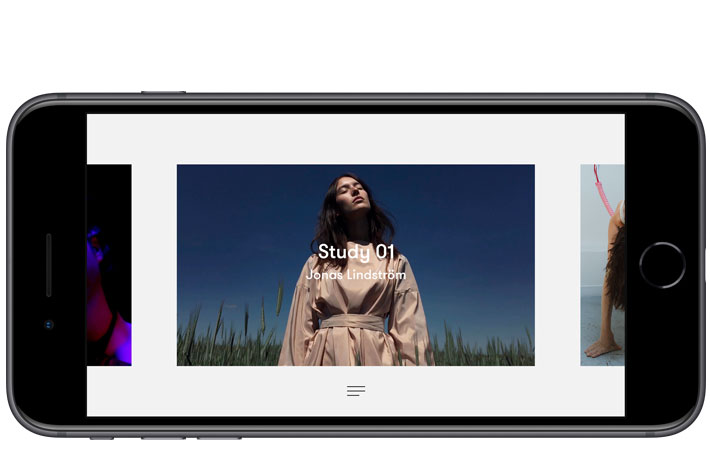 With Nizo, the team behind the app goes in the opposite direction of what seems to be a modern trend. Vicki Tourtouras says that “there seems to be a trend for mobile apps to try to emulate ‘professional’ film cameras or desktop editing suites, we think we need to be mindful of retaining the simplicity and fun of shooting on mobile. Yes, the devices are more capable than ever, it’s actually rather easy to keep adding features, but the reason the iPhone was initially so popular was that it threw away the complexity of desktop software, hence we are seeing a renaissance of global creativity.”

To discover the world of cinematography with Nizo, visit the company’s website, where a series of filmmakers show not only their work but also share their visions and experiences using the app. Some of the images published here are from short films you you’ll find at the website. It’s a refreshing discover of different points of view that may well trigger your own desire to buy the app and give it a try.

So, there you’ve it. A starting guide to check the Nizo platform, and, if you’re an iPhone user, to get the app. Nizo is available on the App Store for $4.99 and is compatible with iPhone 5s and later models running iOS 12.0 and later. Me, I will just wait for the Android version to be announced, because the idea that one can shoot and edit in harmony makes me smile. 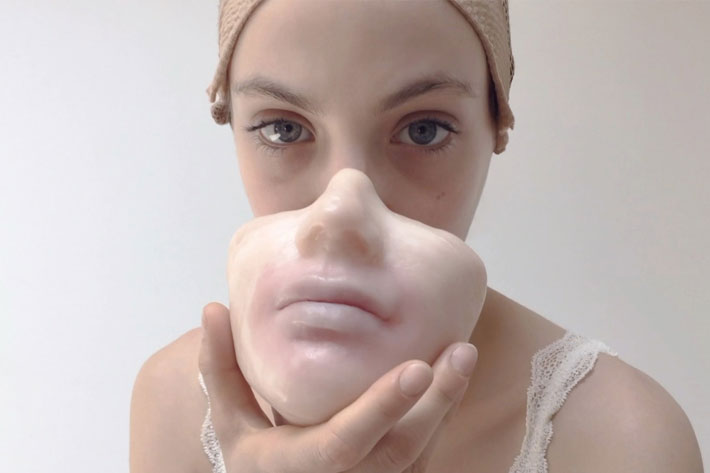 The specifications you want to know

One last note for all those who absolutely need to know all the specifications. Here they are: