A Whole lot of punch for a mirrorless camera.

At CES 2019 Nikon dropped a bit of a mirrorless camera news bomb. The metaphorical bomb? The addition of Atomos ProRes Raw recording for Nikon’s brand new mirrorless cameras the Z7 and Z6 via Atomos Ninja V Monitor/Recorder. Why am I calling this a bit of a bomb for mirrorless news? Well, Nikon has done what customers wanted Sony to do for a while which was to allow a raw output from their popular a7 series mirrorless cameras.

This is how Nikon-to-Atomos ProRes raw works: The camera outputs a stream of RAW data via a 4K HDMI cable to the Ninja V. This data is then repacked into the ProRes RAW format and recorded on the Ninja V via removable SSD drive. This allows Nikon Z7 or Z6 footage to be debayered and edited in the highest possible quality. Using ProRes RAW format keeps file sizes manageable, easy to edit and future-proof unlike uncompressed raw which can chew up massive amounts of SSD drive space on a recorder.

The Nikon Z series will continue to adapt to changing user needs through the development and roll-out of firmware updates to meet and exceed creative expectations. Taking into account feedback from photographers and creators, Nikon will display three feature updates under development that open creative opportunities for the Z 6 and Z 7. Displays will include:

Details, including the release date of new firmware updates, will be shared at a later date.

Nikon has also introduced a Z6 Filmmaker’s Kit, including just about everything a videographer needs for creative filmmaking. In the box with the Z6 and Nikkor S 24-70mm F4 S lens you’ll find:

The Filmmaker’s Kit is be priced at $3999 and will be available in late January. Nikon is stating those who purchase the filmmaker’s kit will get a $1200 savings from buying everything piecemeal. What’s not included are XQD cards.

Atomos’ Ninja V is a recorder with a touchscreen-controlled 5” HDR monitor allows users to accurately expose and deliver cinematic quality from Log or RAW video. The Ninja V runs Atomos’ own AtomOS operating system and a series of modules allow for multi-camera sync, control and Ethernet-based video transmission capabilities in the near future. The Ninja V costs $695 before local taxes and is available from all authorized Atomos dealers. 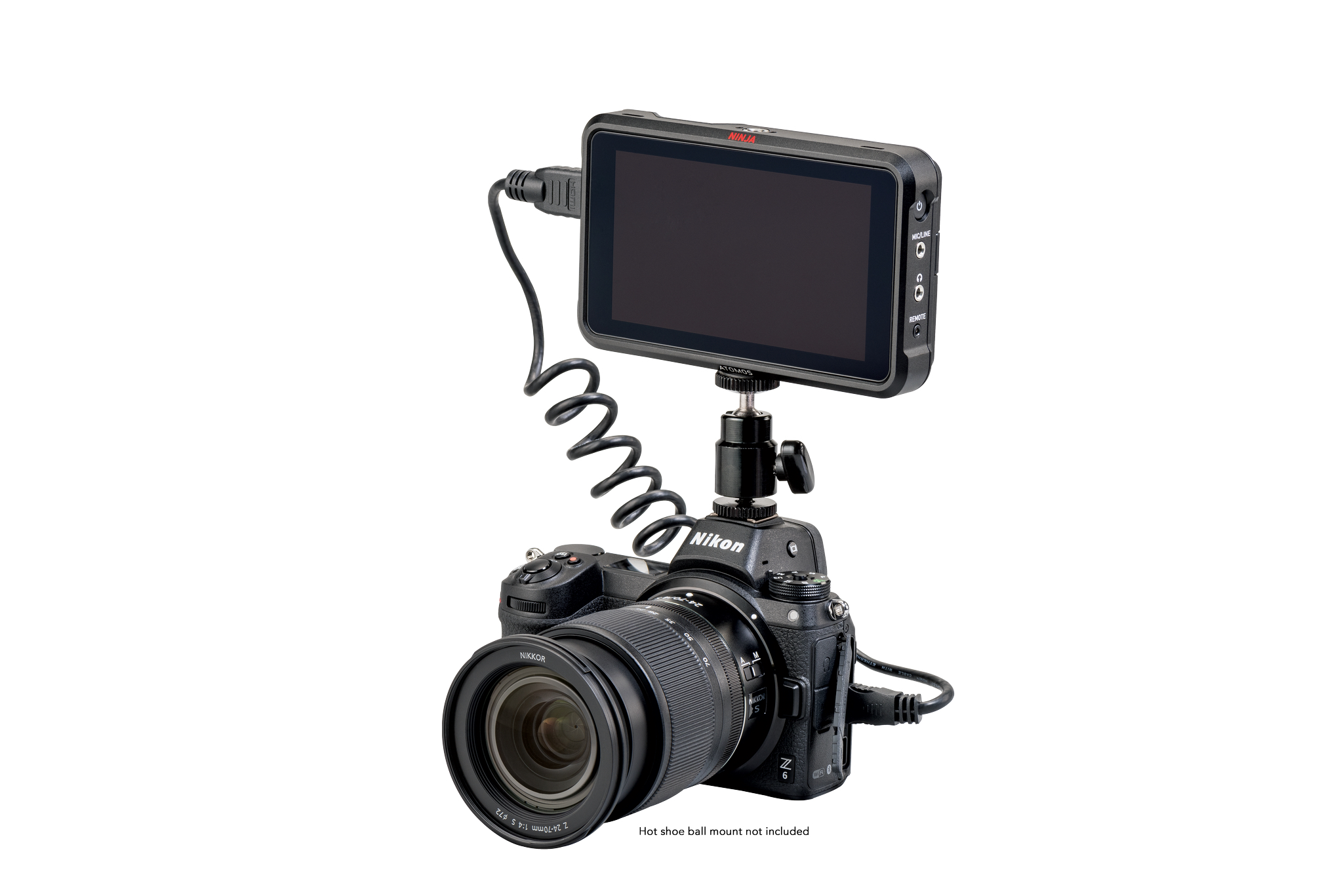