The magic of software updates is that it allows cameras that otherwise would have a fixed set of features to gain new capacities. The Nikon Z 9 is a clear example of what software brings to the table. 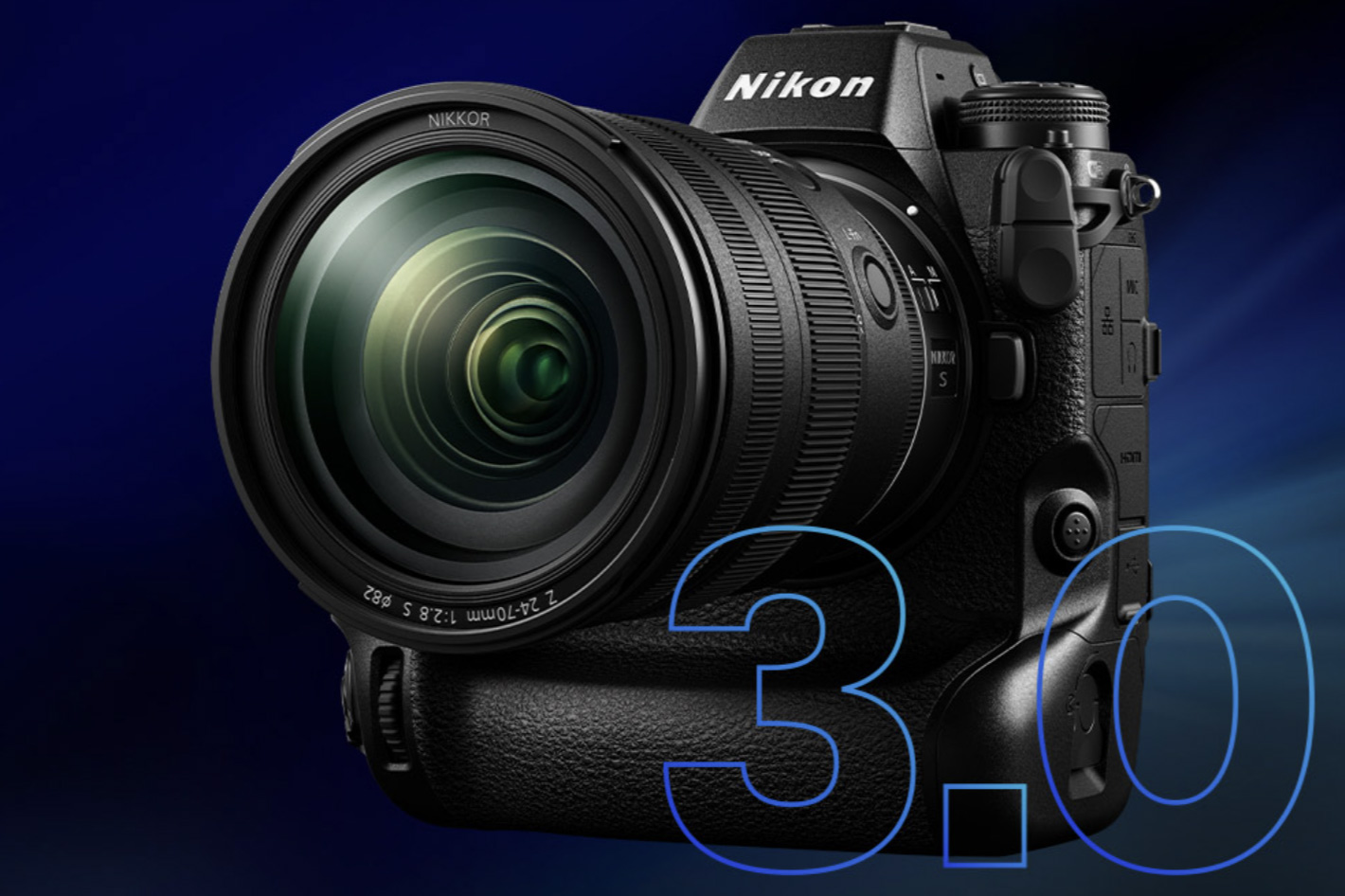 Hi-Res Zoom, High-Frequency Flicker Reduction across cameras and ATOMOS UltraSync BLUE support are now part of the Nikon Z 9 specifications when it comes to video, thanks to a new update.

Nikon Corporation announced the release of firmware version 3.00 for its flagship full-frame/FX-format mirrorless camera, the Nikon Z 9, and what an update it its. The company says that “this firmware version 3.00 will further enhance the Z 9, offering exciting new features related to both video and still shooting, as well as improved operability and display features that respond to user needs” but one really must go beyond the surface of the announcement to discover what’s now made available for video shooters using the Nikon Z 9.

The new video features available include High-Frequency Flicker Reduction and Hi-Res Zoom, a function that enables high-resolution zooming that effectively extends the telephoto range, regardless of the lens used when recording video. So, according to Nikon, when a 4K UHD option is selected, the video is actually recorded in 8K UHD resolution then cropped to the 4K UHD frame size in real time, effectively doubling the zoom focal length while maintaining resolution that is not possible with digital zoom or the addition of zoom effects with post-production.

Hi-Res Zoom, the company claims, is available regardless of the lens used, whether a prime or a zoom lens, for example, allowing users to take advantage of the extremely shallow depth of field of an f/1.2 maximum aperture lens. Hi-Res Zoom can be assigned to the camera’s Fn1/Fn2 buttons, or the Fn ring or control ring on a lens. Using the buttons enables smooth zooming at a constant speed (Zoom speed offers a choice of slower, standard or faster) that is not possible with manual zooming, while the control ring allows users to zoom in or out as quickly or slowly as they like. 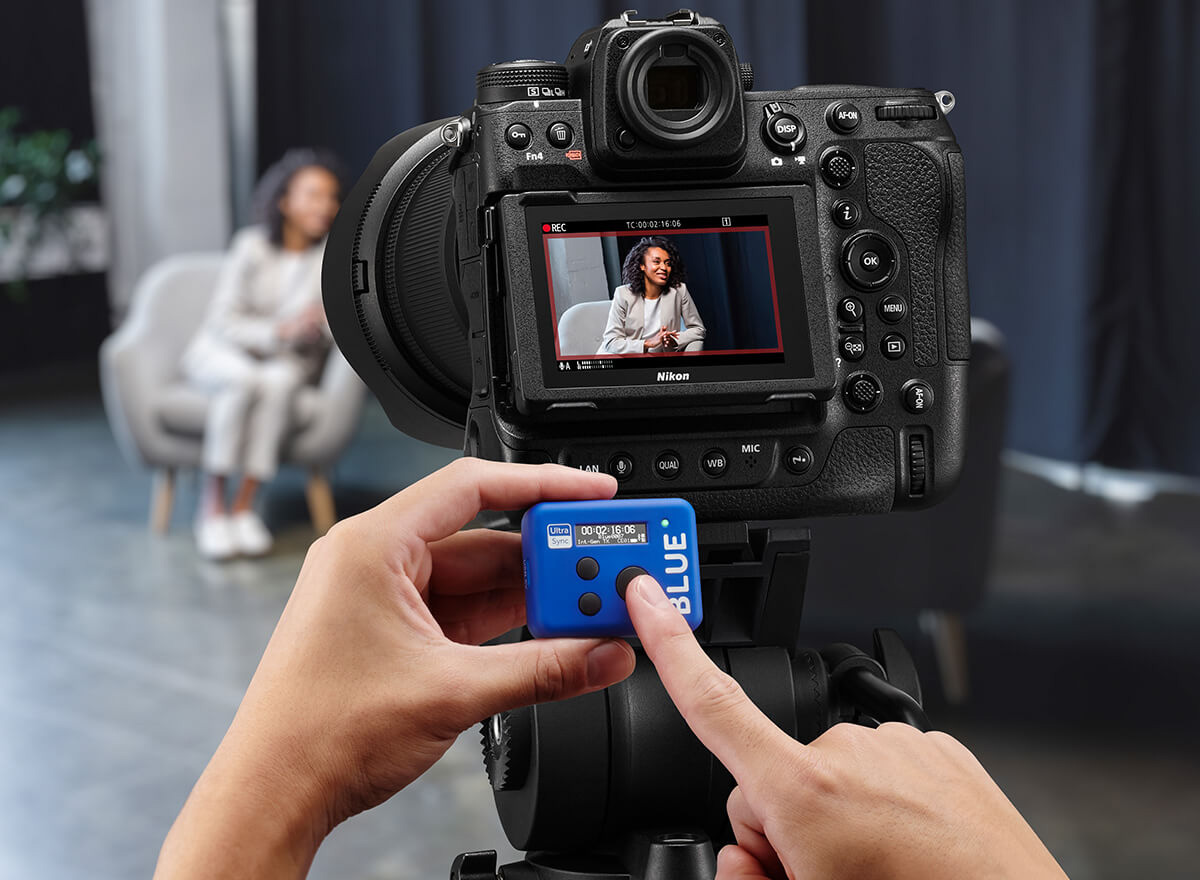 Furthermore, High-Frequency Flicker Reduction, which was added with firmware version 2.10 is now available for video recording and has been made easier to use for still-image shooting by adding it to photo shooting menu. Timecode synchronization across multiple Z 9 cameras is now possible, controlled by a single wireless remote control. A signal from the shutter-release button resets device timecodes. Therefore, still images cannot be captured during video recording by pressing the shutter-release button when timecode synchronization is enabled. 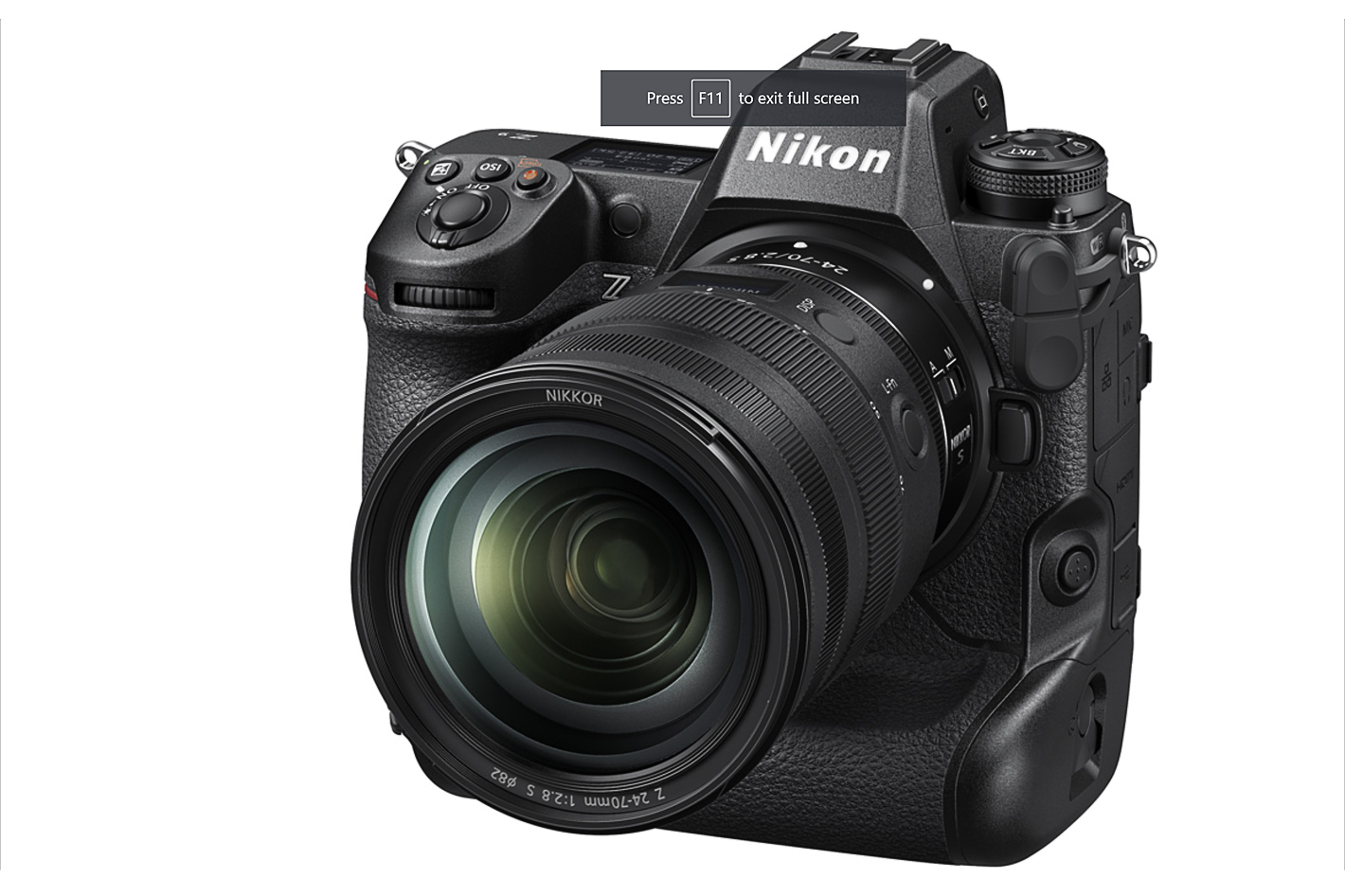 ATOMOS UltraSync BLUE is now also supported over a Bluetooth connection, enabling the syncing of other companies’ recording-equipment and/or audio-device timecodes. The benefits of this are enormous when editing videos recorded with multiple recording-equipments including external audio recorders.

For photographers, the Nikon Z 9 offers solutions to cover a variety of user needs for continuous shooting. In addition to the existing C30 and C120 options, High-Speed Frame Capture+ now offers a C60 option that realizes bursts of continuous shooting of approximately 19-megapixel still images at approximately 60 fps, satisfying the diverse needs of photographers, especially those in the fields of photojournalism, sports, and bird photography, who frequently use high-speed continuous shooting to photograph their subjects. Note that image area is fixed at DX (24 x 16). If a DX lens is attached when C120 is selected, the high-speed frame capture+ setting will automatically change to C60 and image area will be fixed at DX (24 x 16). Pre-Release Capture is supported.

Users should also be aware that that High-Speed Frame Capture+ is only possible with AE/AF tracking at an image quality setting of JPEG normal only. The maximum number of frames that can be captured with a single burst is fewer than that possible with high-speed continuous shooting. Use of a Nikon-recommended memory card is recommended.

Playback operation for images captured with bursts of continuous shooting has also been improved. An Auto Series Playback function, which automatically displays images from the same burst of a continuous shooting group after the first image in the burst is displayed in playback mode, has been added, delivering a more comfortable workflow for photographers who frequently use high-speed continuous shooting for sports and bird photography. 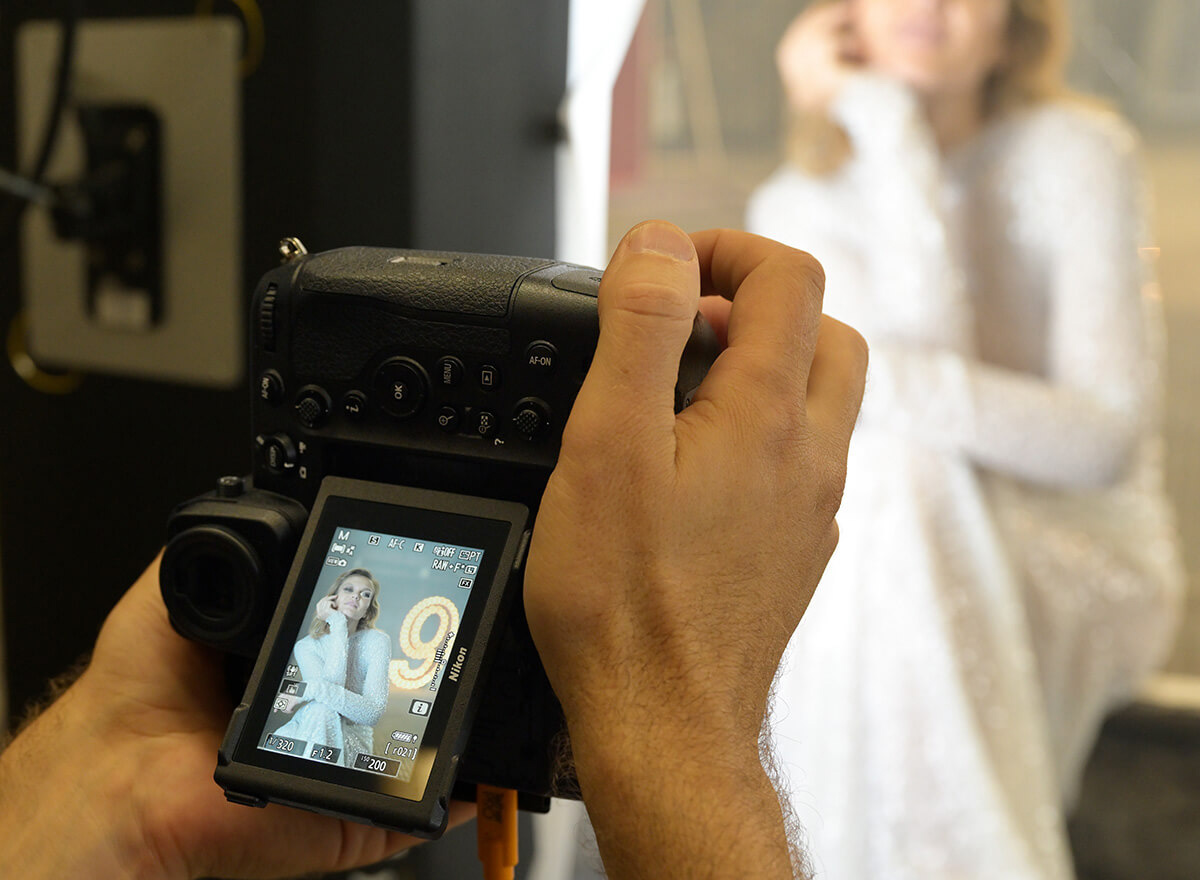 The third highlighted feature coming with this update is there to further satisfy the demands of professionals for enhanced display and operability: Nikon says that the number of buttons that can be used as custom controls and the extension of customizable functions have been increased. In addition, images and the i menu can be displayed in vertical orientation during playback mode, and new image-size options for DX-format have been added. Other improvements include an extended AF low-light limit and a reduction in the likelihood of the camera shifting the focus position to a foreground obstacle that momentarily obscures the intended subject.

Autofocus and other related improvements are also included. Here are the most important:

Nikon will continuously meet users’ needs through firmware updates that expand the functionality of its cameras, says the company, and this new firmware update, version 3.0, for the Nikon Z 9, surely indicates that nothing seems impossible these days. 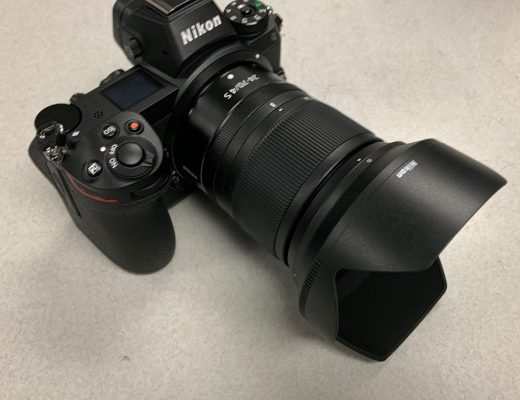 The Nikon Z6 is one of two mirrorless camera options from Nikon and the one best suited for 4K... 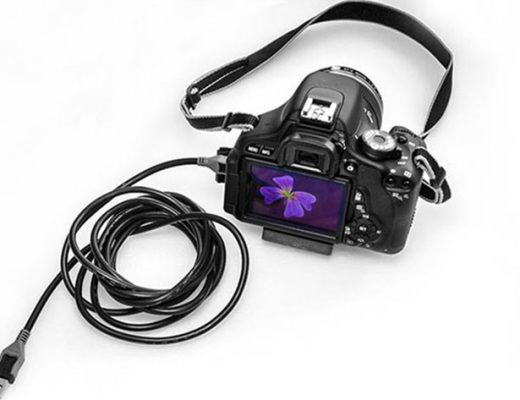 A cable connecting your camera to your computer is all you need to shoot tethered. It may be the... 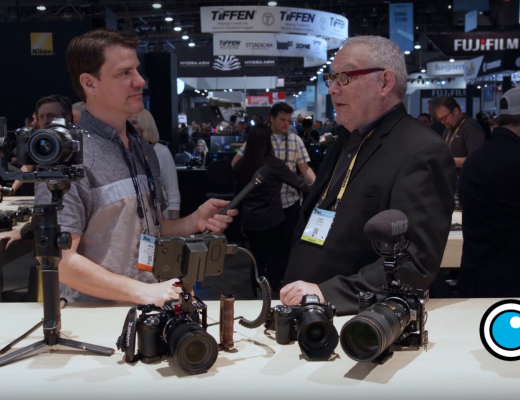 F-mount To Z-mount that is what FTZ means. More importantly, FTZ means opening up more than 90 currently available... 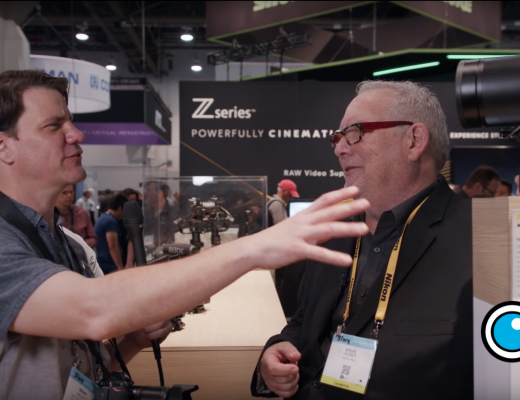 One could touch it. You could even look through the camera to see how the lens performed. But, at...