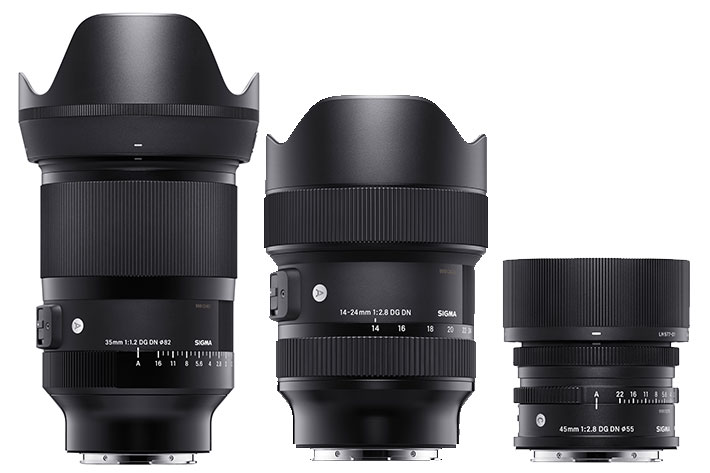 Lenses for mirrorless are presented as able to offer better quality than DSLR lenses, due to the short flange distance. It’s not a miracle of modern times, though. The lenses are new, the concept is old!

With mirrorless presented as the next big thing, Sigma announced, recently, that the company will develop interchangeable lenses with unprecedented specifications and performance through designs that benefit from the short flange focal length feature of mirrorless cameras, while retaining the concepts of “Contemporary,” “Art,” and “Sports.”  The first examples are the Sigma 35mm F1.2 DG DN Art, Sigma 14-24mm F2.8 DG DN Art and Sigma 45mm F2.8 DG DN Contemporary, which represent Sigma’s answer to the expansion of full frame mirrorless systems.

Sigma makes the same claims that Canon and Nikon made when launching their full frame mirrorless systems: now it is possible to make better lenses, because of the short flange distance. While this is true, it introduces a misconception about the evolution of technology: the short flange distance is not a novelty  made possible by mirrorless cameras, but something that has been around from the early days of photography. In fact, cameras of the rangefinder type had a short flange, and it’s only with the introduction of single lens reflex cameras, with a mirror, that the distance between the lens and the film plane expands, to accommodate the revolving (mostly) mirror box. 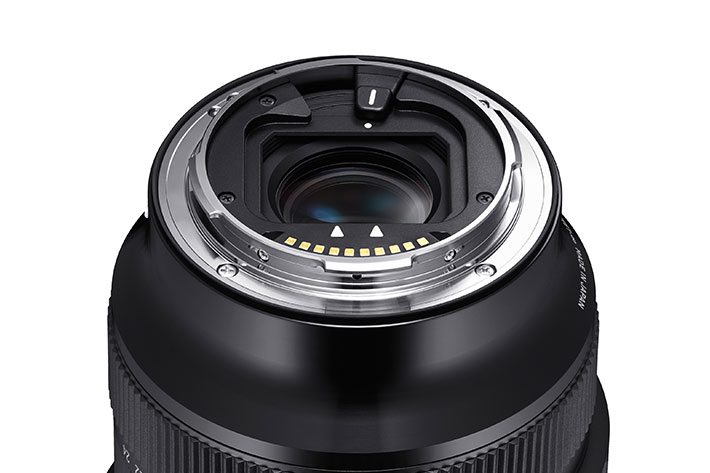 It is a known fact that because there is no mirror, the rear element of a lens can project deep into the camera body, making high-quality wide-angle lenses easier to design. Furthermore, this allows lenses to be smaller. So, flange distance is not something new, but a thing from the past that we rediscover through mirrorless. There is, though, another element that contributes to enhance quality of the image on modern systems, and that is the large diameter of the mount, which in fact is different from what was used in older cameras.

The marriage of a shorter flange distance with the wide diameter of modern lens mounts represents a big step forward, and in that sense it is possible, now, to make better lenses than before, while at the same time building smaller bodies and lenses, at least on paper, compared to regular DSLRs. This explains why Nikon moved to a new mount: the large 55mm diameter and a reduced flange distance, from 46.5mm on the F-mount to 16mm on the Z-mount, allowed Nikon to create small bodies and show fast lenses, even a luminous f/0.95. One important element to remember is that this applies essentially to wide-angle lenses, which are difficult to design for (D)SLR cameras, due to the flange distance. 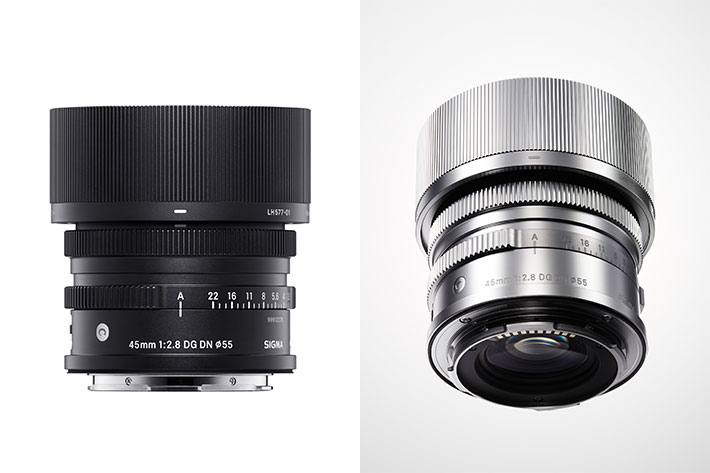 Canon’s large mount has been around for 30 years

Canon was a pioneer, because the company already has a large diameter mount, the EF, introduced three decades ago. Now, it only had to remove the mirror box, reposition the sensor and rearrange the connections on the lens mount, for a better distribution of light rays, to claim that its mirrorless R system offers lenses with unprecedented quality. The company also showed fast lenses that demonstrate how the short flange distance and large diameter make it easier to create improved lens designs. Easier is the keyword here.

So it’s the sum of the parts that make the new lenses better, while easier to build. This may be a key argument for companies to invest in mirrorless, although I believe that in most cases, the differences in final quality will not be astronomically different, else SLRs would not have been popular for so many decades.  Now that we’ve looked at some background information, it is time to see the new trio from Sigma: Sigma 35mm F1.2 DG DN Art, Sigma 14-24mm F2.8 DG DN Art and Sigma 45mm F2.8 DG DN Contemporary. 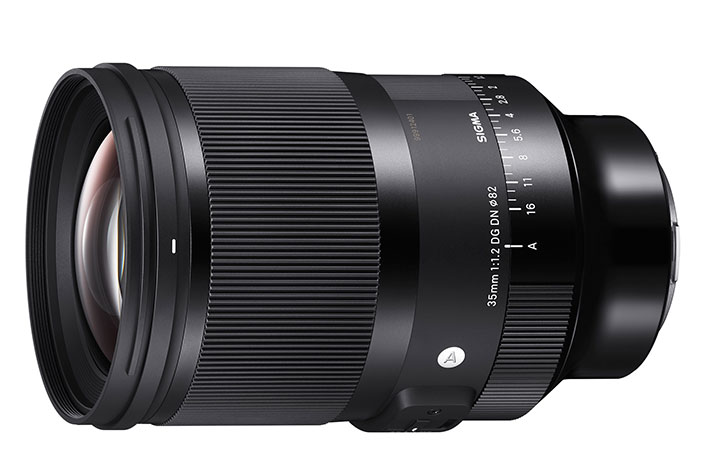 The second lens introduced by the company is the Sigma 14-24mm F2.8 DG DN Art, the ultimate large-diameter, wide-angle zoom lens for astrophotography for full-frame mirrorless cameras. The uniform rendering performance and outstanding edge to edge resolution, says Sigma, “is perfect for capturing the weak light emitted by the stars at night. By utilizing the characteristics of the short flange focal length, this new-generation large-diameter zoom lens combines both compact body and unprecedented high-resolution image quality.” 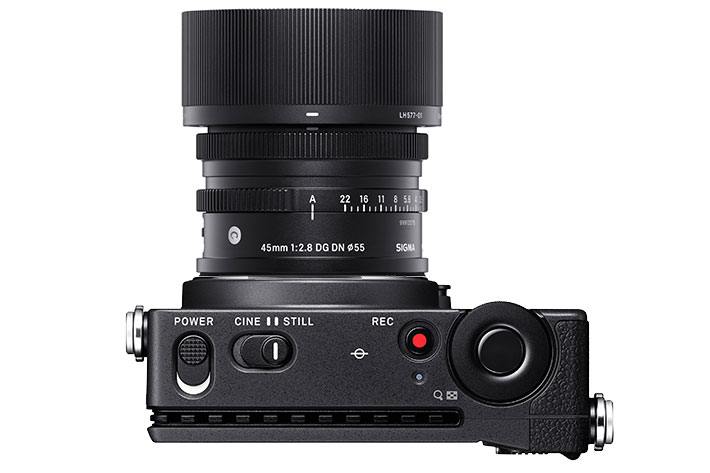 A lens made for the Sigma fp

The third lens is a prime, the Sigma 45mm F2.8 DG DN Contemporary, a compact package, designed for use with smaller full-frame mirrorless cameras, it balances easy-to-carry form factor and high optical performance. The perfect everyday companion for the traveling photographer, according to Sigma, “this rugged lens produces smooth bokeh effects when wide open. The 45mm F2.8 Contemporary also realizes modern sharp rendering when stopped down. With a minimum focusing distance of 24cm, photographers can also enjoy shooting snapshots and tabletop photos.”

While the 45mm may sound a bit out of tune regarding the other two, it’s appearance makes sense if you remember that Sigma just introduced its own full-frame mirrorless camera, the Sigma fp, which is a departure from everything else in the market, and is a cinema camera besides being a photographer’s tool, if you want. The Sigma 45mm F2.8 DG DN Contemporary seems like a nice lens to have in front of the camera, and one that can be used for shooting moving images, too. 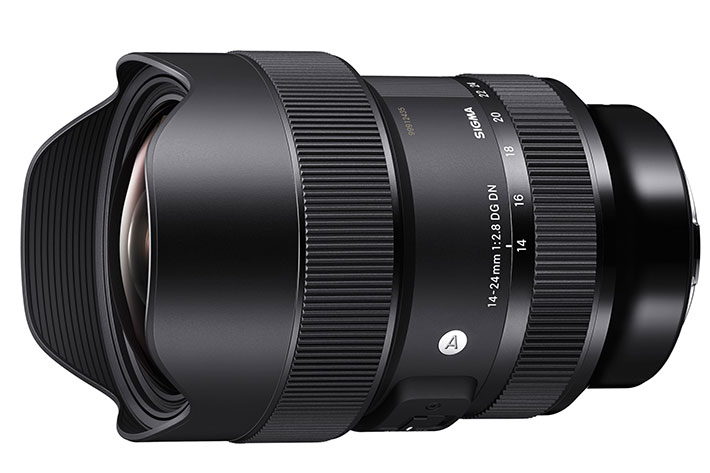 Sony and Leica mount only

Back on track with the key story here, it’s important to note that the advantages of the short flange only are visible in optical systems up to a focal length of 35mm, so that’s where most of the changes in the design of lenses will make any sense. Although Sigma’s 45mm is also a new design, it’s in the Sigma 35mm F1.2 DG DN Art  and the Sigma 14-24mm F2.8 DG DN Art that the most radical changes happen.

The introduction of these lenses by Sigma is good news for photographers and videographers, as Sigma entering the market means prices from brands as Canon, Nikon and Sony will, eventually, come down. Yes, the lenses now announced are only for Sony E-mount and the Leica L-mount, but we will probably see these focal lengths appear for Canon R and Nikon Z too. 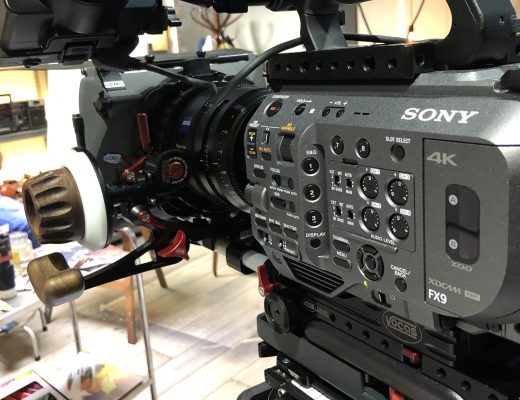 The IBC Show in Amsterdam is by far one of my favorite trade shows to attend. Like NAB in... 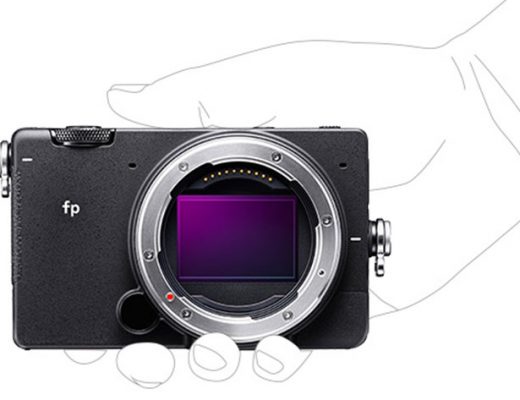 The SIGMA fp is the first camera resulting of SIGMA’s participation in the L-Mount Alliance. It is presented as...