While the first SSDs where fast but limited by the available connections, the NVMe models are blazing fast when high-performance computing is needed. Samsung just announced the new 970 PRO and EVO. 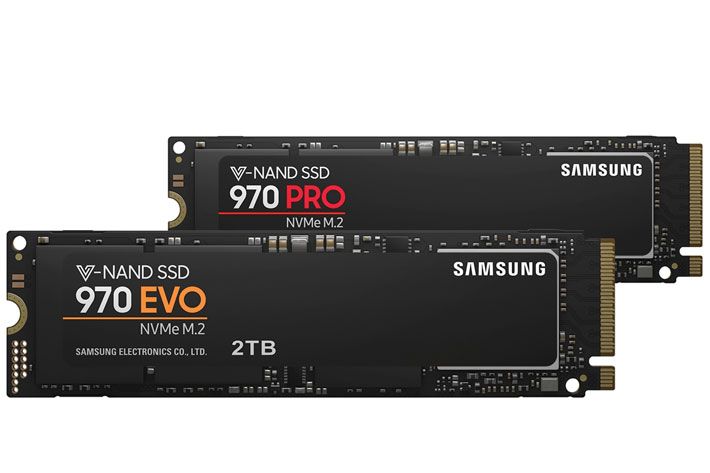 Able to run 30 percent faster than the previous generation, the 970 PRO and EVO SSDs from Samsung are built for professionals who need higher bandwidth for intensive workloads on PCs and workstations.

If you’re building a new computer, SSDs are an essential element to look for, but the classic SSDs many of us used or still use, are a thing of the past, at least for when you need to move huge chunks of data around, with the NVMe SSD becoming the norm. If you’ve a computer offering the needed connections, and can afford the extra cost, then the Non-Volatile Memory Express or NVMe is your best friend. This communications interface developed for SSDs is able to use bandwidth ways that the legacy SATA and SCSI can not.

The companies producing SSDs knew of the bottleneck since the start, but didn’t care much about it to begin with, as the speed achieved by conventional SSDs was, still, above what HDD could offer. But as the desire to use more and more data grows, the urgency of finding a new solution led to the appearance of NVMe. While SATA connections limit the speed for any conventional SSDs today, no matter how fast they are, the NVMe SSDs allows for faster speeds, that are getting faster. In fact, the now announced 970 Po and EVO offer up to 3,500 MB/s read and 2,700 MB/s write speeds – nearly 30 percent faster sequential write speeds than the 960 Series.

Having led the market with the first consumer-focused NVMe SSD in 2015, Samsung continues to push the performance barriers with this latest generation of SSDs that are built for tech enthusiasts and professionals so that they can enjoy higher bandwidth for intensive workloads on PCs and workstations.

The Samsung 970 PRO and EVO are designed based on the M.2 form factor standard and with the latest PCIe Gen 3×4 lane interface. The 970 series maximizes the potential of NVMe bandwidth, delivering unparalleled performance for processing large volumes of data, including 3D, 4K graphics work, high-end games and data analytics.

“Samsung has led the NVMe SSD industry since its inception, and the company continues to define the latest standards of consumer storage with unprecedented performance of the 970 PRO and EVO SSDs,” said Un-Soo Kim, senior vice president of Brand Product Marketing, Memory Business at Samsung Electronics. “The 970 series sets a new bar in all aspects for the NVMe SSD market with groundbreaking performance, superior reliability and best-in-class capacity.” 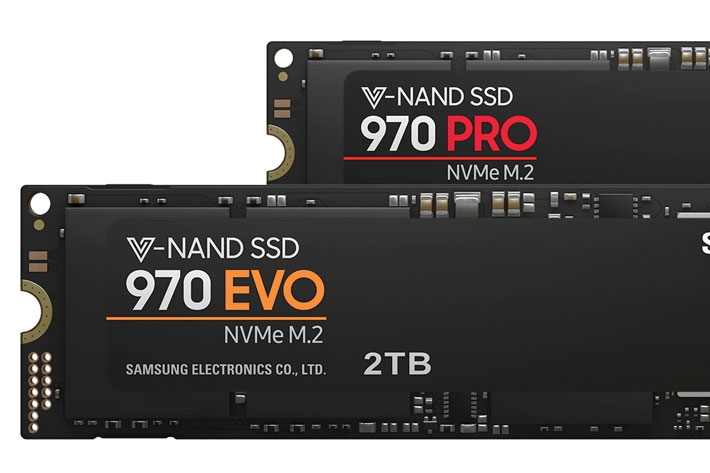 In addition to the advancements in performance levels, the 970 PRO and EVO deliver, adds Samsung, “exceptional endurance and reliability. Featuring a five-year warranty, or up to 1,200 terabytes written – 50 percent higher than those provided for the previous generation – the 970 PRO and EVO are built to last.” Samsung also says that “the Dynamic Thermal Guard technology safeguards against overheating by automatically monitoring and maintaining optimal operating temperatures, while a heat spreader and new nickel-coated controller further lower the SSD temperatures.” 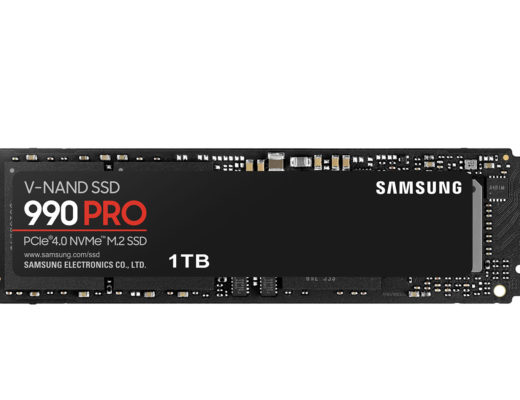