Drones use electrical engines, but the Yeair! wants to change it all: this German made drone uses gasolin to take up in the air a 11 pounds payload at speeds of 60mph, for one hour. 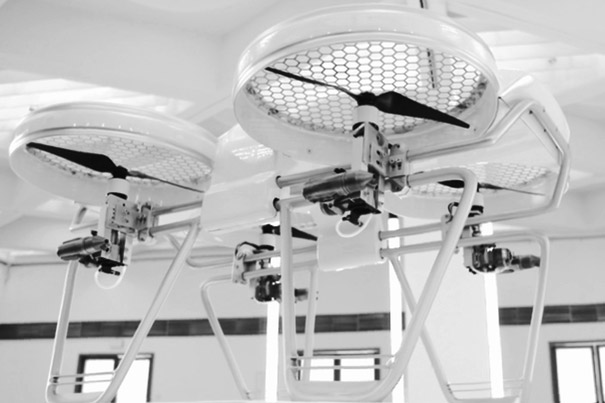 Launched on Kickstarter and almost funded in hours, the Yeair! is the first quadcopter in history that takes the challenge of carrying combustion engines that can be controlled with the accuracy of a normal engine. It offers, according to creators, more airtime, more payload, more speed and more style.

Behind the Yeair! drone project is German inventor Holger Willeke, developer and initiator of the idea, and friends Sascha Schlüter and Christian Rose, all involved with engines, fast cars and electronics. The Yeair! project started in 2012, and the team shows, in a 72 seconds video, how the project evolved from the initial prototype to something that is now ready for mass production and can be bought from $1,500 upwards, depending on configuration, through the Kickstarter page. Commercial price will be higher.

Tradicional drones continue to have limited flight time, and that’s something that the Yeair! wants to solve, through combining the reliability of electric engines with the power of a combustion engine to have the best of both worlds. In a time of hybrid cars, this is the first drone mixing the reliability of electric engines, when it comes to control, with the power of two-stroke 10cc gasoline engines.

The combustion engine bears the main load and is powered by fuel which has ultimate power density in contrast to conventional batteries. Unfortunately, says the team behind the project, “combustion engines are not very dynamic, so we have developed an elaborated system with an electrically powered alternate/hub shaft. This shaft is directly coupled to the combustor to relate accelerations and delay values, effectively empowering the quadcopter to fly as stable as e-flight-only, giving it more power for a longer period of time.” 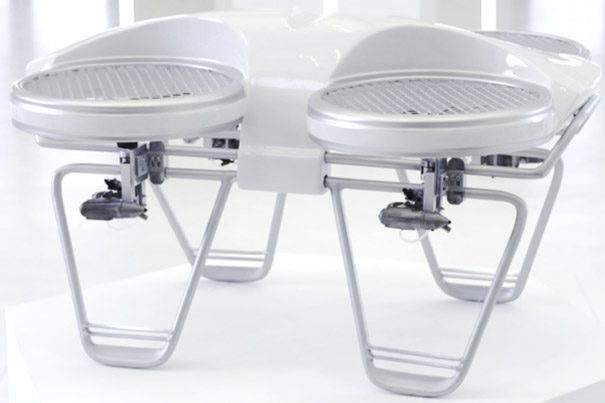 The hub shaft is able to start the combustion engine, so an extra starting device is not necessary. Simply fuel up and you are ready to take off. The small on board battery starts the engine. While in flight, it buffers the energy resulting from slowing down the engine and puts it on disposal again, should acceleration be needed. So you end up with almost full battery which is handy if you want to refuel and start again.

Sending a drone (or should we call it a RC helicopter?) with a gas tank up over one’s head might give concerns to some people. The team behind the project say that “skillfully automanaging of the driving units, malfunctioning of combustion engines or a controlling unit is swiftly compensated for, depending on the number of affected units” and add that “in any case a safe landing is guaranteed in contrast to conventional quadcopters with e-engines only. There, a malfunction will end up in a guaranteed crash. Our model has virtually built-in octocopter safety inside the quadcopter.” 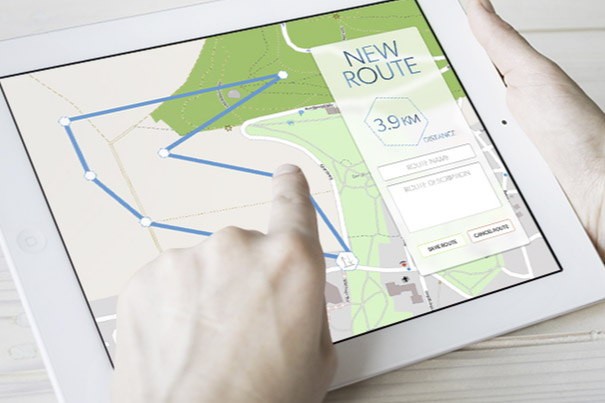 One should note that the combustion engines used on the Yeair! are off-the-shelf and run on conventional motorbike/scooter fuel. In fact, they look very similar to those micro engines used in some model RC helicopters, so this may be as safe/dangerous as flying a small helicopter model. The Yeair! will be controllabe with a smartphone, as is usual these days. The team confirms that Yeair! follows GPS equipped smartphones running iOS or Android, maning a Follow-Me- Mode is viable.

One advantage of the Yeair! drone is that it does not need perfect weather to fly. Due to its stability and power systems, it is now possible to fly, even with strong winds — without taking unnecessary risks. There is a lower risk of failure due to the dual motor system.

This may be an asset – if it works as said – for filming crews that need to capture images under extreme conditions, something not viable with actual systems. As for vibration, due to the use of combustion engines, creators say that “the basic design of Yeair! was developed to minimize vibrations — down to a level which is common for multicopters.” In terms of support for cameras, the Yeair! offers plenty of space at the bottom plate to install all types of gimbals, while Yeair!’s electrical connections match with all types. 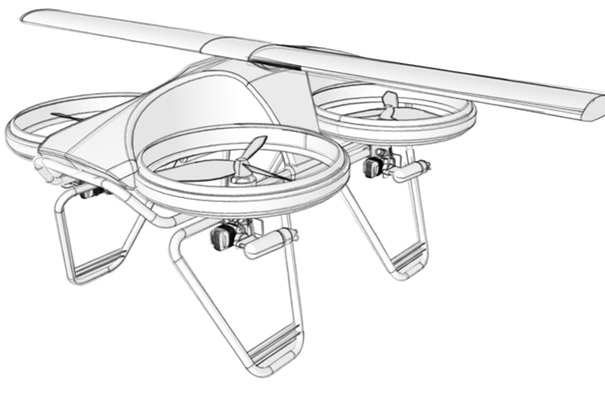 With more than 50 days to go, the project has received €62,992 from a €70,000 (a little over $76,000) goal, meaning it will be funded in time, if the trend continues. In May 2016 the first models will be delivered to backers. And the team has already projects for extended options, if their funding is extended to a higher level. A wing that allows the Yeair! to fly beyond the 32 miles range is planned. The first wing combined with a quadcopter offers a 30% extended range.

The Yeair! is an interesting project when it comes to autonomy for aerial videography, but do read all the information before supporting a Kickstarter project.