Traveling by airplane with your batteries is easier now, with the new Mini V-Lok, ultra-small and lightweight V-Lok battery now available in the United States. 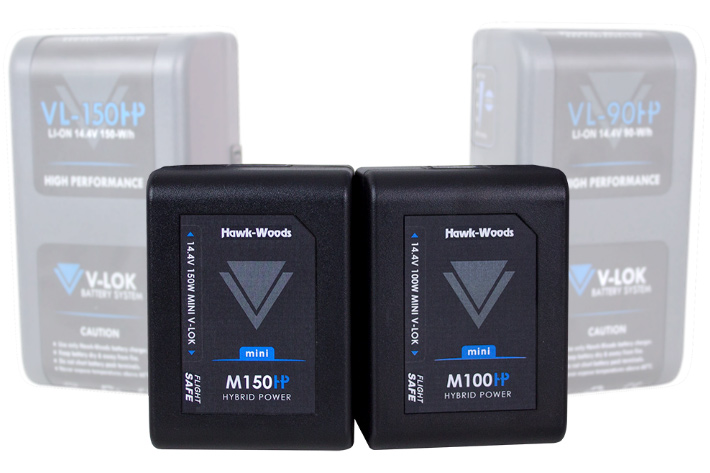 Hawk-Woods developed a new flight-safe broadcast battery able to deliver up to 150wh and which fits in the palm of a hand. Meet the Mini V-Lok, and the special dual-mount plate able to hold two batteries.

Developed as an alternative to standard, travel-size batteries for power-hungry broadcast equipment, the Mini V-Lok from Hawk-Woods was introduced at IBC 2017 in Amsterdam, and has now made its way to North America, through Manios Digital & Film. 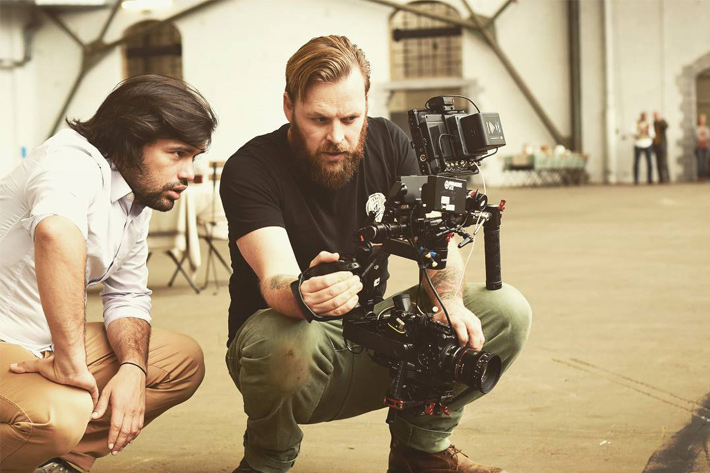 “It packs a lot of power-into a small footprint,” said Manios Digital & Film President Steve Manios Jr. “Hawk-Woods Mini V-Lok eliminates the need to swap out batteries every hour without adding undo extra weight.” The Mini V-Lok is the smallest battery of its type in the world, fitting comfortably in the palm of a hand. It is flight-safe, available in two sizes, 100Wh and 150Wh (the 150Wh version features two D-tap outlets), and capable of powering cameras, monitors, lights and other types of broadcast equipment. When used in tandem with an optional dual, hot-swappable adaptor, Mini V-Lok can deliver up to 300wh of power—double that of a standard V-Lok—in a device profile only fractionally larger. 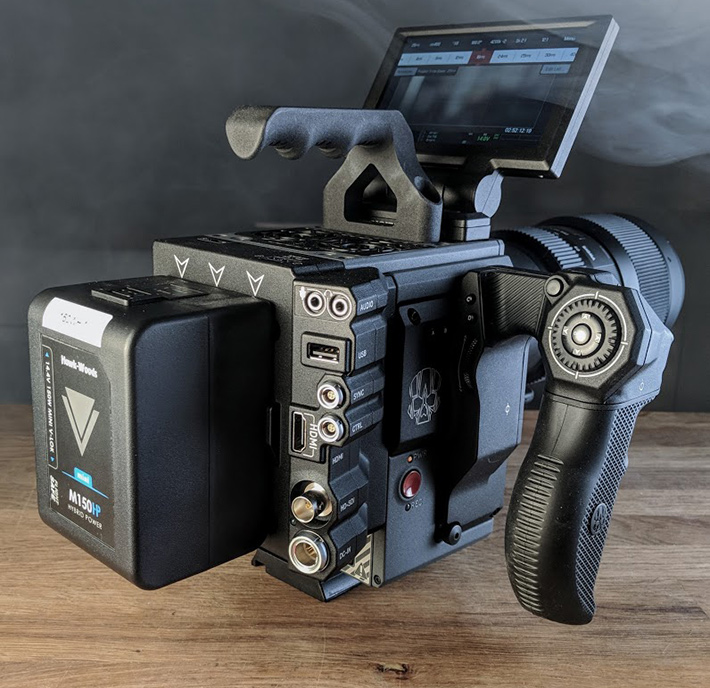 Film and television crews in Europe have already embraced the Mini V-Lok. Cartoni France sold the first units to Parisian camera company Next Shot, who immediately provided them to crew working on the Luc Besson film Anna. “The crew loves the compact and lightweight size, and the ability to hot-swap batteries via the Hawk-Woods double V-mount plate,” said Cartoni France CEP Régis Prosper. “These batteries are an ideal choice for lightweight configurations—and they conform to air transport restrictions.”

Hawk-Woods is also introducing a hot-swap battery mount for the Mini V-Lok. VL-MCF1 (and VL-MCF2 for RED) is a dual-mount plate that allows two batteries to be simultaneously attached to a camera or other device. Intelligent LED sensors monitor battery status, so the operator knows exactly when a battery needs to be changed. VL-MCF1 is compatible with Hawk-Woods VL-M100 and VL-M150 mini V-Lok batteries and includes two D-Tap (powerCON) outlets.

“Either battery can be swapped out without having to power down, so you never run out of power,” explained Manios. “It works like stackable batteries except that you don’t have to carry around the extra weight of a dead battery.”