The pandemic has changed the way companies promote their products and here is another example: Maxon’s events for the remainder of 2020 will be free virtual events hosted on 3DMotionShow.com. 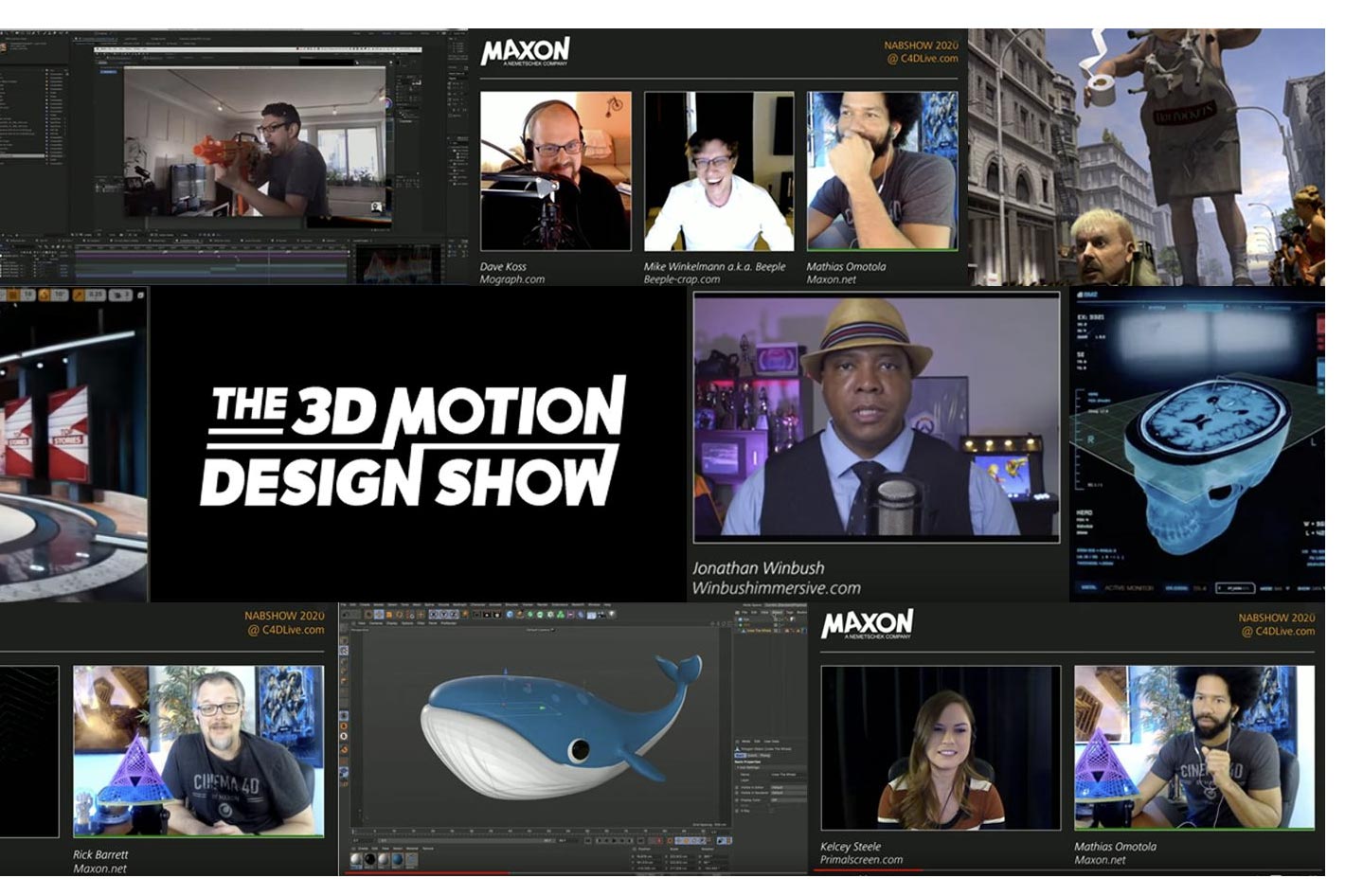 Following the success of Maxon’s NAB digital experience, the company is going to host a series of virtual events to coincide with the now cancelled Siggraph, IBC, NAB Show NY, HOW and Adobe Max shows.

As New York City begins to reopen and Hollywood goes back to work, many companies continue to use virtual events as their solution to get in touch with clients, communities and the public. Maxon, the developers of professional 3D modeling, animation, and rendering software solutions, just announced that its trade shows, road shows and special events for the remainder of 2020 will be free virtual events hosted on 3DMotionShow.com (formerly C4DLive.com).

The launch of the new  Maxon’s 3D and Motion Design Show, which will host a series of artist-focused digital experiences, signals that Maxon is rebranding the company’s streaming events to reflect the full product line after the acquisition of Redshift and the merger with Red Giant.

Following the success of Maxon’s NAB digital experience, the company will host a robust calendar of online streaming events to coincide with the timing of Siggraph, IBC, NAB Show NY, HOW and Adobe Max — shows that are now cancelled as in-person events. Each virtual trade show or event will be modeled after Maxon’s NAB Show online event, which featured four full days of exciting presentations that streamed live the same week the major industry conference would have taken place prior to its cancellation amid the Coronavirus pandemic.

Maxon will be hosting this series of events as “The 3D and Motion Design Show.” It will feature the world’s top motion graphics and VFX artists showcasing professional 3D techniques and real-world production workflows using Cinema 4D, Redshift and the Red Giant suite of products. Presentations from each event will be streamed live and available online shortly after airing on 3DMotionShow.com as well as the Maxon YouTube channel.

The Maxon virtual event calendar for June through December 2020 includes: 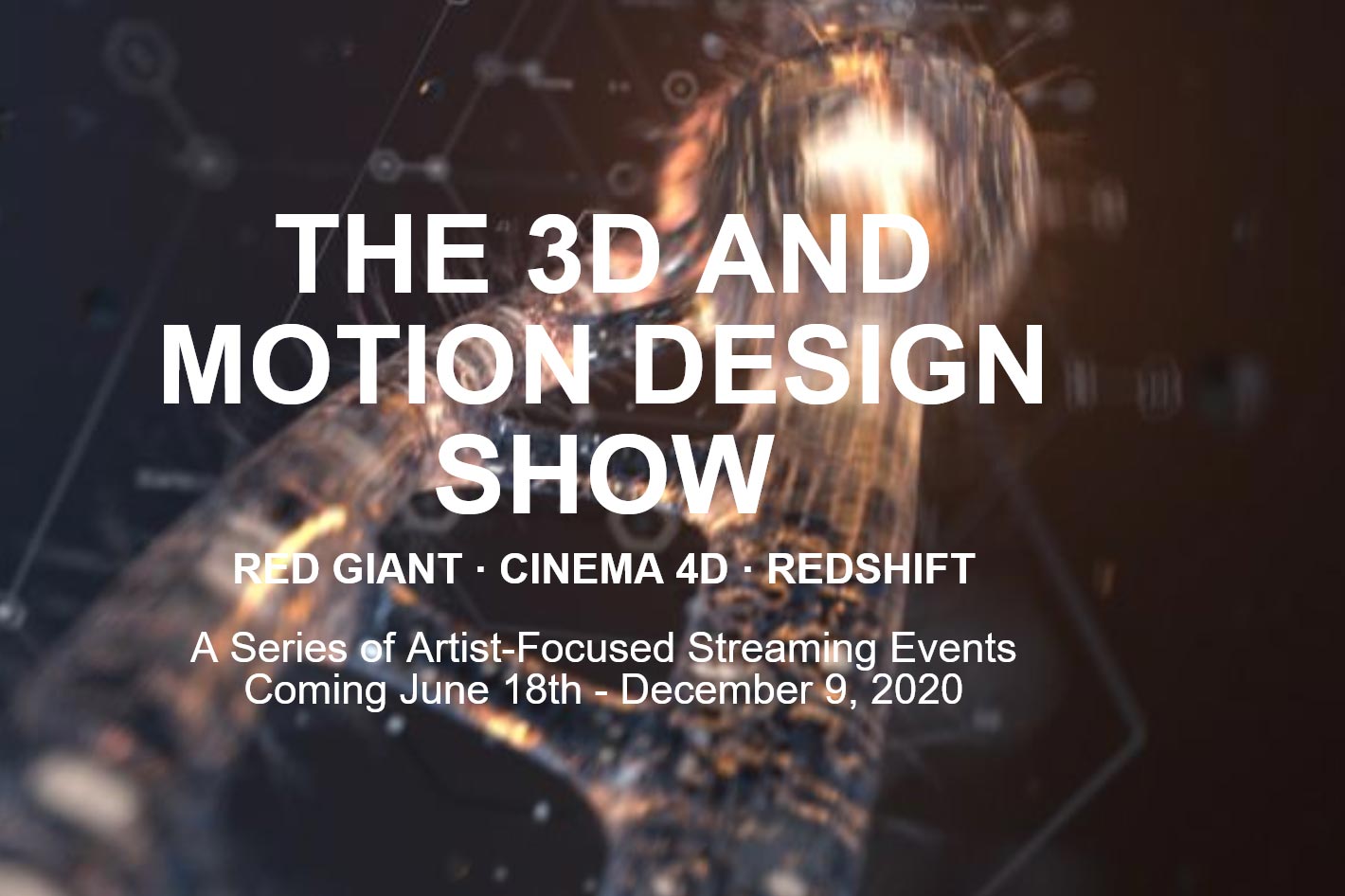 During Maxon’s calendar of online streaming events, a series of artist-focused digital experiences will be shared with ther audiences. Presenter highlights include:

Anthony Abbott, Senior Creative of San Francisco-based motion design studio Swordfish, will discuss the creation of the company’s short film, Talos, which was produced during studio down-time and completed while the creative team was sheltering in place during Covid-19. Anthony will share techniques used in Cinema 4D, Redshift, and Red Giant Looks to create the film’s mesmerizing 3D visual effects.

Alan Towndrow, Rigger and Animator for Bomper Studio, a leading creative production studio in Wales, will share how they relied on the character animation toolset in Cinema 4D to create its recent hilarious animated short, Coffee Run. Alan will also share the details of their contest for aspiring animators called #MovingColin, with prizes that include a Cinema 4D subscription and a Bomper Studio internship. if you want to know a little more about the animated short, read the article where Bomper explains how they made the short showing  a staff drink run gone horribly wrong.

“The 3D and Motion Design Show” kicks-off on June 18th, at 8:00 a.m. (PDT). Interested viewers can sign up now to receive updates and for early access on 3DMotionShow.com.