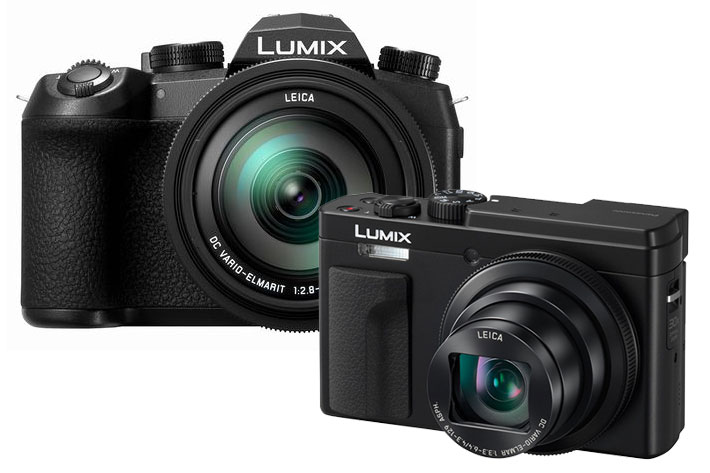 Arriving in time for Spring, the Panasonic LUMIX FZ1000 II will be available this March, priced at $899.99. The ZS80 will be available in April, with a price of $449.99. The first is presented as a versatile bridge camera, while the ZS80 is seen as a pocket-size travel zoom camera able to keep up with your creative goals. Both share some specs that make them attractive solutions not just for photo but also for video shooting.

Both cameras are able to record up to 4K UHD video in 3840×2160 at 30p or 24p in MP4, besides featuring a series of other modes and options regularly present in the LUMIX series of cameras from Panasonic, like 4K PHOTO, which allows users to capture sequences at 30 fps and save the selected images in 8-megapixel high resolution photos. 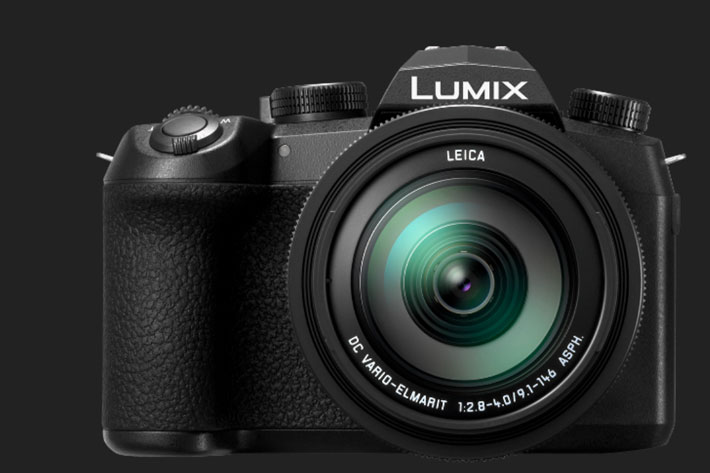 The LUMIX FZ1000 II comes with a 16x optical zoom LEICA DC VARIO-ELMARIT lens (35mm camera equivalent: 25-400mm) associated to a 1-inch 20.1-megapixel High Sensitivity MOS Sensor that boasts high S/N ratio, making it possible to capture clear images with minimum noise even when shot at high ISO. Panasonic says that the lens and sensor association allows users to create “stunningly beautiful defocus”, confirming what I wrote here recently about the importance of bookeh and backgrounds out of focus in 2019. On the other end, the minimum aperture of the lens is extended from F8.0 (FZ1000) to F11, achieving F2.8-F11 at the wide end and F4.0-F11 at the tele end.

In terms of creative tools, the camera includes L.Monochrome and L.Monochrome D modes newly added to Photo Style, making it possible to shoot dynamic monochrome photos with emphasized highlights and shadows while preserving the details. For more creative freedom, Creative Control, Creative Panorama and Photo Style are available, along with a series of other features. 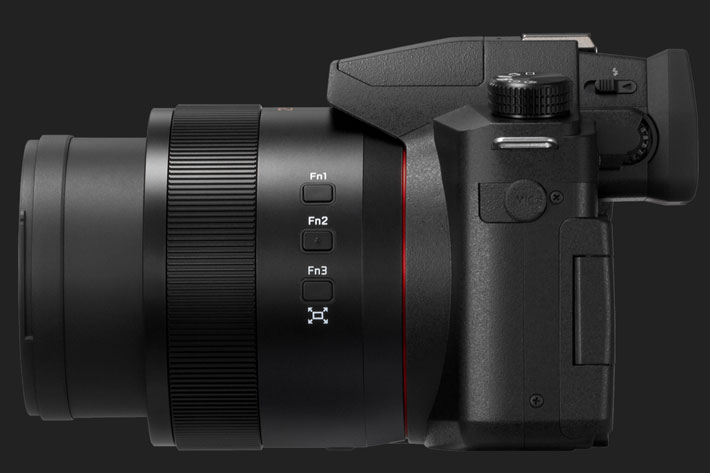 As usual, motion images can be recorded for up to 29 minutes 59 seconds depending on the recording format and the camera’s sales area. Consult the camera’s specifications for all the information regarding the different shooting options.

For even faster response and higher mobility, the LUMIX FZ1000 II integrates a dedicated linear motor into the focus system. The Light Speed AF with the adoption of DFD (Depth From Defocus) technology shortens the time to focus. It also boasts high-speed burst shooting at 12 fps (AFS) and 7 fps (AFC) for up to more than 100 (JPEG) / 26 (RAW) images to capture fast moving subjects in-focus. The LUMIX FZ1000 II is capable of releasing the mechanical shutter at 1/4000 sec and 1/16000 the electronic shutter, which reduces washouts even under strong sunlight. 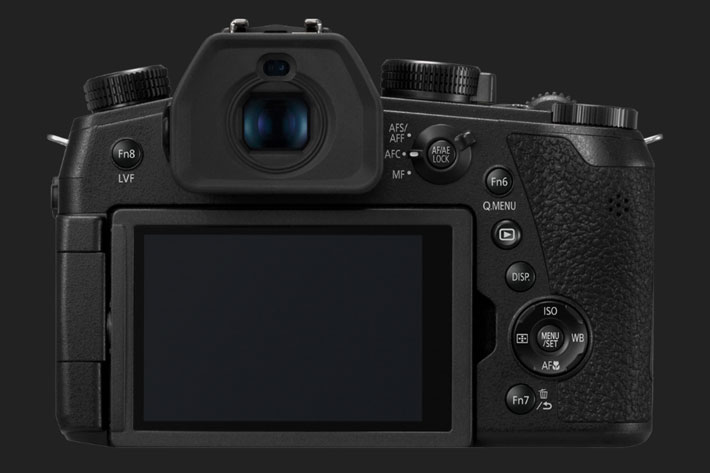 In addition to this, the stability of continuous focusing is now even smoother, adds Panasonic, “by minimizing wobbling in both photo and video recording. Together with the quick start-up and short release time lag, the LUMIX FZ1000 II never lets photographers miss those fleeting photo opportunities.”

The FZ1000 II boasts a high-precision, high-speed OLED (Organic Light-Emitting Diode) LVF (Live View Finder). With 0.39-inch 2,360k-dot high resolution in 4:3 aspect, the new LVF boasts approx. 0.74x (35mm camera equiv.) magnification and 100% field of view. With an eyepoint of approximately 20 mm, it offers high visibility with comfort for users wearing glasses. It is always sharp and clear from the center all the way to the corners.

The new 3.0-inch 1,240k-dot free-angle rear monitor with touch control rotates 180° to the side and tilts 270° up and down to offer approx. a 100% of field of view. Adopting a static-type touch control system, it immediately lets users focus on the subject by simply touching the screen and releasing the shutter. It is free and easy to enlarge the target point with the fingertips for precise focusing. 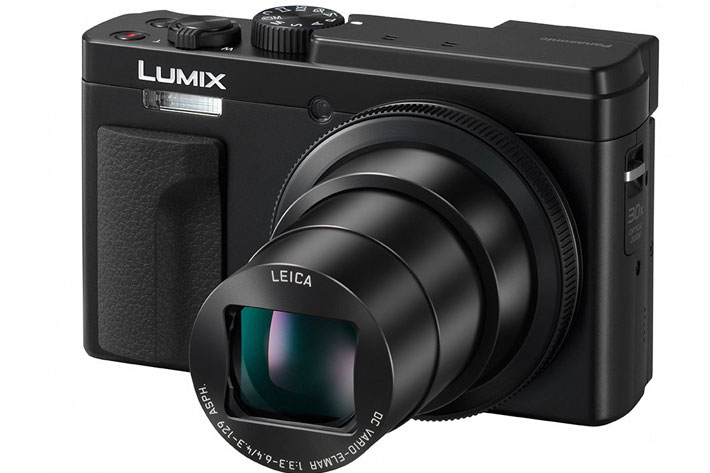 The LUMIX ZS80 incorporates a 1/2.3-inch MOS Sensor with 20.3-megapixel high resolution. For even faster response and higher mobility, the LUMIX ZS80 integrates, similarly to the LUMIX FZ1000 II,  DFD (Depth From Defocus) technology which shortens the time to set the focus resulting in an ultra-high speed AF of approximately 0.1 sec. The LUMIX ZS80 boasts high speed burst shooting at 10 fps (AFS) / 5 fps (AFC) to capture fast moving subjects in-focus and even allows more than 26 consecutive shots in RAW. 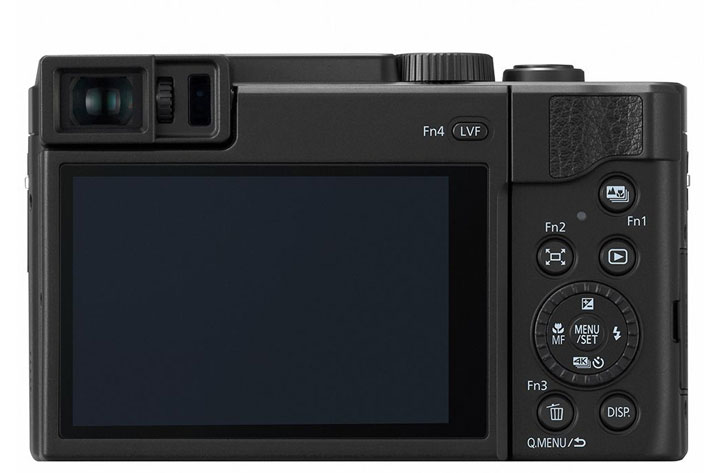 As mentioned before, the LUMIX ZS80 records high-resolution 4K video in 3840×2160 at 30p or 24p in MP4. It also captures Full-HD 1,920 x 1,080 videos in AVCHD Progressive or MP4 (MPEG-4 / H.264) format with practical full-time AF. High Speed Video enables subjects to be recorded with fast motion in Full-HD at 120 fps, while Time Lapse /Stop Motion Animation are also available.

Sharing the same 4K PHOTO features as the FZ1000 II, the LUMIX ZS80 offers a series of creative functions and integrates Bluetooth and Wi-Fi connectivity to offer a more flexible shooting experience and instant image sharing with easy operation. The LUMIX ZS80 is a good addition to the popular “Travel Zoom” ZS Series.