It’s presented as the world’s first standard zoom lens achieving full-range F1.7, but if you shoot video, other features also make the new 10-25mm lens a “must have” for MFT. 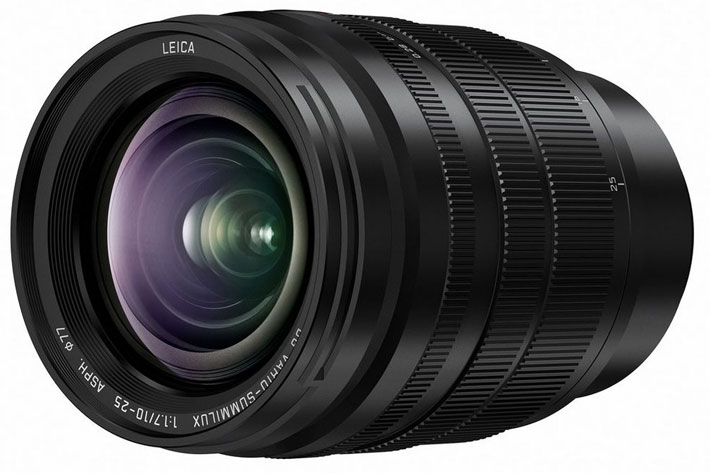 No focus breathing, stepless aperture and 9 blades. These are features that video shooters will appreciate, besides the fact that the luminous aperture of f/1.7 extends all along the focal range, 10-25mm (or 20-50mm if you consider 35mm) on the new lens announced by Panasonic in time for Cine Gear Expo 2019. The Panasonic Leica DG Vario-Summilux 10-25mm f/1.7 ASPH., first mentioned last year, during Photokina, is now confirmed and will be available in July, confirming that Panasonic has not left Micro Four Thirds behind. In fact, this lens suggests otherwise, as it is a specialized lens that appeals to photographers but seems designed with videographers in mind.

Almost forgotten due to the announcement of the new full frame mirrorless camera S1H, a video-centric model, and other news related to Panasonic’s full frame mirrorless cameras, the Leica DG Vario-Summilux 10-25mm f/1.7 ASPH. lens is, as Panasonic’s marketing presented it, the world’s first standard zoom lens achieving full-range F1.7, but it is also, it’s important to mention, a sign that Panasonic is committed to expanding the of Micro Four Thirds lineup through its LUMIX G series of cameras and lenses. The company promised so when the first rumors of a full frame LUMIX system appeared, and delivers on the promise with this lens. 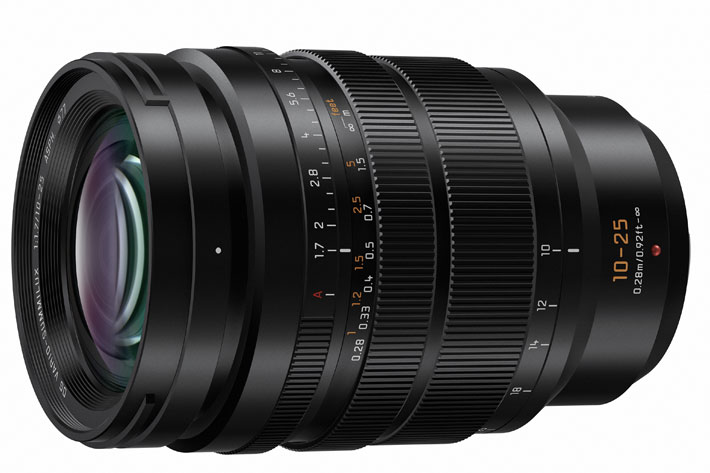 A  whole film shot with a single lens

The large F1.7 aperture throughout the entire 20-50mm (35mm camera equivalent) zoom range is, no doubt, a key element of the new lens, and a world’s first… “as a digital interchangeable lens for a mirrorless camera, as of May 31, 2019”, according to a footnote by the company. Panasonic says that the exceptionally high optical performance, clearing the stringent LEICA standards, makes the lens suitable not only for stills shooting, but also for video recording, to satisfy both professional photographers and videographers.

The full-range F1.7 ASPH. high-speed aperture provides, says the company “beautiful bokeh and high descriptiveness”. Covering a focusing distance from wide angle to standard zoom range, the LEICA DG VARIO-SUMMILUX 10-25mm / F1.7 ASPH. functions as a multiple fixed focal-length lens, providing the same or higher level of descriptiveness than a fixed focal-length lens can offer. It is suitable for a variety of daily shooting situations, from dynamic landscapes to portraits–even in low-lit scenes– eliminating the need to change lenses between variations in environment.

The short film presented here – This film was shot by a single lens –  is a good example of the variety of scenes the lens can cover, and is a good “real world” example of what can be achieved with the new MFT lens. Comprising 17 elements in 12 groups, the lens system features three aspherical lenses and four ED (Extra-low Dispersion) lenses that effectively suppress the axial chromatic aberration and chromatic aberration of magnification. Spherical aberration and distortion are also corrected by the aspherical lenses for, adds Panasonic, “stunningly” high resolution. The use of aspherical lenses coupled with the optimum design of the lens system, results in a compact size and light weight, while maintaining its optical performance. 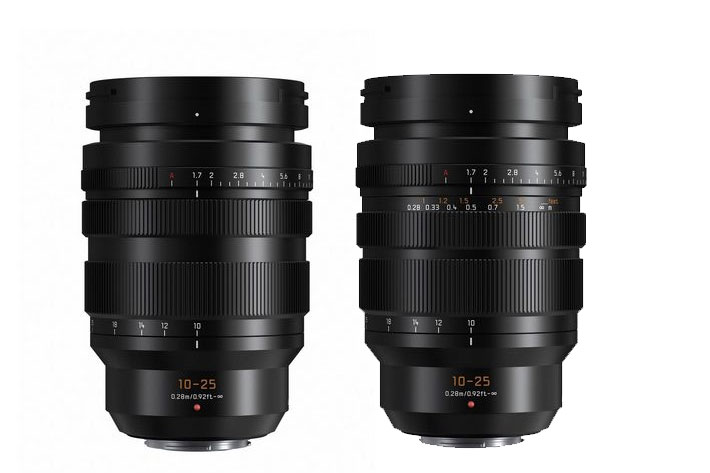 One feature photographers will love is the adoption of a focus clutch mechanism that enables instant AF/MF switching and accurate manual focusing, according to Panasonic. In fact, videographers will love it too, because it means you can rapidly move from autofocus to manual if you decide to. Pulling back the ring reveals the classic distance markings in feet and meters, to better adjust focus. There is more, though, as Panasonic states that the lens “also excels in video recording performance with a mechanism that suppresses focus breathing, which was previously a fatal problem of all interchangeable lenses designed for still image photography.” 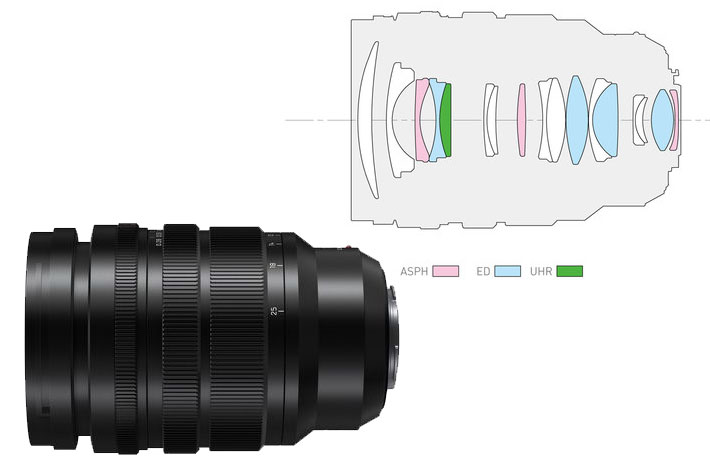 A lens made for the LUMIX GH5

Despite being light, with a weight of only 1.52 lb / 690 g, the lens offers a durable weather-sealed physical design, to withstand use under harsh conditions even at -10 degrees Centigrade for high mobility. Nine blades give the aperture a rounded shape that produces an attractively smooth defocus effect in out-of-focus areas when shooting at larger aperture settings. Filter diameter is in 77mm. A highly reliable metal mount endures long time use.

A lens like the new 10-25 divides opinions. While some will swear by the Sigma 18-35mm F1.8 Art DC HSM lens with the Metabones Speed Booster XL 0.64x adapter, which has been the solutions adopted by many until now, others will prefer the Panasonic 10-25mm F1.7.  It’s never easy to satisfy everybody with a single product, and this is, again, the case. Some simply love the fact that this lens is clickless when it comes to f-stops, meaning it is adequate for video work, while others complain that the barrel has no geared teeth for focusing, making the lens useless for follow focus. Still, an adapter may well solve that problem, as has been the case with other lenses and brands.

One criticism made to the lens is that despite its high-price, the 10-25mm does not come with image stabilization, a negative point if you use a GH5s and want to use this lens with it, as the camera does not offer IS.  While that’s true, the fact is that paired with the GH5, the lens will use the in body stabilization, making the 10-25mm an ideal companion to the GH5, and probably to other Micro Four Thirds video cameras it is compatible with, if you’re looking for a lens for video work and have $1,797.99 to spend.