Today Filmtools and Tim Smith released a new podcast called “Hollywood, How Did You Get Here?” In this podcast Tim, former Senior Advisor for Film and Television for Canon, talks with some of the industries most accomplished filmmakers about their journey to Hollywood and about the tools they use to create. 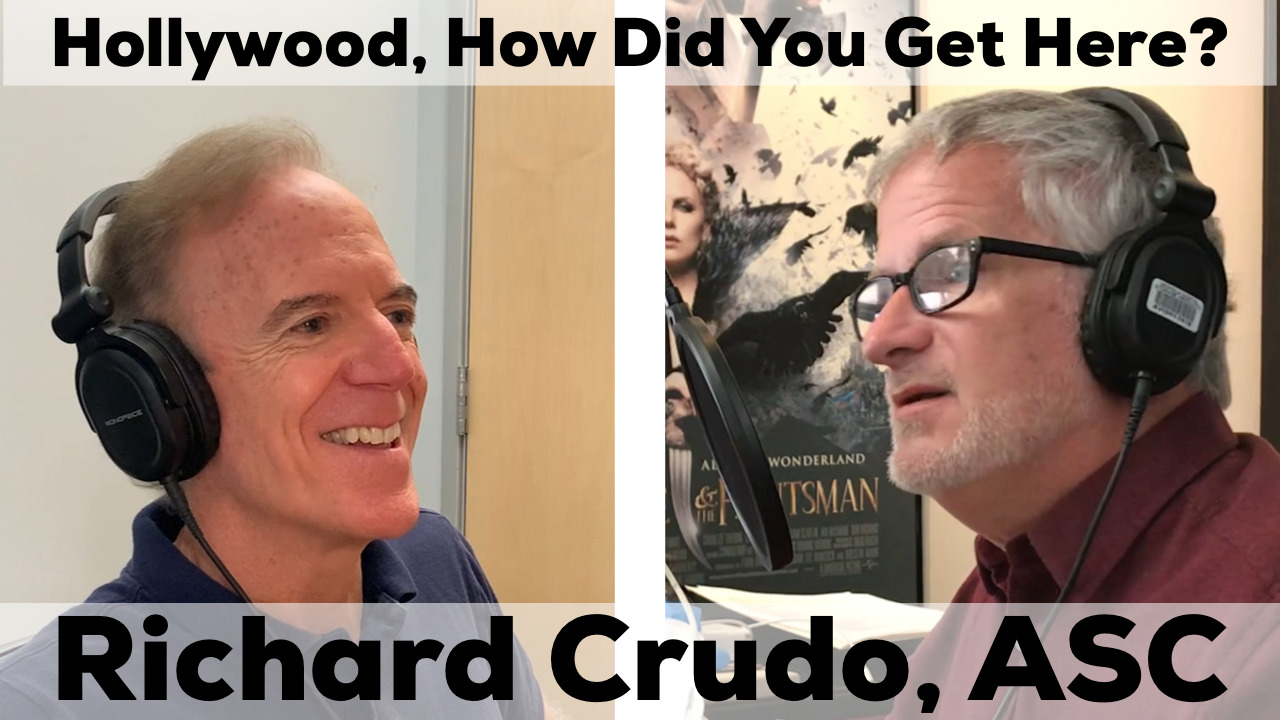 For his first interview, Tim sat down with the extremely talented cinematographer Richard Crudo, ASC. You likely know Richard from his work on films such as “American Pie” & “American Buffalo” as well as series like “S.W.A.T”, “Jane the Virgin” & “Justified.” Off set, Richard was a past Governor of the Cinematography Branch of the Academy of Motion Picture Arts and Sciences and was the 6 time President of the American Society of Cinematographers. Enjoy the episode!

Check out Richards blog, www.normalexposure.com. On the blog you can read about different projects Richard worked on as well as see some detailed lighting diagram breakdowns!

“Hollywood, How Did You Get Here?” Is brought to you by G-Technology, a leading storage solution brand for the entertainment industry. Use code HOLLYWOOD for 10% off G-Technology drives when you shop on Filmtools.com

Special thanks to our lighting sponsor Ledgo Technologies for supporting our show! Make sure to check out Ledgo on Instagram (@ledgo_led) for more.

“Hollywood, How Did You Get Here?” is available on Spotify, Anchor, Google Podcasts, Breaker, Pocket Casts & Radio Public. Make sure to subscribe so you don’t miss episodes as they come out!