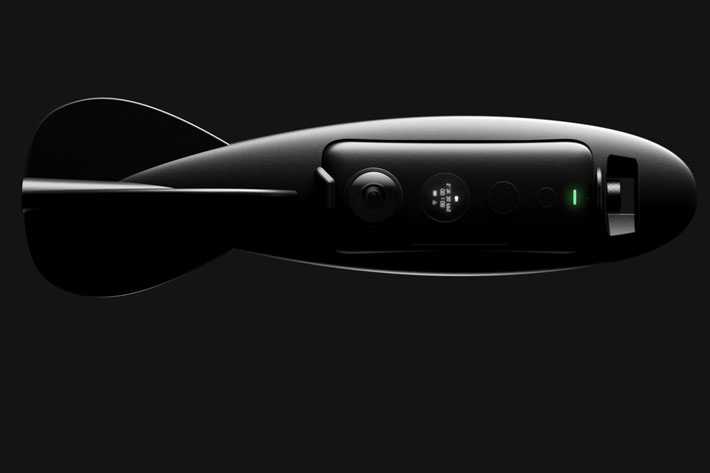 Available October 17, the Insta360 ONE X is presented as the future of the action camera. It offers cinematic slow-mo, groundbreaking stabilization, can be thrown around and be a “silent drone”.

The ONE X that soon will be available for Android and iOS users is more than a 360-degree shooter. The company behind it says that “it’s a new kind of action camera that uses 360 to give users more freedom and more creative possibilities – both during and after capture.”

Since it was founded, in 2014, Insta360 has invested in the development of 360-degree cameras. Based in Shenzhen and immersed in the city’s incomparable hardware ecosystem, Insta360 prides itself on creating groundbreaking products that push the envelope of both performance and accessibility. Insta360 cameras empower people to freely share experiences – full, immersive, lived experiences – no matter the time or place. With an Insta360 camera, users can take 360-degree photos and videos in high definition, and live-stream their experiences directly onto Facebook, Twitter, YouTube and other social platforms. When viewed in a VR headset, Insta360 experiences can transport people into places and moments they’ve never before imagined.

Preparing 2019, one year when we will see more developments in the use of VR, with companies investing more money in the area – and the AR (Augmented Reality) and MR (Mixed Reality) universes – Insta360 introduces its ONE X, announced as the future of action camera. The new model is a 5.7K camera that uses 360° capture, and, adds the company, “groundbreaking stabilization and cinematic slow-mo to radically expand what’s possible with a camera.”

The ability to shoot using an unlimited field of view with a stabilization pointed as “gimbal-level” and the new high-fps shooting modes offer users the “ability to control time and perspective in ways that make it feel more like a fleet of cameras than a single device.” The information available from the company behind the product makes it sound exciting and extremely easy.

With the ONE X you can shoot “in every direction” and make it all look good, despite the fact that it requires some serious resolution, because the camera records “at a best-in-class” 5.7K  at 30 fps. For dynamic scenes,  there is a new 50 fps in 4K UHD and 100 fps in 3K shooting modes keep action super-smooth and let you slow the action down to highlight key moments. Photos will also be sharp, 18 MP files which show vivid detail, while an increased pixel size offers superior image quality and low-light performance.

Stabilization wise, the ONE X works like a gimbal, without a gimbal, says Insta360. The camera uses the upgraded FlowState stabilization algorithm, analyzing movement in all directions to achieve a level of stabilization never before possible with a single device. FlowState lets users capture impossibly smooth video with no accessories needed. Mount the ONE X anywhere – from a helmet to a selfie stick to a kayak – and footage comes out looking like it’s been professionally stabilized. 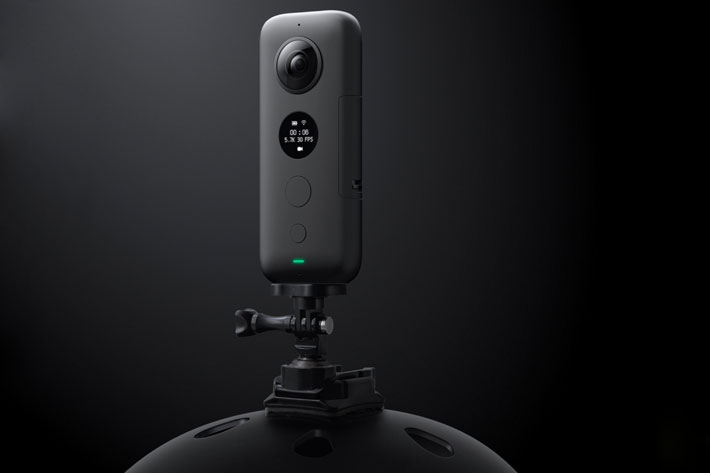 Shoot first, point later is a mantra for the ONE X. The 360-degree coverage means that you can choose the best way to frame an experience after it’s over – there’s no need to point your camera, and you’ll never miss a shot. Using the ONE X’s simple editing app, users can easily reframe and re-edit the best parts of a scene, creating cinematic clips that, says the company, “would never be possible with a traditional camera.”

The ONE X does a lot of things you expect from a camera, from HDR photos, timelapses, hyperlapses to interval shooting and timed shots.  It also lets users manually tweak image settings — including ISO, exposure value, white balance and shutter speed — to dial in the perfect shot. A new feature, TimeShift lets users adjust the speed of different parts of a clip on a whim. Users can highlight key moments with cinematic slow-mo, or speed things up with a stabilized hyperlapse  – the app always keeps playback smooth.

Action cameras need to be prepared to work under different conditions, and that aspect seems to have been key in the development of the ONE X. A series of accessories that expand the potential uses of the camera are available. Whether you paraglide, bungee jump, rock climb, surf or simply go out on for a walk with your dog, there is an accessory adaptable to your needs. 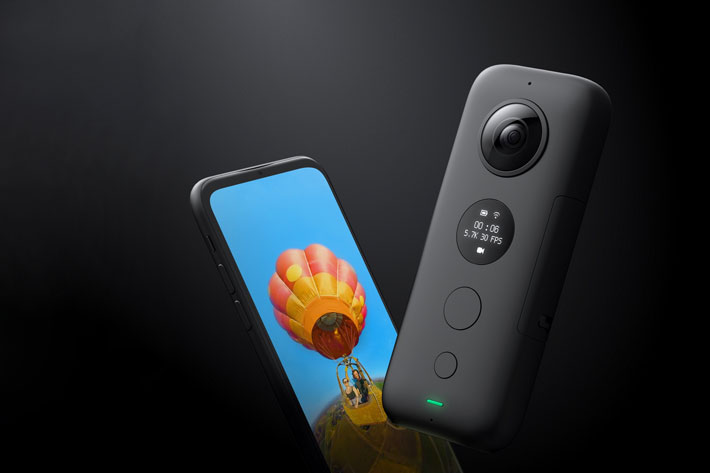 The ONE X as a “silent drone”

If you’ve ever dreamt of having a silent drone, and are willing to accept having a drone flying some 10 feet above your head, then the ONE X is your drone. Well, kind of… Pairing the camera with Insta360’s customized 10-feet selfie stick leads to stunning possibilities. Worried about the stick showing? Using the ONE X app, users can automatically remove a selfie stick from their scenes, leaving the ONE X apparently suspended in mid-air.

Furthermore, the ONE x does fly… kind of! Just snap it into the new Insta360 Drifter camera dart, and send it soaring. It’s not real flying, more throwing around, but the resulting Drift Shots — airborne slow-mo shots enhanced by the full freedom of 360 — unlock impossible angles and create a mind-blowing effect.

Bullet Time is back, now in 3K. Introduced with the Insta360 ONE, the unique Bullet Time shot, an orbiting perspective that puts a user at the center of an epic slow-mo shot, is back. The ONE X, though,  takes this concept to the next level with a wider field of view and a sharper 3K resolution. 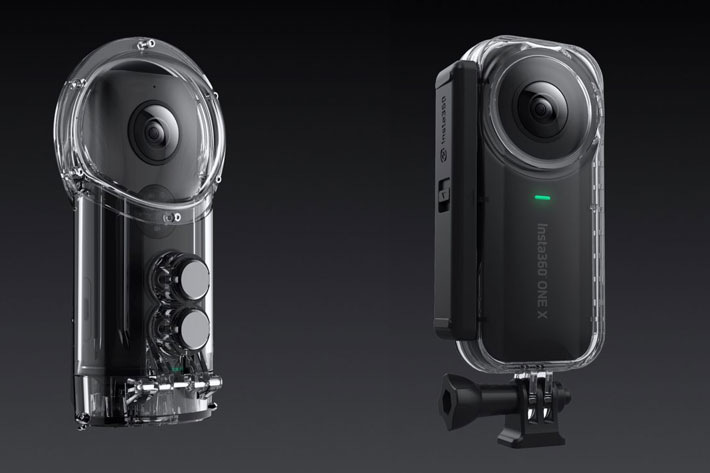 Take the ONE X underwater

Ready for the elements, the ONE X has two rugged case options available so you can take the camera anywhere. One of them is the Venture Case is a tough shell designed for above-water shooting, which offers splash protection and waterproofing to 5 meters. If you want to go diving, the The Dive Case is built to breach the depths. Specialized dome lenses allow for underwater 360 shooting — with a clean stitch – down to 30 meters.

With the optional GPS Smart Remote users control the ONE X, while automatically recording GPS data for video and photos. This data can be used to easily upload video and photos to Google Maps Street View, and to add a customizable journey-tracking dashboard to video clips – overlaying speed, direction, elevation, location and route info.

In terms of connections, the ONE X offers super-fast 5.8 GHz WiFi, letting users connect to conveniently preview and control their shots in real time. When they’re ready to transfer footage back to their phone for editing and sharing, they can quickly send it back over WiFi or connect directly with a transfer cable (Lightning, USB Type-C and Micro-USB cables come standard with the ONE X).

The Insta360 ONE X action camera is priced at $399.95 and available to order now via Insta360.com and select retailers worldwide.