The same month that Peter Oosting steps down as CEO of Hasselblad, the company announces it’s Masters photo competition for 2018 includes a new theme: aerial. 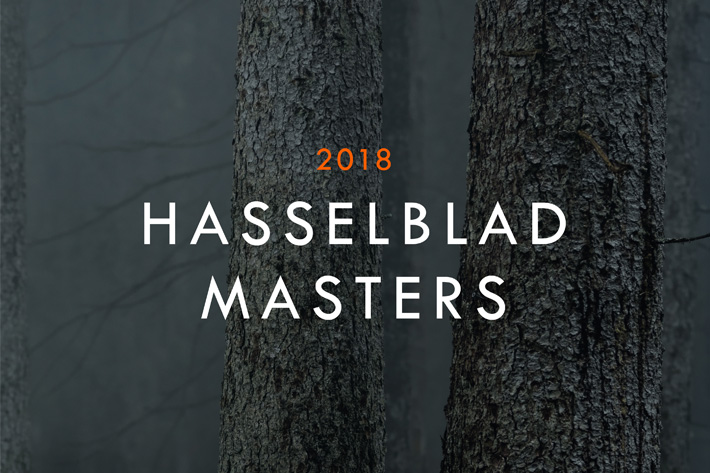 If there is a company with legitimacy to go aerial, it is Hasselblad. After all, Hasselblad went as far as the Moon. Now that heritage is reflected on the Masters competition.

The partnership with DJI since 2015 gives Hasselblad one more incentive to extend its competition to images taken from above. So, this year’s competition is bigger than ever with 11 categories, including the brand new ‘Aerial’ sector that pays tribute to Hasselblad’s history of aerial photography, with its technology used on several space missions including the first landing on the moon.

The renowned Masters competition for 2018 is announced the same month we see Peter Oosting step down from his role as CEO of the company. According to the information provided by the company, “Having guided Hasselblad to stability, strong sales as well as the partnership with aerial camera company DJI, CEO Perry Oosting has accomplished what he was asked to achieve and has decided to step down from his operational responsibilities and return to a role as advisor to the board.”

It’s, somehow, a surprising move, especially after recent rumors that DJI acquired a bigger share in Hasselblad. Still, Peter Oosting is quoted as saying: “In the beginning of 2015 I was asked to take the role as CEO to secure sustainable growth and prepare the business for the next steps in its development. During 2016, we launched several new products and a complete new electronic platform. The market reaction to the strategic direction and its products were overwhelming. I would like to thank all involved and foresee a bright future for the team of Hasselblad.”

February 1, Paul Bram, currently Advisor to Hasselblad, will become Interim CEO at Hasselblad, said the Supervisory Board, that added “We would like to thank Mr Perry Oosting for his extraordinary efforts. Under his leadership a foundation for future growth is established and the company has extended its customer base substantially.”

“I am honoured to take on the role as interim CEO for this iconic and much-loved company. Hasselblad represents outstanding quality, passion for fine art and pioneering technology. Over the coming months we will continue the started path and strategic direction, including accelerating R&D and software development in Gothenburg, Sweden. Going forward I am immensely proud to be part of this continuing journey.” said Paul Bram.

Meanwhile, the company announced its Masters competition, inviting photographers across the globe to submit three images that best demonstrate their photographic ability for the chance to be named a Hasselblad Master. The Hasselblad Masters is one of the world’s most prestigious professional photographic competitions and gives acclaimed professionals, as well as aspiring newcomers, the chance to make their mark in the world of high-end photography.

Winners will not only receive the coveted accolade but will take home a state of the art medium format Hasselblad camera and have their work published in the Hasselblad Masters commemorative book, to be launched in 2018.

The 2016 Masters competition proved to be the most popular to date, with over 10,000 entries. The quality of entries was extremely high and the ten crowned Masters encompassed ambition, imagination and photographic skill. Each created truly outstanding work for Hasselblad Masters Volume 5 book, drawing on the theme of ‘Inspire’. Their images were displayed at Photokina 2016 and across galleries and media publications around the world.

Hasselblad Masters are judged on their photographic ability, creativity, compositional skills, conceptual strength and technique – and are acknowledged to have made a compelling contribution to the art of photography. Each entrant must submit three images per category, with the jury voting on the images rather than the photographer.

Entrants will first face an Internal Jury of Hasselblad staff, experts in the field of photography and supremely knowledgeable about Hasselblad cameras. The Internal Jury will select ten finalists in each category that showcase a high level of technical skill and creative flair. These finalists will then reach the professional Masters Jury, compiled of 24 of the best names in photography. Together with the public vote, which acts as a 25th jury member, the Hasselblad Masters are chosen.

The 2018 main Masters jury will be unveiled later in the year; past jury members have included world renowned photographers such as Marco Grob, Steve McCurry, and Tim Flach.

Hasselblad CMO, Johan Åhlen said “After the overwhelming response we received to the 2016 Hasselblad Masters, we’re excited to see what’s in store this year. The quality of entries in previous years has been simply outstanding and we’re immensely proud to continue to inspire and empower talented photographers across the globe. Our Masters become part of the Hasselblad family and we want to equip them with everything they need to make their mark on high-end photography.”

The categories for the 2018 Hasselblad Masters competition include:

The competition is open for entries 24th January – 10th June 2017. Entries are submitted via www.hasselblad.com. Winners will be announced in January 2018.