For twin brothers Phillip and Kevin Harvey, having grown up in Moscow, Idaho, it was hard to imagine they would one day be standing on top of the Space Needle in Seattle, Washington with Dave Matthews, or in the middle of CenturyLink Field during the NFC Championship celebrations. The path that led them there was paved with both luck and hard work.

For twin brothers Phillip and Kevin Harvey, having grown up in Moscow, Idaho, it was hard to imagine they would one day be standing on top of the Space Needle in Seattle, Washington with Dave Matthews, or in the middle of CenturyLink Field during the NFC Championship celebrations. The path that led them there was paved with both luck and hard work.

After moving to Seattle and starting their own video production company, the two were tapped by the Seattle Seahawks to make videos chronicling the run up to Super Bowl XLIX. Combining creativity and the video applications in Adobe Creative Cloud, the resulting videos successfully channeled the excitement that gripped the northwest. 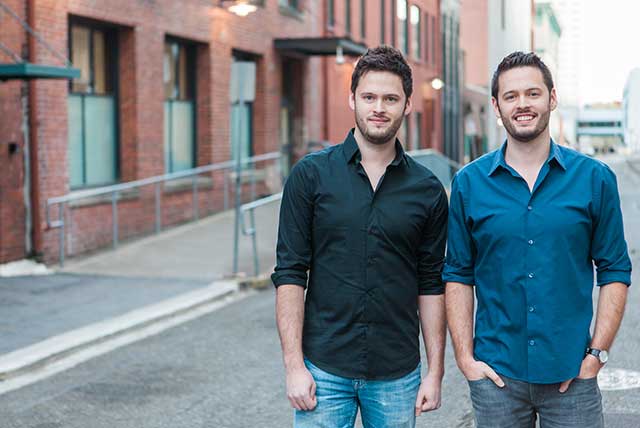 Adobe: Tell us about your background and how you got into the video production business.

Phillip Harvey: My brother actually moved to Seattle 10 years ago to study acting. He and some fellow students had the idea to start filming videos as a platform for their acting. That’s when I decided to make the move as well, and I joined the group. I wasn’t very interested in being in front of the camera, so I concentrated more on writing and shooting at the time.

Our group made several films and eventually Kevin and I made our first commercial, which we sold on spec, and that was probably the first time we thought, “Hey, we can actually make money doing this?” After that, things just kept progressing. We did a few more on-spec commercials, including one for Pepsi, and even worked with some local musicians like Sir Mix-A-Lot and The Presidents of the United States of America. One video even ended up on MTV.

Adobe: What kind of content are you working on today?

Phillip Harvey: Our projects today are pretty varied. We’re working with Macklemore and Ryan Lewis, we recently did a lot of work for the Seattle Seahawks, and we’ve done videos and exhibits for the EMP Museum, where Kevin is a producer. We also work on our own narrative projects on the side. 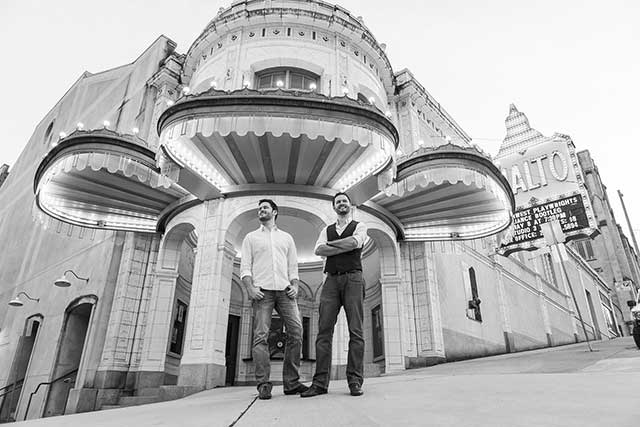 Adobe: How did you get involved with the Seahawks?

Phillip Harvey: During the regular football season the team needed a couple of promotional videos done for a contest they were running. I’d never been to a professional football game before, so it was quite the jump to suddenly be on the field. Eventually, when the playoffs came around we got a call asking if we wanted to make two videos a week leading up to the Super Bowl XLIX. What followed was a whirlwind of hard work and unique opportunities, including going onto the top of the Space Needle for the raising of the 12 flag.

Adobe: What was your process for producing those videos?

Phillip Harvey: Kevin and I would try to develop original concepts that fit with what the Seahawks were looking for. On game days we would assemble a team and try to execute the approved concepts. We used a variety of cameras including RED Epics and Scarlets, sometimes using a Movi rig. We tried to get non-broadcast material, things you don’t tend to see when you’re watching a game on TV. We tried to think cinematically. During the NFC Championship game one of our guys was right there for the game winning catch and was buried by the entire team as they celebrated. He got some great footage up until the camera goes down!

Seahawks – I’m In Again from Harvey Brothers on Vimeo.

After the game we had very little time to go through all the footage so we used Prelude to sort it quickly and select good shots. It was also extremely helpful that the Seahawks used Creative Cloud and Prelude to attach metadata to their game footage, so if we needed shots from them we could easily look up a specific clip, such as QB Russell Wilson making a pass. The NFL Films guys are great at capturing the on-the-field action footage, so we often needed to supplement our material with what they shot.

Our workflow usually involved me cutting the video in Premiere Pro while Kevin designed effects and motion graphics assets in After Effects, and depending on which area was falling behind we could jump in and help each other out. We would bounce drafts back and forth with the Seahawks until we finally shaped it into the best video we could. Usually we were refining and re-cutting right up until the video posted. It was an intense pace.

Adobe: What other Creative Cloud applications do you use?

Phillip Harvey: For the Divisional game video we did some work in Photoshop. The big wide shot of the field was initially a timelapse of the CenturyLink Field filling up, shot by F-Stop Seattle. Kevin used Photoshop to make the stadium look empty and then finished it in After Effects to achieve the opening shot in the I’m In Again video, which is probably my favorite video that we did.

We also use Audition, but more for our filmmaking work, and we’ve done a bit of color correcting in SpeedGrade as well. We’re pretty excited about the recent upgrades to the color space in Premiere Pro. Adobe Creative Cloud has enabled our livelihood, and it’s really amazing to think about how much the software has grown over the years.

Adobe: What are some of the things you like about working with Creative Cloud?

Adobe: Tell us about your other projects.

Phillip Harvey: We’ve been doing some work for Macklemore and Ryan Lewis, organizing and adding metadata to almost all of the footage that they’ve ever shot, which is quite the task. For that I pretty much live inside Prelude. We’ve also done much of the video content for the exhibits at the EMP Museum in Seattle. We worked on the We Are 12™, Indie Game Revolution, Fantasy: Worlds of Myth and Magic, Star Wars™ and the Power of Costume, and most recently, Infinite Worlds of Science Fiction.

Phillip Harvey: These past few months have been pretty amazing. Being involved with the Seahawks during the Super Bowl XLIX run, something that’s such a big part of the Northwest, was a great experience. This past year we also won Best in Seattle at the 48 Hour Film Festival for the second year in a row, and film went on to take third place internationally out of 4,500 total films and about 125 city winners.

We were nominated for Best Writing, Best Directing, and we won an award for Best Acting Ensemble. Our film will also be involved in a special screening at the Cannes Film Festival in May. We are also developing our first feature film concept. We’ve been really excited about the opportunities that have come our way, and we look forward to what’s next! 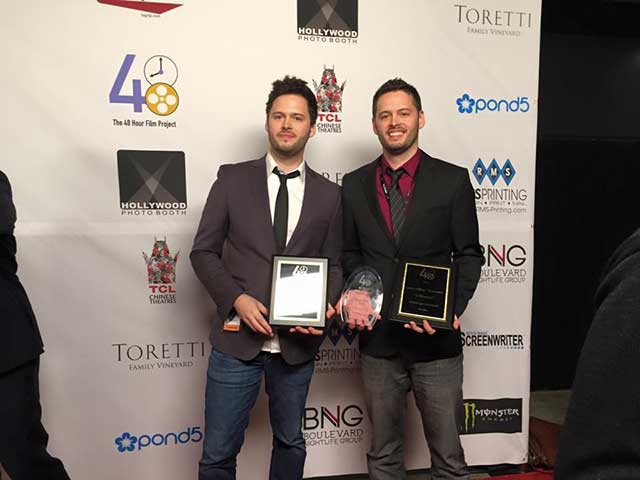