Most drones in the market are conceived to use GoPro cameras, but in the future users of those cameras might use GoPro drones. 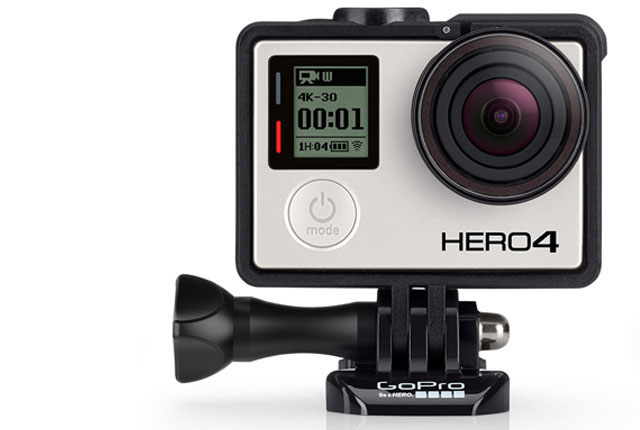 GoPro is going to make their own drones, states one article published recently in The Wall Street Journal. Faced with the competition of other small camera brands, and wanting to have their own saying in the world of drones, GoPro seems to be ready to have a drone they call theirs.

In a world full of controversy about drones – read the excellent article by Jeff Foster published here at PVC – the news about a GoPro drone are prone to create even more discussion about the subject. Why should GoPro do their own drone when everybody seems to use their camera on their drones? Well, the move made by DJI recently may be one good reason: their new drone, the Inspire 1 sUAV, has a camera created on purpose by DJI. So, it seems DJI is willing to have their own cameras in their future drones, at least those lighter models that do not carry DSLRs or compact cameras. This means that soon GoPro cameras will not be flying on the DJI drones. That can also mean that GoPro will lose a share of the market, if they don’t do something now. On the other hand, if GoPro creates their own drone, manufacturers of drones might stop creating conditions for GoPro cameras to fly with their drones. It seems as if there’s a battle ahead for the conquest of the skies. The other option is to partner with a company to do a drone specifically for GoPro cameras.

The new drone from DJI is called Inspire 1, a name that suggests what is coming: one Inspire 2, maybe an Inspire 3…. DJI is aware of the potential of this market and also aware of a new trend when it comes to drones: the small models are going to be, as Jeff Foster wrote, “a game-changer”. These sUAVs sit somewhere between the big drones and the hobbyst models that lately have appeared in the market with support for GoPro cameras. If the move from DJI says something, is that other drone makers may be tempted to follow the same idea – some already have, in fact – and leave GoPro on the ground for their future flights.

Although GoPro is the brand name when we think about action and sports cameras, they’re are not alone in the market, and from Sony to HTC or Liquid Image, there are competitors for a slice of the market. Even Kodak, through JK Imaging, Ltd., the worldwide licensee for Kodak PixPro Digital Cameras and Devices,  surprised the world recently with their SP360 Action Cam, which is a highly portable device designed to capture 360 degrees HD videos and fully immersive images all in one shot and without the need for multiple cameras and devices.

With so many new competitors, the way out for GoPro is to have their own camera and drone. After all, that’s nothing new, and recent examples, like the Nixie – Flyable & Wearable Camera that won Intel’s Make it Wearable competition, show the way things are going in terms of the use of drones. Nixie is the first wearable camera that can fly. The marketing for the product states that “at your cue, Nixie unfolds and takes flight. Nixie composes the perfect shot from an awesome perspective, capturing the moment without interrupting the moment.” Nixie is conceived primarily for rock climbers and other adventure sports, an area where Gopro cameras have been leading for quite some time. Nixie has its own camera, so GoPro is out of the equation.

The Nixie drone, which won a prize of $500,000 from Intel, is not the only sUAV promised for the near future. I’ve written here at ProVideo coalition, before, about other experiences in the same area, like the HEXO+ drone, which will be flying from May 2015, according to the creators. The HEXO+ is conceived to use the GoPro, but from day one the company has partnered with a camera maker, Giroptic, a company from Lille, France, founded on the belief that the greatest growth in optics will be in 360° consumer cameras. They have the 360cam, a small camera that can be fitted to any drone and works well, seemingly, with the HEXO+.

The Nixie may be the first wearable drone, but the first pocketable drone project is called Anura.  Developed by AeriCam, Anura–Pocket size Drone24/7 is a new project on Kickstarter, with pre-order available since mid-October 2014. The new project from AeriCam will be pocketable and controllable through a smartphone. AeriCam expects the price to be under $200.

The team at AeriCam have been developing the concept for the last three years, and finally arrived at what they consider to be the right shape, size and weight for their pocketable drone. Closed, it fits in a large pocket; open, it looks a bit like a Swiss knife. Then, it flies!

The Anura will be controllable from a smartphone (IOS and Android) through WiFi. The Anura has a micro camera that transmits the image from the drone to the smartphone, allowing the capture of the exact image, either photo or video. AeriCam wants the pocketable drone Anura to offer AutoLand, Auto Take-Off, Return Home and Follow Phone if they reach a minimum of 1000 units sold.

These are just a few examples of a growing new market. DJI Inspire 1 did not set any new trend, it simply confirmed that there is a market in one area that others were already exploring.  And DJI made their point with a new line of drones that is innovative in many ways and uses the brand name as leverage to take the DJI drones in a new direction, closer to the general public. Nevertheless, DJI’s Inspire 1, which costs close to $2,800, is still pointed at a specific market, comprised of photographers and videographers, while GoPro goes in another direction, promising drones with prices between $500 and $1,000, more geared towards the hobbyst and consumer, while still serving the action and sport enthusiasts. It’s the mass market of low-priced drones, like  those proposed by Aruna, at $200, that will appeal to the general public, or at least to those that always dreamed of having their own personal “eye in the sky”. 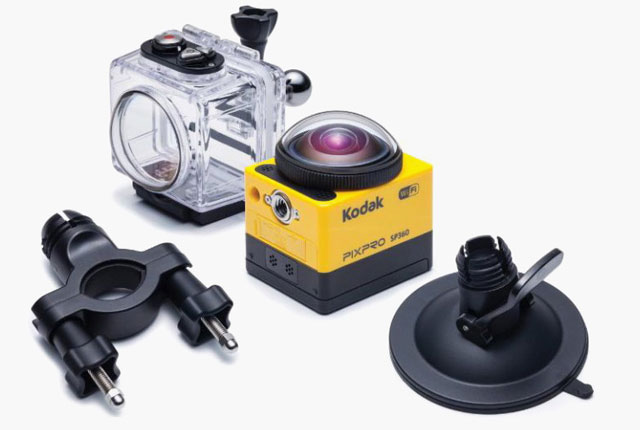 That’s probably the reason why we see a trend towards a massive use of drones, a new market expanding and creating new problems related to the fear of seeing parts of the sky falling on our heads. If everybody starts to use a drone, we may run into some confusing situations of privacy and accidents. The drones are not the problem. The problem is the way people use or misuse them, as people have misused so many other things in the past. The problem lies with us and the lack of respect for laws, common sense and respect for the privacy of others, more than on the drones, which are simply machines controlled by Man.