The production team of Discovery’s popular reality TV series, Gold Rush works in the Yukon Territory, a vast, sprawling and wild landscape in western Canada. There, they document the efforts of gritty miners hoping to strike it rich tapping gold placer deposits. The show has grown in popularity and scale since its debut.

The production team of Discovery’s popular reality TV series, Gold Rush works in the Yukon Territory, a vast, sprawling and wild landscape in western Canada. There, they document the efforts of gritty miners hoping to strike it rich tapping gold placer deposits. The show has grown in popularity and scale since its debut.

Today, the on-site production team must prepare and send massive amounts of footage—from GoPro, Sony XDCAM, and other cameras—to the show’s post-production house in London. Colin Bowes, technical director, and Candice Bowers, digital imaging technician, know the challenges of this workflow, but say they are far outweighed by the rewards of the project. Recently, the team transitioned the entire workflow to Adobe Creative Cloud for teams, helping to save time and drive space.

Adobe: Tell us more about Gold Rush.
Colin: Gold Rush is now in its sixth season and a huge hit all over the world. The show follows three teams of miners digging for gold in the Yukon. Of course they all want to get as much gold as possible in the six months of the season and there’s definitely more than a hint of rivalry between them.

Adobe: What are some of the main challenges?
Colin: The gold-mining season starts in April and ends in September. We only have 150 days to film 24 programs for each season. We are always battling against the clock, weather obstacles, and cold. It sounds awful, but it is not—everyone’s dedication makes me want to go back time and time again. 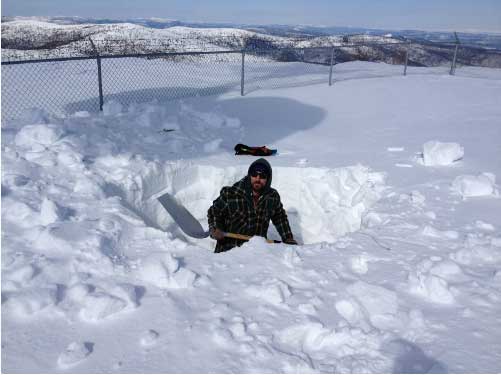 Adobe: What makes this series especially rewarding?
Colin: You simply don’t know what each season will bring, or even what each week will bring.
And it’s not just about the gold, it’s also about the dynamics between the miners, about working and living together in pretty tough conditions and under huge pressure to succeed.

Candice: The Yukon is one of the most spectacular places I’ve ever seen. Coming from a large, highly populated UK city and then being thrown into the remoteness of this Canadian territory is a bit of a culture shock, but I’m so happy to have experienced it. The locals are wonderful and incredibly accommodating, the Gold Rush miners and crew are amazing. Plus I’ve had the privilege of learning from and working with Colin Bowes over the last few years. 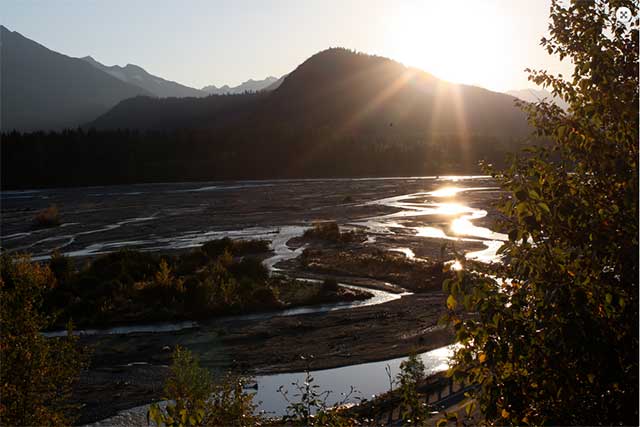 Adobe: What issues do you face from a technical standpoint?
Candice: This show is shot on Sony XDCAM as well as on dozens of GoPros and other cameras. The volume of content is astounding. We process more 2,000 50 GB disks a year. We have a team of five Digital Imaging Technicians (DITs) as part of 150 staff members working on the series. Our job as DITs is to process the footage from all of the various cameras as well as editing down the huge amount of minicam footage to selects, which is then transcoded and is delivered on XDCAM Disks to the show’s post house in London.

Adobe: How has your workflow evolved from the beginning of the series to today?
Candice: We previously used a non Adobe product and we made it work, but it was clunky and time-consuming. We received footage and had to set it to transcode overnight to turn it into something we could work with for delivery to the post house.

We switched to Premiere Pro and started tweaking our processes to create one of the best workflows I’ve ever experienced. It is now all Adobe. We use Prelude to ingest and add prefixes to video clips so they are identifiable, Premiere Pro to edit our selections and add timecodes, and Media Encoder to transcode files so they are all ready for delivery on XDCAM disk for final editing. 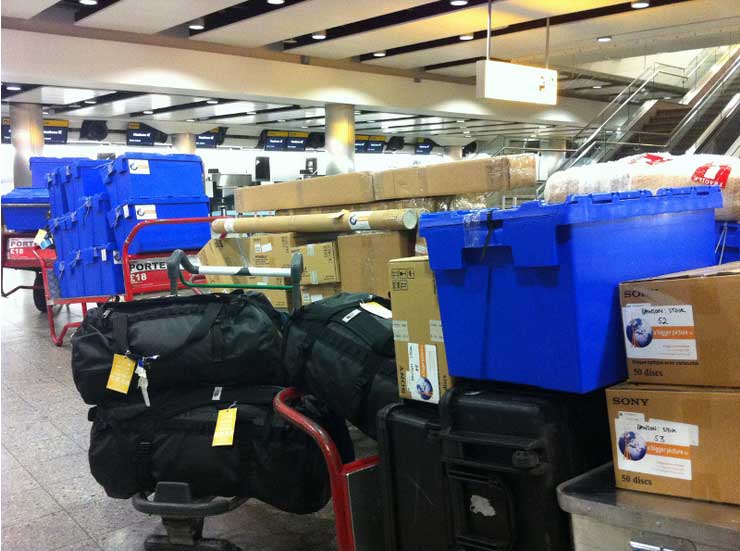 Adobe: What are the benefits of using Prelude as part of your workflow?
Candice: Prelude lets us quickly and easily back up footage and add meaningful prefixes to each clip. Renaming the clips in a specific way—with information that identifies the subject, date, type of footage, and roll number—is the main way the edit assistant in London will be able to trace which, out of the hundreds of rolls, the footage comes from.

Adobe: What was it like learning Premiere Pro CC?
Candice: I picked it up easily. In two weeks, I had it knocked down. It was simple to teach to our other DITs.

Adobe: How has moving to an Adobe Creative Cloud workflow worked for you?
Colin: It’s been fantastic. We previously dealt with a wide variety of software packages that were not integrated, and we spent a lot of time transcoding. Our new workflow with Adobe Creative Cloud for teams is literally four times faster.

Candice: GoPro cameras don’t have timecode, so we input the timecode manually. We have a good system of slating the GoPros on location, so the DITs can just find the slates, add the timecode in Premiere Pro, and then transcode and burn the selects to disk. With Premiere Pro we can make selects of the footage we want that is relevant to the story and only transcode the bits that we need, saving a lot of time and drive space.

Adobe: What are some of the features in Premiere Pro CC you appreciate most?
Colin: While we are working on the project, we are located in the small town of Dawson City. Our communications outside the area are limited, so we’re very grateful for the stability and reliability of Adobe software.

With Premiere Pro in particular, its ability to handle almost any type of format is incredible. We deal with everything from Octocopter drone footage to HD camera shots. Unlike our previous editing system that couldn’t handle a variety of formats, we can drop all of these formats onto the Premiere Pro timeline and they perform perfectly.

Adobe: How would you sum up your experience on Gold Rush?
Candice: I previously worked at the BBC and learned a lot during my time there, but Gold Rush has been an unexpected challenge that I have relished and appreciated. It has been a fantastic experience that has taken me to the mountains of Alaska, the wilderness of the Yukon and the rainforest of Guyana. Obviously I miss my family and friends because I spend so much of my time away, but I get to travel the world, have life-changing experiences and learn new technologies. The Gold Rush crew is a family that I have been lucky to have been a part of.