The 360° film by German Studio Faber Courtial will celebrate its North America premiere at the 2022 SXSW XR Experience, offering visitors an immersive experience into the story of Mankind. 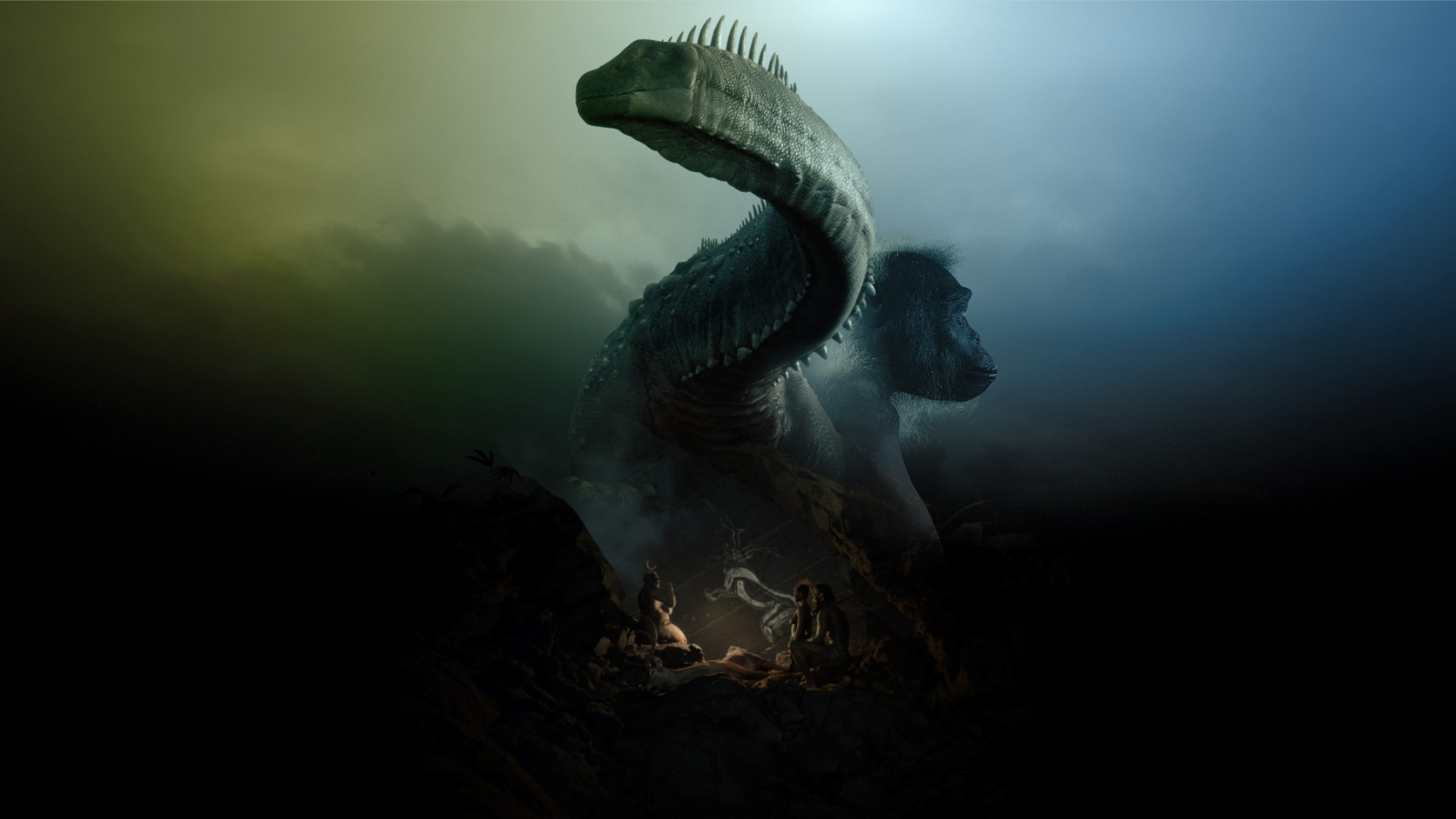 Telling the story of 4.7 bn years of evolution condensed into 24 h reveal, Genesis is also a radical step for production, from a classic VFX pipeline to a real time engine workflow in the middle of the project.

Visitors of the 2022 SXSW XR Experience, to be held in Austin Texas from March 13th to 15th, 2022, will have a chance to experience Genesis, a collaboration between Faber Courtial and Deutsche Telekom Magenta VR, a title that joins the ranks of Faber Courtial’s globally acclaimed and award-winning immersive experiences, which includes titles as “Volcanoes VR”, “Gladiators in the Colosseum VR”, “Time Travel Cologne Cathedral”, “Follow Me Rome Episodes 1-3” and “1st and 2nd Step”.

Genesis embarks on an emotionally intense 24-h journey to experience the dramatic milestones in the evolution of Earth and mankind to date. Chaos, rebirth and catastrophes mark the history of Earth, yet mankind exists. 4.7 bn years of evolution condensed into 24 h reveal: We are children of galactic luck, born in the final second of eternity. 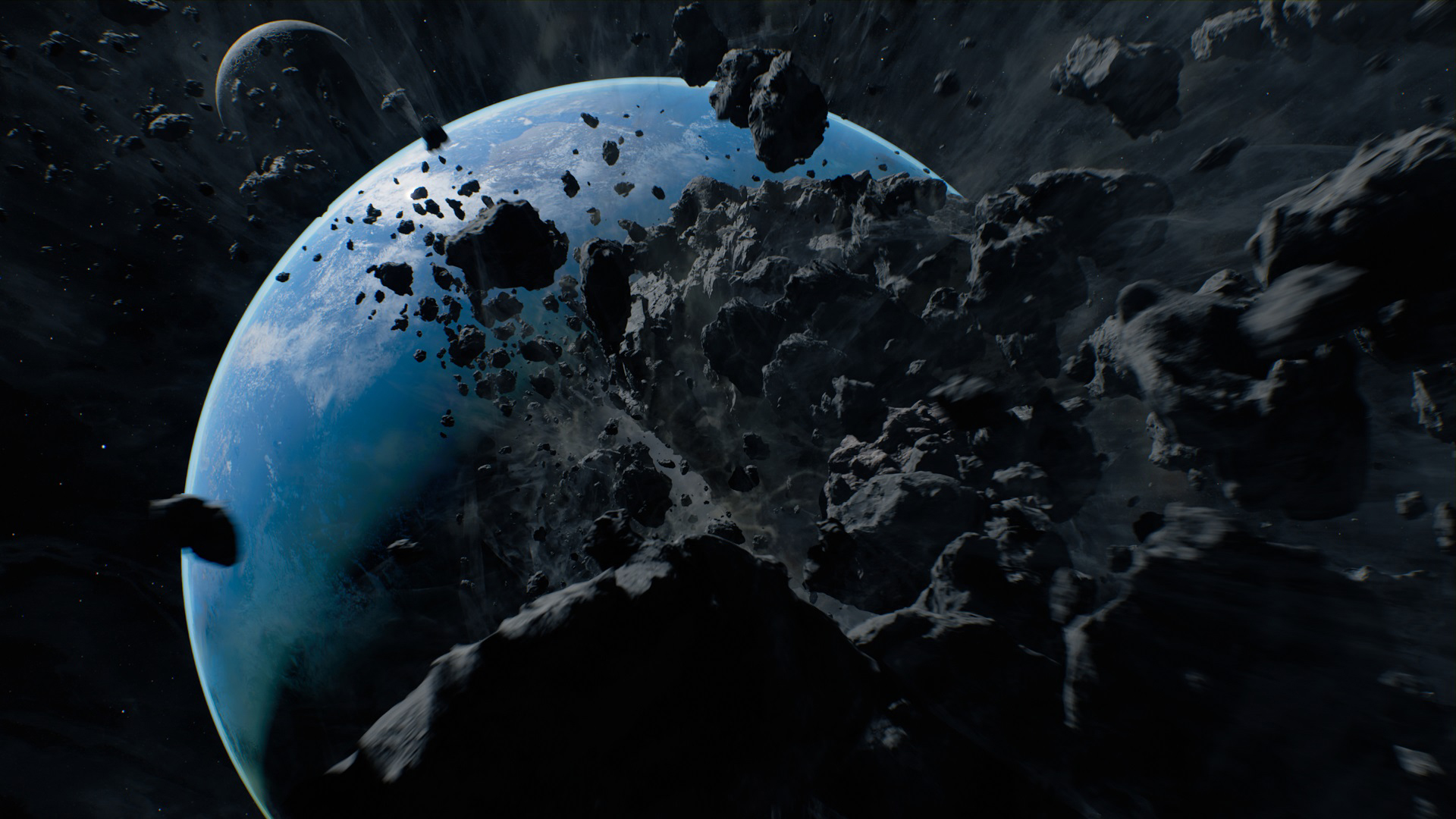 According to Faber Courtial studios, “as time travelers we immerse into unknown spheres. Seemingly unreal, mystical, and daunting, yet full of breath-taking landscapes and creatures that have truly existed. We see the young, glowing earth surrounded by cosmic debris, fly over endless oceans of eternal darkness and move through a magical underwater world. Emerging from the water an enchanted land unveils: a paradise of prehistorical jungle and giant insects, only to be followed by mass extinction – just until a new cycle starts that surrounds us with bombastic dinosaurs who conquer the earth, before meeting with extinction too. Then finally, we come face to face with our human ancestors, catching glimpses of their achievements and our legacy.” 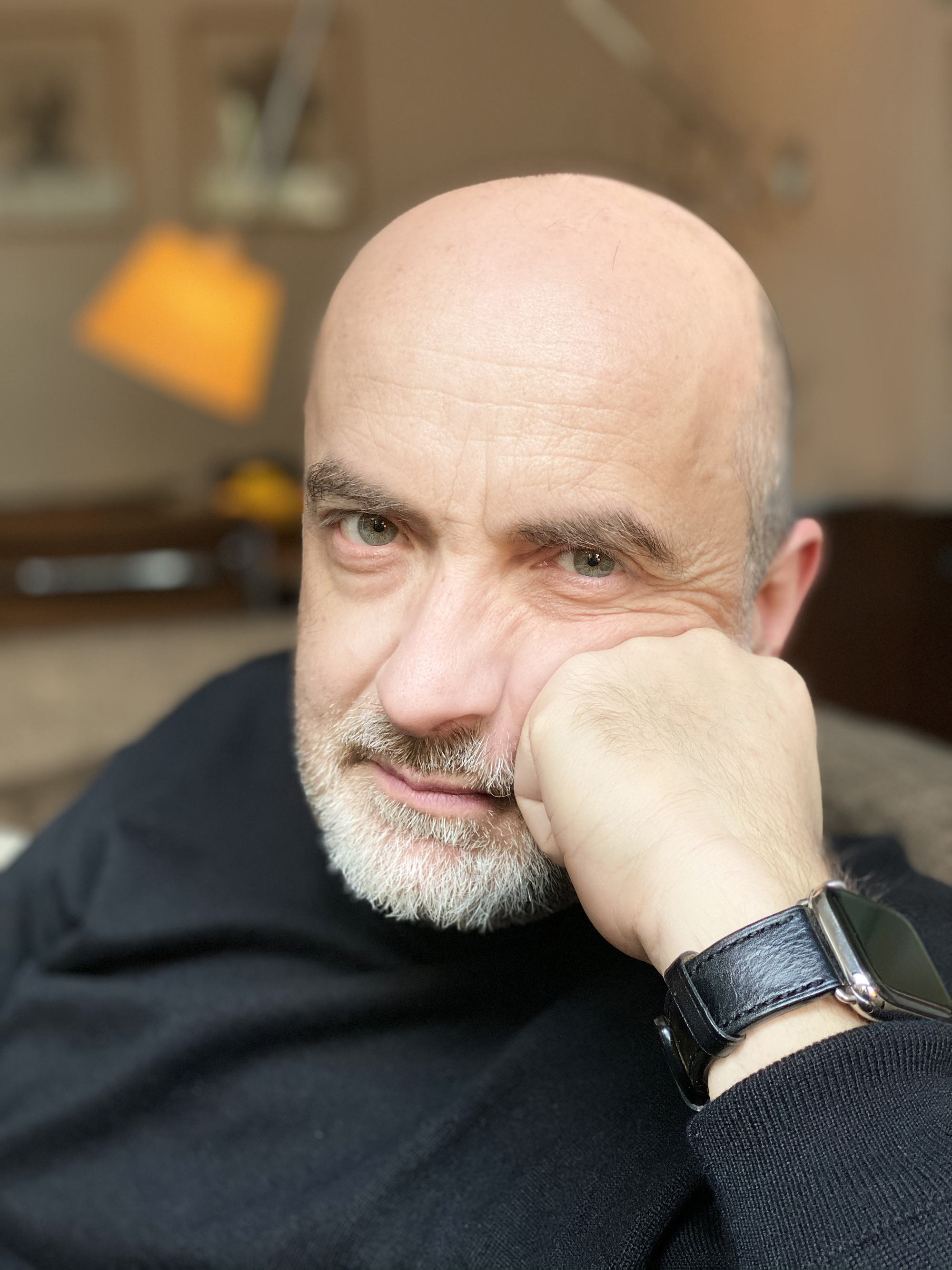 “We are all familiar with images about the history of Earth. But seeing these events in VR is like entering an entirely new world. Through immersion you relive these drastic events from a close and intimate perspective.” says Jörg Courtial, Creative Director and Co-Founder of Faber Courtial, an Industrial Design graduate deeply rooted in photography, that quickly developed a unique visual style and was renowned for outstanding VFX & Animations in distinguished documentaries and exhibitions since 1998.

Passionate about new visual grounds Joerg pioneered VR and has been creating award-winning films, that set high standards in storytelling and creative techniques. Joerg’s films are spiked with an incredible richness of detail, with each frame being artistically staged to perfection. His signature style creates cinematic VR experiences of unparalleled intensity and pure emotions. 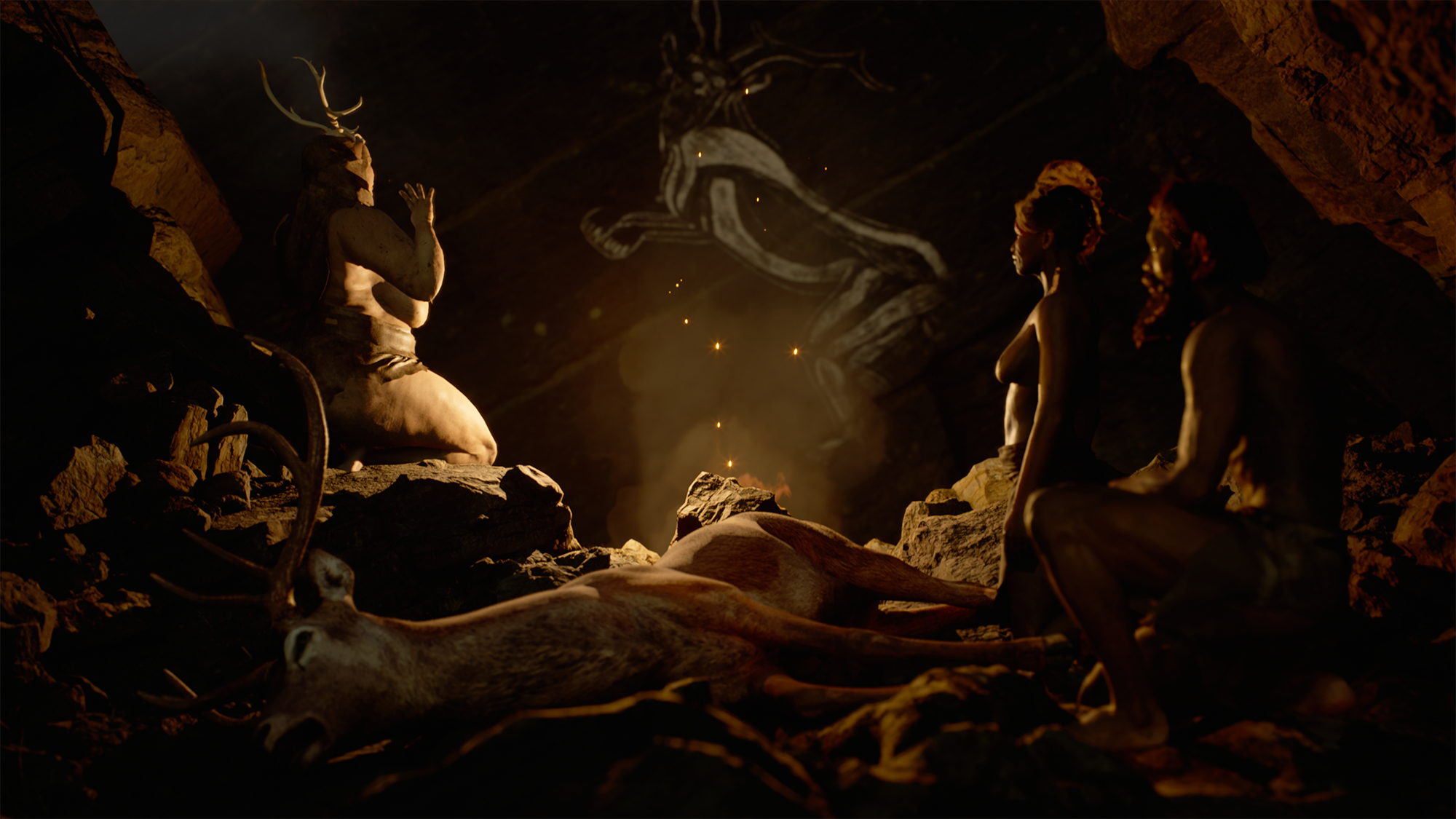 Produced in a real-time engine

“Depicting Evolution in a 24-h analogy was an important angle he says, adding “I was drawn to create a graspable impression of the unimaginable dimension of time and the crazy laboratory of life. ’Nothing’ happened for ages, life was passive and random. Then something bizarre occurs: a being emerges that is active, develops consciousness and strategies to defy the laws of nature. It looks to the sky, begins to wish, dream and imagine. The mind expands to create art, religion – a whole new universe, an abstract world, through pure perception.”

“What remains is an intense impression of the Earth and the insurmountable force and fragility of life, continues Jörg Courtial, ending with “It took an eternity until Earth became the place as we know it and then a being entered who took one blink of an eye to actively change the planet like nothing did before. Our film tells our story. So far – children of galactic luck.”

Faber Courtial is a leading specialist in creating detail-rich and impressively authentic worlds. Their unparalleled success is owed to the studio’s 20 year plus expertise in finding the fine balance between artistic imagination, scientific precision, and aesthetic emotional appeal that results in striking environments you will crave to see once in your lifetime. Genesis marks a new step for the studio, as it was produced in a real-time engine. 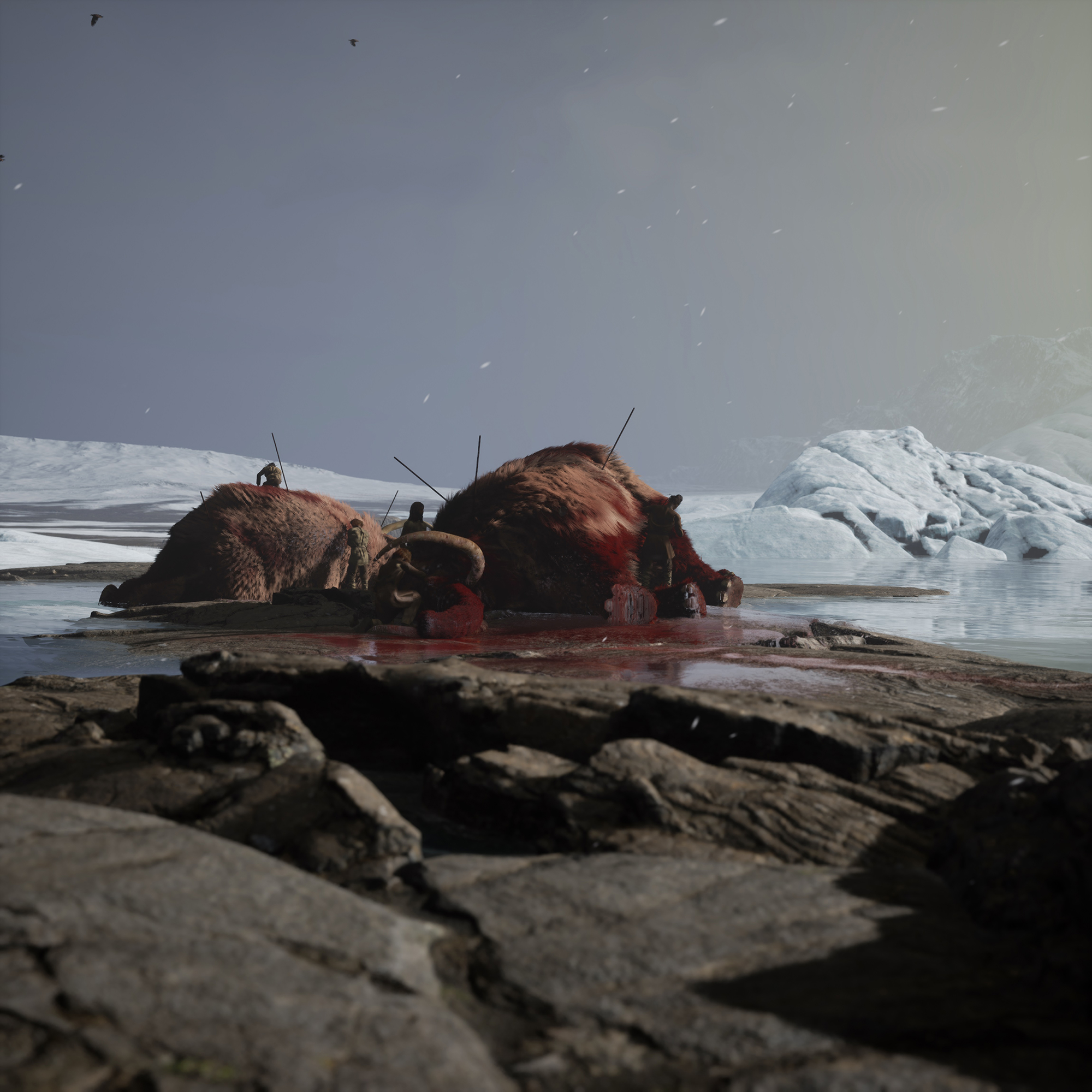 From classic VFX to real-time workflow

“Changing from a classic VFX pipeline to a real time engine workflow in the middle of projects was a radical step for our studio but is the right way forward for today’s VR productions, opening an array of pioneering possibilities for immersive experiences and their distribution” says Maria Courtial, co-founder, CEO and producer of Faber Courtial – studio for digital worlds, which she started together with her husband and creative director Jörg Courtial in 1998 after graduating in industrial design.

An open-minded future enthusiast, Maria was an early adopter of technology to unleash deep human emotions and under her lead Faber Courtial evolved into one of the leading VR and VFX studios in Germany. Her perpetual search for alternative perspectives to reveal unseen truths led her to pioneer the creation of 360° films, which became her true passion. 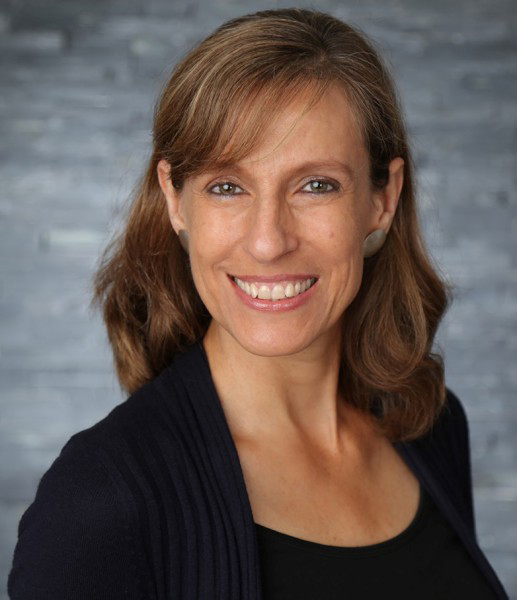 Since 2014, Maria has been producing and co-directing award-winning immersive films and experiences that reimagine the world of entertainment. Her trademark is a meticulous focus on striking a close and poetic balance between the important elements of camera, music, narration and editing to achieve a remarkably high standard of storytelling, intense messages, and strong emotions.

Now, with Genesis, it’s a new beginning for Faber Courtial. While quickly adapting to the significant changes in workflow, the studio’s dedicated team simultaneously developed a range of creative and technical solutions, along with several inhouse tools to meet the many and ever-emerging challenges. They succeeded in delivering the Faber Courtial’s signature output quality, pioneering once more VR techniques that push the boundaries of today’s technology. With their innovative inhouse developed tool Phalanx, Faber Courtial is making the impossible possible by enabling us to immerse in these elaborate worlds even on mobile devices. 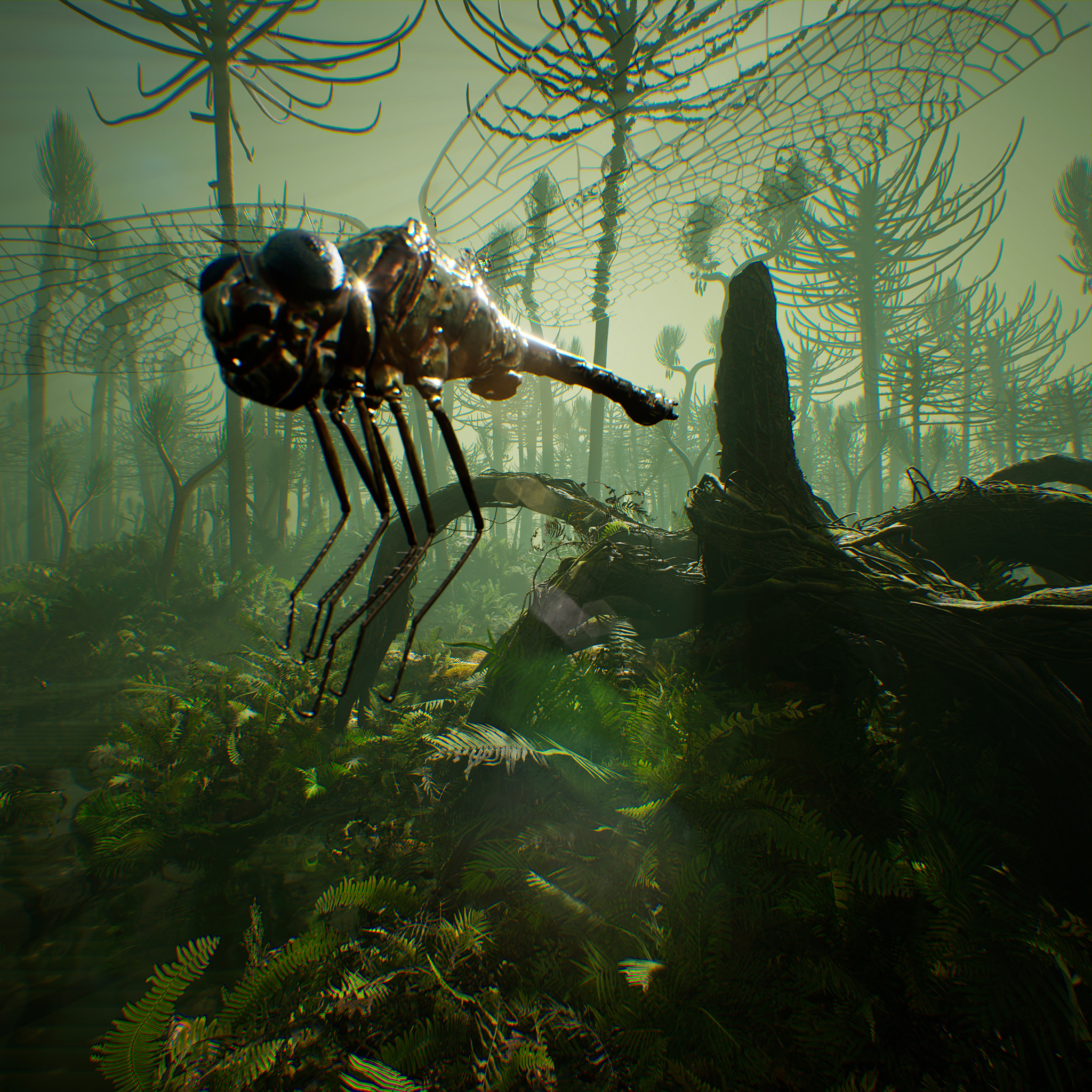 “It was a deliberate choice to start Genesis as a 360° film. It allowed us to meticulously focus on camera, music, narration, editing and on striking a close and poetic balance between these important elements to tell an intense story that conveys pure emotion. Now, moving on, 6 DOF is on the horizon for Faber Courtial and Genesis.” says Maria Courtial.

During their presence at the 2022 SXSW Faber Courtial will not only showcase their latest film Genesis, but also introduce their expertise and their vast library of detail-rich, authentic worlds to the US market. Their unique and high-quality settings are ideally suited to be used for Virtual Production, as film footage or to enrich exhibitions of many kinds. Custom made builds for new projects such as 6 DOF experiences, immersive movies, and serious games, even for mobile devices, as well as ground-breaking Metaverse events and experiences are a further key pillar of Faber Courtial’s portfolio and are offered both as commissioned work and as collaboration with third parties.

“In recent years, there has been a wealth of outstanding hardware and software solutions around XR that have inspired us and that have set the foundation for our own innovations. Using our custom-made tools to now unlock unknown paths within the metaverse could not be more exciting” says Maria Courtial.