NAB 2017 will be the place to go if you want to know more about the Future of Cinema or have an exclusive look at the development of Game of Thrones. 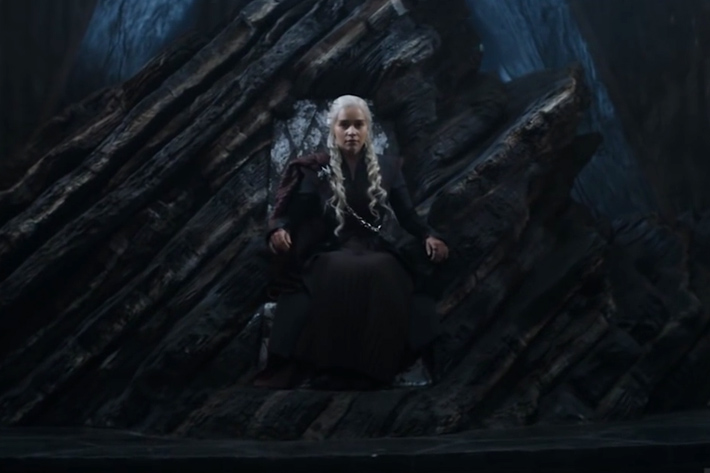 The Future of Cinema Conference: The Intersection of Technology, Art, & Commerce in Cinema, and a look at one of TV’s most popular shows, Game of Thrones, are good reason to visit NAB 2017.

Technology has diluted the barriers between real and virtual worlds, both in Television and Cinema, but knowing how to tell stories continues to be a “must have” guide for film production. At NAB 2017, tools and techniques will be the object of multiple conferences and panels, from which we picked these two, which point to a common path for both Cinema and TV production, through the use of technology to tell stories.

The first event is the “The Future of Cinema Conference: The Intersection of Technology, Art, & Commerce in Cinema”, a conference that will take place April 22 and 23 at the Las Vegas Convention Center. Produced in partnership with the Society of Motion Picture and Television Engineers (SMPTE), the conference will have a keynote by Emmy and Academy Award-winning visual effects supervisor Robert Legato.

Legato will present “Jungle Book, Photorealism, and the Bright Future of Filmmaking” on the second day of the two-day conference, which also will feature sessions delving into how technical innovation, artistic intent, and evolving consumption and business models will interact to shape the future of cinema. With computer simulations becoming so accurate that it is often difficult for even the most seasoned pros to distinguish the difference between an effect and the real thing, drawing from his experiences working on acclaimed titles such as “The Jungle Book,” “Apollo 13,” “Titanic,” and “Hugo,” Legato will explore the distinction between visual effects (VFX) and ‘traditional’ cinematic disciplines, such as direction, cinematography, production, and design.

“Rob’s surprising and creative visual illusions help movies to resonate powerfully with audiences, and his work has enriched and enhanced some of the industry’s most beloved films,” said Cynthia Slavens of Pixar Animation Studios, who serves as program chair for the conference. “In addition to being a master of his craft, Rob is an engaging speaker who draws on his wealth of experience to provide insights into the creative process, offering a valuable perspective as we look to the future of cinema.”

Legato has been nominated for four Academy Awards and has won three. His first win was for his VFX work on “Titanic,” his second was for his work on “Hugo,” and his third for “The Jungle Book.” In 1996, he won the BAFTA Award for Best Achievement in Special Effects for “Apollo 13,” for which he also garnered his first Academy Award nomination. Prior to his work in film, he was a visual effects supervisor for “Star Trek: The Next Generation” from 1987 to 1992, and “Star Trek: Deep Space Nine” in 1993. His work on the “Star Trek” franchise earned him three Emmy Award nominations and two wins.

“The Future of Cinema Conference” will gather the brightest industry minds and talents to discuss the changing nature of storytelling today and into the future, as well as the industry’s role in ensuring that creative work is preserved in its highest form for generations to come. The conference will feature sessions on forward-looking techniques and challenges related to making content for theatrical release and beyond.

The 2017 NAB Show will also be the place to go if you want to discover the secrets of Game of Thrones. On Monday, April 24, in Las Vegas, the team behind one of TV’s most popular shows will provide an exclusive look at the development process. Titled, “’Game of Thrones’: Behind the Scenes With Filmmakers” the event is part of the Creative Master Series, and is produced in partnership with the Motion Picture Sound Editors. The panel will include producers and creative professionals who will share insight on the innovative shooting styles and unique methods utilized in filming the epic HBO series.

The group will discuss bringing the “Game of Thrones” lighting style to new locations and storylines, how they chose to block and edit the show’s emotional turning points, and how they harnessed post production to visually unify footage that included a cast of hundreds and nearly 1,900 visual effects shots. In addition to showing footage from season six, the filmmakers will also discuss how they blended practical photography with computer graphics to create innovative scenes, and how post production mastered the content that is distributed to an audience of over 25 million across all HBO platforms.

“In addition to the challenge of adapting one of fiction’s greatest works for television, these creatives are responsible for creating spectacular battles, giant dragons, and rich environments that span the entire globe,” said Chris Brown, NAB executive vice president, Conventions and Business Operations. “We’re proud to host this group of industry experts as they give us a behind the scenes look at how the award-winning universe of ‘Game of Thrones’ is brought to life.”

Bernadette Caulfield is executive producer for “Game of Thrones.” She began working on the show during season two as a producer, and took over as executive producer during the last four seasons. During her career, Caulfield has been a producer on shows including “Big Love,” “The X-Files,” “State of Mind,” and “Carnivàle.” She has won two Primetime Emmy Awards for her work on “Game of Thrones,” along with six nominations.

Greg Spence has been a producer for “Game of Thrones” over the past six seasons. Previously, Spence produced television shows and films that include “Temple Grandin,” “Generation Kill,” and “John Adams.” He has won two Primetime Emmy Awards for his work on “Game of Thrones.”

Annette Haellmigk is director of photography for the show, with ten episodes of the series to her name. Her past credits include “The West Wing,” “Big Love,” “666 Park Avenue,” “Total Recall,” and “Starship Troopers.” She has been nominated for two Primetime Emmy Awards and three American Society of Cinematographers awards.