The new Trident Z RGB memory kit from G.SKILL doubles the memory over the previous kit from the company, and marks a new milestone as the fastest 32GB RGB memory kit on the market. 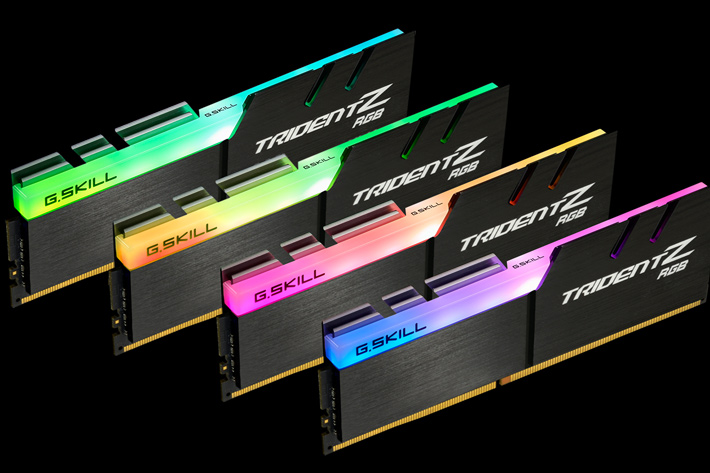 Computer memory is an essential element  for video editing, and the more memory you have, the better. G.SKILL announced new solutions, including a fast 4x8GB kit running at 4266MHz.

Random Access Memory is never too much for video editing, and the more you’ve, the easier it becomes to move data around. Although frequency alone, or a faster frequency in this case, does not mean you’ll reap any benefits from this new kit, as latency also plays a part in the choice of memory for video editing, the milestone now reached represents an important step forward, suggesting what we may expect to see in the future. Furthermore, G.SKILL also introduced a kit for those creating content with their computers.

G.SKILL is known as a world leader manufacturer of extreme performance memory for gaming, and that’s where this new memory kit makes sense, but as everything is moving faster, it’s only natural that these advancements also reflect in other areas of computing. In fact, the announcement of the Trident Z RGB memory kit boasting DDR4-4266MHz in a 32GB (4x8GB) configuration appears just one week after the launch of the 8th Gen Intel Core processors and Z370 chipset motherboards. G.SKILL felt it made sense to further fine-tune the high-end RGB memory kits to reach even higher levels of overclocking speeds and built the new solution, based on ultra-high performance Samsung B-die DDR4 ICs.

The previous leader in this area was the Trident Z RGB DDR4-4266MHz offering 16GB (2x8GB), also from G.SKILL. Now the company doubles the amount of memory. In combination with the ASUS OptiMem technology, which complements the T-Toplogy layout that uses equalized trace lengths, four-DIMM memory configurations have improved stability and increased frequency headroom. With the availability of this new optimization, G.SKILL is doubling the Trident Z RGB kit capacity to operate at DDR4-4266MHz CL19-23-23-43 32GB (4x8GB) at 1.4V.

This high-end Trident Z RGB memory kit will be available via G.SKILL authorized distribution partners in December 2017. No price announced yet, but it is not going to be cheap! 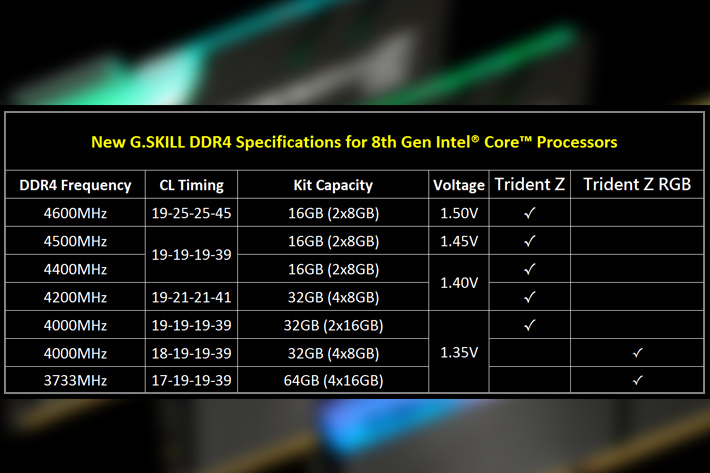 This new memory kit is just “business as usual” for G.SKILL, as the company tries, with every new platform launch, to maximize performance of its memory kits. In fact, the kit above is not the only one on offer from G.SKILL. The company also introduced an ultra-fast Trident Z memory kit for pure performance seekers. The new kit runs at DDR4-4600MHz CL19-25-25-45 16GB (2x8GB) at 1.5V.

Expect to see these memory kits available from November 2017 onwards. G.SKILL has not announced official prices for the new kits.

HyperX announced that its HyperX Predator DDR4 memory was used to set a new overclocking world record for the... 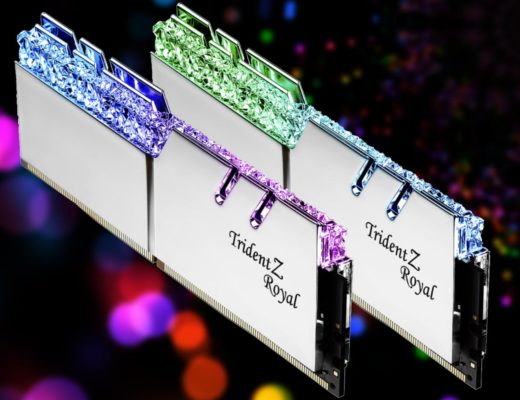 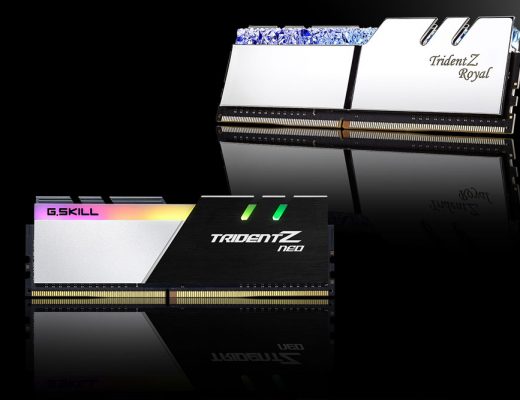 Built with the latest high-density 16Gb components, the new DDR4 memory kits from G.SKILL are the perfect choice for... 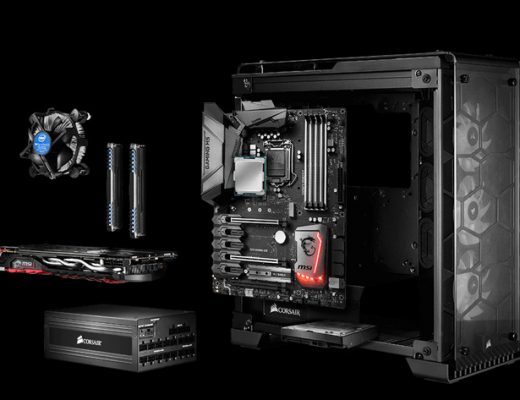 With 2018 at the door, some of us will start to imagine what our new computer will look like,...