Up to 10 Canon EOS 5D Mark II were used while filming Mad Max: Fury Road. The new Redrock Fury Rig was born from that experience. 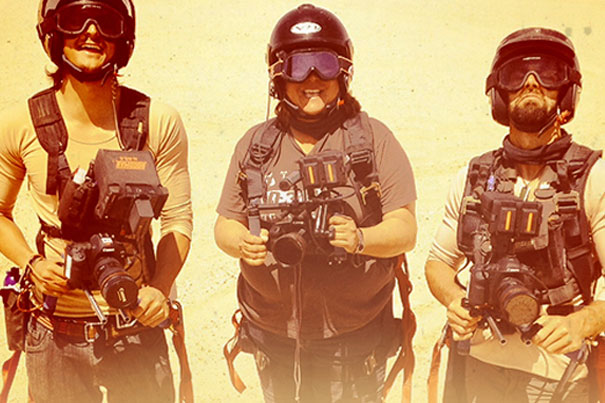 Although many dismiss DSLRs as serious filmmaking tools, producers of movies like Mad Max: Fury Road use DSLRs as part of the production, because they “can really serve a story at any production level”. Redrock Micro provided the special rigs for the DSLRs used in some of the action sequences, and now they offer a version “directly from the production set to your hands”.

Mad Max: Fury Road is one more example of the way DSLRs are used to achieve the desired results when small cameras are needed. The remake of the classic from 36 years ago used Canon EOS 5D Mark II extensively, a total of 10 cameras according to the information available. Some where even destroyed in the process.

The IMDb page for Mad Max: Fury Road, mentions that multiple cameras were used in the film: Arri Alexa M, Arri Alexa Plus, Blackmagic Cinema Camera, Canon EOS 5D Mark II and Olympus P5 (OM-D E-M5, I believe. looking at the photos available). There is also mention of a Nikon D800, in other sources, but apparently director George Miller used it as a director’s viewfinder. One article published on Redrock Micro blog mentions that George Miller is seen, in some images, “using the Nikon DSLR with wireless video to an iPad (likely a Teradek Cube) – probably to give direction to the operator on how he wants that shot framed. Great use of DSLR and wireless iPad video.” 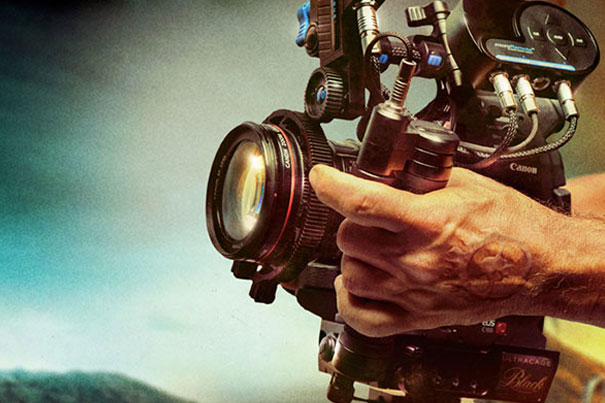 Redrock Micro got involved with Mad Max: Fury Road in the Summer of 2012, when they were contacted by a South African production company with a specific requirement to outfit Canon’s 5D Mark II cameras for a feature film. The name Mad Max was mentioned. The idea for the film dates back to 1999, but multiple reasons delayed the project, and production only started in 2012. At the time, the Canon EOS 5D Mark II, launched in 2008, was a logic choice for what the film crew needed: action shots where the use of huge cameras like the ARRI Alexa would not be practical or would need a time consuming setup.

Using different tools to achieve the results needed seems to be the reasoning that moves professional cinematographers. In that sense, the variety of cameras available today offers options that open new opportunities, some never before available to film directors. The EOS 5D Mark II cameras were used as crash cams, “semi-disposable stunt cameras”, an affordable loss if destroyed in action. Olympus bodies were used initially, due to the fact that they have in-body stabilization, but the camera’s tendency to shut down on impact or overheat, and the fact that footage was lost when they broke, led to the use of the EOS 5D Mark II. Looking at some footage it seems that even GoPros are present, even if only to register what is going on from the same viewpoint as the crash-cams. 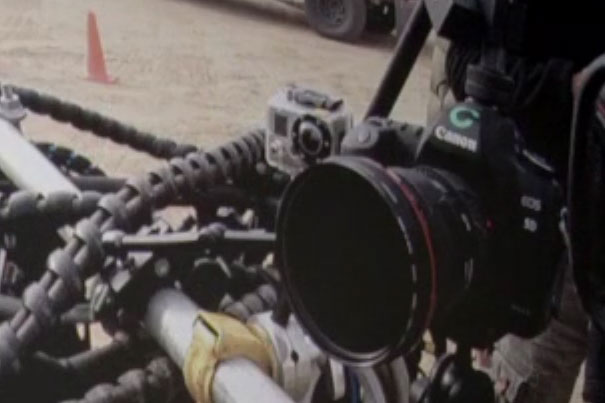 The rigs from Redrock Micro used with the Canon EOS 5D MKII were customized to each operator’s liking, but the cameras were also used in various places, firmly fixed to register the frantic action of the Mad Max: Fury Road movie. The sequences from the movie clearly show that close up point of view action is a constant, a situation where small cams work well. In the right hands they are up to the task, as is shown in the video Making of Mad Max: Fury Road.

The presentation by the film’s cinematographer John Seale ACS ASC and 2nd Unit cinematographer David Burr ACS in Melbourne for the Victorian Branch of the ACS is a wonderful voyage into the story behind the film, told by the same people that worked, together with director George Miller, in the original Mad Max, in 1979.

The two hour video is also a lesson about the importance of the final result, more than the brand of camera you use. Take two hours of your time and enjoy, it’s a great opportunity to learn from those in the industry about their skills and passion for movies. For the segment mentioning the use of DSLRs, jump right after the initial 26 minutes of video. But I would go for the whole show, really! 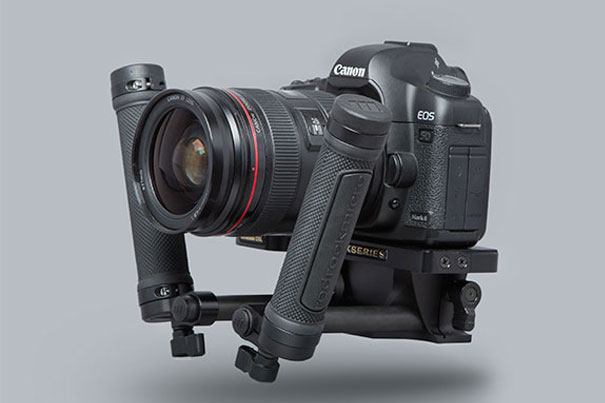 The experience Redrock had with Mad Max made the company create a special product, the Fury Rig. Inspired by the Redrock rigs used to film Mad Max: Fury Road the Fury Rig is a handheld rig that keeps your camera close and the action even closer. The low profile baseplate and carbon fiber rails keeps your rig tight, so you can stay close and move quickly. One or two handgrips in “V” style minimize camera roll and maximize adrenaline. And the rig even offers things that were not present in the initial rigs sent to South Africa in 2012: expanded compatibility to include DSLR, Canon EOS Cinema Cameras, and Blackmagic Cinema Camera. 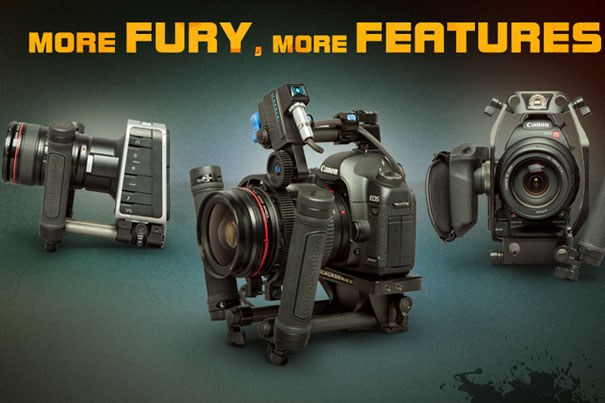 Redrock adds that they “geared up the rigs to include the latest and best Redrock offers, including improved baseplate grips and rods. Stripped down and ready to roll right out of the box. Or add what Fury Road production could only dream of: operator-controlled focus with the microRemote Fingerwheel with Rhino Mount.” Like water and fuel, The Fury Rig is available in limited quantities, continues Redrock. Whether you’re a fan of Fury Road, or want to recreate George Miller’s hell-on-the-highway action style, the Fury Rig gives you what you want. The basic kit starts at $299.