You were happier not knowing about this, but now that you do, you’ll be prepared.

Years ago, while assisting on a sitcom, I helped the director of photography shoot exposure tests on all of our zooms. The closeups were darker than expected, and she wanted to know why.

The two master cameras used 5:1 zooms, and the two wing cameras used 10:1 zooms. Our tests showed that the 10:1 zooms underexposed the image by 2/3s of a stop toward the long end of their range, apparently due to vignetting. The lesson I learned was that lens exposure markings couldn’t always be trusted.

I ran into this again as I transitioned from camera assistant to DP and found myself working in the video realm. I quickly learned that broadcast zoom lenses showed extreme port-holing at the long end of their range. As I zoomed in, I could see a ring of shadow advance from the outside edges of the frame toward the center, with the upshot that the center of the lens remained consistent in exposure but the edges dropped off considerably.

This was an important discovery. I didn’t know how important until recently.

Upon starting with ARRI as Cinema Lens Specialist, I shot a lot of tests to see how our new ARRI Signature Primes compared to other lenses. I found a lot of differences, but the most baffling was that they were almost always brighter than other lenses, often by a half stop or more.

I was baffled. How could Signature Primes be brighter than other lenses at the same T-stop? Were our T-stop markings mis-calibrated? Are we focusing the light differently on the sensor? Are our coatings somehow making the optics more efficient? None of these made sense. My assumption was that we must be doing something that bordered on the magical that changed how they transmitted light, or gave them a different dynamic range curve, because other lenses appeared to be consistent in exposure and Signature Primes were always different.

As it turned out, all of this was completely wrong.

The Not So Secret T-Stop Machine

T-stops and f/stops are different things. An f/stop is the focal length divided by the diameter of the aperture. For example:

This is a mathematical formula that doesn’t take into account that light is scattered and lost as it passes though a lens. An untreated glass-to-air surface results in a light loss of 4-6% due to reflection or absorption, and an f/number doesn’t describe that loss. Lens coatings reduce this loss, but cannot eliminate it completely.

A T-stop is simply an f/stop number that compensates for this loss. A lens is placed on a machine that projects a known quantity of light through the lens. The lens is focused at infinity, and a sensor measures the amount of light that passes through the center of the lens. The amount that comes out the back of the lens is compared to the amount of light that enters the front, and the difference between the two determines the T-stop.

For example, a lens may pass a quarter to a third of a stop less light than its f/stop would indicate, and the T-stop takes this into account. A lens that is T2.8 might actually be f/2.6. (The f/number is always wider than the T-stop.) That way, when you use a light meter and set your lens to a certain T-stop, you’ll see an image with the proper exposure, even though the actual, mathematically-derived f/stop might be different.

Everyone uses the same T-stop machine. It’s made by Zeiss. If we’re all doing the same thing with the same machine, then the calibration process isn’t the answer.

It’s all about infinity

Lenses (excluding macros) are designed to work best at infinity. Everything else is a compromise. Hopefully not much of a compromise, but the closer one focuses any lens, the harder it is to make that lens look as good as it does at infinity.

One aspect of this is lens breathing. To focus a lens, optical elements move forward and back within the lens. Doing this changes the lens magnification, or size of the image projected onto the sensor. This zooming effect is known as “lens breathing.” It’s very common in still lenses, but it can be seen in a lot of cinema lenses as well. The best way to determine how much a lens breathes is to rack focus dramatically with the lens stopped down to around T11, as very soft backgrounds tend to conceal lens breathing. If the image changes size when you do this, then you’re seeing lens breathing.

The reason we’re talking about lens breathing is because this change in magnification results in a loss of exposure. As the image size increases, the light energy is spread across a larger surface, which means every point inside that image is now dimmer than it was when the lens was focused at infinity and the image was smaller.

The change of exposure that happens as a result of lens breathing is called “focus ramping.” As focus is moved forward, away from infinity, overall exposure drops.

There is a fix for this. As one group of elements moves to adjust focus, another group of elements can move a different way to counteract this change of magnification. This is a complex process, as the compensatory elements must move perfectly in relation to the focusing group, and any time one adds more glass to a lens the design, the complexity of the design increases.

ARRI Signature Primes are very well corrected for image breathing, and so far I’ve not detected any focus ramping on them at all—and this in spite of the fact that the 12mm and 280mm show minor focus breathing. (With extreme focal lengths, breathing is impossible to eliminate as one simply runs out of room to move the necessary elements the proper distance. Signature Primes breathe less than any other lens type I’ve tested, even at extreme focal lengths.)

Signature Primes aren’t necessarily brighter than other lenses. It may be that the other lenses, when focused forward from infinity, are darker.

I don’t have access to a Zeiss T-stop calibration machine. I do have access to a matte box, a fresnel lamp, and a piece of typing paper. As I’m not calibrating a lens, but only observing its behavior, this is enough.

Then I ran through the same procedure again with a competitor’s lens.

(I tested a 75mm ARRI Signature Prime. The competing brand didn’t offer a 75mm focal length so I used the next closest lens within 10mm.) 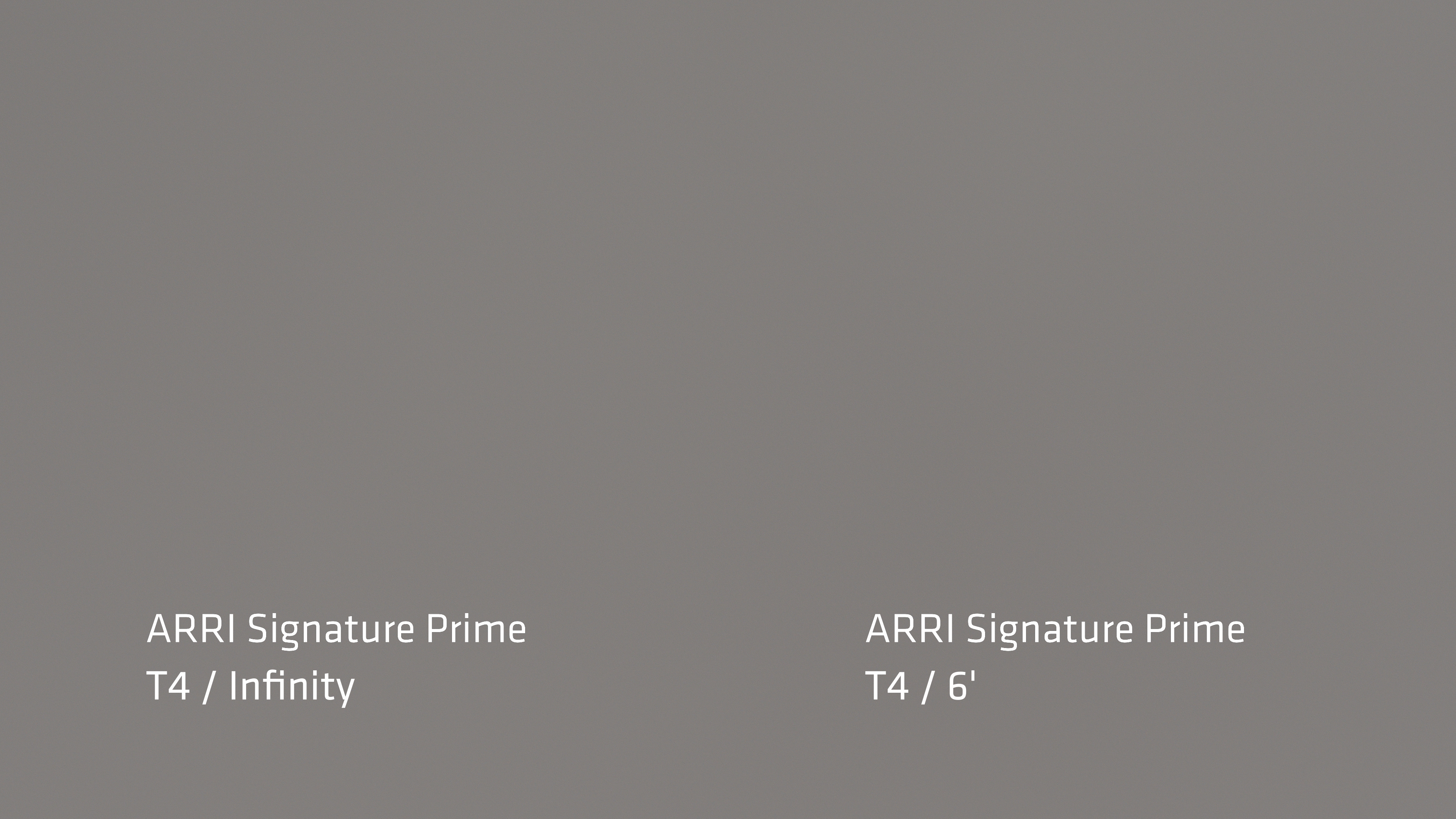 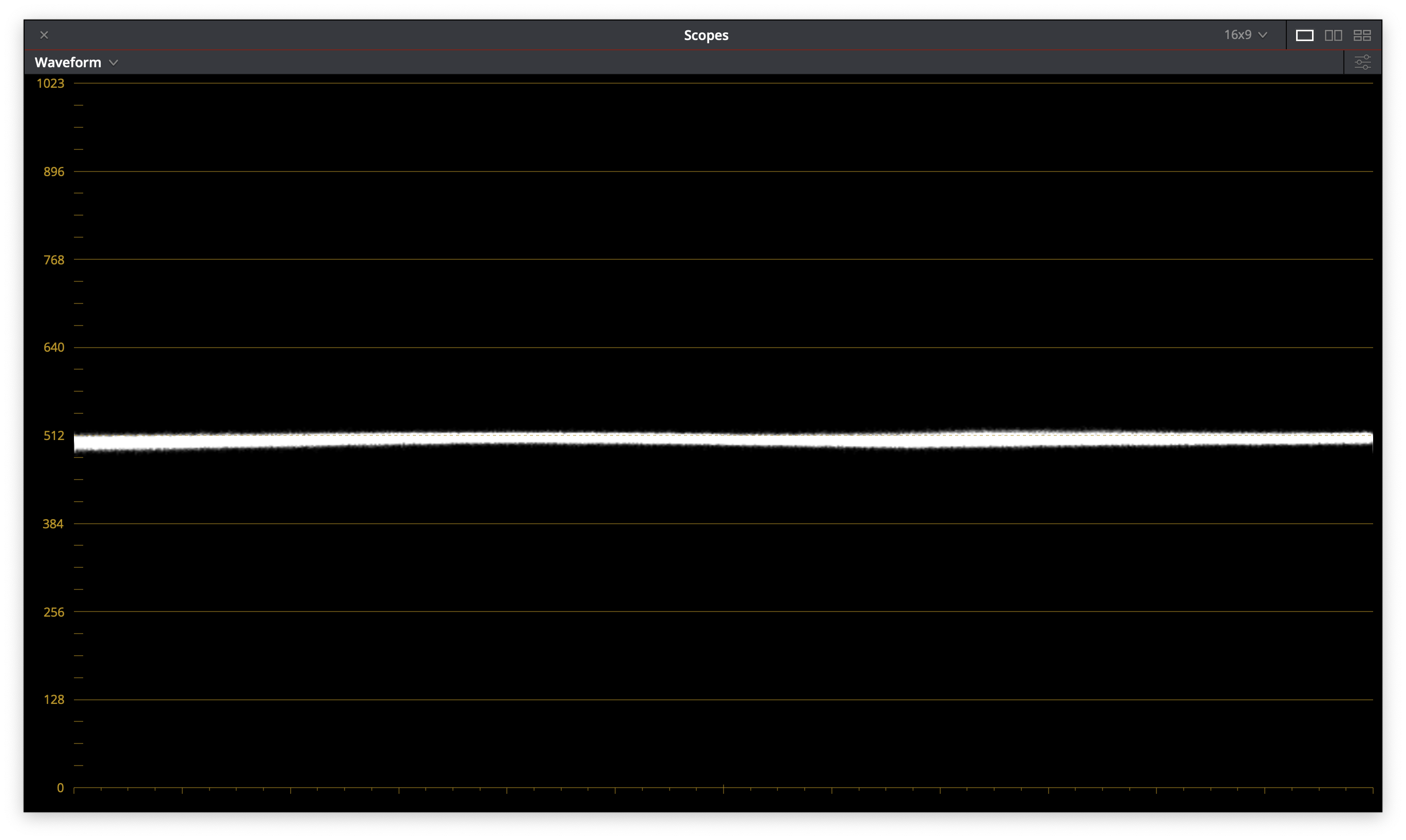 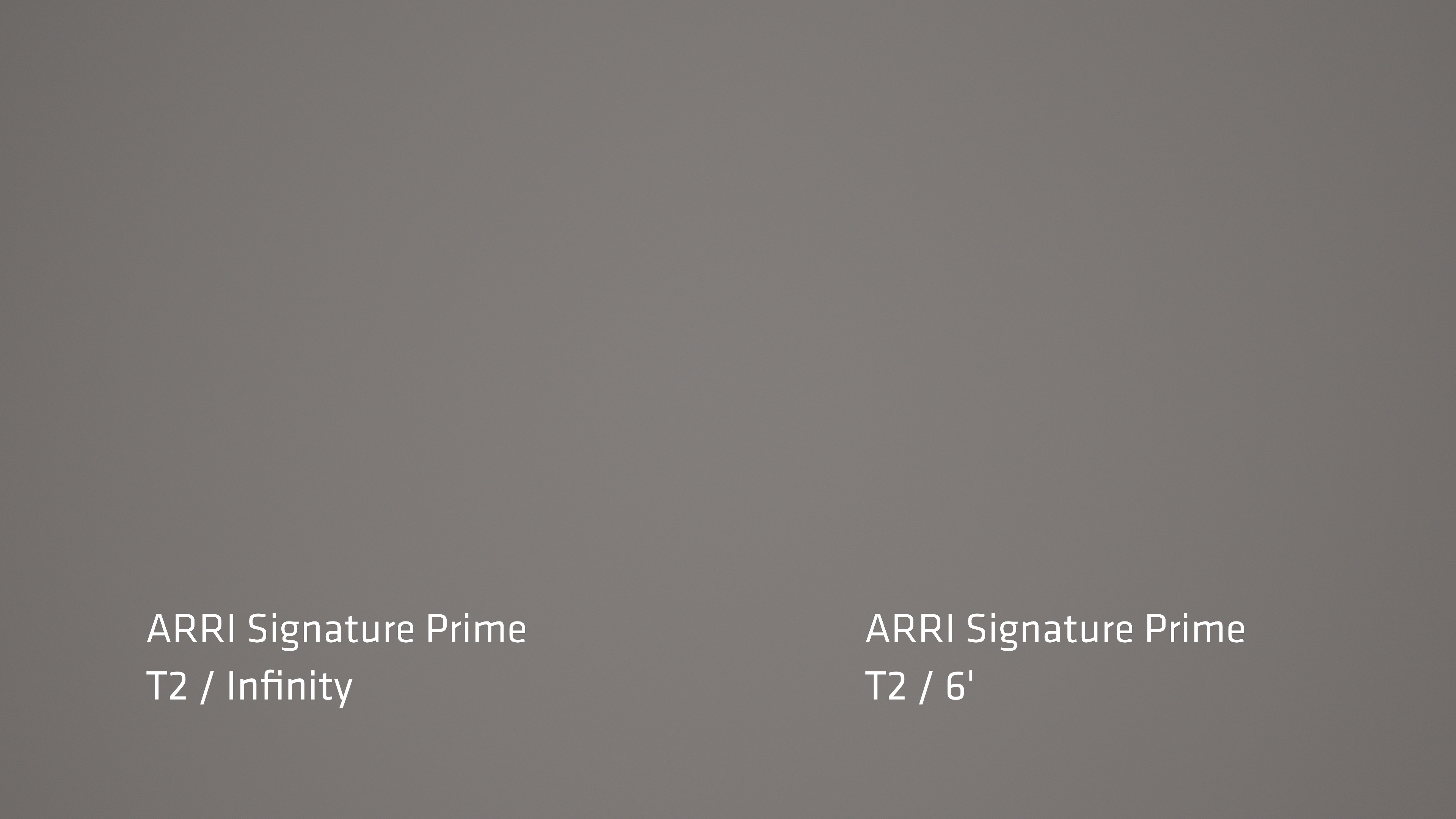 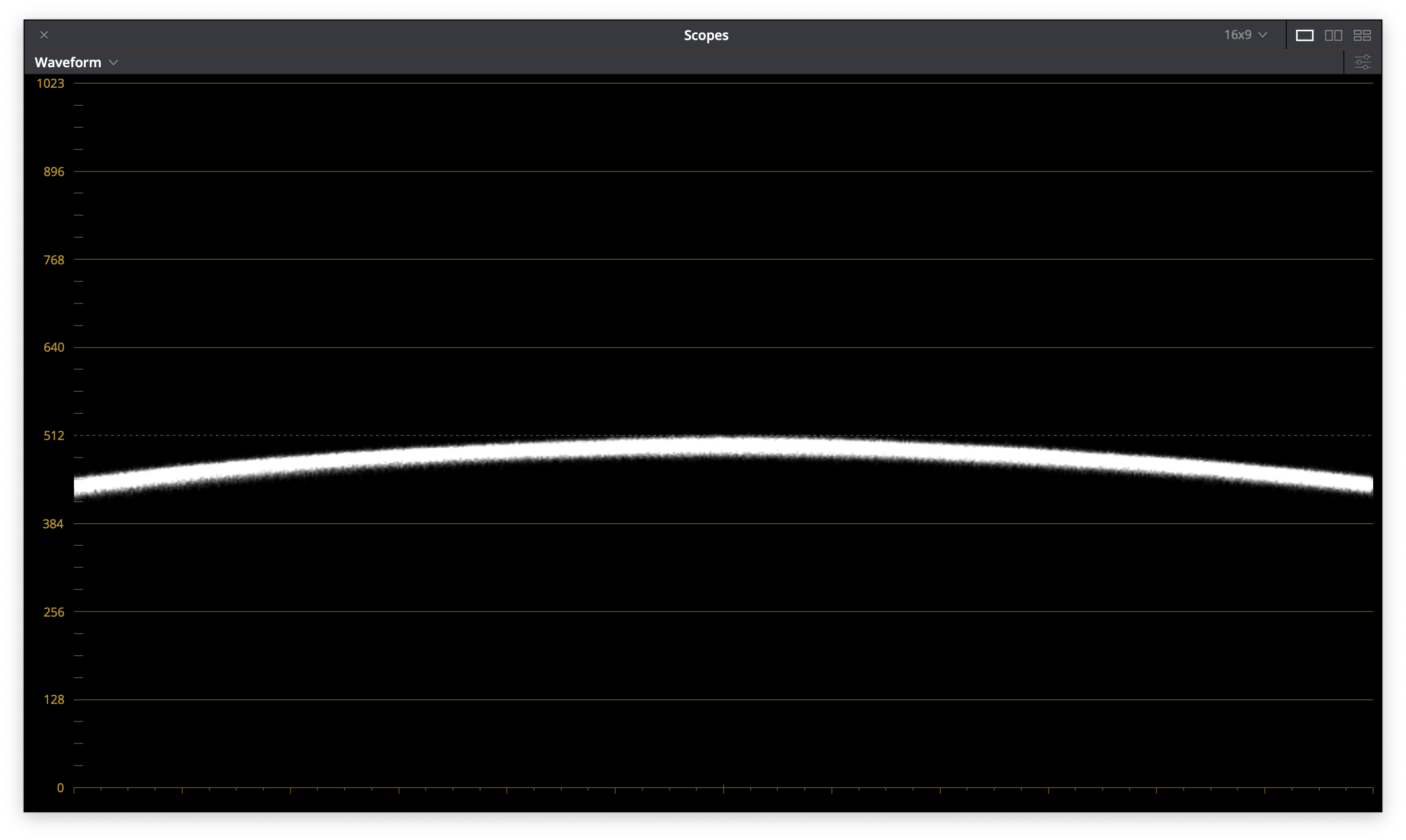 The Signature Prime shows some vignetting at wide open, which is normal. Eliminating this kind of shading at very wide f/stops requires the lens to be much bigger, and therefore heavier. Every manufacturer compromises in this way. This vignetting manifests in the form of cat’s eye bokeh.

And now, a competitor’s lens. 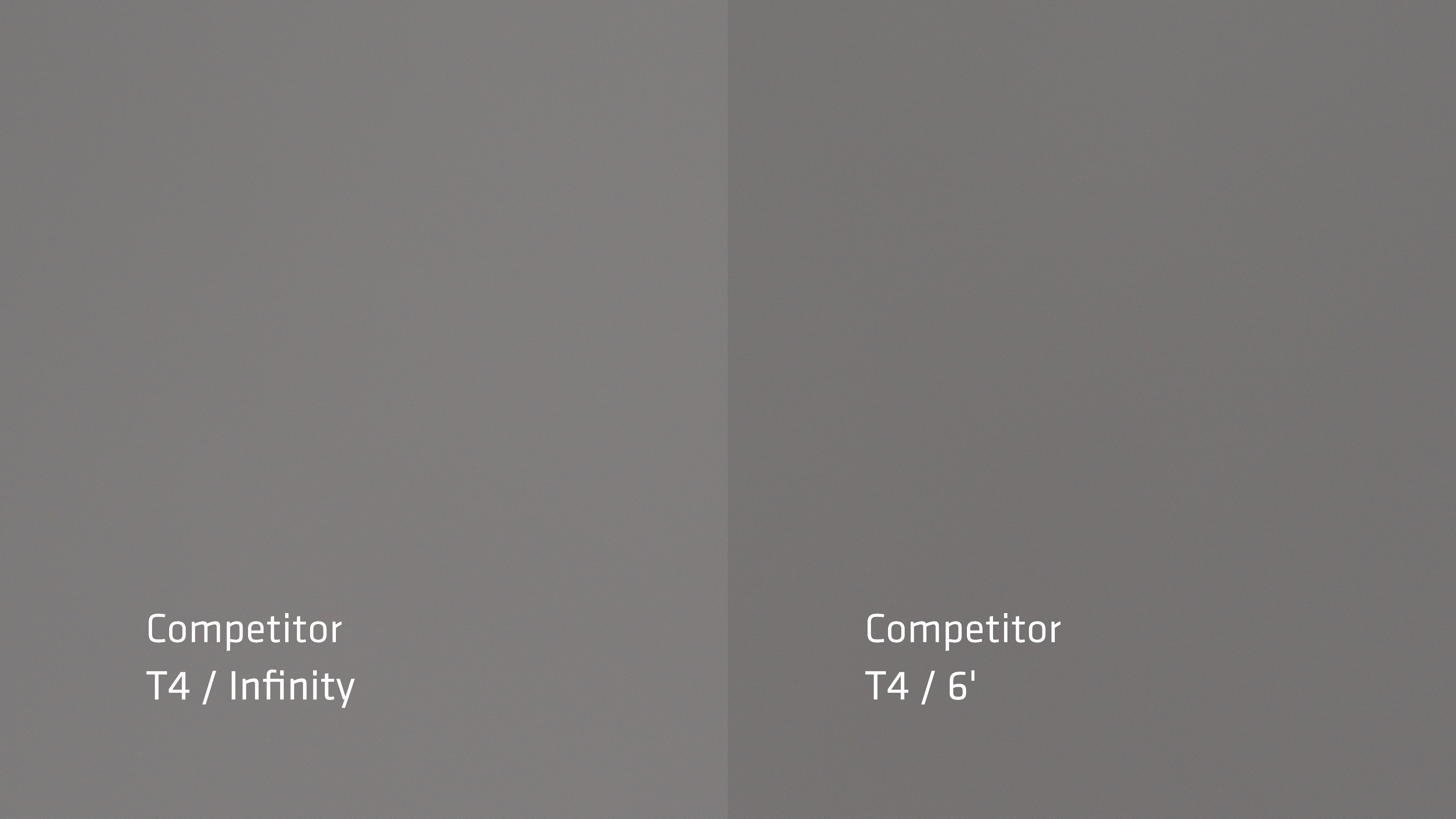 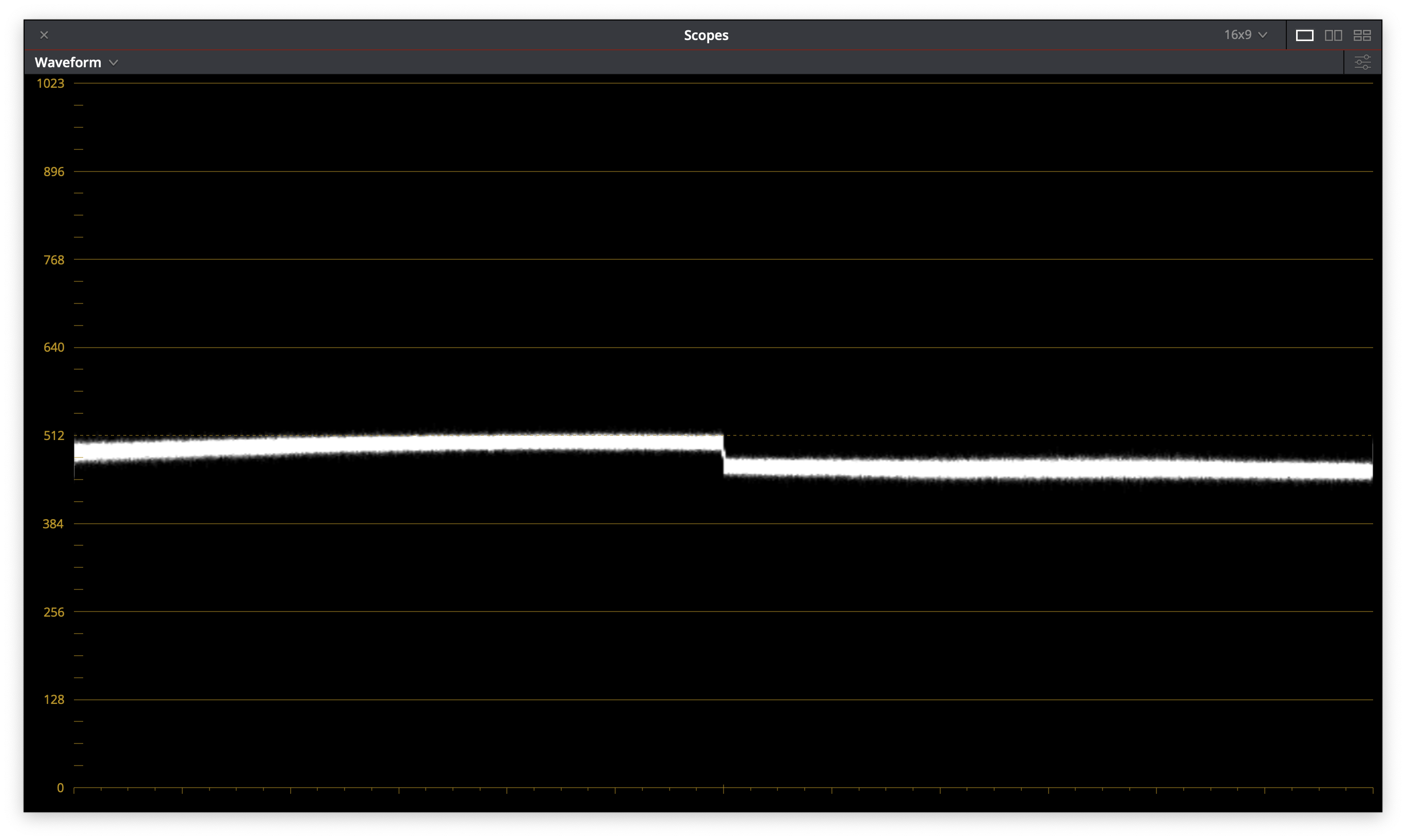 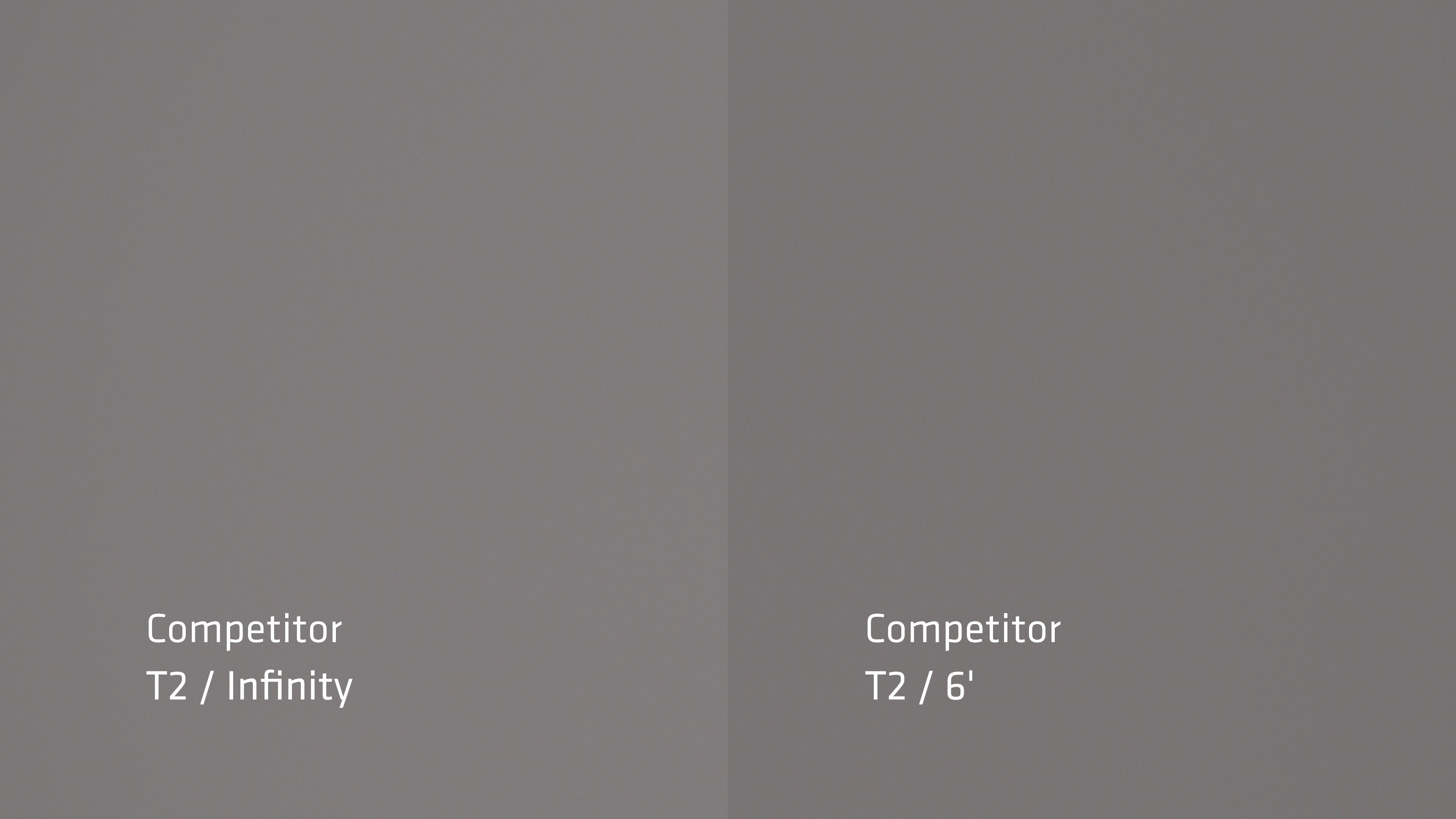 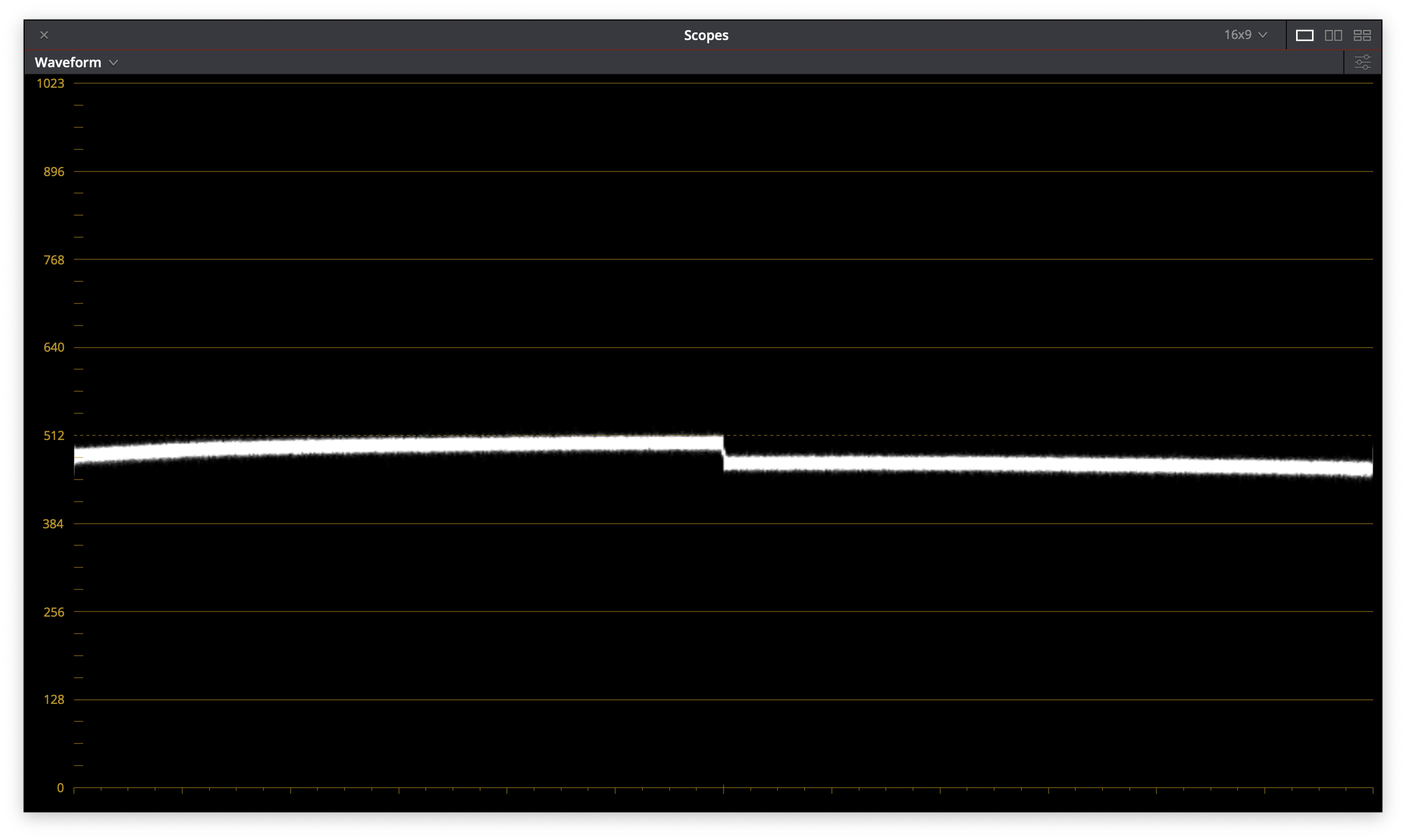 It appears focus ramping is real.

I’ve been thinking about why I might not have noticed this. It appears to affect lenses from 40mm up, so this effect wouldn’t show up in wide shots. It should show up more often in closeups, but if a person’s face is large enough in the frame then an image can be a little darker and we’ll still see plenty of detail. The difference in exposure might not register psychologically.

In the end, the drop in exposure is only about a half stop (at least for this particular lens, at this focal length, and at this focus distance; other lenses will differ) and this is easily fixed in post… if the exposure is beefy enough, and if the colorist knows to ramp exposure if the focus shifts from a distant subject to a much closer one. If you’re playing your exposures right on the edge, or working at a high ISO, or working with a director and/or producers who have mandated a “I want to see the actors faces clearly at all times” brightness level then this half stop could make a difference.

This can also skew your sense of exposure. For years, I was intensely frustrated by the fact that my light meters almost never agreed with what I saw on the monitor, and I’d always blamed the camera for this. Now I know that lenses played a role as well.

I was blissfully unaware of focus ramping for my entire career. Now that I know about it, I will never stop looking for it. And now I have passed that curse on to you. Enjoy.

Art Adams is Cinema Lens Specialist at ARRI, Inc. You can reach him here.