Forget the spec sheets and the marketing blurb. Here are the first videos shot in 4K UHD with the new Nikon D5 and D500. Apparently, both cameras work as promised. 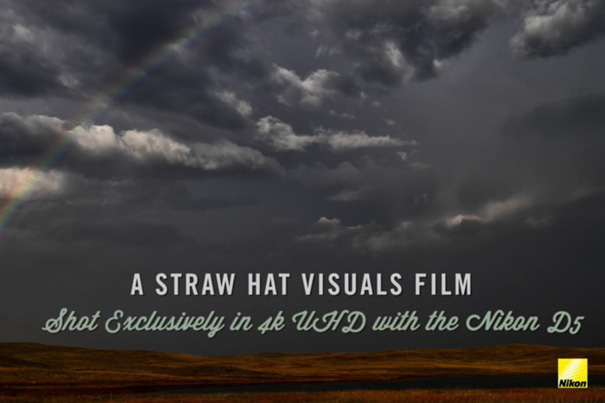 The first videos made with the Nikon D5 and the D500 reveal that these cameras are, also, made for making movies. Nothing stops them, not even the 3-minute cap on the Nikon D5.

Nikon started to publish videos created with their new cameras presented at CES 2016, and one of the first videos made available comes from Nikon Ambassador, Bill Frakes, who took the D5 home to Nebraska to capture the Cornhusker State’s beauty in stunning 4K UHD video.

At a moment when many of the comments on the web about the new professional DSLR from Nikon refer to the negative aspects of it only being able to shoot 3 minutes of 4K UHD, Bill Frakes seems unaware of that, and creates a video which is 5 minutes long. The version available on YouTube, unfortunately, only offers 720p, but it is the intention that counts.

The video, mixing time-lapse sequences with video, is not the only one available on YouTube now. There is another video shot in 4K ultra-high definition with the Nikon 5D, Inspired, created by Nikon Ambassador Corey Rich. This video, is also not viewable at 4K, but at 1080p. Still, it shows that the 3-minute cap is no problem, as some put it, as Inspire has over 10 minutes of length.

Inspired, which is the second film in a series, explores what drives today’s most diverse and interesting professional photographers and filmmakers, and captures the commitment it takes to tell truly meaningful stories. If you put the 4K aspect aside – not viewable here, anyway -, what you’ve is a documentary film about the work and passion of multiple photographers, an enjoyable 10-minute ride which will make you want to grab your camera and do something meaningful with it. I think that’s the most important message from Inspire.

The camera, which seems to be a videographer’s dream, can capture 4K UHD (3840 × 2160) as well as 1080/60p, with HDMI output, besides offering a 4K UHD time-lapse feature allowing the creation of time-lapses in camera. Another interesting aspect of the D500 is that in Full HD the electronic system for vibration reduction works well to reduce the movement, allowing users to capture video with the camera handheld.