While there are many “opinions” online about the new 50MP cameras from Canon, photographers aiming to see real world results may have less choice. A video published by Michael Tapes may be a good option. 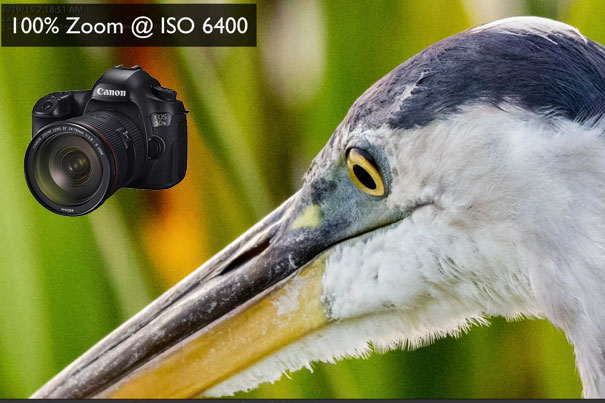 The 12 minute video available online can be seen as a sales pitch for Michael Tapes Design products like the Lens Align or FocusTune, tools to micro-adjust AF of your lenses and camera, but that’s a simplistic appreciation of it. The author says he intended to do a real world review of the performance of the Canon EOS 5DS R and that’s what the video offers, I believe.

For some it may be a very limited test, because it covers a specific subject, birds, but that’s probably one area where there is a lot of interest for a camera like this. Michael Tapes indicates he uses a Canon EOS 1DX, with a 18MP sensor, from which he gets incredible results, but that he would be happy to have more resolution without sacrificing anything else.

That’s the question he tries to answer in the review, one in which we discover that the full resolution of the Full Frame sensor also means that going for a 1.6x crop, for some extra reach, the EOS 5DS R still offers a final image with 19,6 millions of pixels, meaning it gives almost the same resolution as the APS-C camera from Canon EOS 7D Mark II, which has a 20,2MP sensor. That’s some interesting info that some users might want to consider when buying a new camera, although the high price of the EOS 5DS R will probably not make it accessible to everybody. Anyway, it should be said that not many people REALLY need a 50MP camera. 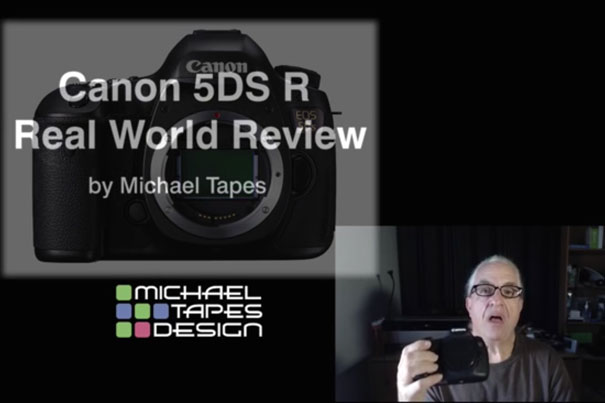 Through the 12 minutes of Michael Tapes video you’re reminded that the resulting images from any camera are the sum of all parts: camera, lens and photographer’s technique, and that should always be taken into account. Meaning a review done by a photographer that has little experience with a system might not be a good buying guide. I mention this because, in fact, a lot of what we see online these days — about technology and many other things — reminds me of a quote by Italian writer Umberto Eco. In a recent interview Eco said this:

“Social media gives legions of idiots the right to speak when they once only spoke at a bar after a glass of wine, without harming the community. Then they were quickly silenced, but now they have the same right to speak as a Nobel Prize winner. It’s the invasion of the idiots.”

Having read multiple examples of Ecos’s previous work, I just finished reading his recent book, Numero Zero (highly recommended, I dare say), which deals with Mussolini, “media hoaxes, gossip and murder”,  and I could not agree more with his words. So, 12 minutes of video that really give you valuable information are to be praised and shared.

Michael Tapes says that, in his opinion,”other hi-res camera have failed to give their potential real world results, because of different aspects of the system” and he believes that “with the 5DS R Canon has used all of their technologies to allow the capture of superior hi-res images based on the AF system, sensor, lens, IS, new mirror mechanism, etc.” The photos shown explain why Michael Tapes got excited using the camera. They show a real world experience from someone that knows his subject and has been photographing for over half a century.

The author – Michael Tapes –  hopes the video is informative and instructive as to the potential of this new camera. Take 12 minutes of your time, look at the real world images published and you’ll probably agree, when you reach the end, that you’ve just learned something new. I know I did.

Canon promised a EOS R camera with 8K video internally and here it is: the R5. Along comes the...