Canon will officially announce the EOS-1D X Mark II tomorrow, but the information about the camera is already available, through a dealer’s webpage. Confirming that the new model follows in the steps of the EOS 70D, when it comes to video features. 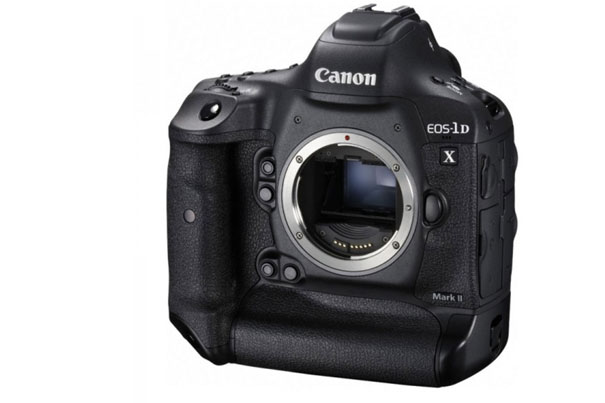 The complete specifications make the EOS-1D X the new top of the line Canon model in multiple aspects. When it comes to video, three things need to be mentioned: 4K (4096 x 2160 at 60fps), Dual Pixel AF and a touch screen to focus the camera.

With the new EOS-1D X Mark II Canon wants, apparently, to set the bar when it comes to video capture. A mix of new features and those already proven on the EOS 70D appear on this professional model, which is presented as an “incredibly capable camera for moviemaking”. Thanks to its Dual DIGIC 6+ Image Processors and its advanced sensor, it can capture huge 4K (Motion JPEG) video at up to 60 fps, recording smoothly to CFast cards. It’s the first EOS camera able to record Full HD video at 120 fps, “easily displaying minute details imperceptible to the human eye and ideal for slow-motion video capture”.

Video on the new camera, as mentioned above, is 4K (4096 x 2160) in Motion JPEG and then Full HD and lower resolutions in MOV file format, with variable bitrate MPEG-4 AVC/H.264 encoding, and a choice of two compression types: ALL-I (intraframe) or IPB (interframe) for smaller files. The choice of M-JPEG for video in 4K may be a compromise Canon accepted, in order to not have problems with overheating of the sensor, something that has been a problem for some time. 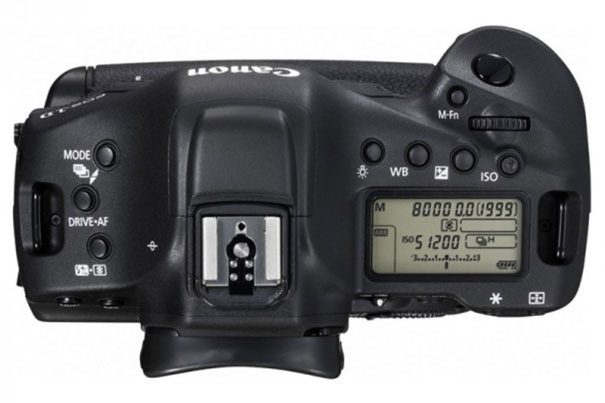 Motion JPEG or M-JPEG is a digital video sequence that is made up of a series of individual JPEG images. The advantage of M-JPEG is that it needs less processing power, as there is practically no compression. The disadvantage is that it needs more bandwidth and space. Apparently, that’s one of the reasons for Canon using CFast memory cards in the new camera, although they kept a CF slot, for those professionals who have a huge collection of CF’s. It makes complete sense, also because not everybody will need or want 4K, and there are more common file format choices in Full HD, where the heat problems may not be present at this stage.

Dual Pixel AF, first introduced with the EOS 70D, is fully confirmed on the EOS-1D X Mark II, the first time it appears on a Full Frame sensor and a sign that Canon is really investing into the technology as something essential for video capture. The information on their press-release, indicates that “with significant improvements in AF operation, the EOS-1D X Mark II camera can be an indispensable and remarkably portable moviemaking tool. Continuous AF, even during 4K recording, is made easy thanks to the EOS-1D X Mark II’s Dual Pixel CMOS AF, which is compatible with all Canon EF lenses.

To fully explore the Dual Pixel CMOS AF (or DPAF for short) Canon introduced a new touch panel LCD screen on the EOS-1D X, something that they, regrettably, did not do on the EOS 7D Mark II, which also uses DPAF. Focus points can be selected automatically, or specified on the camera’s new touch panel LCD screen. Critical focus throughout the frame can be easily confirmed by enlarging stills grabbed from video recordings. The EOS-1D X Mark II’s Movie Servo AF is compatible with all frame rates and resolutions, and can be customized to set tracking sensitivity, AF speed and even Face Tracking priority. These advanced features help make the EOS-1D X Mark II a truly versatile and convenient camera for 4K and Full HD moviemaking. 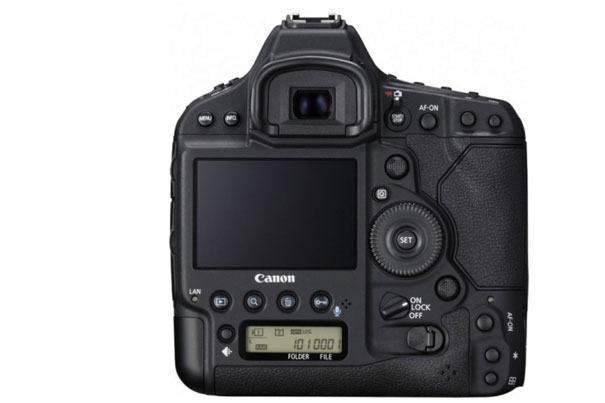 With low-light performance improved, video recording at ISOs of up to 12800 in 4K and 25600 in Full HD is possible, says Canon. The EOS-1D X Mark II also features uncompressed HDMI output for Full HD videos, helping to facilitate video editing with minimal image degradation. Not to mention, it can also save videos as MP4s for easy playback on mobile devices.

As a photographer’s tool, the camera builds on its heritage, offering up to 14 fps (up to 16 fps in Live View mode) can be captured at a burst rate of up to 170 RAWs with a CFast card, and an improved 61-point AF system helps deliver clean, sharp images quickly, even in dim light. Dynamic range on Canon models has been less appealing than on models from Sony and Nikon, and although there may be some changes with the EOS-1D X Mark II, a note in the press-release may be an indication of where the camera excels. Canon states that users can “experience less noise in higher ISO images via a new 20.2 Megapixel full-frame CMOS sensor, with an ISO range of 100–51200; expansion to ISO 409600.” 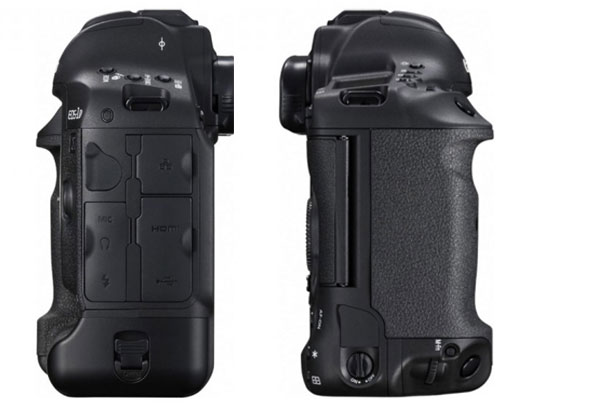 While dynamic range at low ISO may not have changed much, Canon believes that “the EOS-1D X Mark II performs brilliantly, swiftly and stunningly no matter when or where the photographer is shooting. From the stadium, safari or studio to virtually everywhere in between, the EOS-1D X Mark II maintains and enhances all the hallmarks of what Canon has to offer, marking a new page in the legacy of the EOS series of cameras.”

The EOS-1D X Mark II camera incorporates a number of significant improvements to help deliver highly precise, reliable AF and AF tracking, both faster and available in more situations. It features a new 61-point High Density Reticular AF II system with 41 cross-type points that expands the AF area approximately 8.6% in the top and bottom of the central AF area, and approximately 24% at the top and bottom of the peripheral frame. A wider subject tracking area improves the AF system so that challenging focus tracking in scenes with sudden changes of speed and subject position is easier than ever. 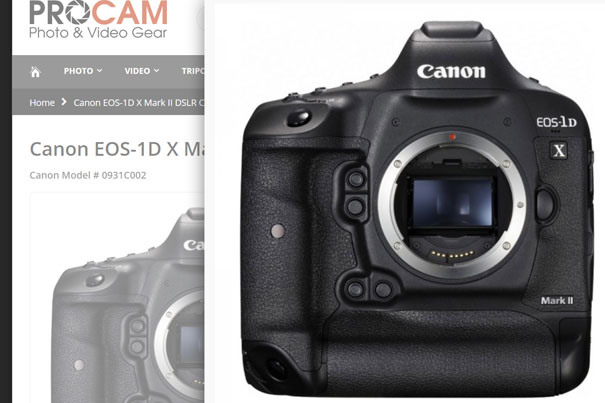 In terms of viewfinder there is also news. The EOS-1D X Mark II camera features a new Intelligent Viewfinder II for convenient composition and setting changes without taking an eye off the subject at hand. The camera’s viewfinder can show significantly more information in the LCD display and presents AF points in red (a problem with the first X), increasing visibility in dark locations where AF is typically difficult and in situations where the ambient light makes the AF frame difficult to see. Features like the electronic level, a grid, flicker detection, white balance, metering mode, AF information and more can be glanced at easily without drawing attention away from the subject.

With built-in GPS, a new optional Wireless File Transmitter WFT-E8A is compatible with IEEE 802.11ac/n/a/g/b, supporting both the 2.4 GHz and 5 GHz Wi-Fi bands, and a body constructed of rigid, high-strength magnesium alloy for rugged performance, featuring a grip design for easy finger placement and reduced hand fatigue, the camera’s shutter has lightweight, carbon-fiber blades, and is rated to maintain up to 16 fps performance without compromise, for up to 400,000 cycles. The EOS-1D X Mark II and accessories like the new Wireless File Transmitter WFT-E8A have extensive gasketing for improved dust and water resistance, even at their connection points.

The price is $5,999.00 for the body only, as indicated on the website that revealed all the info one day before the official announcement.