Christopher Henze learned the ropes of documentary filmmaking from veteran Jeff Gibbs, Co-Producer of Michael Moore’s film Fahrenheit 9/11. When Gibbs challenged Henze to decide what movie to make, he advised him to focus on something personal. At the time, Henze’s wife was pregnant, and it hit him that he could make a documentary that would honor the journey of pregnancy.

Christopher Henze learned the ropes of documentary filmmaking from veteran Jeff Gibbs, Co-Producer of Michael Moore’s film Fahrenheit 9/11. When Gibbs challenged Henze to decide what movie to make, he advised him to focus on something personal. At the time, Henze’s wife was pregnant, and it hit him that he could make a documentary that would honor the journey of pregnancy.

40 Weeks includes interviews with women that touch on a variety of physical and emotional topics throughout their pregnancy journeys. In creating the film, Henze ultimately wanted to help women have safer pregnancies and healthier babies. He chose to work with Adobe Creative Cloud, taking advantage of the editing flexibility offered by Adobe Premiere Pro CC. In addition to completing his first documentary feature film using Adobe Creative Cloud apps, Henze and his wife have also launched the website bigbelli.com to continue providing resources for pregnant women and new mothers.

Adobe: When did you first become interested in filmmaking?

Henze: I realized I was supposed to be a film director when I was 10. My dad is a still life photographer who at one time wanted to become a director of photography. I spent time around movie sets with him and remember asking about the person who was telling everyone what to do. My dad described what a director does and I said, “That’s what I’m supposed to do!” I feel like I’ve been on a path my whole life to reach this point of directing a film.

Adobe: How did you get to the point of realizing your dream?

Henze: Early in my career I worked in marketing and advertising, which led me to create my own company. I met Jeff Gibbs shortly after the release of Fahrenheit 9/11 and started working with him on his next project. He took me under his wing and taught me how documentary films were made and how to tell a story. I applied this knowledge to my film, 40 Weeks, which I saw as a way to give back to my wife and all women. 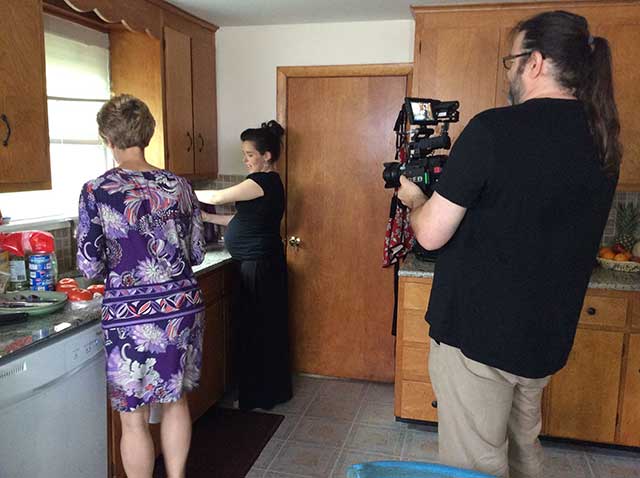 Adobe: Why did you switch to Adobe Premiere Pro?

Henze: I was an Apple Final Cut Pro 7 user and when Final Cut X came out I was really excited, but quickly realized it wasn’t ready for anything professional. The logical switch for me was Adobe Premiere Pro. It wasn’t a big leap to go from Final Cut Pro 7 to Premiere Pro, which was great.

Initially, I wanted to see if Premiere Pro was robust enough to handle the workload of a major movie. I used it to edit some commercials, industrial films, and music videos and was immediately comfortable with it. Adobe’s integration with RED cameras became the tipping point for me. It was thrilling to have something I could believe in after abandoning all of my years of experience with Final Cut Pro.

Adobe: What was the benefit of working with Premiere Pro to edit 40 Weeks?

Henze: I knew I wanted to have a lot of spontaneity with the footage. I love how Premiere Pro lets you bring any type of footage into your timeline in its raw form. I had 600 hours of footage for the movie, mostly recorded raw with RED 6K and 5K cameras so I could unobtrusively capture a wide frame. I also incorporated footage from other cameras, including iPhone shots from the mothers. The movie has a feel that is very natural and the tools I used for capture and post-production had a lot to do with that.

With the ongoing Creative Cloud updates, Premiere Pro kept evolving into exactly what I needed to accomplish my film. If I had the green light to do this project six or seven years ago none of this could have happened. Technology has crested so we can edit this quantity of footage efficiently, with high cinematic quality, and put out something that is really good. 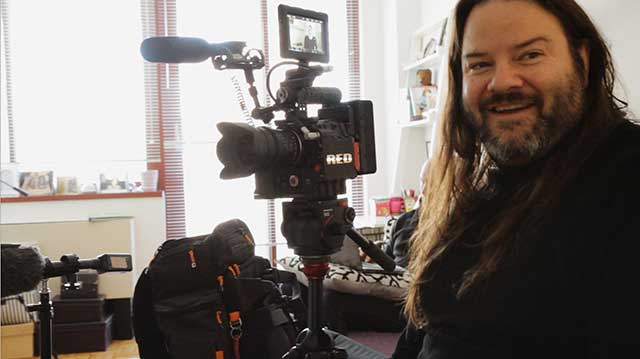 Adobe: What other Adobe Creative Cloud apps did you use?

Henze: I used Premiere Pro for assembly, SpeedGrade to color correct, Illustrator for graphics, Audition for my voice over recording,and Photoshop to look at shots in detail to make sure colors were correct. All of the Creative Cloud apps worked together to allow me to make the movie.

Framing and color can really change the emotion, especially when people are talking about very intimate and profound subjects. Shooting wide let me push in and reframe shots in Premiere Pro to help tell the story. I think the way something looks changes the way you edit it, so the closer you can have your footage to how it will look when it is final the better editing decisions you can make. I really like how SpeedGrade is integrated with Premiere Pro via Direct Link, making it easy to apply color adjustments early in the process. Even if changes are needed after the color correction is done, it’s easy to conform. 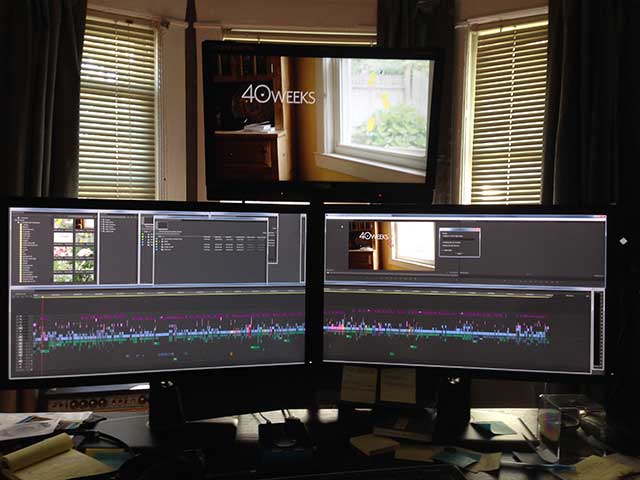 Adobe: What is Big Belli?

Henze: When we realized the untapped opportunity that 40 Weeks represented my wife suggested creating a community that puts high-quality information in front of women to help modernize the way they are being supported in pregnancy. The website focuses on the incredibly important 1,001 days from conception to two years. Our sponsors were happy to have us use part of their investment to create the community because it keeps their voice in front of their target audience.

Henze: We weren’t able to include all of the interviews in the film, but we can include them on the website. We’re going through the Premiere Pro timeline for each interview and adding metadata related to what each interviewee is talking about. We have editors working simultaneously, with one adding markers and another grabbing footage. This makes it easy for us to make a short webisode about a particular topic, such a stretch marks. Premiere Pro is the hub that helps us tell different stories. 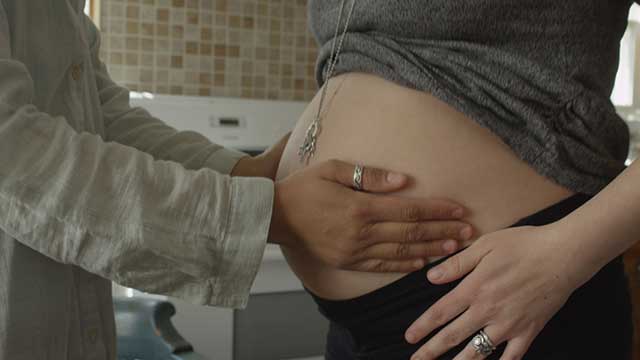 Adobe: How many people worked on this project?

Henze: We probably had 20 people working on the film, from editors and producers to casting and crew. I purchased Adobe Creative Cloud for teams, which made it easy to administer the software, especially for one of our editors who worked off site. Big Belli also has full team focused on social networking, sales, and administration, working flat out to move this forward.

Henze: Our focus is still on advertising 40 Weeks, which is available on iTunes, Amazon Prime, and our website. People all over the world are buying it. We’re also ramping up to make a sequel to 40 Weeks called One, which covers the first year of a child’s life. We’re exploring creating it as a 13-part series.