The new Phantom 4 Advanced from DJI offers, claims the company, the ideal flying camera at the most affordable price. The new drone will be on display at NAB 2017. 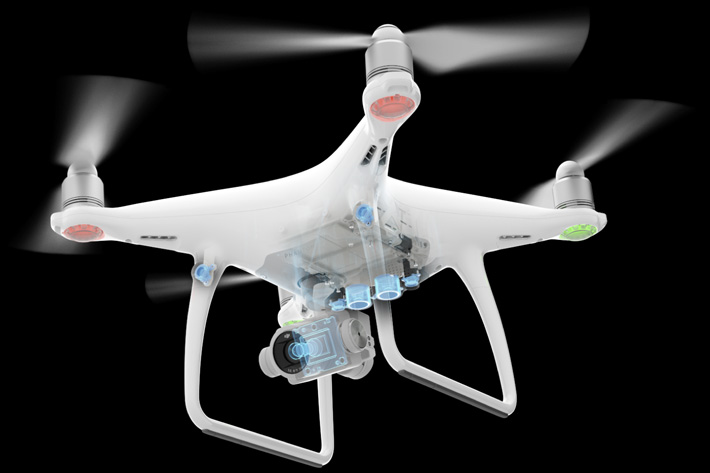 The arrival of the Phantom 4 Advanced from DJI means one thing: April 30 the Phantom 4 model will reach its End of Life (EOL). The (old) king is dead, all hail the (new) king.

Rumors suggest DJI will have a 100 megapixel drone for NAB 2017. It’s interesting to realize that drones can also be measured by the millions of pixels their cameras offer, but the rumor may not be far from reality, as the relation between DJI and Hasselblad expands. While the 100 megapixel sensor drone may be a rumor for now, the 20 megapixel sensor present on the new Phantom 4 Advanced is a reality.

The camera is one of the reasons why DJI launches this drone, presented as the most affordable, intelligent and powerful flying camera you can find.  The Phantom 4 Advanced’s upgraded camera is capable of shooting 4K video at 60 frames per second. The more powerful video processing now supports H.264 4K videos at 60fps or H.265 4K at 30fps, both with a 100Mbps bitrate. Excellent optical performance, sensors and processors, adds DJI, “ensure everything is captured with high dynamic range and more image detail needed for advanced post-production.”

The onboard camera is equipped with a 1-inch 20-megapixel CMOS sensor. A custom engineered lens made up of eight elements is arranged in seven groups. A mechanical shutter is used to eliminate rolling shutter distortion which can occur when taking images of fast moving subjects or when flying at high speed. In effect, it is as powerful as many traditional ground cameras, adds DJI. 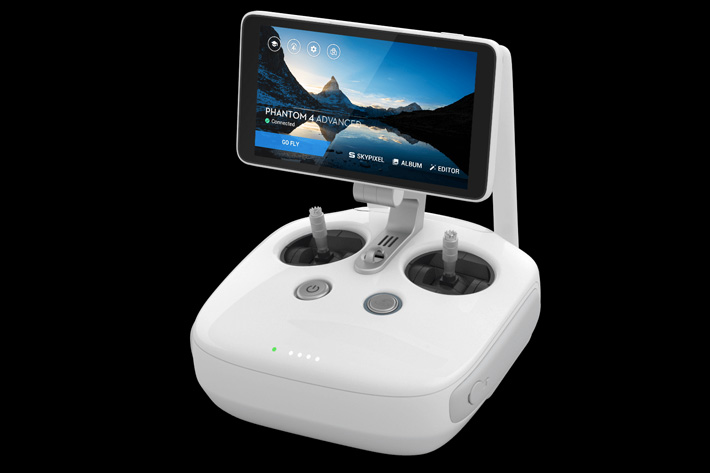 Similar to the Phantom 4 Pro, the Advanced comes with many key intelligent features that allow smooth automatic flight modes, including Draw, ActiveTrack, TapFly, Gesture and Tripod. Equipped with the FlightAutonomy system made up of 5 vision sensors, forward-facing obstacle avoidance system, dual-band satellite positioning (GPS and GLONASS), and ultrasonic rangefinders, the Phantom 4 Advanced is able to hover precisely in places without GPS and fly in complex environments.

In fact, the Advanced comes in two versions. The Phantom 4 Advanced+ version offers a 5.5-inch 1080p screen integrated into the controller. The screen is more than twice as bright as conventional smart devices, making it an ideal aerial imaging solution for outdoor use.  In addition, creators can now do more with the Phantom 4 Advanced’s increased storage capacity using a 128GB microSD card and a flight time extended up to 30 minutes.