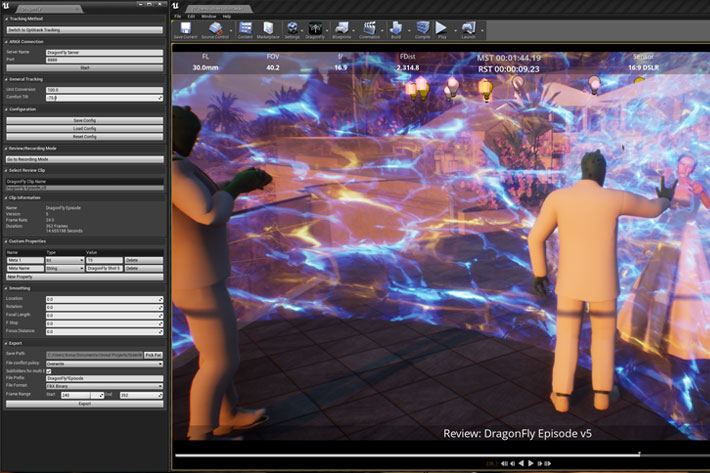 DragonFly brings professional virtual cinematography tools to filmmakers and content creators everywhere. The new solution can be downloaded for free as a 15-day trial, from Glassbox website.

DragonFly is a powerful virtual camera plugin that allows users to visualize computer generated scenes in real-time, enabling fast and efficient creative decision making. It gives you the power to view your computer-generated environments, character performances and scenes, just as if you were doing a live action shoot, but virtually. Developed in collaboration with top Hollywood visualization and production studios, including The Third Floor, for best-in-class results, the product was teased during the company’s Spring 2019 launch, and is now available foir purchase.

Glassbox Technologies was revealed last March, a new name for a group of industry veterans combining expertise in VFX, immersive, and real-time technologies that since 2016 worked under the name Opaque Studios. It was then that the company announced the availability of DragonFly for private beta testers. 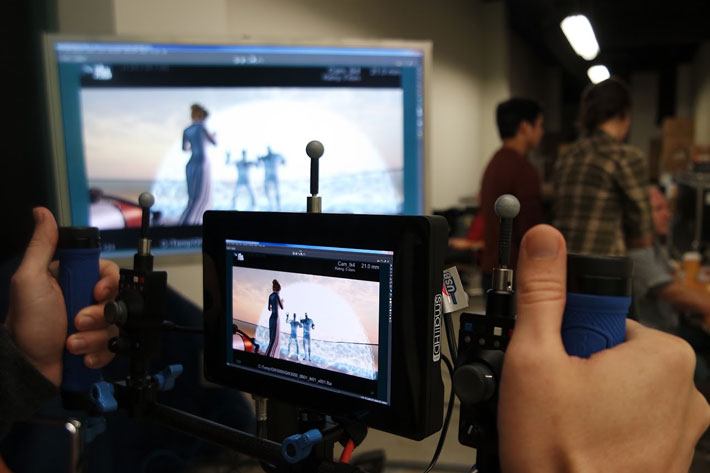 A virtual window into complex sets

Available for Unreal Engine, Unity 3D and Autodesk Maya, DragonFly delivers an inclusive virtual cinematography workflow that allows filmmakers and content creators to make and test creative decisions faster and earlier in the process, whittling down production cost on projects of all scopes and sizes.

The powerful off-the-shelf toolkit takes creators from pre-viz to post-viz without the need for large teams of operators, costly hardware or proprietary tools. It is platform agnostic and fits seamlessly into any workflow out-of-box. With DragonFly, users can visualize and explore a CG virtual environment, then record, bookmark, create snapshots and replicate real camera movement as seamlessly as conducting a live-action shoot.

“Virtual production poses great potential for creators, but there were no off-the-shelf filming solutions available that worked out of the box,” notes co-founder and CPO Mariana Acuña. “In response, we made DragonFly: a virtual window that allows users to visualize complex sets, environments and performances through a viewfinder. Without the need for a big stage or mocap crew, it brings greater flexibility to the production and post pipeline for films, animation, immersive content, games and real-time VFX.” 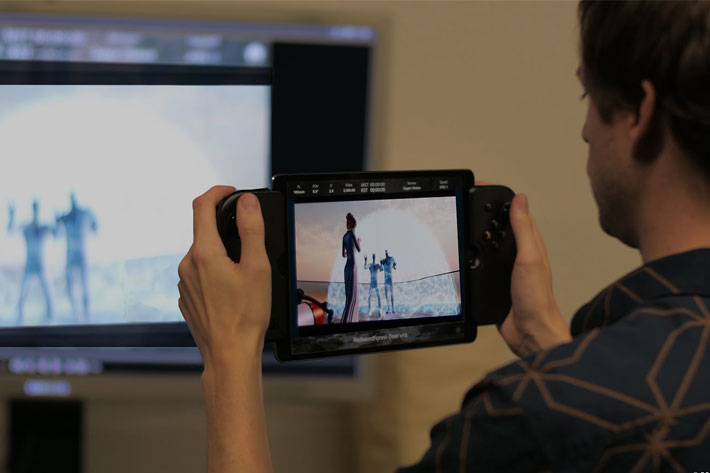 Multi-user platform BeeHive is next

“Prior to DragonFly, each studio has created their own bespoke virtual production workflow, which is costly and time-consuming per project. DragonFly makes real-time virtual production usable for all creators,” says Evelyn Cover, Global R&D Manager for The Third Floor. “We’re excited to collaborate with the Glassbox team to develop and test  DragonFly in all kinds of production scenarios from previs to post, with astounding success.”

DragonFly is now available for purchase or can be downloaded for free as a 15-day trial on the Glassbox website. Pricing and licensing includes a permanent license option costing $750 USD (including $250 for the first year of support and updates) and an annual rental option costing $420/annum.