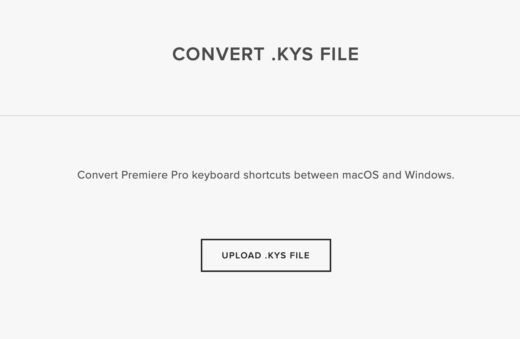 If you’ve ever needed to do they very specialized task of converting your Adobe Premiere Pro MacOS keyboard shortcuts into Windows (or vice versa) then this post is for you. The folks at Knights of the Editing Table have created an online tool that will convert your Premiere .kys keyboard layout from one OS format to another. You might remember Knights of the Editing Table as they make the incredibly useful Watchtower extension for Premiere that will monitor folders in your OS and keep them automatically synced to a mirrored PPro bin. We covered Watchtower here at the Editblog.

Converting a Premiere keyboard layout between Mac and Windows might seem trivial but I was faced with just this very thing last year when I went to work at a client’s facility that ran Windows. I tried just to load my Mac settings on the Windows Premiere machine but that did not work. I had to spend a chunk of time recreating my PPro editing keyboard on that machine.

So, what’s the big deal, just recreate them? …. you might say.

My Adobe Premiere Pro keyboard layout is a very complex beast that is a combination of come of the best shortcuts of Avid Media Composer updated to some of the specific things that Premiere can do. I’ve long thought that the Avid keyboard layout is the best paradigm for video editing and the Keyboard Manifesto is the result*.

Once you upload your .kys file you can choose to see the keyboard layouts side-by-side and how they will compare once converted. The Mac and Windows keyboard aren’t that different but that whole COMMAND / CONTROL thing can be a gotcha if you aren’t paying attention. 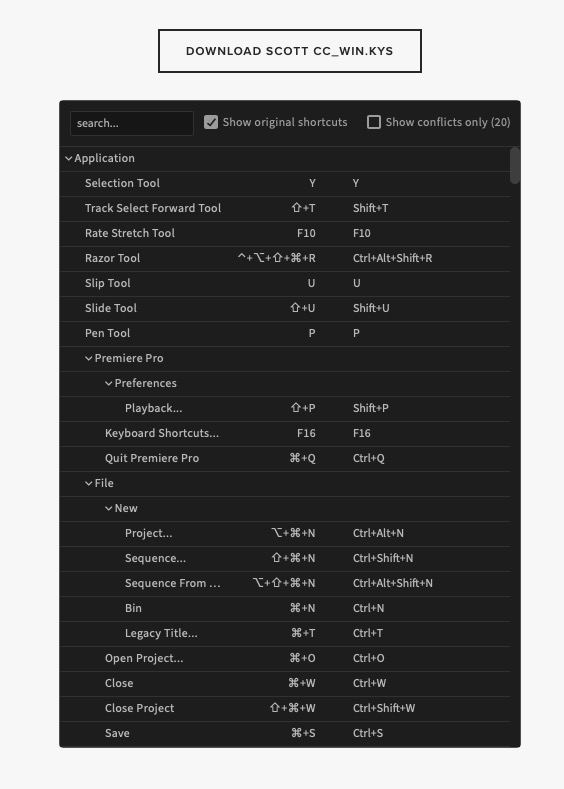 Check the checkbox at the top and you can see what conflicts between the Mac/PC conversion that the utility has detected. Those will be shown in yellow. 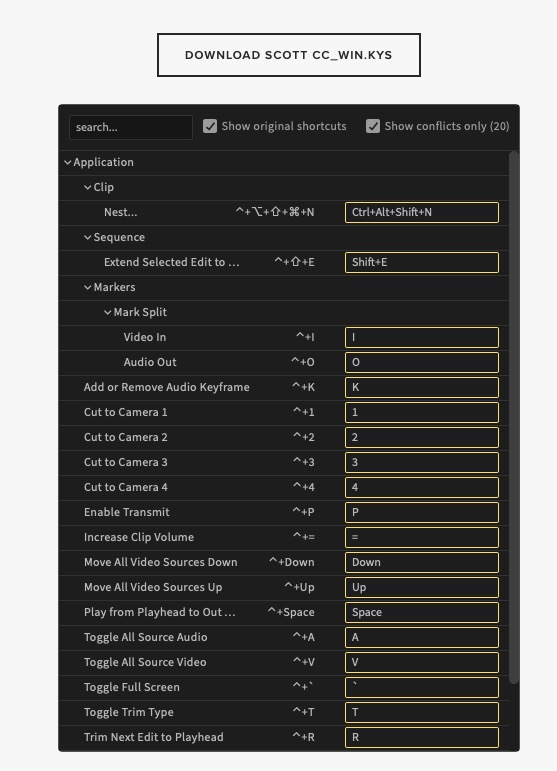 It appears that you can actually change those conflicts before downloading the conversion.

I haven’t tested this utility myself yet but I suspect there is just some text string change in the conversion, kind of like when you convert a Premiere project file from one version to another. Always make backup copies of your files before you do any unauthorized conversions. I keep a copy of all my NLE settings in Dropbox and update them a couple of times a year.

So, next time you’re faced with the task of moving between Windows and the MacOS when working with Adobe Premiere Pro and you have an extensive (or not so extensive) keyboard remapping then head over to the online Convert .kys file utility and let it do the work for you.

* Note to self, update Keyboard Manifesto