I’ve always thought that one of the most useful features a non-linear editing tool could add would be watch folder functionality that would monitor folders on your system and then automatically load media into your project whenever anything was added to those folders at the Finder or Explorer system level. It could potentially save a lot of File > Import, Media Browser or Drag and Drop time. Watch Folders part of the Software From the Future series I blogged about many years ago.

Enter Watchtower for Adobe Premiere Pro and After Effects. This $20 extension (from a little developer called Knights of the Editing Table, 25% off code below) monitors folders that you designate and can automatically load media either at predefined intervals or manually with the click of a button. I’m using the word “load” but the developer uses the word “sync.” It doesn’t remove files from your PPro bin, just loads them and that’s really what you want to do.

Watchtower is yet another useful Extension for the Adobe ecosystem. It was released via a  Reddit thread and brought to my attention by Kenny McMillan. Kenny made his own video to show what Watchtower can do.

Watchtower is really quite simple in operation. I like to set up a basic folder structure before I go to work on a project using something like Post Haste. Letting Watchtower mirror that is going to be a good way to work. 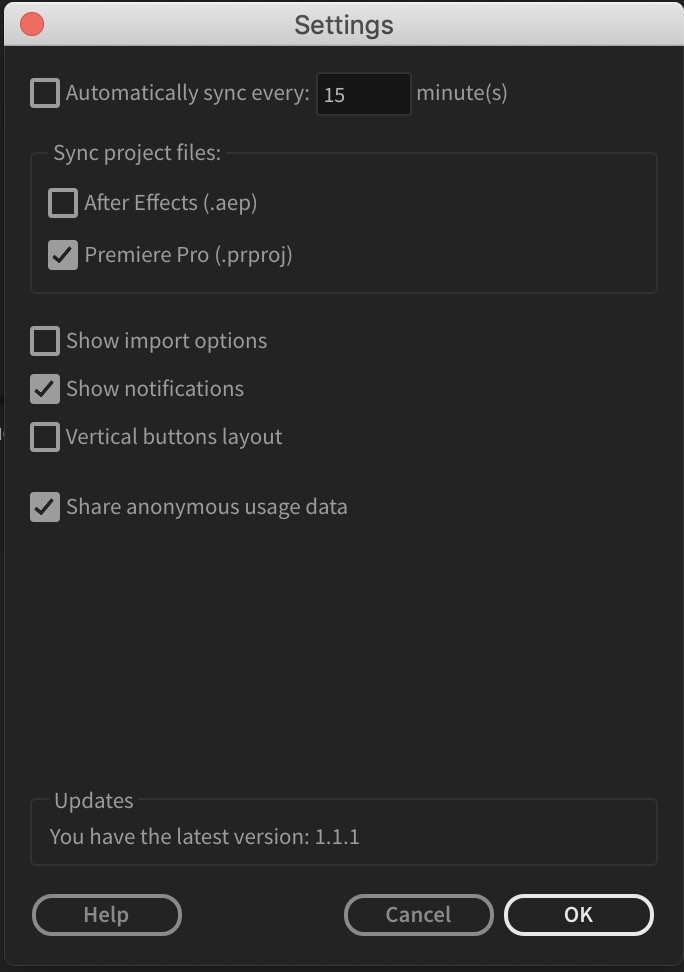 A quick check of the Watchtower preferences shows a couple of options worth setting. While Watchtower isn’t the holy grail of auto-loading by instantly syncing folders as soon as a file is added you can set an interval or just do it manually. The extension is quick to work on my test project so I’m looking forward to seeing how it operates on a big edit with thousands of files.

Note the Show import options checkbox above. Watchtower can import Adobe project files as well so when you have that checked you’ll get the Adobe Premiere Pro or After Effect import dialog box that lets you choose to import a selected sequence, the whole project or other options. That’s one I’ll probably check during normal operation. 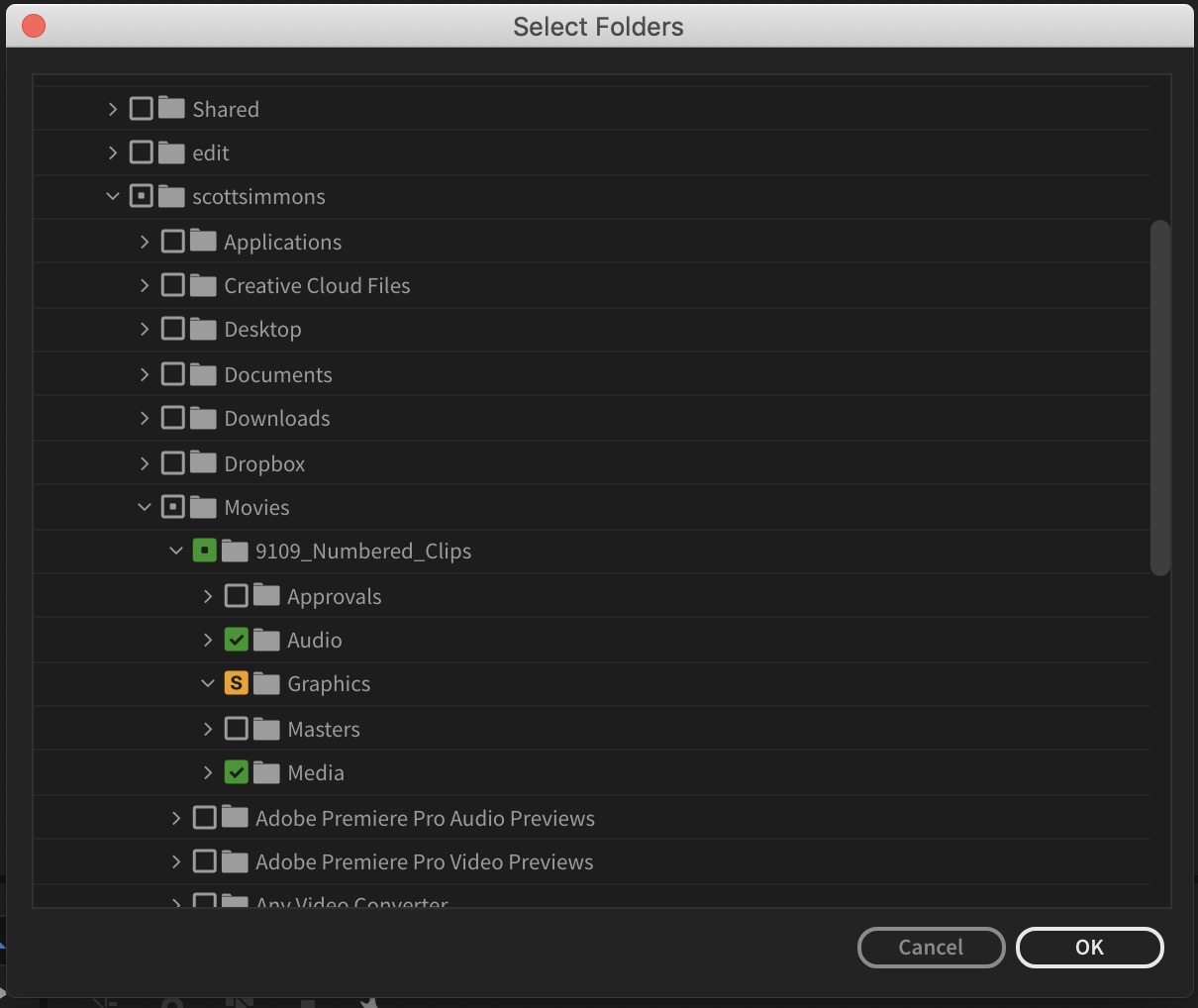 Selecting the folders to monitor is the key to Watchtower. I don’t have any need to load media from approval and masters folders to they are unchecked. It’s my main working media folders that I add clips and things to during an edit. What do those different colored icons mean? Check out the Watchtower info page for details but checkboxes mean those folders are monitored for syncing and the orange is for importing of image sequences. 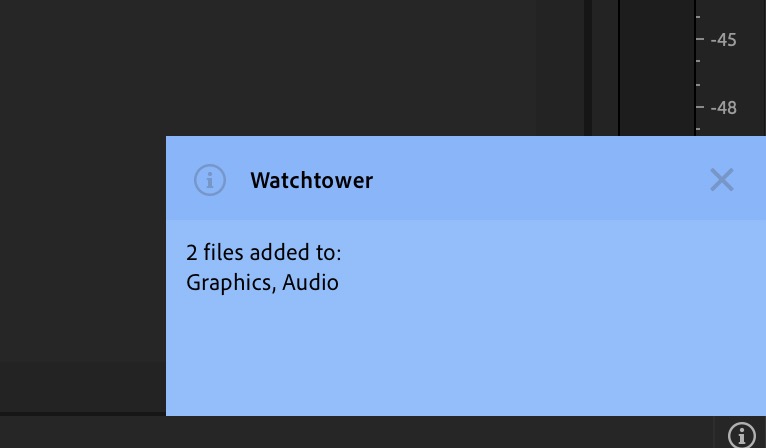 If you want you can get an alert to show exactly what Watchtower has done. I don’t mind that alert in this case so I can keep track of what it is loading. What Watchtower is doing here is a one-way sync meaning that it looks at your folders and syncs that structure of files to PPro or AE. If you move files around with Premiere or AE it doesn’t move those files on disk. That would be bad. Seems some of the Reddit commenters don’t understand this or can’t read.

What Watchtower does is tracked in the PPro Events panel. If you have it set to an automatic sync interval it’ll log when there are no new files to import.

One question I saw asked about Watchtower was how it handles complicated camera formats and their weird folder structure like you might see with XDCAM and AVCHD. To answer I tossed some Sony FS7 at it. 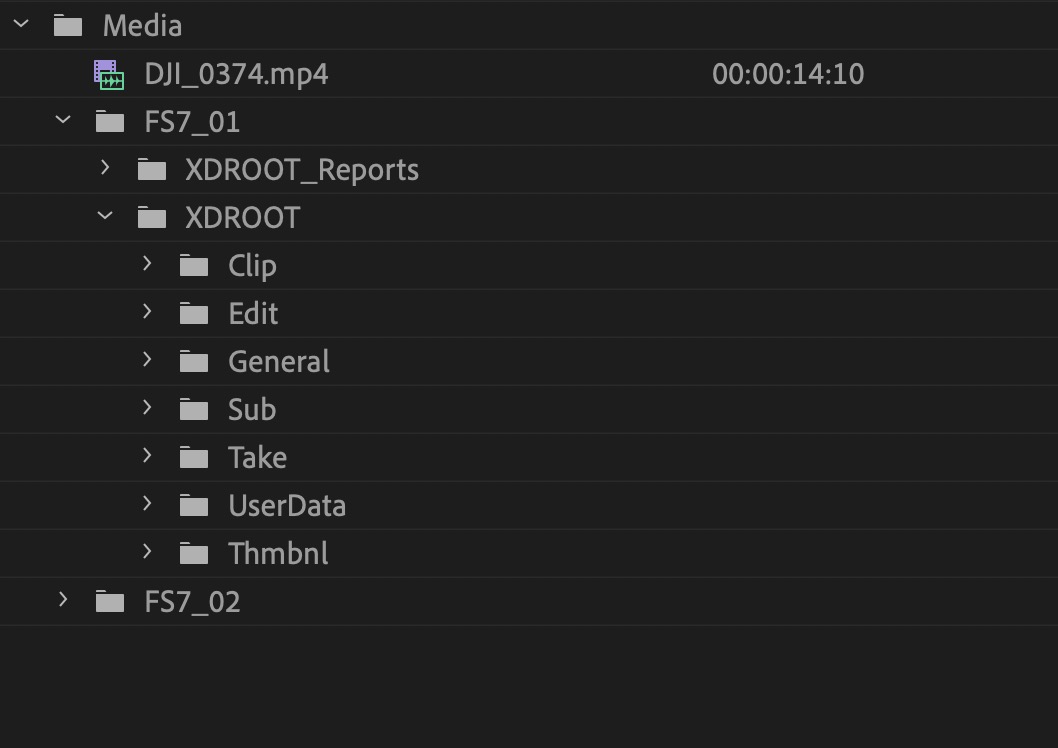 As you can see above Watchtower won’t dig into the folder structures like the Media Browser will as it just does a full folder and sub-folder import. This is fine for cameras that shoot to a simple folder with .movs or something similar but might require some bin housekeeping for the more complex structures.

(see the update below) and since Watchtower is a full installer you have to (on Mac at least) allow installation by an unsigned developer so buyer beware. I’d be nice if you could just manually install the extension but I know that is a world of pain for some people. The purchase is from Gumroad and that’s a known e-commerce site and the purchase was easy. After I bought it I got an instant serial number on the site but when I clicked away I couldn’t figure out how to get it back. I got a serial number emailed to me quickly. That Reddit post has a discount code I wish I would have seen!

I’ve chosen to use the Vertical buttons layout for Watchtower and place the interface at the bottom of my Adobe Premiere Pro toolbar. Then that manual sync button is right there. A click of the sync icon quickly brings everything new into my project. This really makes me wish another PPro extension Handy Tools and the useful Sequence Duplicate function was a little square button that could be elegantly docked into the toolbar as well.

And with that Watchtower is a new entry in the things your NLE should have built-in in but isn’t so a third-party developer is filling that hole chronicles. Watchtower joins Handy Tools linked above as well as Blend-X for Media Composer.

UPDATE 9-19-19 afternoon: I emailed the developer and got a little bit of info on Knights of the Editing Table. It’s a Russian developer named Ivan Stepanov. He and his wife Anna is a directing and filmmaking duo called DOUBLE RAGE. Watchtower was born out of his own need to spend less time organizing and more time editing. Ivan had some experience writing After Effects scripts so out of that and more time learning to program, Watchtower was born. He hopes to make more of these workflow tools in the future.

He has also extended a discount code for PVC reader so enter the provideo25 coupon code when buying Watchtower.