Many of the features I dreamed about are now a reality

A long time ago (running from 2007 to 2009) I used to have a category on the old Editblog called Software From the Future. The idea was to write up and mock up ideas for features that would be useful inside of non-linear editing applications. I didn’t do a ton of them but recently I was looking back at those old entries. Here we are many years later and some of the features have been implement in different ways in different NLEs. I’m still waiting on my idea checks.

This was always one of my most wanted features in Avid Media Composer or Final Cut Pro 7. Enable a preference and you would no longer have to click and drag to scrub a clip in a source monitor. The idea was maybe the scrubber bar could turn red so you knew Live Scrubbing was enabled:

Here we are nearly 5 years after that post and we have skimming Final Cut Pro X and Hover Scrub in Adobe Premiere Pro CS6.

As noted in the old blog post this idea was inspired by iMovie but more out of a desire to not get carpal tunnel syndrome. Obviously Apple took the idea to heart in FCPX and in PPro Adobe gives the best of both worlds, both live scrubbing with Hover Scrub and a tradition viewer. 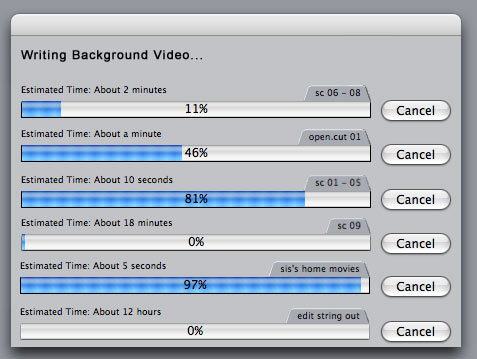 The idea of true background rendering is one that our software programming friends still haven’t gotten just right. In fact no one has yet to try it on the Mac except for Final Cut Pro X. Background rendering must not be an easy thing to accomplish as we’ve come to see that it’s really Render while you’re paused in FCPX as rendering does just that when you start to do anything: it pauses. 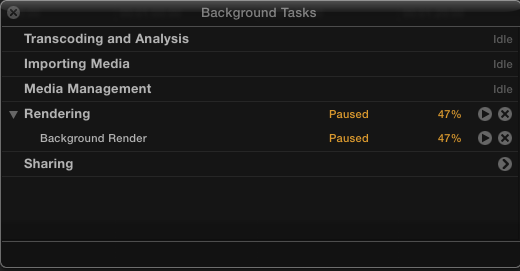 One can hope we do finally get true background rendering on the Mac at some point in the future. I’ve always heard that the old Avid Liquid could do it as well as Sony Vegas though I’ve never tried it on either as I’ve never used either.

Slate detection is one of those things that we all know could be implemented, it just isn’t there. We’re living in a time where our NLEs can detect faces and even sort those finds into shot types. As long as we’re going to take the time to analyze our media why not mark camera slates as well? 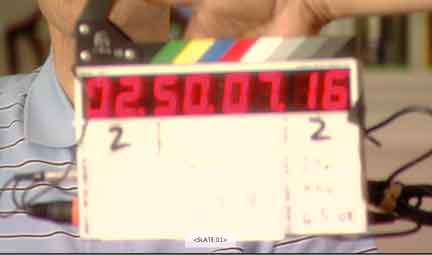 It can’t be that hard to identify a slate as they all look rather similar. There’s already Highlight Hunter that can find and mark when something covers the lens for one second so we’re on our way there.

The argument against slate detection might be this: “No one uses slates!” That’s not entirely true as some people still use them but maybe more productions would be encouraged to use them if we knew our NLEs could automatically detect them and make use of them. Given the sheer amount of iPad slates that exist now slate detection could become even more useful if the NLE could look to the scene and take number for automated logging. Now that would be the ultimate goal.

The idea for easily accessible marker pop-ups came to me one day when I inherited an edit from an editor that had placed most of an interview transcription into markers on a FCP clip. It would have been so nice to be able to quickly see the content of those makers without having to open or click any separate window. While most NLEs have some kind of Marker or Locator window to view marker comments and content I was wanting that right in the timeline as I hovered over a marker.

Surprise, surprise Adobe Premiere Pro does just what I was wanting. Hover the mouse over a marker in the Timeline or the Source monitor and the contents of the marker will popup in a yellow box.

It works pretty well but what would make it work ever better is a preference like I mocked up below where we have some control over how they pop up. As it sits now they go away after a few seconds. 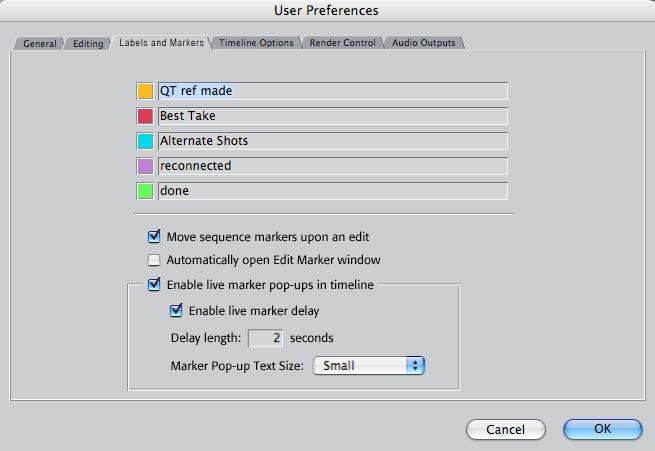 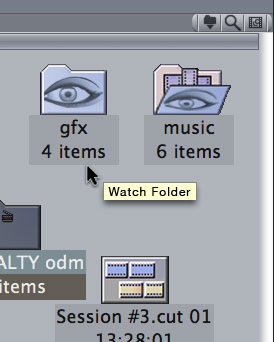 The idea of a Watch Folder is something that other applications, like encoding apps, have been using for a long time. The idea in an NLE could be that a watch folder (or watch bin) could keep an eye on any media directory on your computer and when new media was added to that directory it would automatically be imported into the NLE. It would basically be an automation task and automation is a good thing.

There actually is a plugin for legacy Final Cut Pro that would do just that. e-Watcher came along a couple of years ago. The company that produces it, e-Postprod says on their website they develop plugins to improve FCP workflow (and even mention FCPX) but so far e-Watcher is the only one. 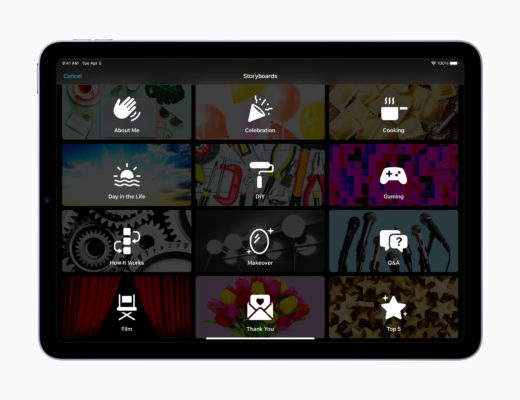