OCIO is the industry standard tool for color managed workflows

What’s it all about?

Although the video runs for about 20 minutes, I’m not sure it gives a short and clear answer to the question “What is OpenColorIO?”  Considering that this series is aimed at After Effects users who haven’t paid much attention to color management before, in one sense OpenColorIO is a plugin that was developed for people in the visual FX industry facing a similar problem.

There have been many approaches to visual FX color management since computers entered the world of post production, and while individual studios may have had their own internal workflows, the lack of an industry-wide standard was a bigger problem.  OpenColorIO’s main feature, in the broader context of post production, is offering consistency and compatibility across all applications.

The video says that one problem with After Effects’ built in color management system is that ICC profiles weren’t designed for High Dynamic Range images and floating point values.  However the After Effects built in system does work, and it does what it’s designed to do.  But as anyone who bought a Betamax video recorder, or a HD DVD player, or a Zune knows – compatibility and industry acceptance is everything.  So looking at the film & television industry as a whole, the question “What’s wrong with After Effects’ built in color management system” can be answered with a more pragmatic “it’s not OpenColorIO”.

While the video addresses the historical background behind the development of OpenColorIO, it doesn’t specifically demonstrate how to get it, install it, and use it.  That’s because it’s slightly more complex than you might think, for something that’s “just” a plugin.

Pining for the fnords

The After Effects port of OCIO can be downloaded, freely, from the fnord software website. As I write this, the current version is 2.1.1, released in December 2021.  This seems like a good time to say a big thank you to Brendan Bolles for porting OCIO to After Effects, and for supporting the After Effects community.  I’ve mentioned Brendan in a number of previous articles, and all I can say is that his work on bringing EXR and Crytpomatte support to After Effects has saved me from some difficult situations.  OpenColorIO, EXRs and Cryptomattes are all important as they’re standards in the visual FX industry.

One of the reasons I haven’t demonstrated installing and using  OpenColorIO is because it’s generally tied to a separate topic: ACES.  As a plugin, OpenColorIO doesn’t work immediately.  If you download and install it, you’ll be able to apply it to a layer, but until you choose a “Configuration” you won’t be able to do anything with it.

In order for OpenColorIO to do something, you need to download and install a separate configuration file.  Currently, the configuration that is the most valuable to After Effects users is ACES – but that’s opening up a whole new topic.  I’ll be exploring ACES in the next part of this series, but until then you can download the config file here.

This video is really about introducing a different world to motion graphics, and I’ve mentioned a few different sources.  Just as a shortcut, here are some links.  For information on color calibration, including monitors and printers, you can start with x-rite and datacolor.  In the video, I include a snippet of a video made by Fstoppers – the full version can be seen here.

For more information on how ICC Profile conversions are handled, you can check out this article on the excellent Nine Degrees Below website, or the one at Cambridge in Color.

But for many readers following this series, then OpenColorIO is only half of the answer to a bigger question: What is ACES?  And in the next video, we’ll have a look at a topic that starts with that easy question, but is surprisingly difficult to answer.

This is part 11 in a long series on color management.  If you’ve missed the other parts, you can catch up here: 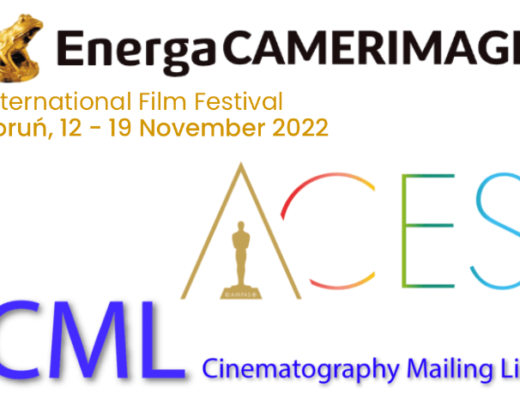 Attending Camerimage in Toruń, Poland this November? Want to talk about your use of ACES (the Academy Color Encoding...