Cinematographer Federico Pardo traveled to the Amazon during the height of the Covid-19 pandemic. In a recent interview he talks about the challenges filming during this period, and about the Life Cube project.

Vanishing Primates is a project by National Geographic Explorer Federico Pardo, a new documentary to educate audiences about some of Colombia’s most endangered monkeys and their ecosystems. The project is also a different multimedia experience, 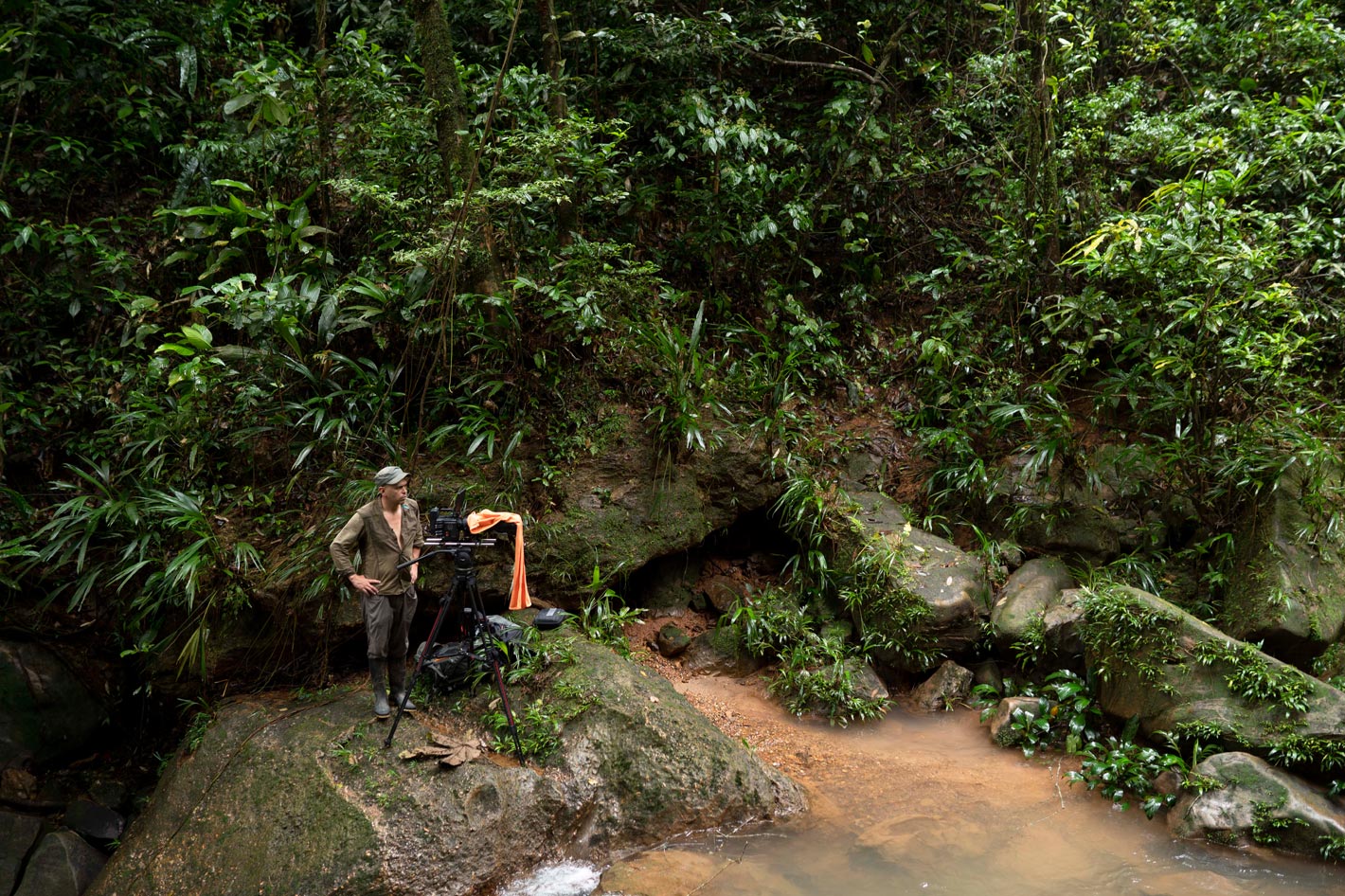 as the team imagined a Life-Cube, an itinerant cube-like theatre where larger than life visuals and enveloping soundscapes will recreate an immersive multimedia jungle.

Vanishing Primates is focused on generating tangible conservation actions through citizen support and partnerships with well established conservation organizations. The goal is to reconnect people with nature while saving the world’s most endangered species. 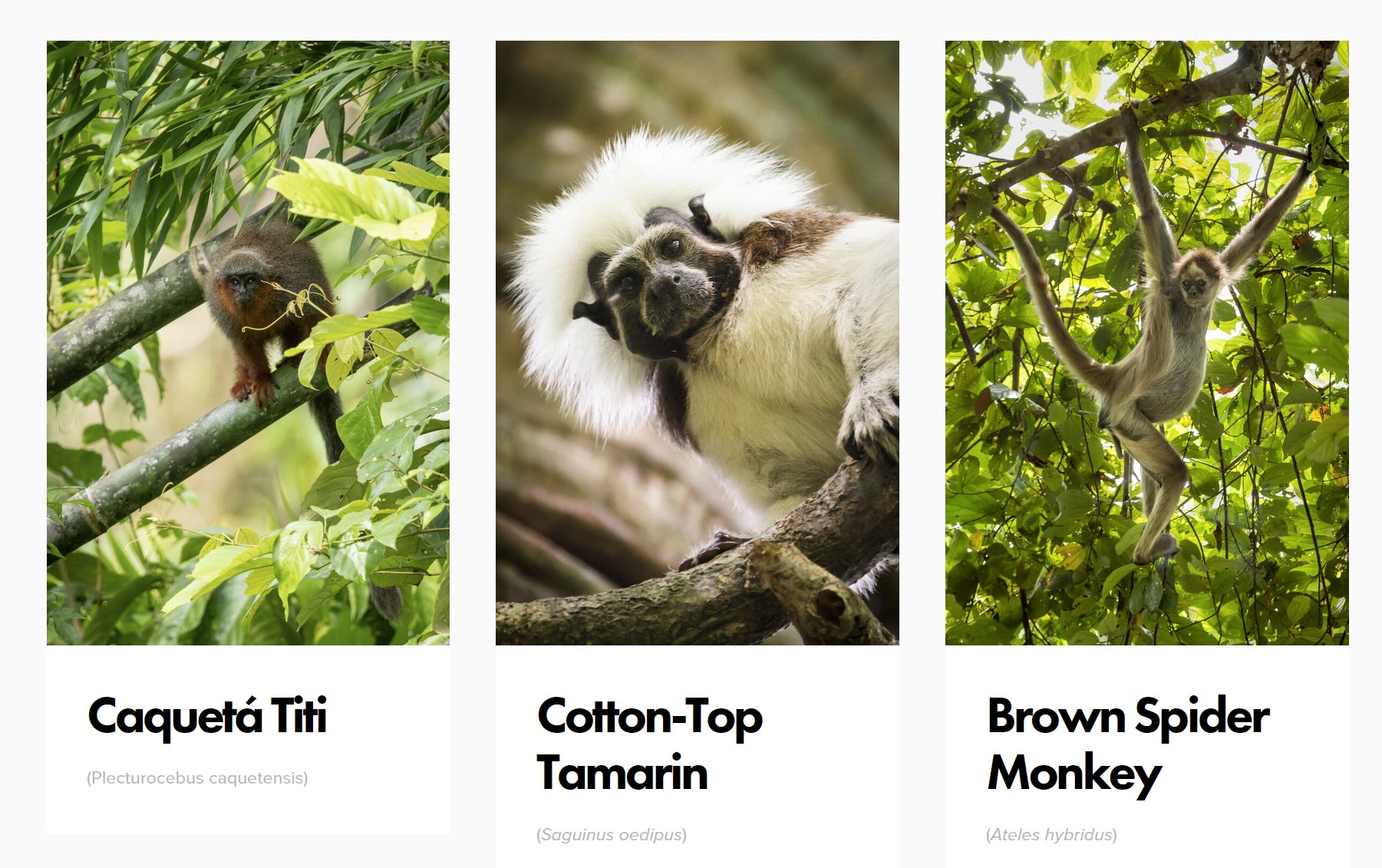 According to the website dedicated to the project, “Vanishing Primates follows the story of Colombia’s most endangered primates and their forests: the Caquetá Titi from the Andean foothills of Northern Amazonia, the Cotton-Top Tamarin from the dry forests of the Caribbean coast and the Brown Spider Monkey from the lowlands of the Magdalena river valley.” According to the Primates in Peril Report by the IUCN, both the Caqueta Titi and the Brown Spider Monkey are also among the world’s 25 most endangered primates. The survival of these monkeys is crucial for the health of their ecosystems and the species that share it with them. 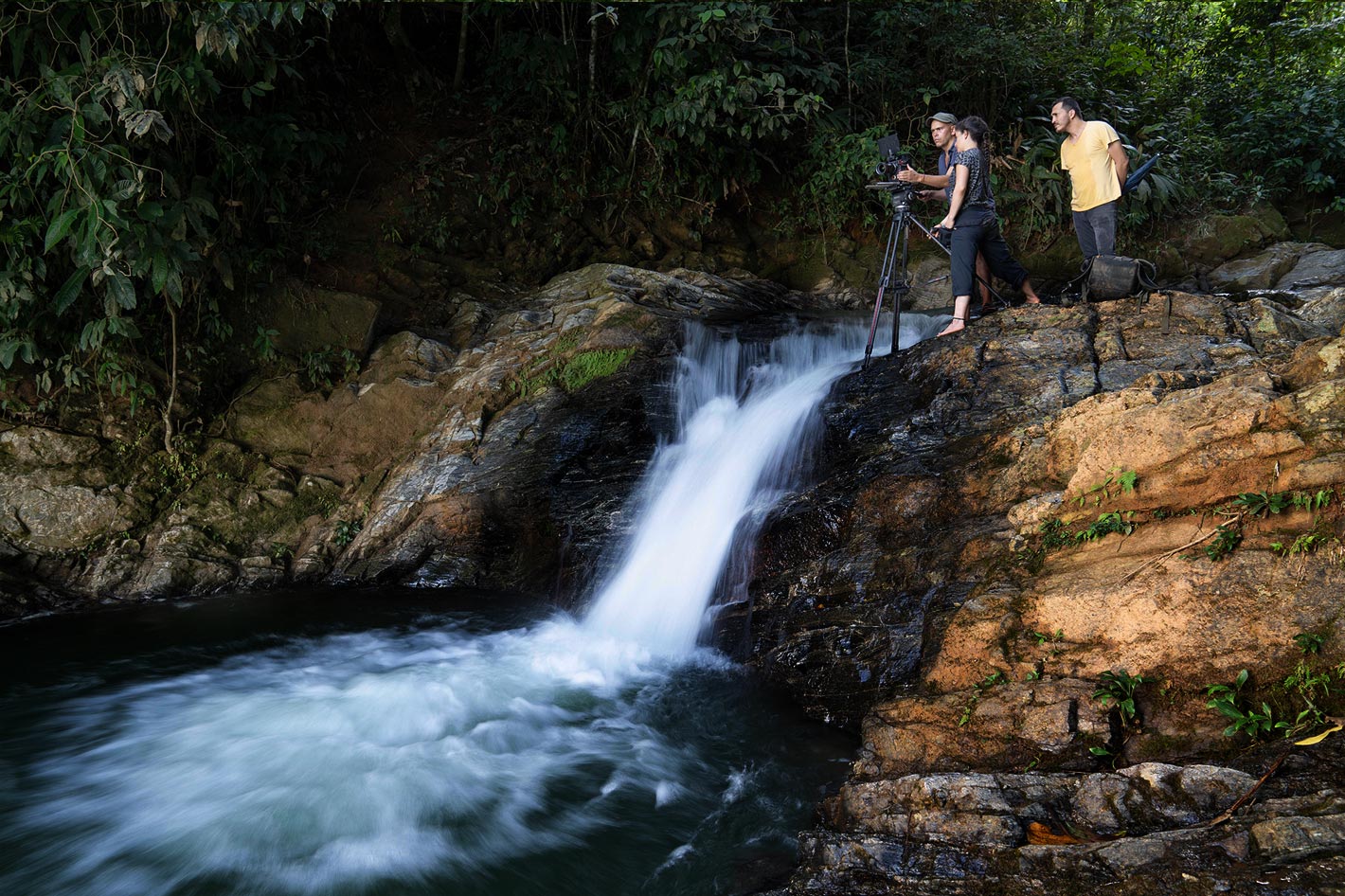 A storytelling and conservation project

For a decade now, Federico Pardo has been working as a biologist, photographer and cinematographer, filming wildlife documentaries in Latin America. His images have been featured in productions such as The Birders, Hostile Planet, Colombia’s Wild Magic, Colombia’s Wild Coast and Untamed Americas among others. He is a National Geographic Explorer and Director of Vanishing Primates, a storytelling and conservation project that recently took him to the Amazon during the height of the coronavirus pandemic. 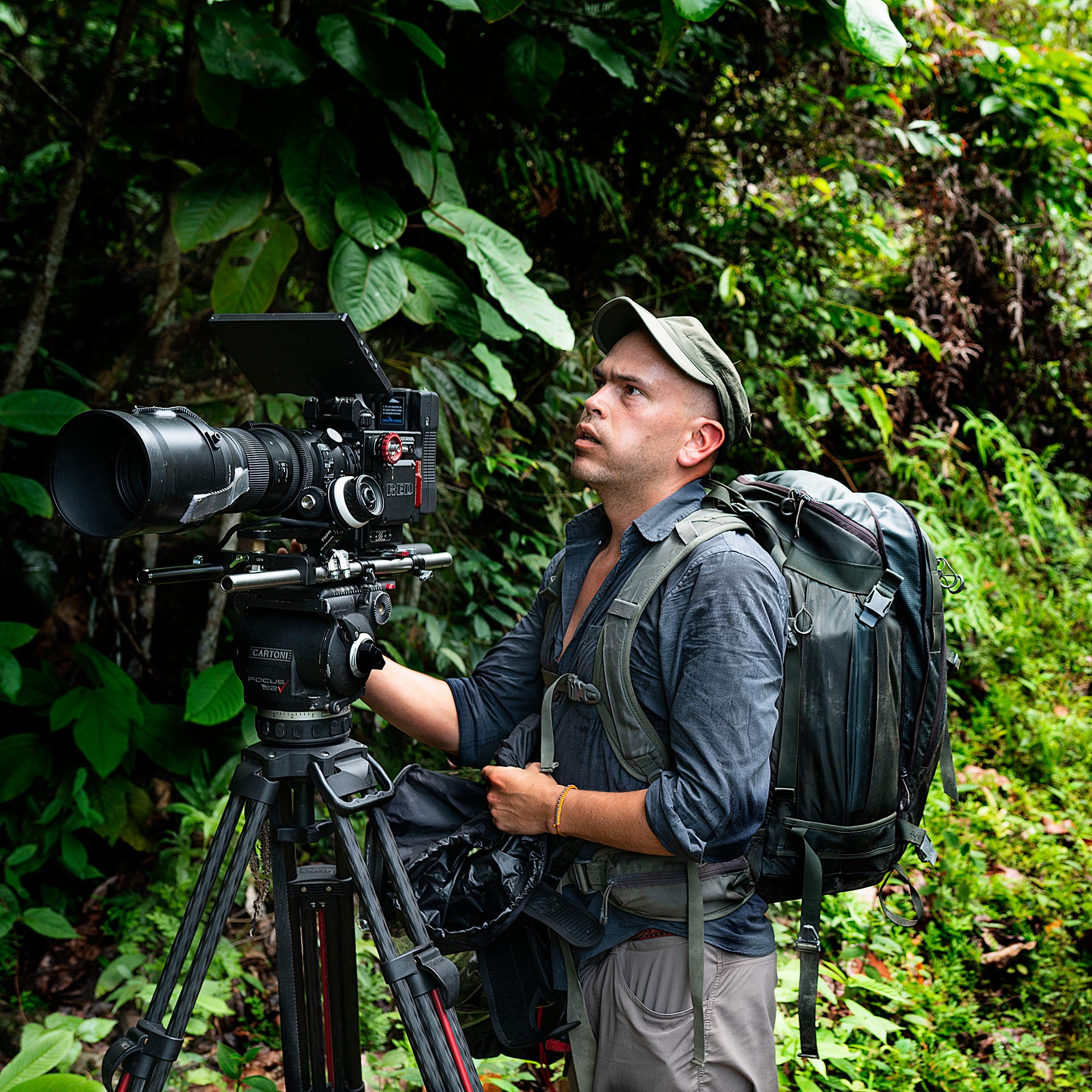 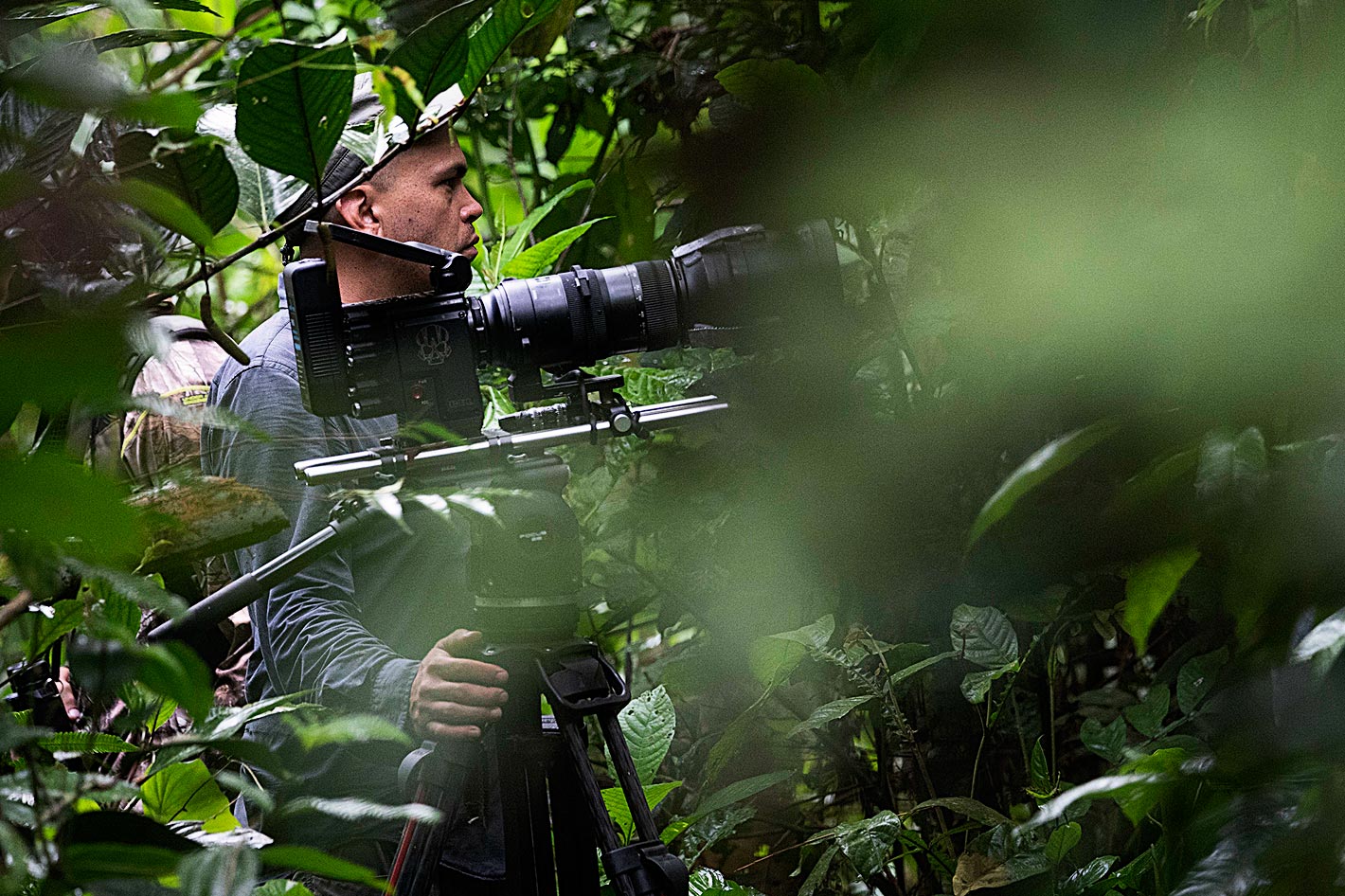 Federico Pardo has had a professional relationship with Cartoni for several years, and he used Cartoni tripods for this project, so the company recently interviewed him about the experience of filming in the jungle. While some may look at such interviews as marketing, they really go beyond that, offering a behind-the-scenes view into the field experience of filmmakers. It’s obvious that Cartoni wants to explore the marketing aspect of the relationship, but one also must understand that if professionals use certain tools, it is because they suit their needs.

That explains why a question as “why did you choose the Cartoni Smart Deployment System (SDS) Tripod, which sets up and folds in an instant, for this shoot?” gets from Federico Pardo the following answer: “Cartoni tripods are the perfect compromise between performance and cost. When running through the jungle to film the monkeys, it’s very beneficial to have a tripod system that works easily and smoothly.” 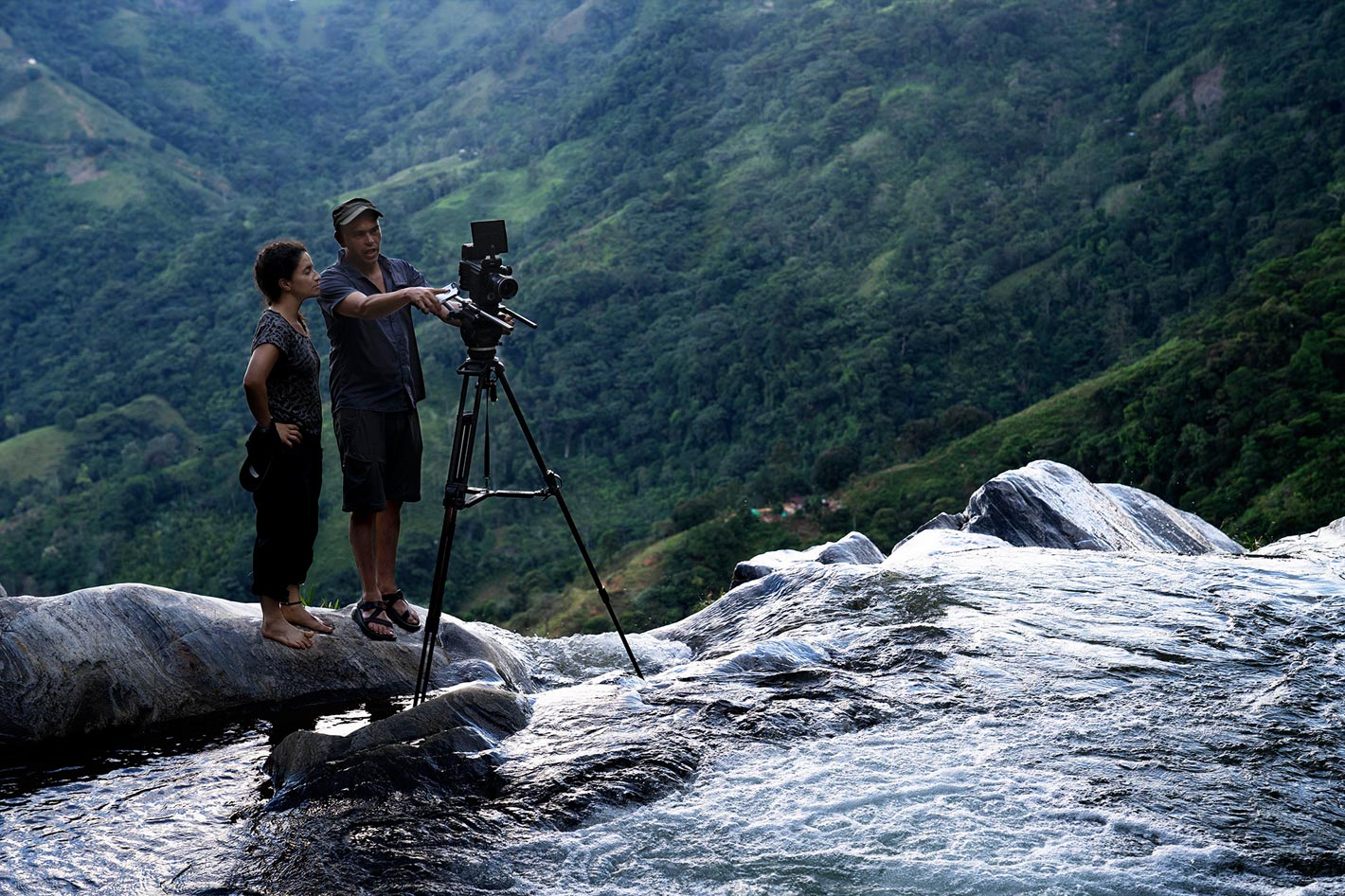 What was the biggest challenge to shooting “Vanishing Primates”?

When filming wildlife and monkeys in particular, there are inherent production challenges that include traveling to remote locations, finding the animals in the jungle, carrying heavy and expensive gear, shooting up into trees and the sky, etc… But besides these, the most challenging moments during the field production of Vanishing Primates resulted from hungry mosquitoes and ticks, insane heat and humidity, and huge floating grasses that would block our canoe for several hours, making the journey in and out of the forest a complete nightmare.

What are you hoping people see and recognize as a result of “Vanishing Primates?”

I want to bring the jungle to the city and create an intimate and emotional bond between citizens and endangered monkeys. Often, we hear about critically endangered species and ecosystems, but we rarely have the chance to connect with them in a meaningful manner and actively support their conservation. Additionally, the images that we captured are meant to delve into what it means to be a monkey and the subtle behaviors of wild animals. Ultimately, I want people to realize that life forms around the planet are deeply interconnected and that we can all help build a more sustainable future for everyone and everything. 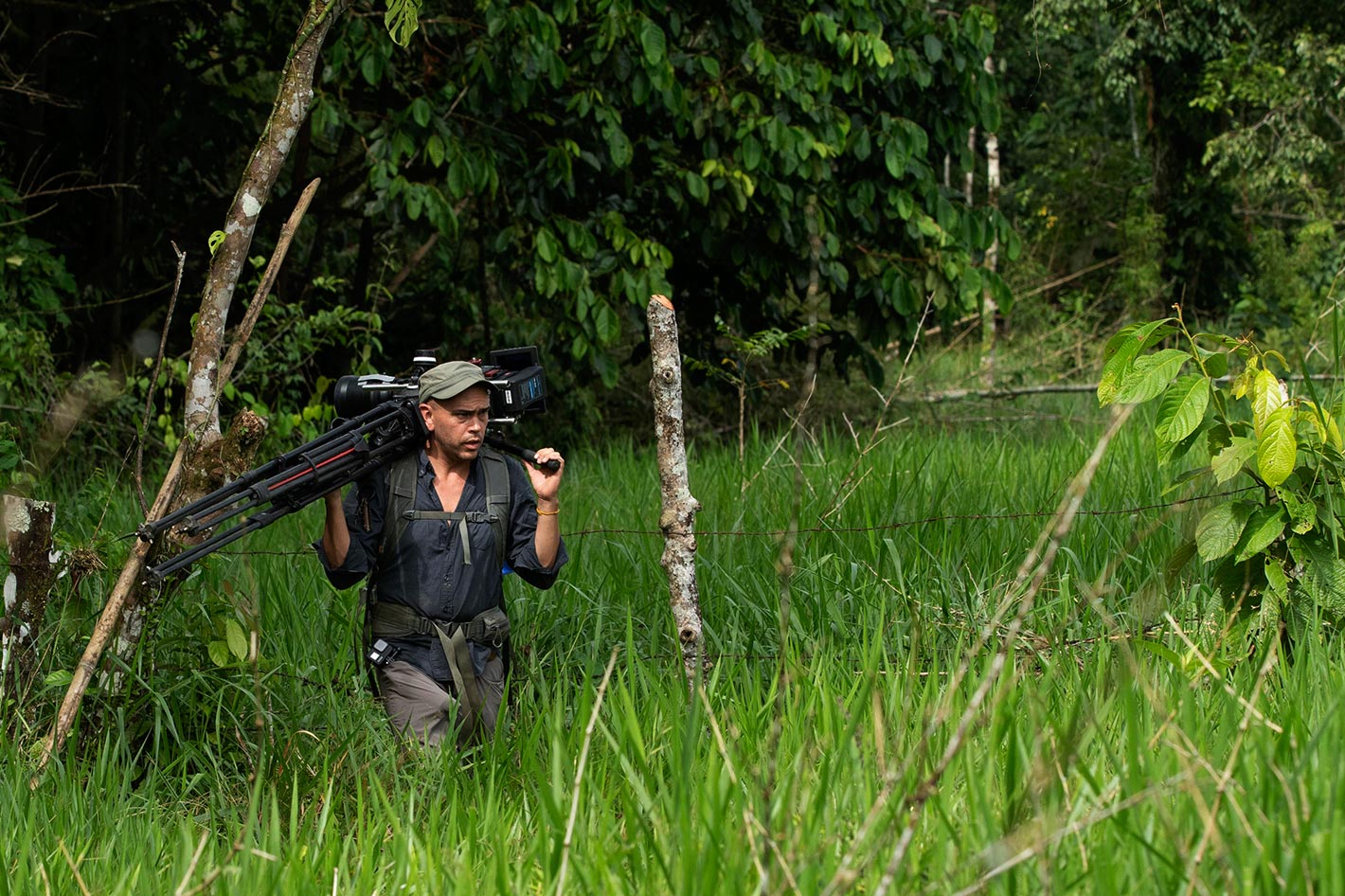 Where was the shoot, and how long did you shoot?

Vanishing Primates takes place in two big regions of Colombia, the lowland jungles of the Magdalena River valley and the Andes-Amazon foothills of northern Amazonia. We were lucky enough to complete 50 shooting days that included ten days of filming atop tree platforms that we built at 80ft above the ground.

How big was your crew, and what gear did you bring?

On average, we were five people: 2 camera operators, one camera assistant, one sound person, a photographer, and one local guide. The main camera was the RED Gemini 5K, but we also used a Panasonic GH5s, two Sony a7iii, two DJI drones, three camera traps, two GoPros, and one 360-degree camera. Support wise, we had two Cartoni tripods, a Focus 22 SDS and a Focus 10 Red Lock, a DJI Ronin, an automated slider, and we also built a custom cable cam 60ft long.

Did you use long lenses, and was the SDS Tripod able to properly balance the camera and long lens?

My long lens camera kit included the RED Gemini 5K, the Sigma 150-600mm with a follow focus, a 7″ monitor, and V-Mount batteries. This set-up can be rather heavy, so it’s important to have a video head like the Cartoni Focus 22 that can produce soft pans and tilts.

Finally, as we are still in the midst of the pandemic, did you have to get tested or follow any COVID protocols before or during your shoot?

Yes, we had to follow strict Covid protocols to be able to travel to the filming locations. Once there, given that we were in the middle of the jungle, it was pretty easy to stay safe and avoid social contact.

Federico Pardo aims to bring the Vanishing Primates experience to as many people as possible, through the use of Life Cubes, a new approach to generate tangible conservation actions through a connection that is both a sensorial and emotional journey that will narrow the distance between cities and forests. The team is looking for schools, universities neighborhoods, malls, communities, businesses, NGOs and other places that would like to host one.

With each person passing through a Life Cube, the team says, “we will drive efforts and resources to benefit the monkey’s ecosystem through our conservation partners Proyecto Primates and Proyecto Tití. The more people go through the Life Cubes, the bigger the positive impact will be.”

Vanishing Primates immersive, multimedia experience has a website with more info if you want to know more. To know more about the Colombian biologist, photographer, documentary filmmaker and National Geographic Explorer, Federico Pardo, visit his website. 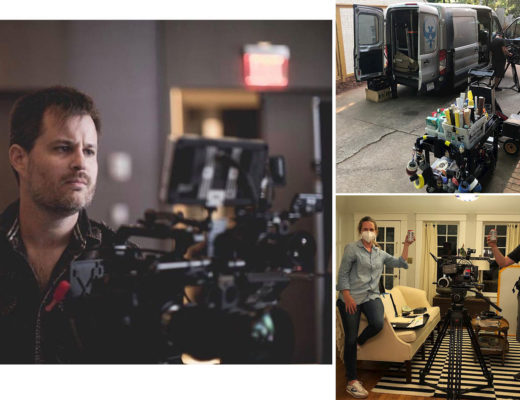