Panasonic adds a cine-oriented camera to the L-mount line

Panasonic rolled out the full-frame Lumix S1H at Cine Gear Expo with a presentation, a demo film, and a pre-production prototype under glass. Jose Antunes has already written about it and linked to the demo film, so I’ll just show the preso slides (shot offscreen) and some pictures of the prototype. 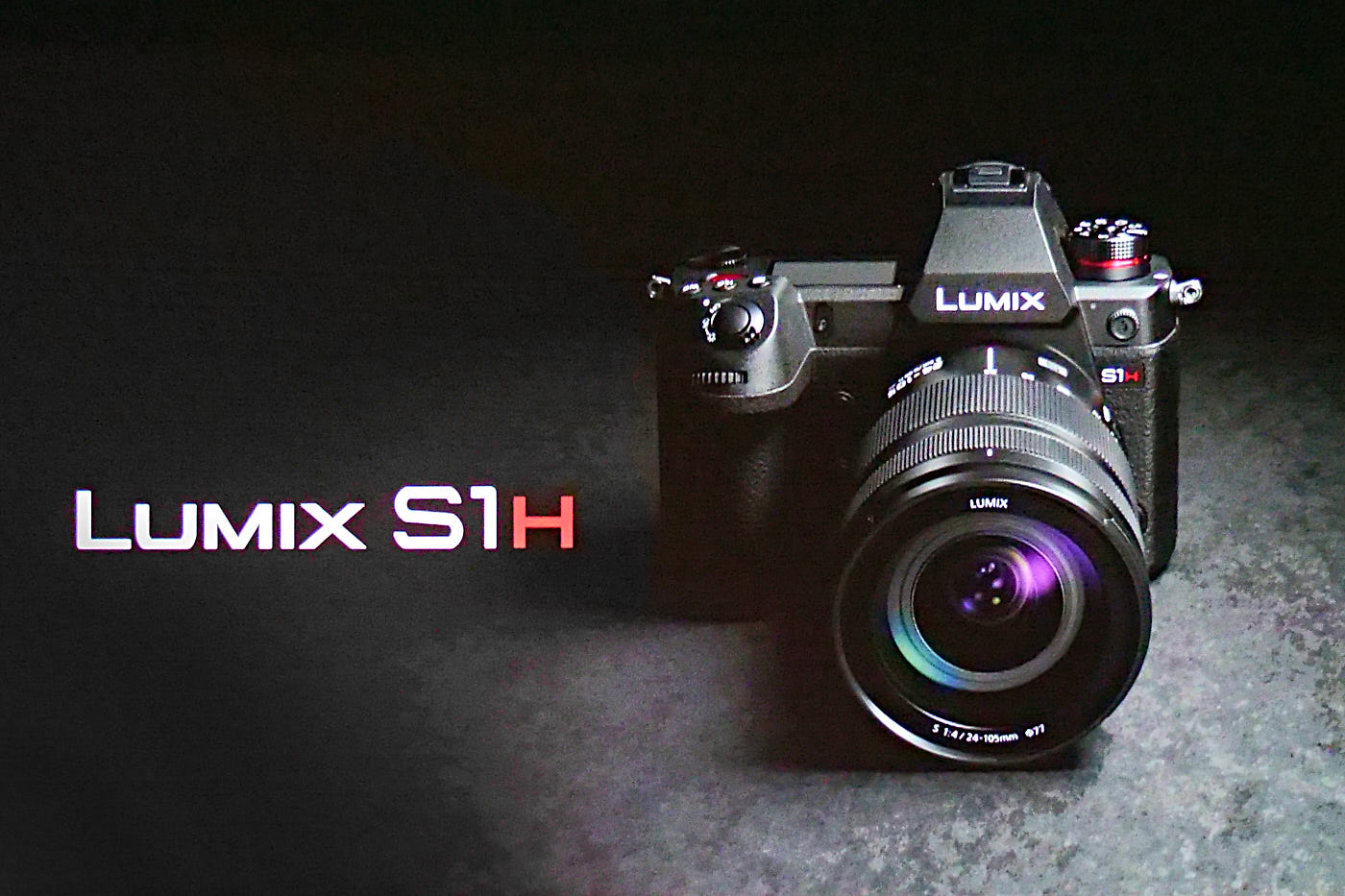 Alicia Robbins shot the demo film. Unsurprisingly she found the camera pleasant to use and capable of delivering a quality image. There was at least one shot in her reel exposed at ISO 10,000 and treated with “only the normal amount of noise reduction”. It looked just fine to this correspondent, seated in the first row of the theater. Ms. Robbins appreciated the S1H’s light and compact package; she said it was great to be able to run an anamorphic shoot at the Salton Sea out of the back of her SUV.

There is a slight problem with the slide; it should say “focus clutch”, allowing a quick change between manual and autofocus modes.

So, what about the S1H prototype? There was one at Cine Gear Expo.  Aside from its trip to the Paramount Theater it rested in a plexiglass display case in the Panasonic booth. It’s similar to the stills-oriented S1, only thicker, with a prominent cooling vent on the left and a fully-articulated monitor screen in place of the S1’s tilt-only screen. (The lack of a fully tiltable / flippable / swivelable / reversible screen is a bizarre omission on the S1, and I’m very glad the S1H corrects that problem.)

The S1H is priced at a cool $4000. It’s expected to be available in “the Fall”, so figure some time in the second half of 2019. Further details, like sensor resolution, should be available by then, but Panasonic was keeping schtum about those particulars at the show. Matt Allard at NewsShooter.com has more info, such as it is, about what is and isn’t known about the beast, and Panasonic’s press release is here.

Disclosure: I have owned two of the cine cameras and five of the GH-series cameras in the slides above (well, six, if I include both GH4s). But I paid market rates for ’em all; I didn’t get any special deals from Panasonic, and Panasonic offered no payments or other considerations for coverage of the S1H.