Travel back in time to the prehistoric world of our ancestors, thanks to the magic of Virtual Reality. Grab a VR headset and immerse yourself into the documentary created by film director Pierre Zandrowicz.

Humanity’s first masterpiece was created 36,000 years ago in Ardèche, France. A Virtual Reality free app, Chauvet: The Dawn of Art, gives you a glimpse of what is considered the world’s first art gallery.

One of the titles available at the 2021 Cannes XR, part of the XR3 event that unites Tribeca, Cannes and NewImages festivals,  Chauvet: The Dawn of Art is a 10-minute VR experience that guides visitors through the Chauvet Cave, a Unesco World Heritage Site, considered one the greatest scientific breakthroughs of the XXth century.

The Chauvet Cave in Ardèche, France is home to some of the most ancient human art ever known. Discovered in 1994, it revolutionized our understanding of emerging human creativity. In fact, our humanity’s first masterpiece was created 36, 000 years ago in Ardèche, France. Within Chauvet Cave lies thousands of drawings, enclosed forever. The cave has been sealed off to the public since its discovery to preserve the fragile and irreplaceable art that has survived undisturbed for 36,000 years. The UN’s cultural agency UNESCO granted it World Heritage status in 2014.

Although you can not visit Chauvet Cave, there is a replica of the cave open to the public. The Caverne du Pont-d’Arc, a project from the Ardèche departmental government, is the largest decorated replica cavern in the world. The cultural, scientific and technological project, unique in its design and in its size (3,500 m2 (38,000 sq ft) on the ground and 8,180 m2 (88,000 sq ft) of geological facies – floors, walls and ceilings) allows visitors to discover the paintings. Opened to the public in 2015, the replica, as the Smithsonian magazine noted, is “a high-tech recreation of the immortal artworks” that “shines a new light on the dawn of human imagination.”

Even if you can not go to France and visit the replica, thanks to technology, there are other ways to admire the vast collection of the world’s first art gallery. The Chauvet Cave has its own online exhibition, available at g.co/chauvetcave (desktop and mobile) for free and through the Google Arts & Culture mobile app on iOS and Android. 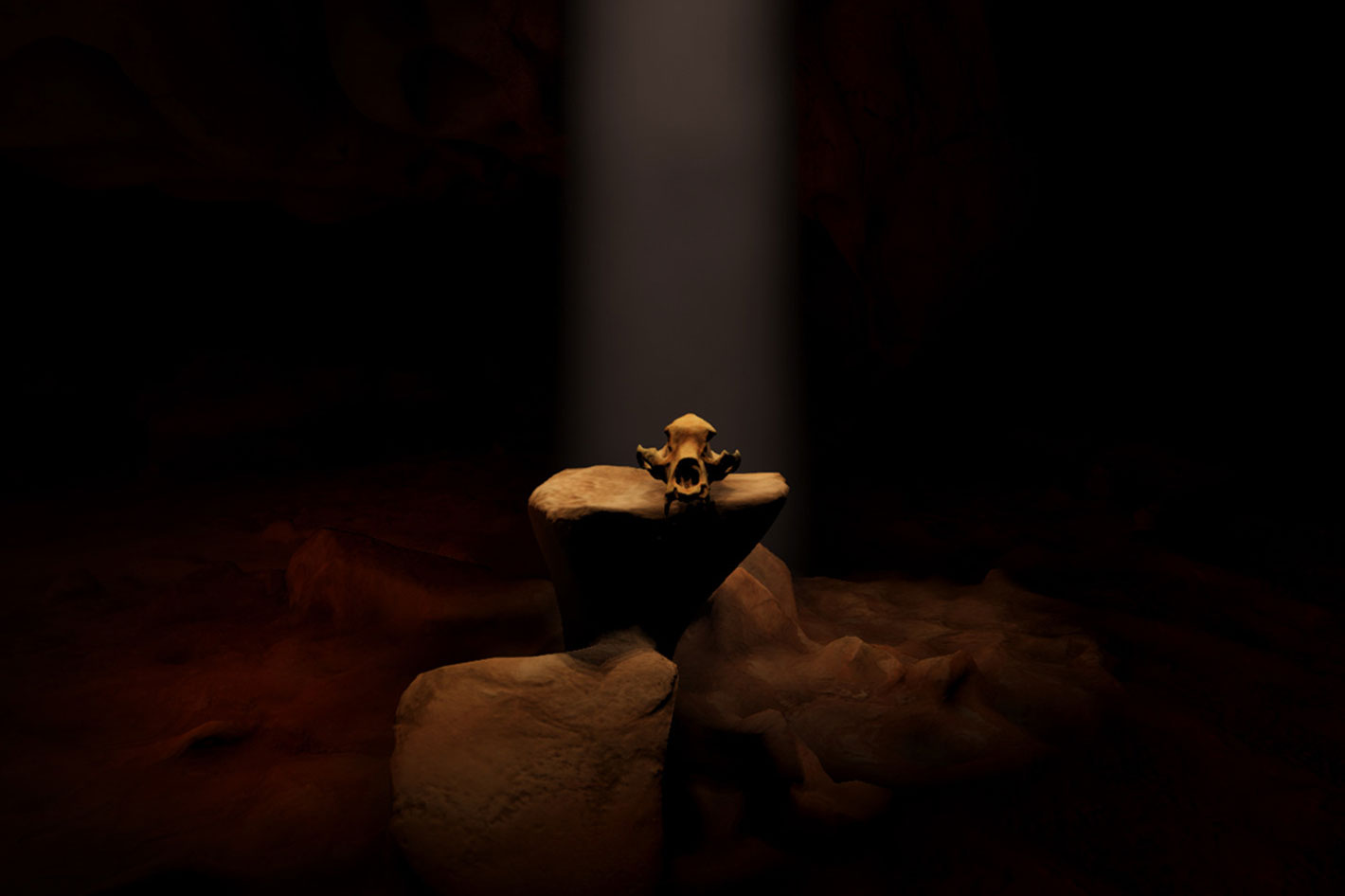 From Werner Herzog to Pierre Zandrowicz

You can also explore the cave in Augmented Reality: when you use Google Search to query the “Chauvet Cave,” you will be presented with the option to “See the Chauvet Cave Frescoes” up close in the “Knowledge Panel.” Clicking on the “View in 3D button” will allow you to see a 3D model that shows a highlight section of the Chauvet Cave frescoes that can be rotated and zoomed into. If your phone also supports AR, you will see the option to project the model in AR in your space.

Back in 2010 filmmaker Werner Herzog produced a 3D documentary film, Cave of Forgotten Dreams, about the Chauvet Cave and its collection of some of the oldest human-painted images yet discovered. The film premiered at the 2010 Toronto International Film Festival and consists of images from inside the cave as well as of interviews with various scientists and historians.

The Virtual Reality experience Chauvet: The Dawn of Art, released in February 2020, is the work of another filmmaker, Pierre Zandrowicz, who works at the crossroads of technology, theatre, art, and film. Every new technological step is considered, examined, tested and, if viable, adopted and used. Some of most recent  work from the filmmaker in VR includes Mirror: The Signal, a journey to another planet that is also, above all, the journey through the sentimental landscape of a woman who has experienced a tragedy. 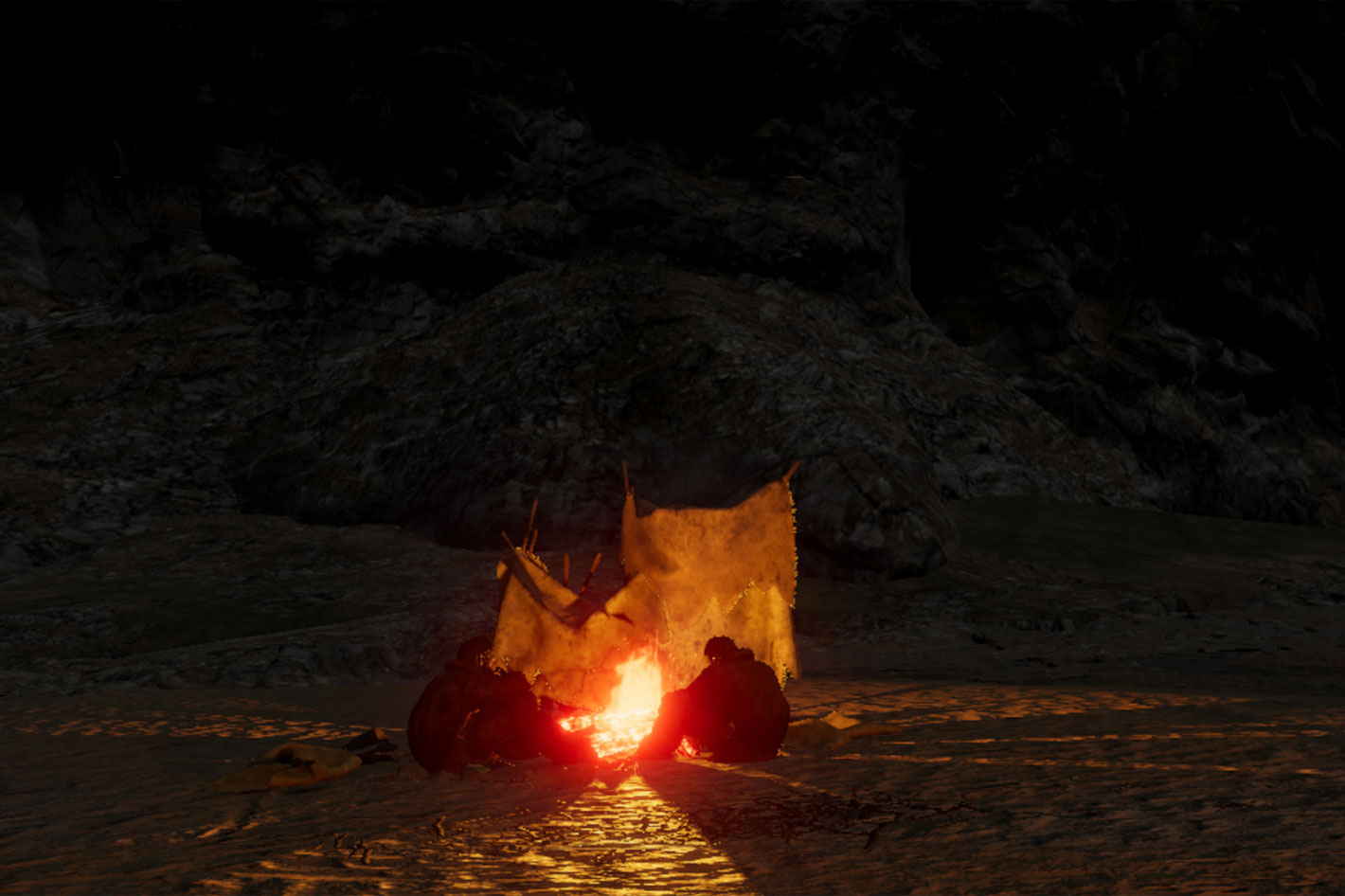 An immersive film and a virtual visit

Zandrowicz’s past work includes the film “Ex Anima,” made with Bartabbas, and shot in stereoscopic 360. It was produced by Arte and MK2. His immersive films, “I, Phlip” and “Alteration” made in 2016 and 2017 were both co-produced with ARTE France and hold several nominations and awards from around the world. Alteration specifically was a finalist at Tribeca 2017, and winner at Raindance, Sitges, and the Paris Virtual film festival 2017.

Chauvet: The Dawn of Art, which has been presented to various film festivals around the world, is another sign of Pierre Zandrowicz’s passion for the exploration of themes that allow to mix modern technologies with a narrative that brings the real world closer to the public. Released publicly in February 2020, The Dawn of Art examines the Grotte Chauvet, a UNESCO World Heritage list of protected sites. The title was made with the partnership of Google Arts & Culture.

The Dawn of Art is a Virtual Reality experience, including both an immersive film – about 8 minutes – and a virtual visit of the cave that invites you to meet your prehistoric ancestors, the first humans who ventured in a deep subterranean world and left their marks preserved on the walls. The 10 minutes VR experience guides visitors through the Chauvet Cave and is narrated by Cécile de France (French Version) or Daisy Ridley (English version). 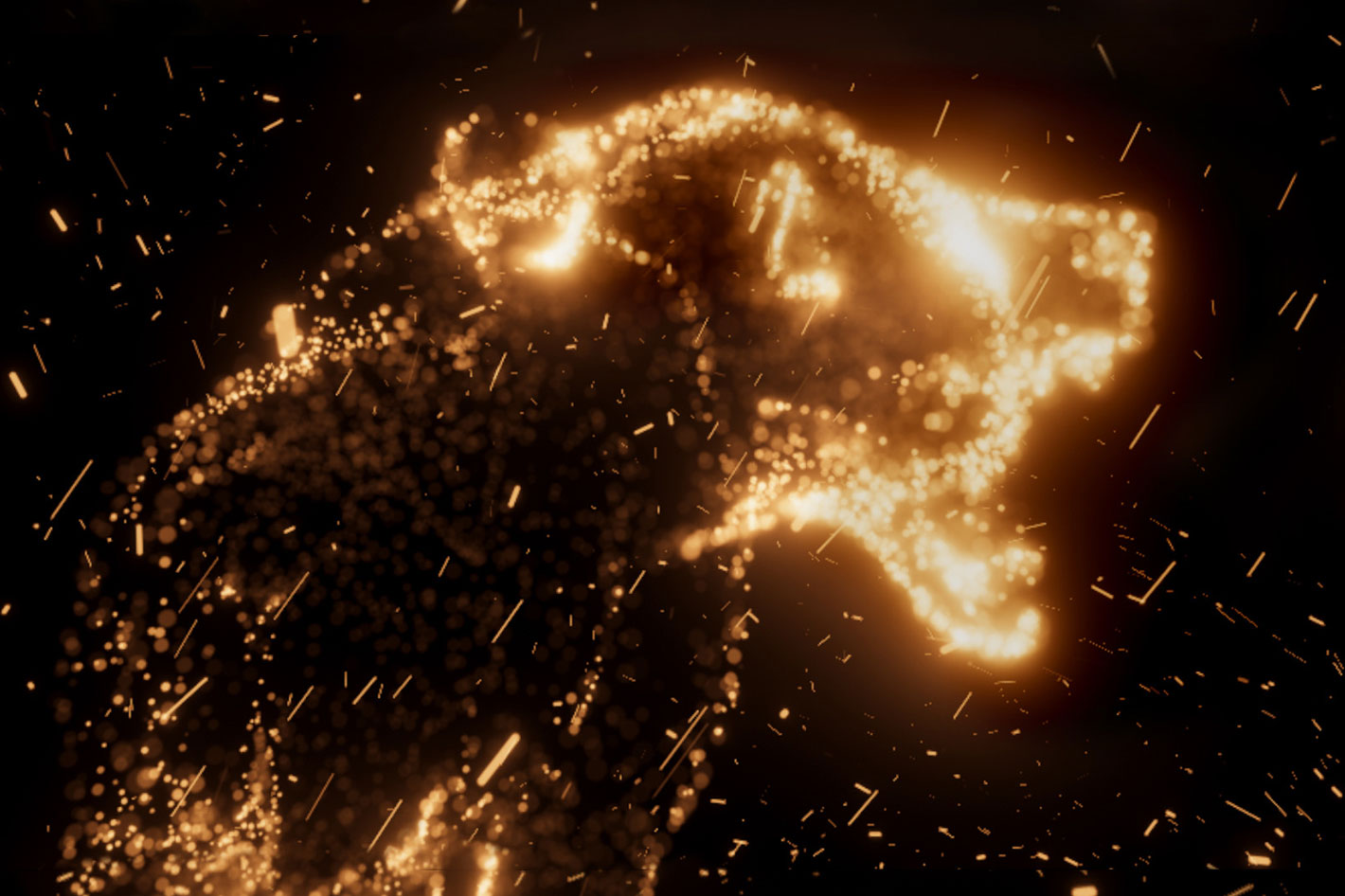 The Dawn of Art is a storytelling experience

The virtual visitor will be able to freely explore 12 stations within the cave complemented by expert commentary by Chauvet’s scientific team. Furthermore, one will be able to discover the surroundings of the Chauvet Cave, explore the Horses Fresco up close, and marvel at the drawings coming to life. In this experience you are invited to “touch” the cave wall or to visit the cave in torchlight. It’s an exciting way to learn that can not be reproduced, in terms of immersion, any other way.

The Dawn of Art is not just a tour, but a storytelling experience, sparking emotions, and totally immersing you in the past, mirroring the way the First Men were immersed in their painted caves. In this experience, you are one with the ancient world, in a trip to the very heart of our origins, where bears were gods… 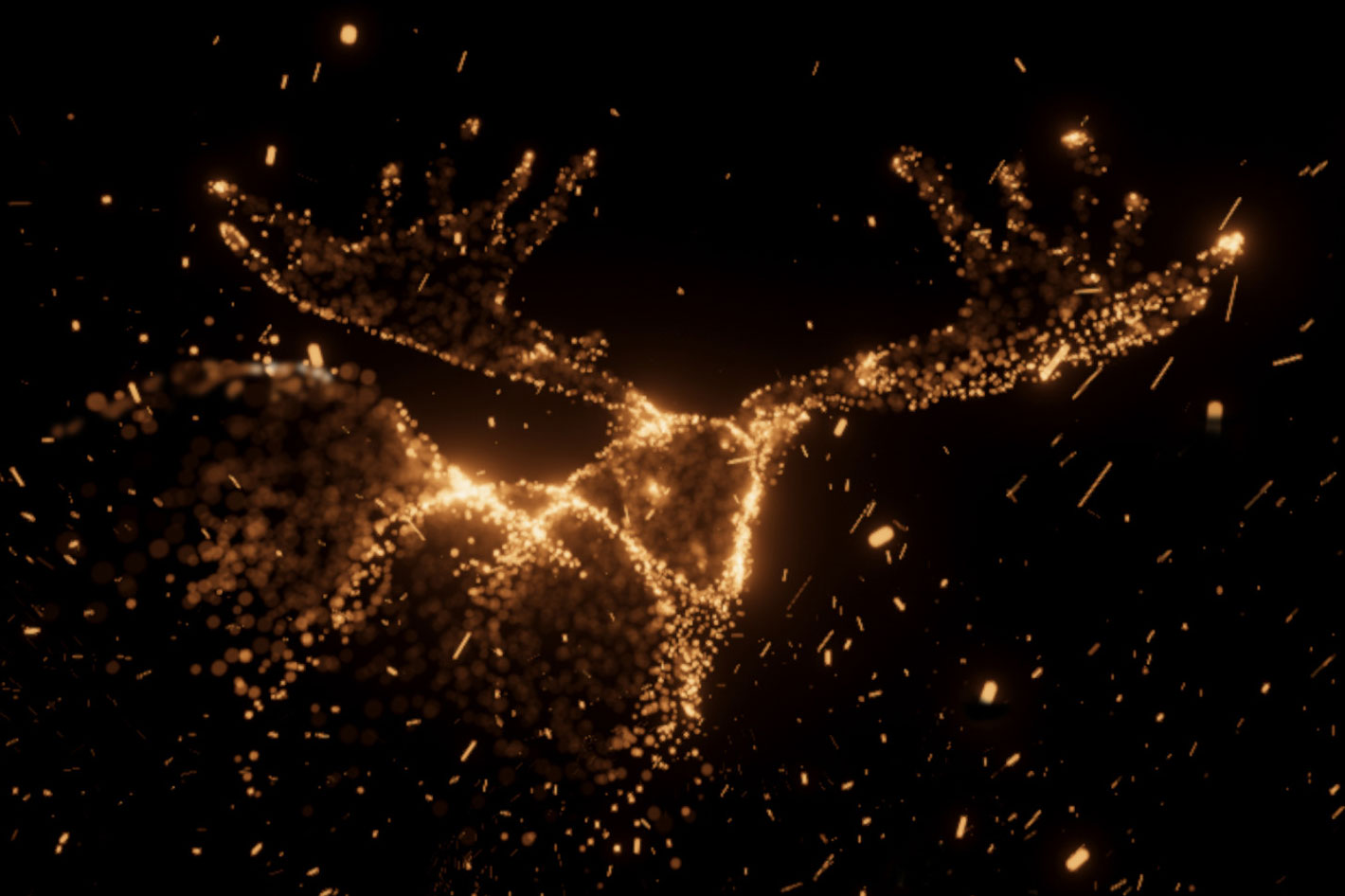 Brought to you by The Public Union for the Management of the Chauvet Cave, in coproduction with Auvergne-Rhône-Alpes Cinéma – Le Lab, with the support of Google Arts & Culture, Région Auvergne-Rhône-Alpes, Département de l’Ardèche and Ministère de la Culture et de la communication, and produced by Atlas V, The Dawn of Art is free to download on the SteamVR and VivePort platforms in English and French, and is accessible through HTC Vive, Windows Mixed Reality and Oculus Rift devices. 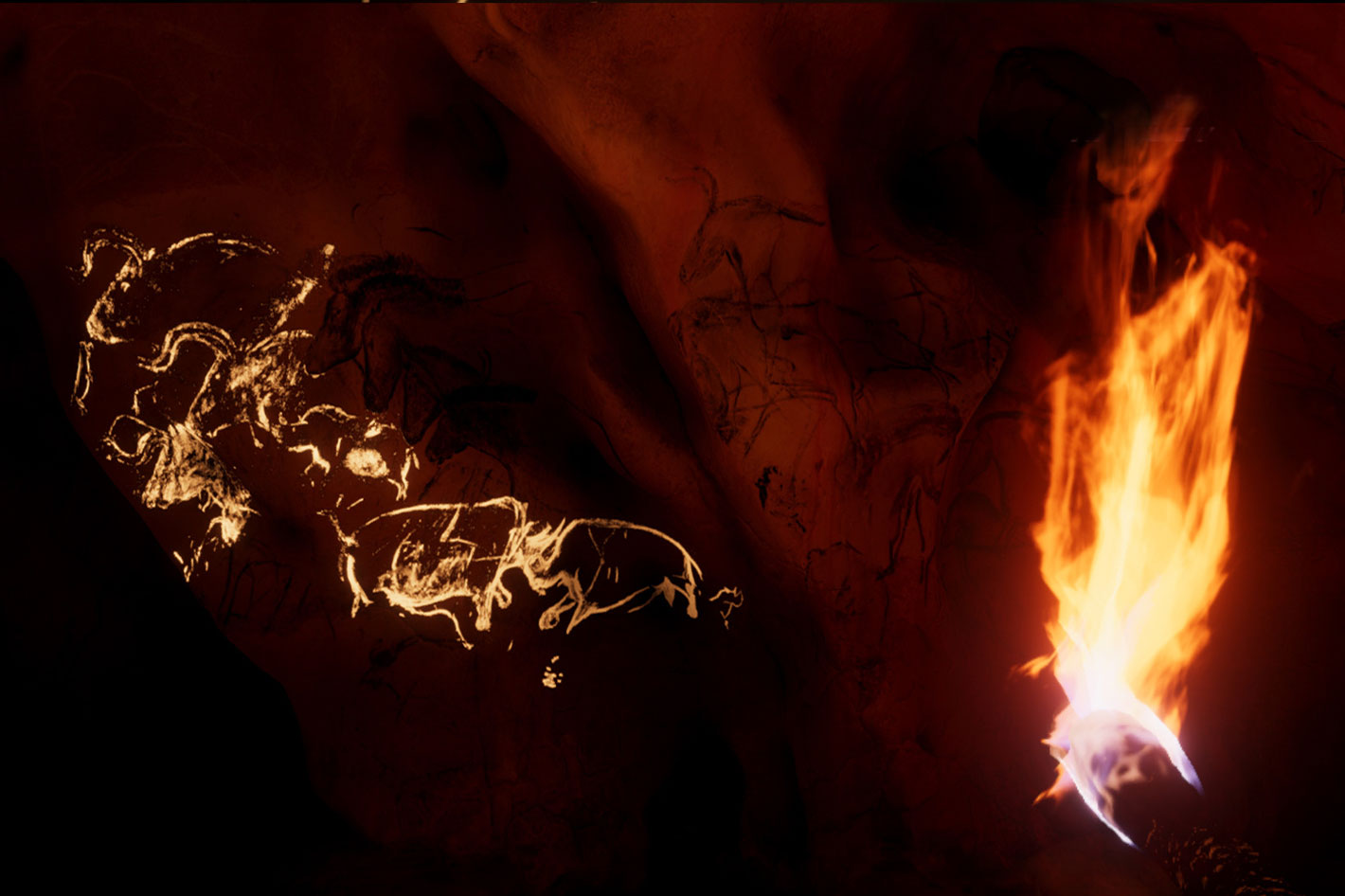 Chauvet: The Dawn of Art is another title to add to the growing list of Virtual Reality experiences we’ve suggested ProVideo Coalition should get, if they want to explore the new narrative options offered by Virtual Reality headsets. From painting to space exploration, we’ve covered a variety of subjects showing how filmmakers and storytellers have embraced the new technologies available to create immersive experiences that can not be reproduced, with the same impact, any other way.