The challenges created by the pandemic in terms of live performances may have seem insurmountable at the start, but the entertainment industry still managed to go the extra mile, as revealed here. 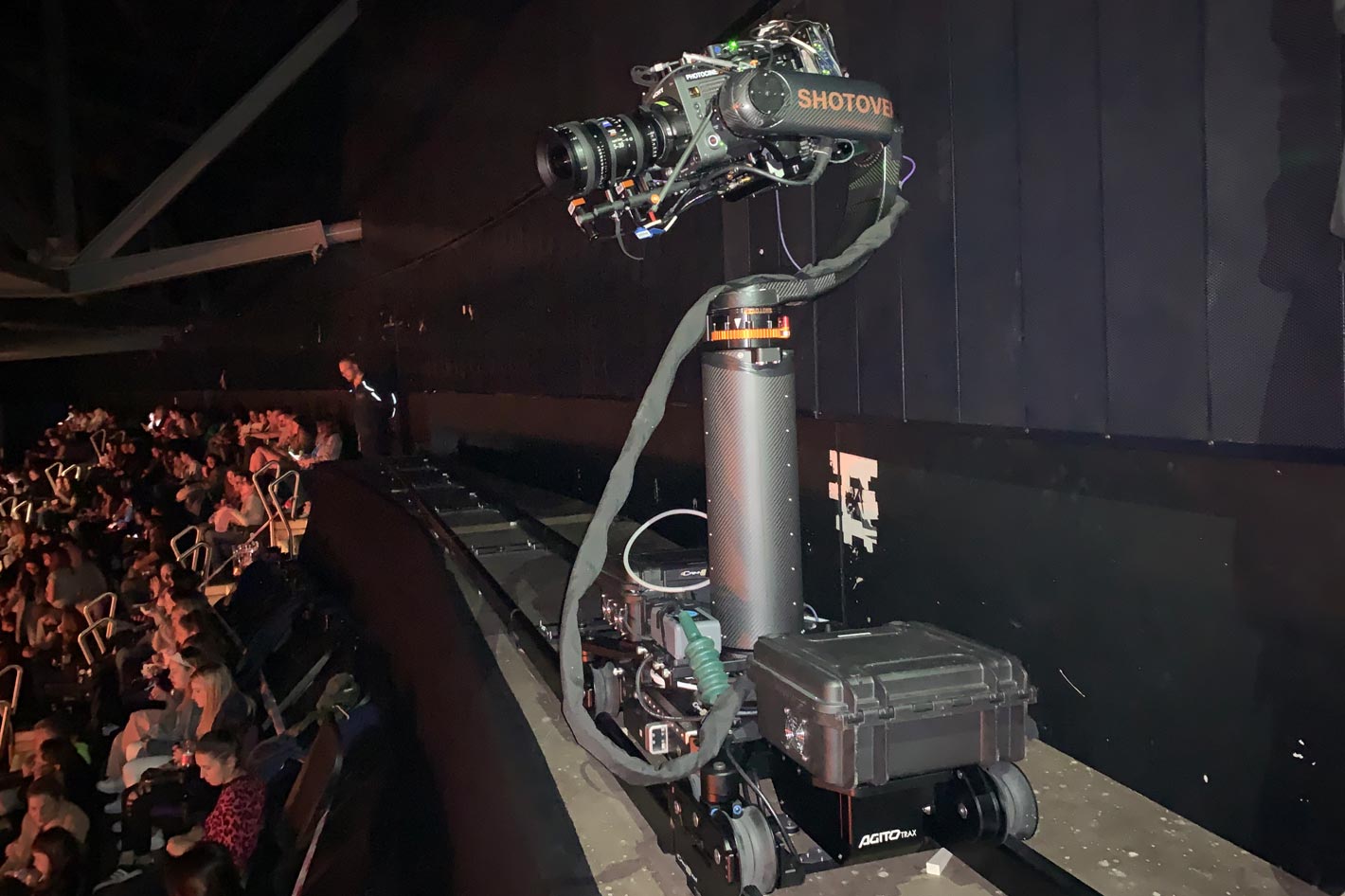 2020 was a challenging year for the live performance industry, but two different gigs captured by camera mount specialists Cammotion at the O2 on AGITO bookend it superbly.

The pandemic made everything come to a halt… but it didn’t take long for the entertainment industry to find ways to continue working. Maybe not as fast and as much as before, but the obstacles created by Covid-19 only challenged professionals to explore new solutions. Now that we’ve lived one year with social distancing as a must and fully aware that we’ve not seen the end of it, yet, it’s important to look back and learn from the experiences lived throughout this period.

Camera mount specialists Cammotion share their experience with two different gigs captured at the O2 on AGITO, from Motion Impossible, that paint a fascinating picture of live life both before and during lockdown, as well as highlighting the versatility of the AGITO and how it helps performance’s capture the moment in different ways.

The O2 is a large entertainment district on the Greenwich peninsula in South East London, England, including an indoor arena, a music club, a Cineworld cinema, an exhibition space, piazzas, bars, and restaurants. It’s there that the two events took place, the first at the end of October 2019, before Covid-19, the second in December 2020. 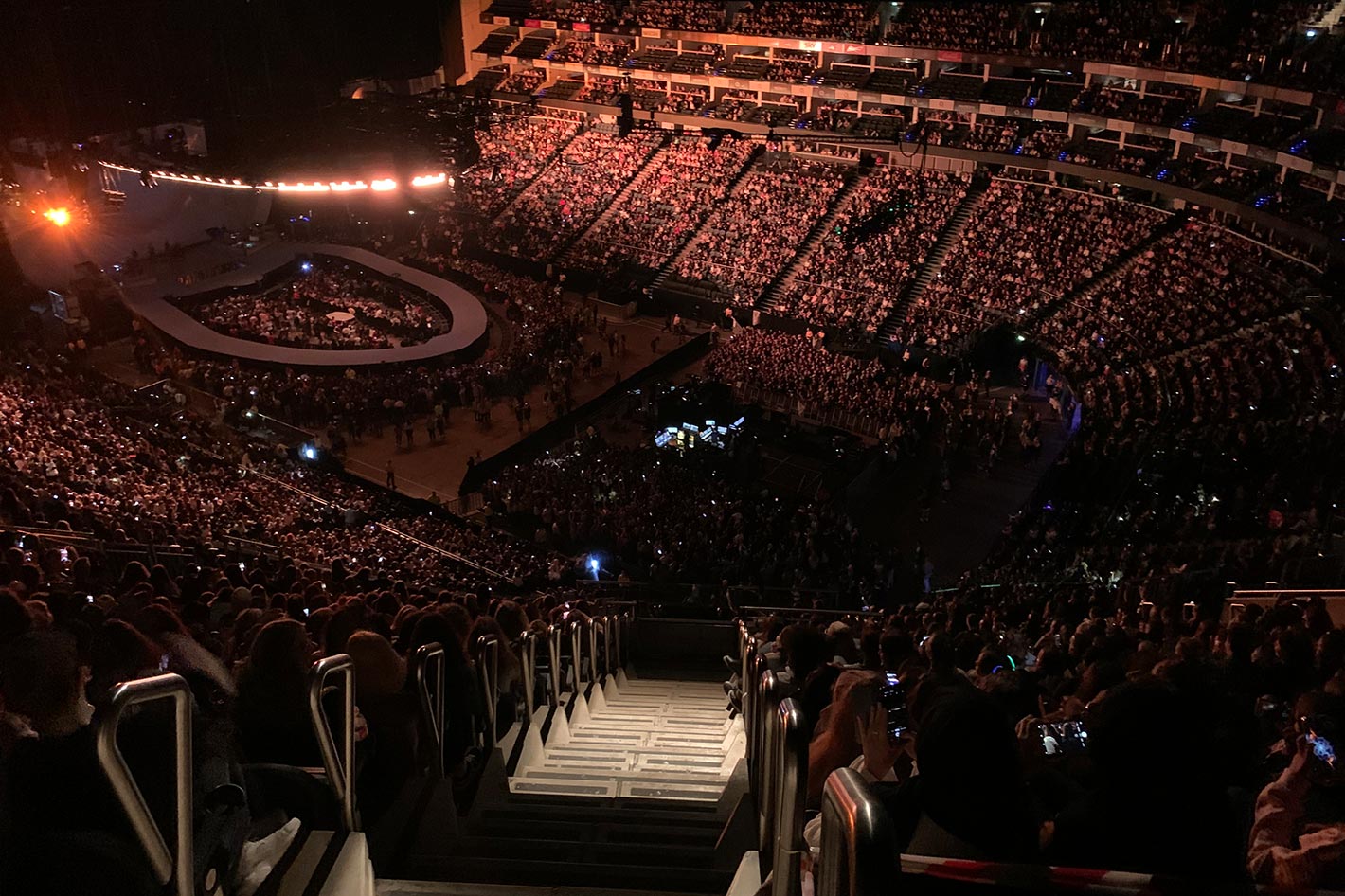 Using the AGITO Tower at a concert

The first event was the last European date of Ariana Grande’s Sweetener World Tour. Mixed with behind-the-scenes footage, the resulting concert film Excuse Me, I Love You was released to Grande’s army of fans on Netflix in December 2020. It’s a high energy experience, featuring the sort of multimedia AV experience that only the very biggest touring productions can muster. Capturing the scale of the spectacle demands wide shots to be interleaved with the close-ups of the performers, and that is where the AGITO came in.

“We used AGITO Trax for high wide-angle tracking shots right at the very, very top of the stadium,” explains Matthew Gladstone, owner and operator at Cammotion. “They’d built a scaffolding platform over the top two or three rows of seats, and we ran backwards and forwards on that for the whole show on around 15 meters of track.”

Gladstone had taken delivery of the AGITO Tower just before the gig and used a combination of that with a Sony Venice, prime lens, and Shotover G1 gimbal. A fibre backline was used to transmit the video to the on-site OB truck. 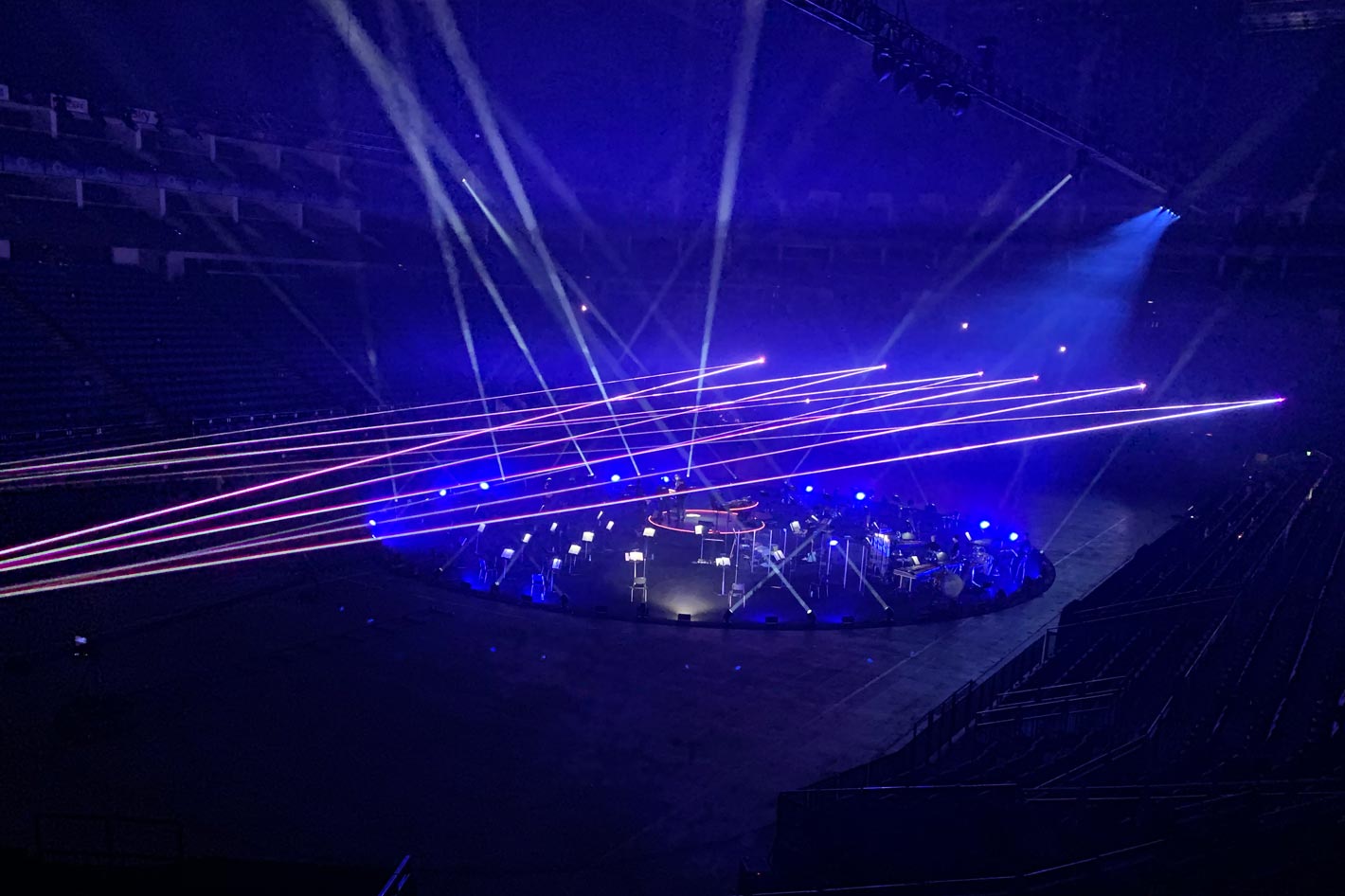 “It was a fairly simple job, but the pictures from that viewpoint looked stunning, especially when all the audience’s LED rings were lit up as part of the show,” says Gladstone. “The big advantage we had was that the AGITO is modular and we could take it apart and reassemble it on the tracks, as getting to that location right at the top of the O2 was difficult.”

The second event asked for a completely different approach, resulting in a demonstration of the AGITO’s versatility. During lockdown at the O2 couldn’t be more different, filming a socially distanced orchestra — Pete Tong, The Heritage Orchestra and Jules Buckley to be exact — in the AGITO’s Sports configuration for the Ibiza Classics O Come All Ye Ravers globally streamed event in December 2020. This was filmed ‘in the round’ with Tong, Buckley, and the orchestra set up on the floor of the O2.

“What they wanted was the ability to have a continuous shot going all the way around the orchestra, but because they were all socially distanced it had a radius of 17 or 18 meters,” says Gladstone. “Track would have been way too expensive and restrictive so we used the AGITO in its wheeled configuration and just drove over the cable ramps when we had to.”

Shot wirelessly with the TOWER on an ARRI ALEXA Mini, the AGITO was chosen for its ability to circle the orchestra for the complete 90 minutes of the live stream, as well as maintain social distance while it was doing it. 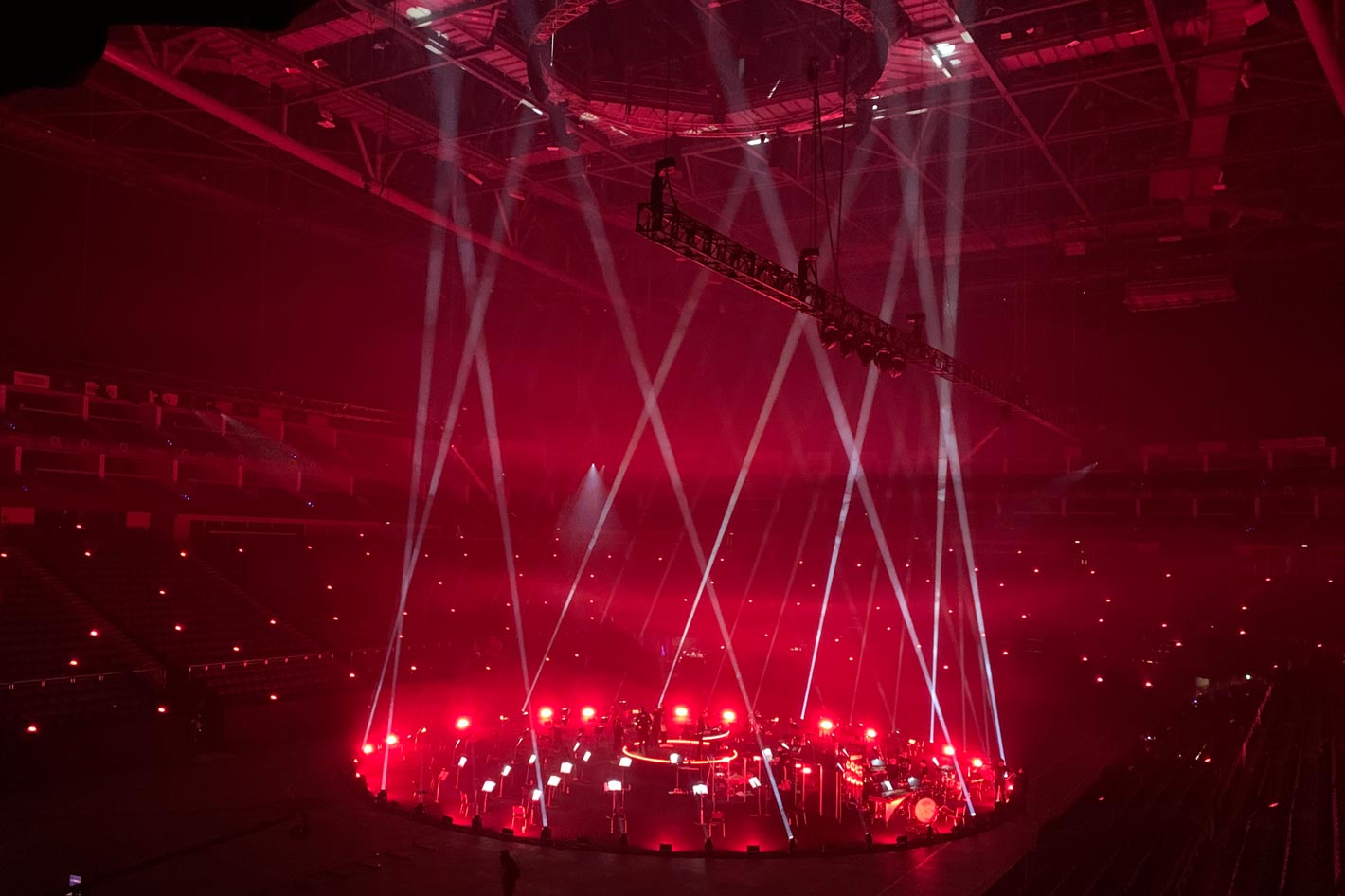 Go anywhere and do pretty much anything

“We were always on the move, circling and finding interesting shots of the orchestra depending on what was happening with Jules Buckley and Pete Tong, the lasers, the lighting, and the singers,” says Gladstone. “We were able to drive at about three meters per second right on the end of the lens and could follow the action constantly providing a variety of unscripted shots for the whole 90-minute concert.” 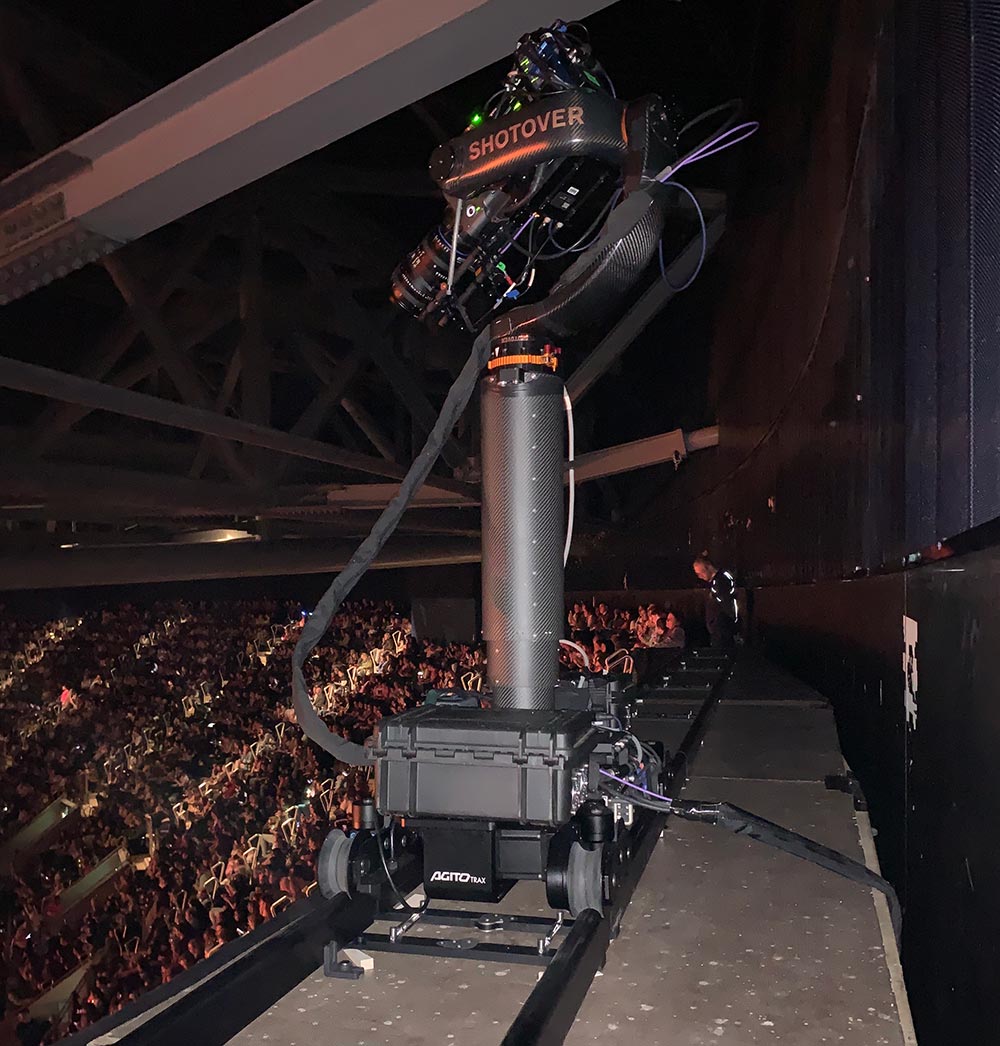 Then, at the end of the gig, one of the other advantages of using the AGITO came to the fore — its ability to go anywhere and do pretty much anything.

“As the orchestra was packing up, we decided to drive round them and then out through the tunnel and towards the loading bay,” says Gladstone. “And that has been used in the end sequence for the on-demand version.”

AGITO is one of two systems operated by Motion Impossible, the other being the M-Series, offering the perfect solutions for moving and stabilising cameras in Live Sports, TV, Film and VR. Motion Impossible is a Bristol-based modular remote dolly systems and camera stabilisers manufacturer.

The company was set up in August 2014 by BAFTA award-winning Cameraman Rob Drewett and Product Design Engineer Andy Nancollis. The team has since grown, now consisting of film tech lovers, experienced engineers and remote vehicle fanatics, creating new and exciting ways for you to shoot film, TV and 360° VR. 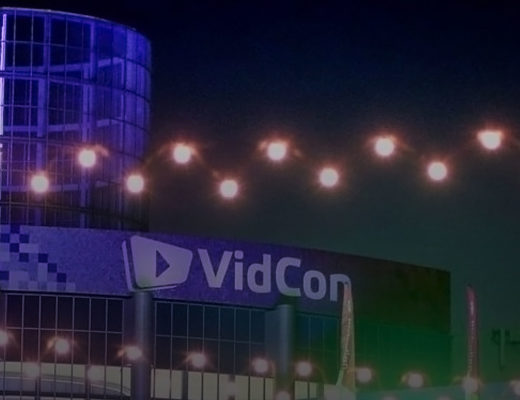 The 11th annual VidCon US has been canceled, due to the recent increases in COVID-19 cases and evolving health... 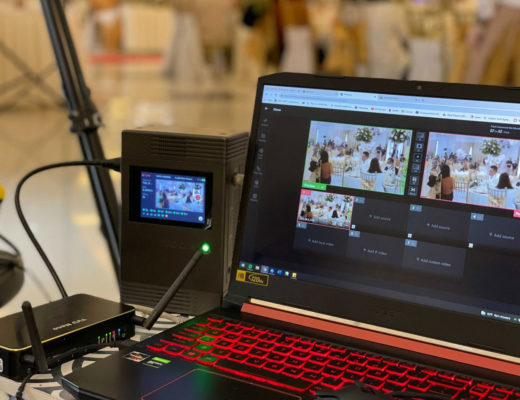 The new cloud-based system from TVU Networks, based on the company’s TVU Cloud Production Service, provides tools needed for...