The new Canon PowerShot G3 X camera offers a 25x optical zoom in a compact package able to do Full HD at 60p. Canon sees no need for 4K, yet, in this segment of the market. 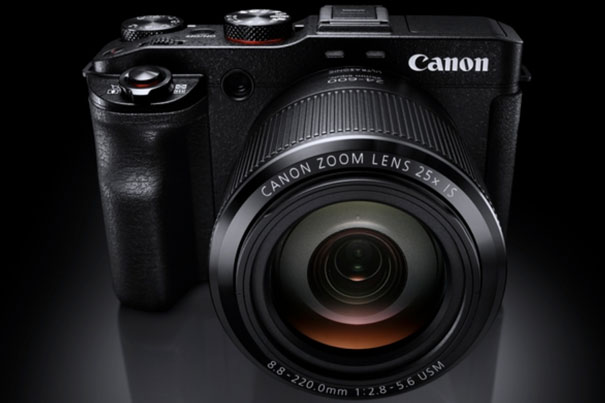 The new Canon PowerShot G3 X may not offer 4K, as everybody seems to expect from new camera models, but it offers the longest zoom in its class of cameras, with a 24-600mm f/2.8-5.6 zoom in a compact body. Building on the tradition of the G-series of premium compact digital cameras, it’s a rugged tool for pros and advanced shooters looking for DSLR-like features in a compact, dust- and water-resistant body.

The PowerShot G3 X is built around a one-inch, 20.2 Megapixel High-Sensitivity CMOS sensor delivering optimal performance with an ISO range of 125 – 12,800. The sensor, along with a proprietary DIGIC 6 Image processor, creates Canon’s HS System to provide photographers with a high-performance point-and-shoot camera that captures vivid and detailed still images and video, even in difficult low-light shooting scenarios.

The camera’s ability to record 1080p Full HD video (at 24p, 30p, and 60p in MP4 format) is enhanced through several new features including an external stereo microphone jack, a headphone jack for audio monitoring while recording, and manual control of exposure and audio levels. The camera also features live HDMI output while recording, allowing for direct connection to external video recorders as well as convenient playback of recorded movies on an HDTV. 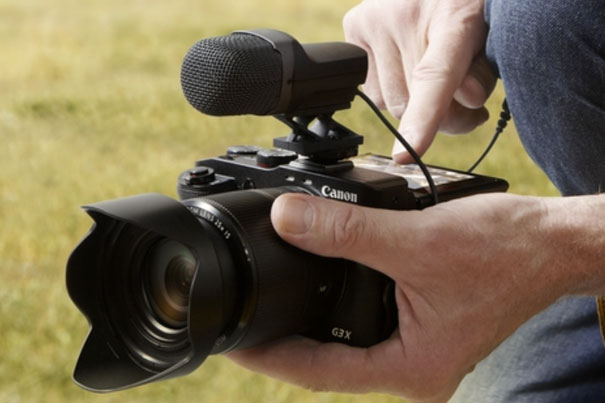 With so many new things for the G series, when it comes to video, people will still ask why Canon does not do 4K. For many, Canon is lagging behind, but the company may have a different opinion. In an interview posted by PhotographyBlog, Canon UK’s Product Intelligence Professional, David Parry, was asked what Canon thinks about the “push towards 4K in consumer level cameras” and replied:

“I think 4K is really interesting and a technology to keep our eye on. We’ve got 4K in our professional level cameras such as the XC10. So that the moment we’re looking at the pro end for 4K. I shot a load of 4K on the XC10 and brought it back home and realized I actually had nothing capable of processing the footage and outputting it. I do wonder whether there are a lot of people in that situation. It would be nice to have it in terms of future proofing – in terms of shooting 4K now and in five years time it will be OK. Potentially it could be something we will bring in – but how far behind is 8K? I don’t know. At the moment it’s widely accepted that everyone’s got the capability to process Full HD.”

So, there you have it. Although many may dream of 4K, the reality is probably different. It’s very much the same as with other technologies. Like video games, for example: while many people always dream of having the latest graphics card to power their games, for most people a consumer level graphics card will be enough. Canon seems to know this, so they hope to be creating a camera for the masses.

A compact for wildlife

It is true, when it comes to video and 4K, that the PowerShot G3 X pales besides a Sony Cyber-shot RX 10 II, but they are different machines for different consumer segments. Canon sees the G3 X as a camera that wildlife photographers and videographers may want to use, for its extended zoom range. This long-zoom, premium compact camera allows users to get close to the action with its bright f/2.8-5.6, 25x optical power zoom Lens (equivalent to 24-600mm), something many DSLR owners only dream about. And this long lens is supported by an improved Intelligent Image Stabilization (IS) system which provides virtually shake-free images in a wide variety of shooting conditions, says Canon. In plain English this means the system offers 5-axis stabilization through a combination of optical and digital, the regular shift of a lens element correcting two (horizontal and vertical) and the digital processing taking care of the rest.

The Canon PowerShot G3 X camera is, according to Canon, the most rugged G-series model yet. The combination of enhanced body panel construction with rubber sealing helps ensure this dust-and-water resistant digital camera is ready to shoot action-packed adventures even in some of the most adverse conditions. It also features controls and menu operation inherited from the Canon EOS line of Digital SLR cameras, a first for the PowerShot G-Series. Useful controls include an Auto Exposure (AE) lock button, Auto Focus (AF) selection button and DRIVE/AF button.

For photography purists, the PowerShot G3 X camera fully supports both manual exposure control and the user’s choice of RAW, JPEG or RAW+JPEG recording formats. For quick camera setting, the PowerShot G3 X includes a programmable continuous ring on the lens, an exposure compensation dial and mode dial on top, and a rear control dial. A Electronic Viewfinder EVF-DC1 featuring 2.36MP resolution and an adjustable viewing angle is also available as an optional accessory for the PowerShot G3 X to help users compose shots in bright, sunny conditions. Expect to pay around $250 more for the EVF. And the camera costs $999,99. Yes, these things never come cheap!

Those willing to use the LCD screen all the time (what may be difficult in sunny conditions, outside) have a bright 3.2-inch Multi-Angle capacitive touch panel LCD screen with 1.62 million dot resolution, providing a sharp, clear, and vivid display. The adjustable screen enables shooting from a variety of angles with enhanced flexibility by tilting up to 180 degrees for capturing selfies and creative low-angle shots, or as much as 45 degrees down for overhead shots. 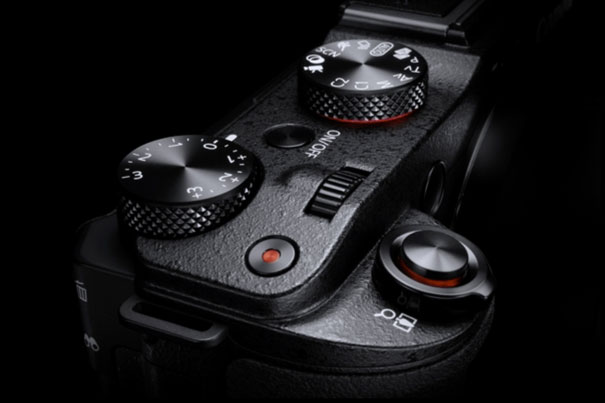 For those looking to shoot from the sidelines, the PowerShot G3 X features high-speed AF and 31 widely spread AF points to help capture fast-action shots with accuracy and ease. Paired with a continuous shooting speed of up to 5.9 frames-per-second (fps), the PowerShot G3 X gives photographers the capability to keep shooting at full resolution with no buffer lag or frame limit. In fact, the PowerShot G3 X will continually shoot at a rate of 5.9 fps with focus locked in JPEG mode to the capacity of the memory card when using an SDHC/SDXC UHS-I card based on Canon’s standard test method.

Following what is now expected by consumers, the camera offers built-in Wi-Fi capabilities and Near Field Communication (NFC) — compatible with Android devices version 4.0 or later — , allowing for quick and simple pairing to compatible Android devices as well as full support for Canon’s soon-to-be-released Connect Station CS100 device. In addition, Canon’s free Camera Connect app, available for both iOS and Android devices, allows users to share images and remotely control the camera and capture images from one app.

The new Canon PowerShot G3 X premium compact camera is scheduled to be available in July 2015 for an estimated retail price of $999.99.