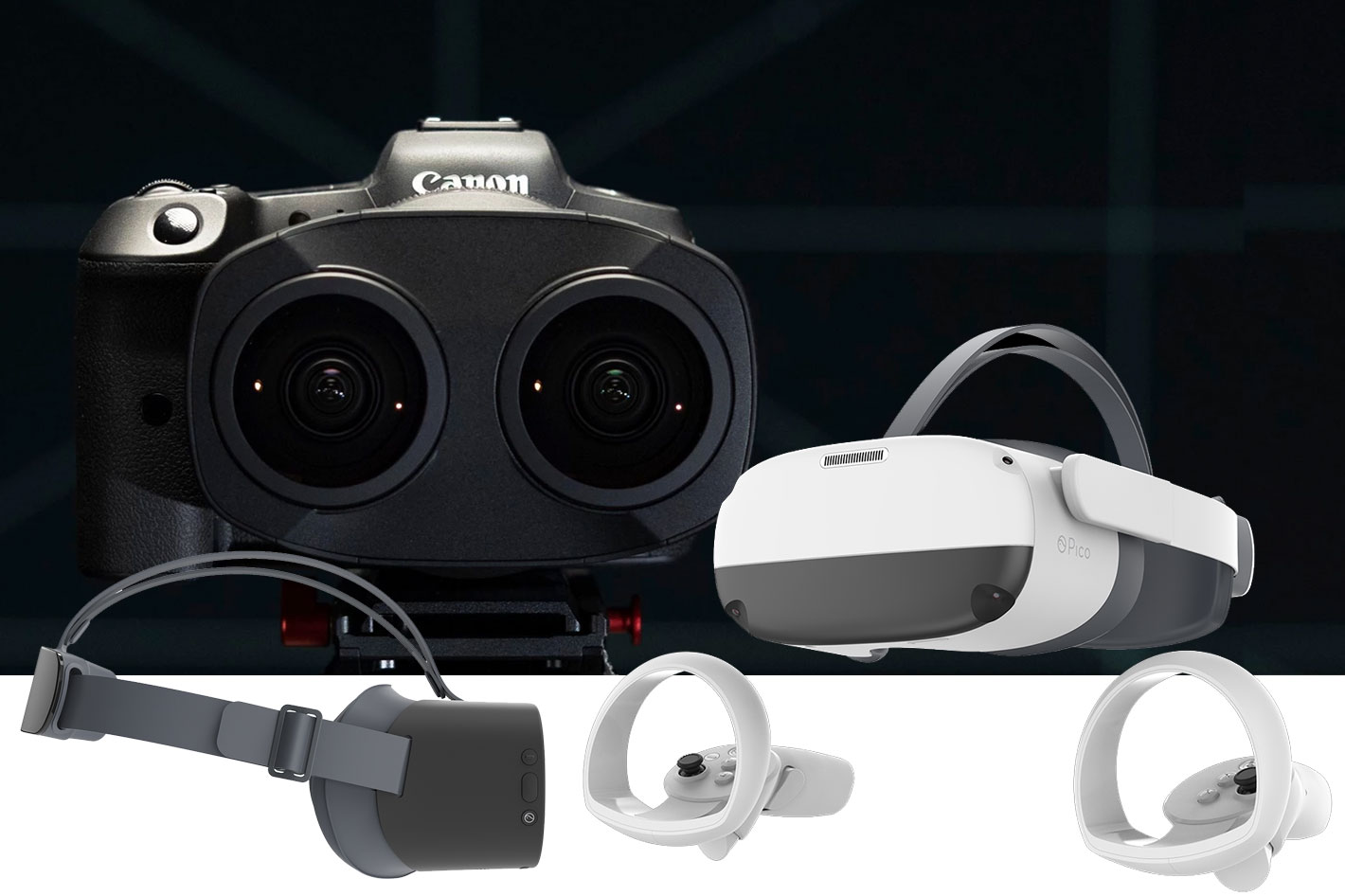 ProVideo Coalition has confirmed that Canon’s new VR lens is compatible with more headsets than the Quest 2, and that other NLEs besides Premiere will, probably, work with the EOS VR System.

The world’s first digital interchangeable dual fisheye lens capable of shooting stereoscopic 3D 180° VR imagery to a single image sensor was announced this month. The lens, the Canon RF5.2mm F2.8 L Dual Fisheye, is the first of the new EOS VR System, which will use the full frame mirrorless camera EOS R5 as a starting point. 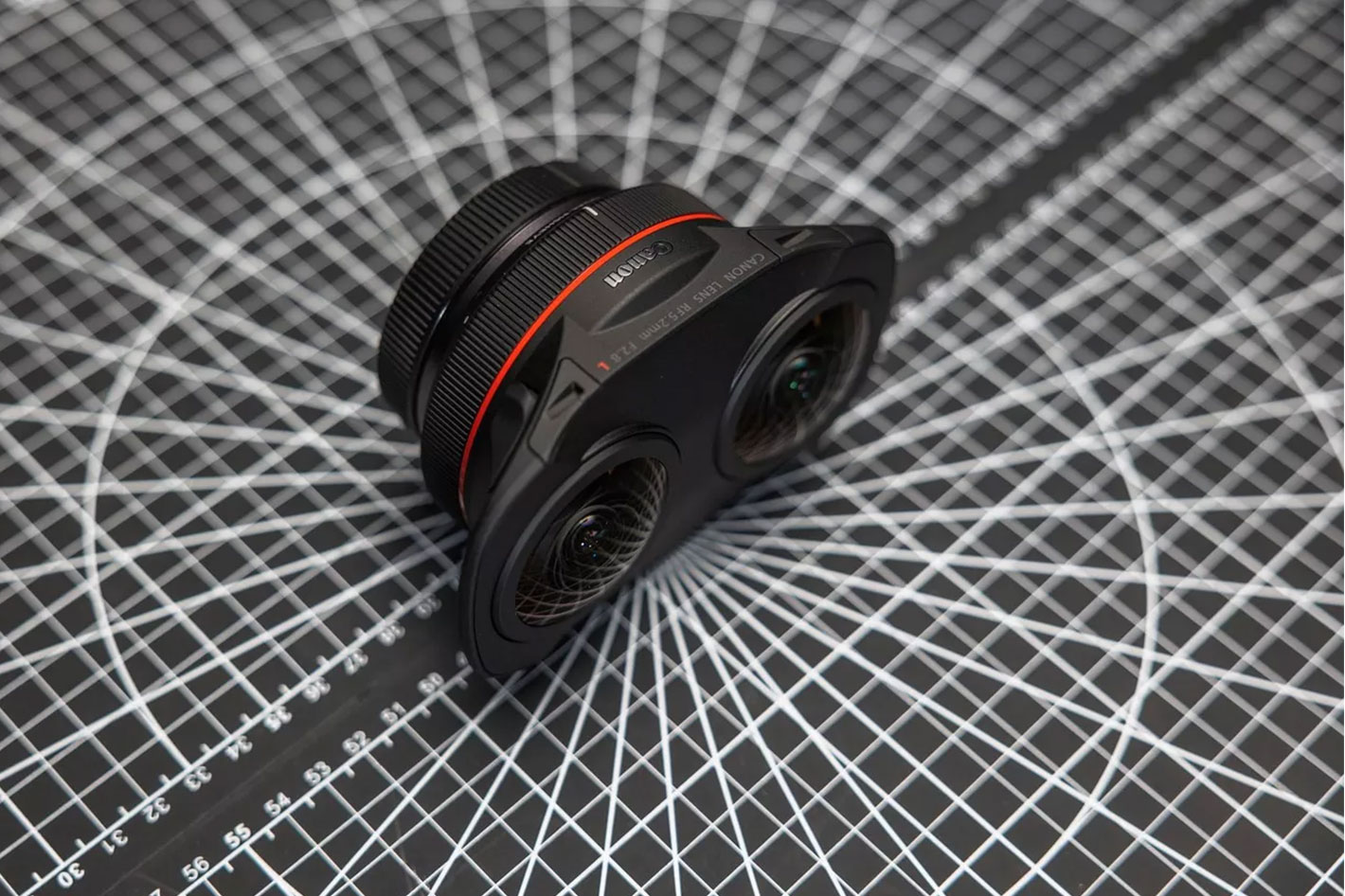 Because it’s an L-series lens, the RF5.2mm F2.8 L Dual Fisheye is built for professional use. It is dust and splash resistant and features fluorine coatings to repel water and dirt on the lens surface. The RF5.2mm F2.8 L Dual Fisheye has a rear-mounted gelatin filter holder for pre-cut ND gels which can be used to help precisely control light levels when in use on 180° VR video productions.

The RF5.2mm F2.8 L Dual Fisheye will work with the EOS R5 (an update to the camera will be needed) as the base for the new EOS VR System. Key to the new system is the EOS VR Utility, which makes conversion of the stereoscopic footage and stills for editing and playback, a much more efficient process. Canon’s EOS VR Utility, ‘de-squeezes’ the two circular fisheye images into two side-by-side ‘square’ images (a standard format for 180° VR image files), ready for viewing on a VR headset or editing in a compatible software application or NLE system.

Canon’s EOS VR Utility can do basic cropping of the Canon VR video files before conversion. However, for greater control over the grade and edit, for more professional productions, the converted files can be imported into Adobe Premiere Pro, or the EOS VR plug-in for Adobe Premiere Pro, also announced, can be used to import and convert EOS VR files in one process. 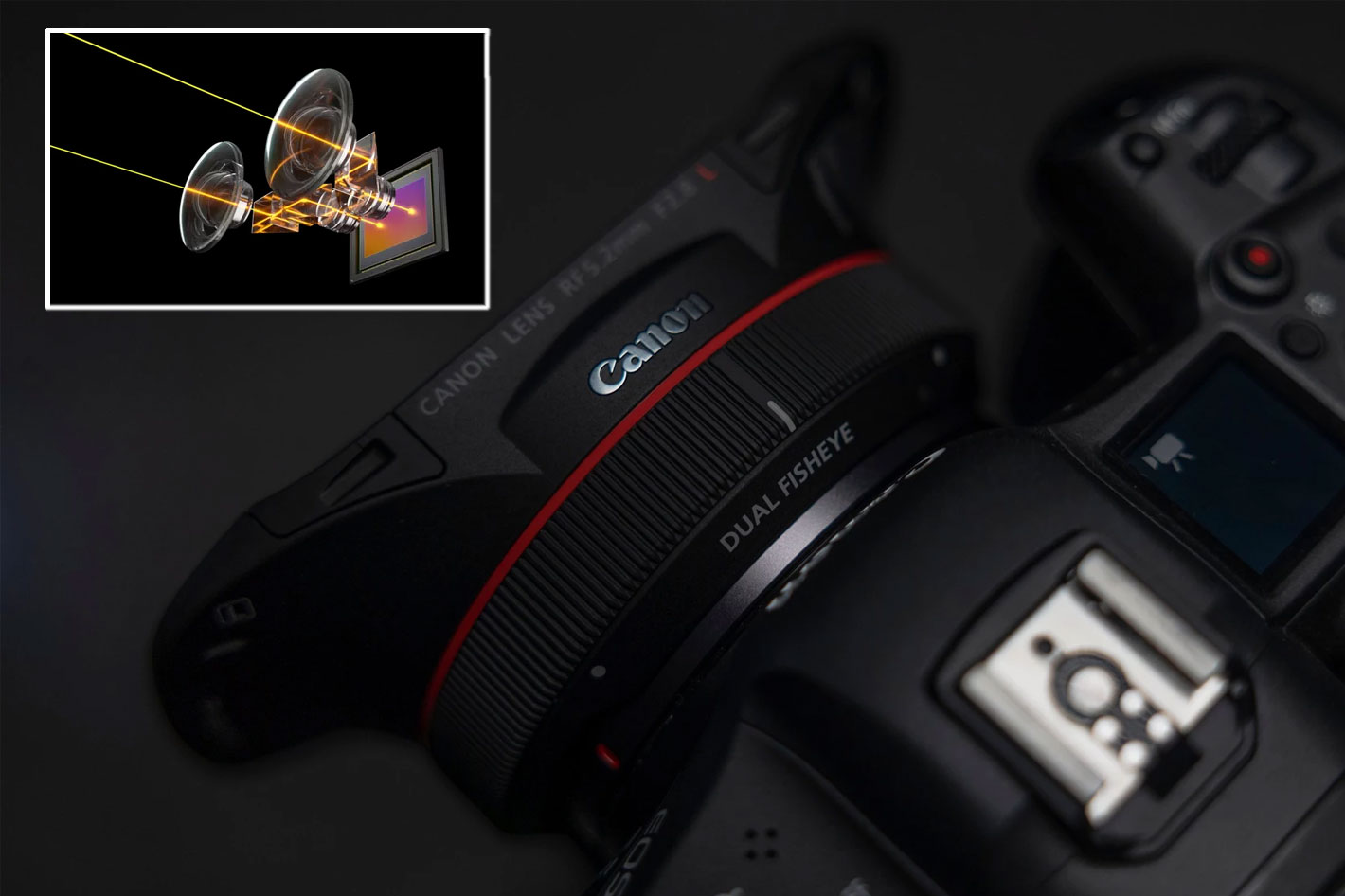 Will DaVinci Resolve and other NLEs get the plug-in?

EOS VR Utility is coming soon, according to Canon, and this first version will be compatible with Adobe Premiere Pro, which the company says, “is the industry leading application for creating rich, immersive VR content.” Still, as the company also mentions other “compatible NLEs,” we asked Canon if the EOS VR Plug-In is going to be compatible only with Premiere Pro or will other video editors, as DaVinci Resolve get the plug-in?

Here is Canon’s reply: “As with all of our products we will continue to listen to our user’s feedback, however at this time the EOS VR Plug-In is only compatible with Adobe Premiere Pro. It is only one of the two options provided to the market, EOS VR Utility will also afford users conversion of their Dual Fisheye image to Equirectangular as well as export options of various different preset resolutions and file types (examples: DPX, Pro Res, H264).”

Canon also announced that the “in order to truly experience the captured content by Canon’s EOS VR system in its truest form, a compatible VR headset is recommended for use such as the Oculus Quest 2, allowing the viewer to immerse themselves in the content — by simply moving their head to provide a vivid, incredibly wide view.”  I wrote then that although Oculus Virtual Reality headsets are popular, many users dislike the fact that since the introduction of the Oculus Quest 2, it has become mandatory to have a Facebook account”.

Following my remarks, I also asked Canon if the system is going to be compatible with other VR headsets besides the Oculus Quest 2, and here is Canon’s answer: “Currently the video content from the RF5.2mm F2.8 L Dual Fisheye lens has been tested and is compatible with the Oculus Quest 2 and Pico G2 headsets. Other headsets may be compatible based on the various different export settings of EOS VR Utility and EOS VR Plug-in for Adobe Premiere Pro, however they have not been tested by Canon to be verified at this time.

This is an interesting revelation that was not available at the announcement. The Pico G2 headset features a 3K LCD display with 1440 x 1600 screen resolution, a refresh rate of 90Hz and a ppi of 615. This Chinese VR headset may not compete with the Oculus Quest 2, which has a screen resolution of 1832 x 1920 pixels per eye, but if the EOS VR System is compatible with Pico VR headsets, it will also be usable with the new versions, both the Pico G2 4K and the recently announced Neo 3 Pro and Neo 3 Pro Eye from the same company.

The Neo 3 Pro and Neo 3 Pro Eye VR headsets, presented as for enterprise use, are built around the powerful Qualcomm XR2 processor, offer a 3664 x 1920 LCD screen with a PPI of 773 and up to 90Hz refresh rate, and will be available in the West, including North America in Europe sometime in Q3 2021. The Neo 3 Pro Eye version offers integrated eye tracking – as the HP Reverb G2 Omnicept – and can be pre-ordered from Pico Neo website for $899. The Neo 3 Pro version costs $699, meaning these are competitive VR headsets that can be used with Canon’s EOS VR System. 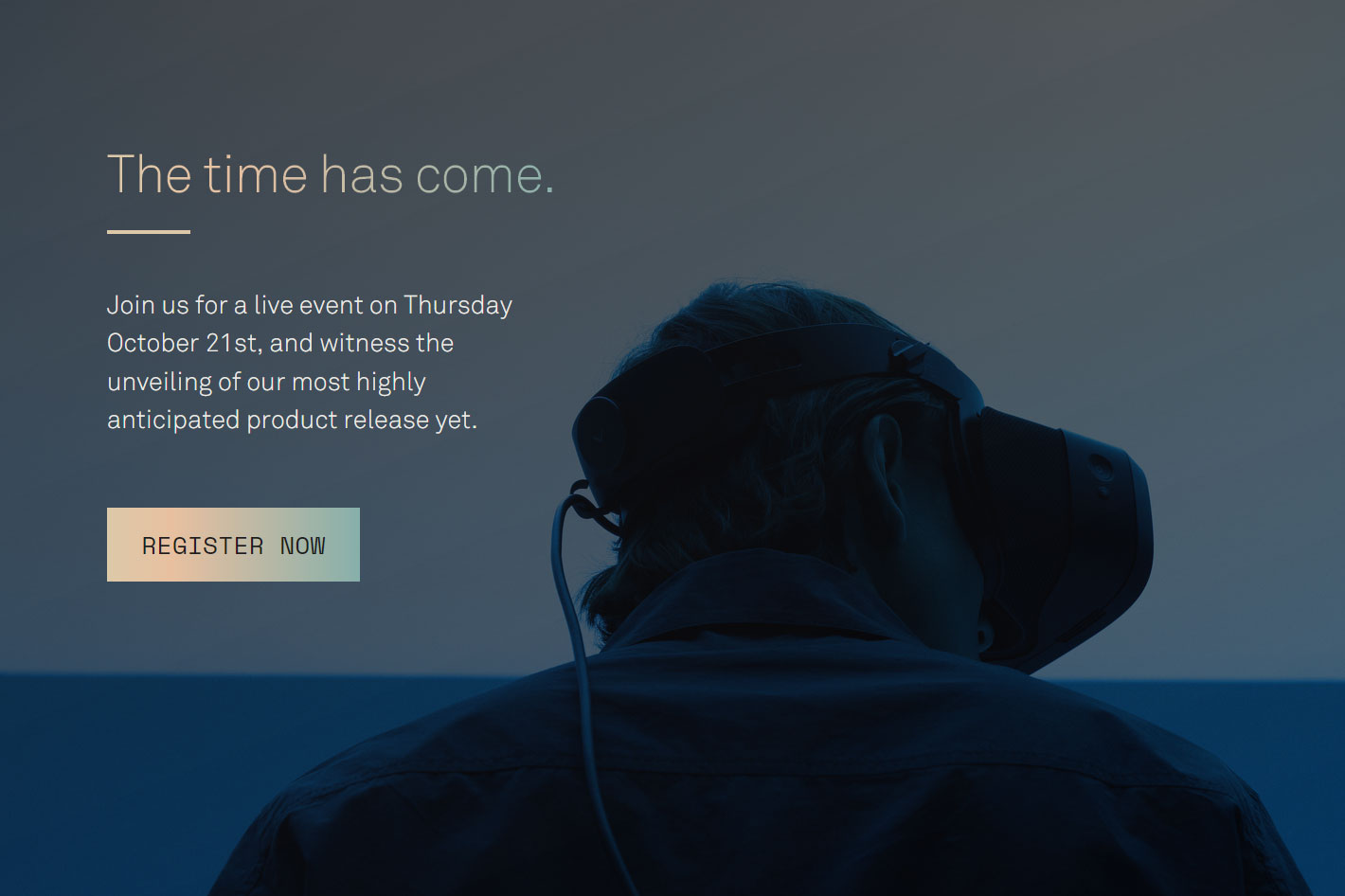 With Bluetooth 5.1 and 2.4GHz & 5GHz 2X2MIMO 11ax (WiFi6) support, the Neo 3 Pro offers both wireless or wired streaming options via a special DisplayPort and cable, which allows presenting VR content on a display or TV, with an appropriate USB to HDMI or DisplayPort adapter. 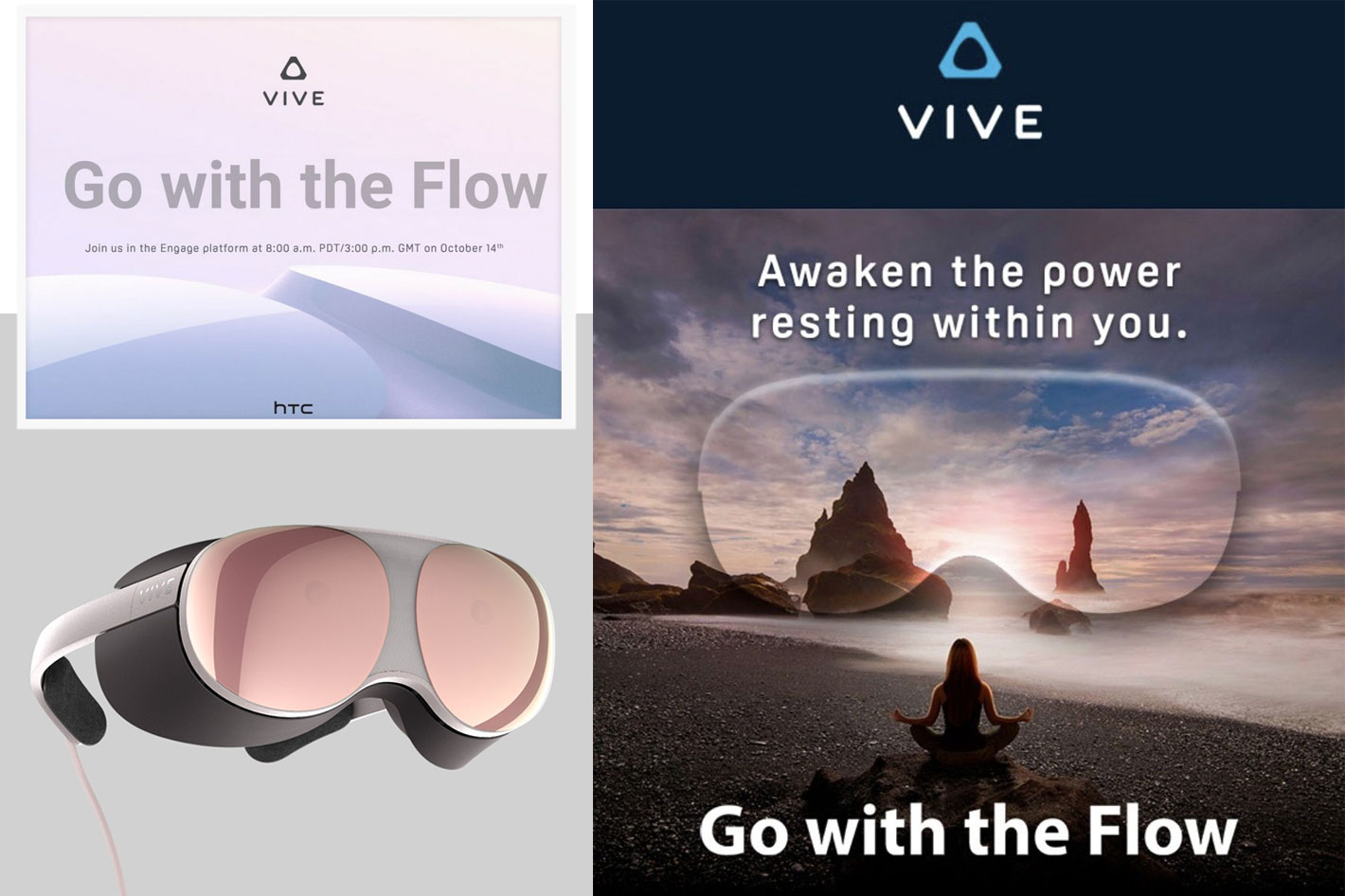 Thanks to the open development architecture (OpenXR) a royalty-free, open standard that provides high-performance access to Augmented Reality (AR) and Virtual Reality (VR)—collectively known as XR—platforms and devices, it becomes easier to develop AR/VR software, enabling applications to reach a wider array of hardware platforms without having to port or re-write their code and subsequently allowing platform vendors supporting OpenXR access to more applications.

As OpenXR becomes the “lingua franca” in terms of VR/AR software development, one can assume that Canon’s EOS VR System will be compatible with a wide variety of VR headsets, meaning users can choose the hardware that best suits their pocket… and safety concerns. More options are coming to the market soon, both for enterprise and the consumer market, as HTC suggests a new Vive VR headset is about to be revealed, rumors point to a Steam VR headset, codenamed Deckard, that will compete with Quest 2, and finally Varjo, developers of high-end XR headsets, that on October 21 will reveal what the company says is “our most highly anticipated product release yet.”