If any doubts existed that Canon has new camcorders for NAB 2015, the recent drop in price of the C100 and C300 confirms that new cameras are to be announced. Sooner than some expect, in fact. A new 4K is about to become REAL. 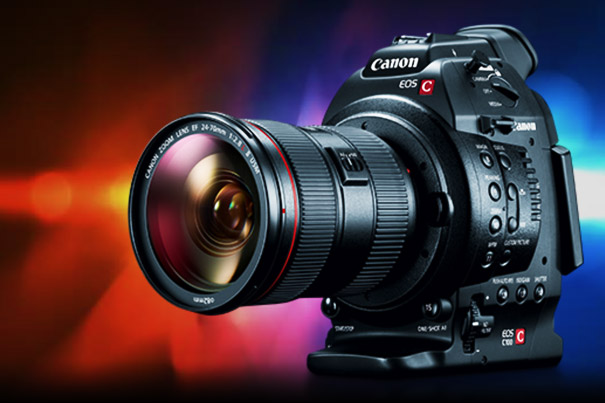 The expected announcement of a new 4K C300 at NAB 2015 resulted in a price drop for the actual C300, which can be bought for $6,499, about half of the initial price of this model. While this may not seduce the indie cinematographer on a short budget, the Canon C100 can be had, now, both at B&H and Adorama, for $2,999 (body only).

The price for the C100 is still higher than some other solutions, like mirrorless cameras or even DSLRs it may compete with, but the truth is that the form factor closer to that of a traditional video camera still counts a lot, and for many buyers that’s an important aspect, as they will feel at home.

Even if for some cinematographers the Canon C100 Cinema EOS camcorder is outdated in terms of specifications, it is still looked upon as a viable solution by others, specially if Full HD is enough for their needs. Canon will announce a new 4K C300 Mark II and also, as mentioned before, a fixed lens 4K camera rumored to offer C-Log, 10-12 stops of latitude, with, it is said, removable grip and viewfinder, which may be associated with a weight reduction for use with drones, but this may be something completely different from the Cinema EOS series. So, the C100 becomes an attractive option.

The C100 is adequate for one-man-band shooters or small crews doing anything from commercial to corporate production. While it may not be the DSLR Killer mentioned by Shane Hurlbut recently – the Canon Cinema C100 Mark II – it offers many of the features the new model has. It’s true it lacks Dual Pixel AF, which will cost you a few hundred dollars extra, but with the firmware update Canon issued as a response to input from the motion picture and television production communities, it is able to do some more tricks. Read under the information Canon provided regarding the update.

With an ISO or ASA Range extended to 80,000, the EOS C100 camera’s image sensor is even more sensitive to light than ever before. The new settings mean that you can shoot usable footage during low-light and night shoots, when using available or ambient lighting might be your only option. Requiring less light levels means that you can work quickly with smaller rigging crews and technical resources, and with enhanced user control over the final recorded product, the EOS C100 becomes even more versatile and usable in conditions that it could not handle previously. 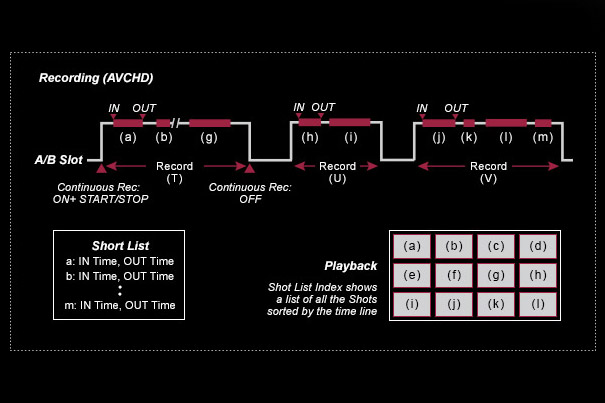 Directly compatible with Grass Valley’s EDIUS Pro 7 editing software, Continuous Recording lets you record an entire event without missing any significant moments during corporate presentations and weddings, for example. The same image files and companion metadata are recorded to the EOS C100’s pair of media cards, with sequences between each IN and OUT point being tagged as a chosen shot.

Internal camera menus on the EOS C100 camera are now controllable from buttons on the camera body. Where a removable joystick was previously the only way to control the camera’s internal menus, buttons on the rear of the camera under the built-in monitor can now control this feature. This allows menus to be accessed even when the side grip is removed.

Shift the Magnification in the Viewfinder

The EOS C100 camera’s Key Lock setting now makes it possible to lock all operations, including the critical Record button, whereas previously this disabled all operations apart from Record mode. This addition will help prevent accidental operation during a critical shoot by the user inadvertently pressing a wrong button. 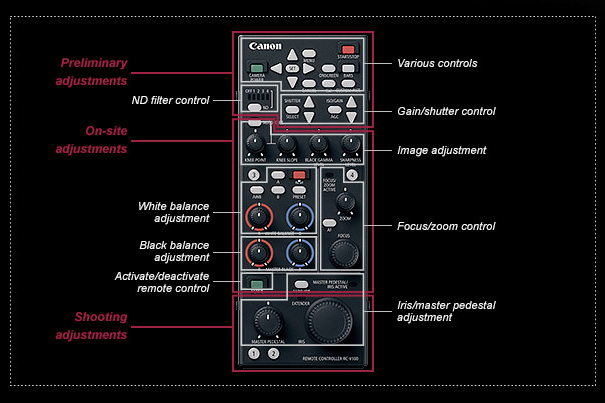 The RC-V100 is powered from the connected camcorder via a 15-foot (five-meter) cable. A USB port enables the unit’s firmware to be updated to support future remote-control functions.

The firmware update for the EOS C100 camera adds Peripheral Illumination Correction Data for several Canon EF and Cinema Lenses. By maintaining even illumination from corner to corner of each image frame, Peripheral Lens Correction virtually eliminates vignetting and any other unevenness of light across the sensor, using specific lens characteristics such as focal length, aperture and distance settings.

The new price for the Canon C100 Cinema EOS camcorder comes in line with recent price drops for other models from Canon, like the C300, which is now available for $6,499 as mentioned above, or the EOS-1D C, for $7,999 . This is probably more than indie cinematographers are willing/able to invest in a camera, but the actual price on the C100 may well be attractive enough for those aware of the limitations of the camera but seduced by its form factor and actual price, quite different from the $7,999 price it had at launch, in 2012.