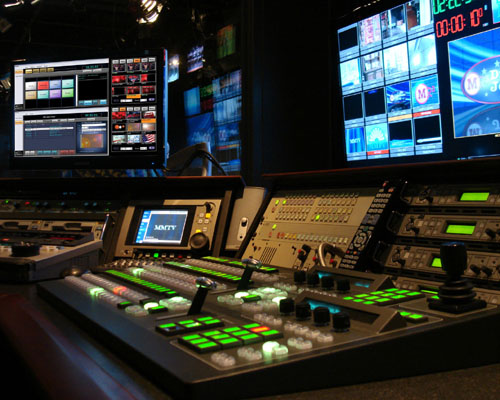 “Fluent workflow tools are what make our switcher a live integrated production system,” said Ken Swanton, President of Broadcast Pix. “No other switcher contains the IT technology to deliver powerful file-based workflow tools. Today we add Fluent Macros, so now with a single button push you can recall a powerful sequence of switcher moves with specific clip and graphic files. This packs more power into a single button push than any switcher, ever.”

Fluent Macros are the only macros that combine switcher moves and file recalls, which is ideal for complicated combinations. They can also include control of robotic cameras, audio mixers and video servers. The new Fluent Macros Editor makes it easy to design with a graphical editor, and the macros can be executed through a player window or from the control panel. Applications include using animated wipe files for transitions in sports coverage, animations and graphic files with multi-box talking head displays for broadcast news, and automated camera moves with graphic and clip files for city council meetings and other government productions.

“The new Fluent Macros allow a level of effects creation that blows the competition out of the water,” said Chip Potito, Production Engineer for Melrose Massachusetts Television. “They have allowed me to create extremely complex effects and recall them with the touch of a button.”

New Fluent Multi-View enhancements provide automatic layout for 16:9 and 4:3 content on most monitors. In addition, every window is individually resizable, including key windows, and Fluent is the only Multi-View in the industry to show windows for each keyer. Plus, safe zones are now available on program and preview. The Slate 5000 Control Panel has been upgraded with new memory rows for easy access to macros and snapshot memories, while ME1 and ME2 memory capacity has been increased to 3,000 total recalls.

Slate Version 7.3 also provides support for the low-cost Slate 100 Control Panel, which was demonstrated earlier this year at the 2009 NAB Show. The Slate 100 Control Panel features a classic preview/program switcher layout including a next transition section for managing the system’s three keyers. There are also controls for the Slate 100’s built-in Fluent workflow features, including a bank of buttons that corresponds to thumbnails on the new Slate 100 Fluent Multi-View for easy selection of digital assets and device controls.

Slate Version 7.3 is a free upgrade for all Broadcast Pix Slate customers and can be downloaded at www.broadcastpix.com/support.html.

About Broadcast Pix Broadcast Pix is the leader in integrated live video production systems. Its Slate systems create compelling content by combining a switcher with its unique Fluent file-based and network-based workflow tools. Fluent tools include a clip store, graphics system with CG, watch-folders, multi-view, macros and remote control. Slate is a fraction of the purchase and operating cost of traditional solutions, and is future-proof as it’s upgradeable to 3G 1080p. Broadcast Pix is based in Massachusetts, with offices and dealers worldwide. Customers include leading broadcast, webcast, podcast, cable, entertainment, mobile, corporate, education, religious, and government studios in over 70 countries. Broadcast Pix, Slate and Fluent are trademarks of Broadcast Pix, Inc. Patented. Made in USA. www.broadcastpix.com.