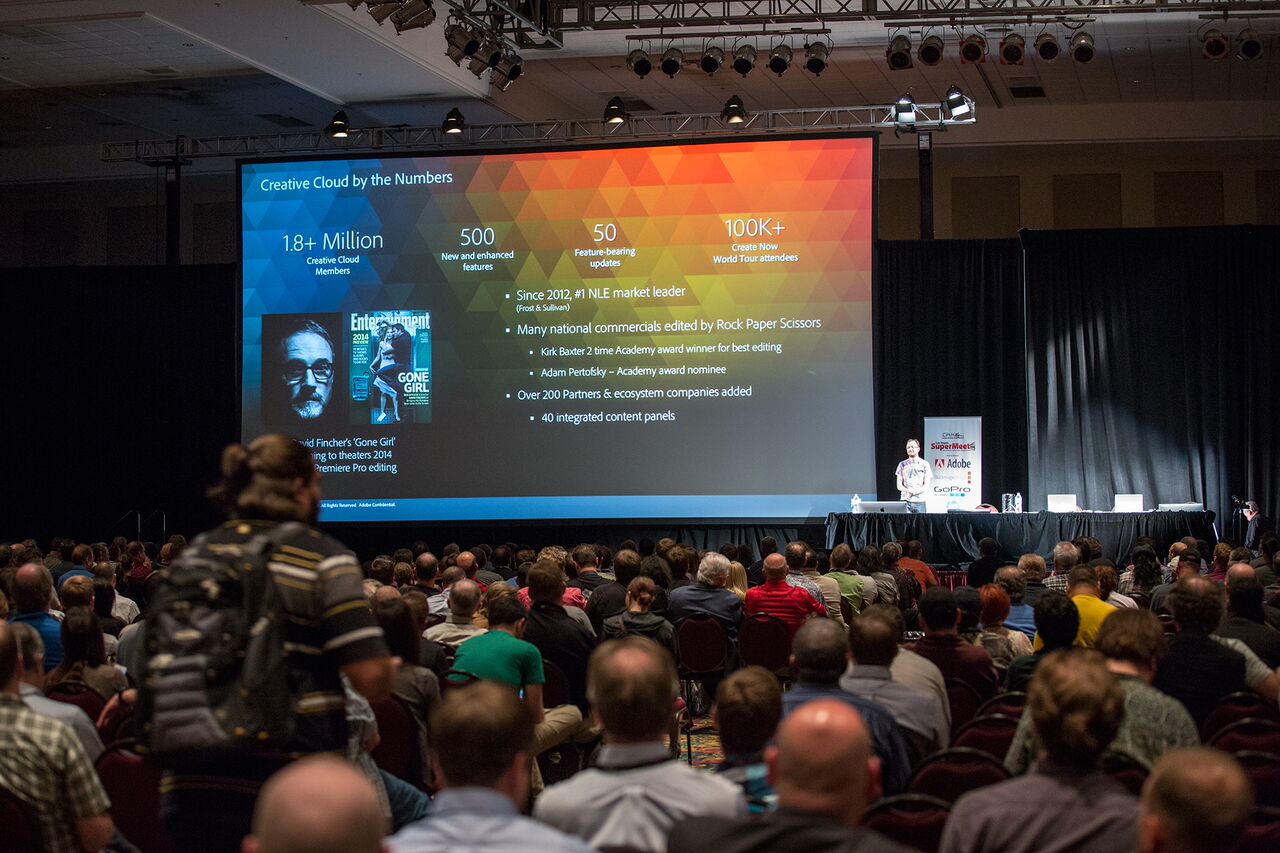 While HDR, VR, and plenty brand new products are set to roll out at NAB 2016, it’s important to remember that the show floor isn’t the only place to see what’s happening. The Fifteenth Annual Las Vegas SuperMeet is taking place on Tuesday, April 19 and those same tools and technologies are set to be part of the event in a big way. They’re a great place for editors, filmmakers and other production professionals to connect with each other on a personal level.

PVC readers can save $5.00 off General Admission by using this link, but we wanted to give you a better sense of how and why the event is going to be worth your time. We were able to grab SuperMeet Co-Founders Daniel Bérubé and Michael Horton to discuss what makes their event special, why VR is such a relevant topic for production professionals and plenty more.

NAB 2016 is upon us…anything you’re especially excited to see in terms of new products or what a particular company is looking to showcase?

Mike and Dan: Yes, we’re really looking forward to the Codec Pavilion in the North Hall where they plan to fly hundreds of Codecs around in circles. No, wait! That’s Drones. Seriously though, we’re looking forward to the VR Pavilion. It seems its all that people are talking about so we intend to hang there for a good while and soak in the info.

Do you think we’ll see products and tools that are especially innovative this year, or ones that are more focused on necessary upgrades? That is to say, will we see more improved mousetraps, or better ways to catch mice?

Mike and Dan: There are some interesting storage and sharing solutions coming soon that might change the world. Can’t say what they are yet, but we can say they are affordable and wicked fast. But we’ve not heard much on new “game changers.” We’re betting there will be at least one.

What’s one thing that surprised you at last year’s show? Do you expect something similar to pop up this year?

Mike and Dan: It was Drones. All people could talk about during the show. But now all they can talk about is “VR/360 Video” That’s the buzz this year.

As fun as it is to explore the show floor of NAB, it can often be overwhelming. The atmosphere at a SuperMeet isn’t nearly as intense, but that’s not the biggest thing that makes your event different, is it?

Mike and Dan: The SuperMeet is a bit more intimate, for lack of a better term. It’s THE place to hang out with like-minded people, meet up with friends, make new friends, have some fun, eat some food, win some prizes, act crazy and learn a bunch. The show floor is a bit more business. SuperMeets are the ultimate Networking event. 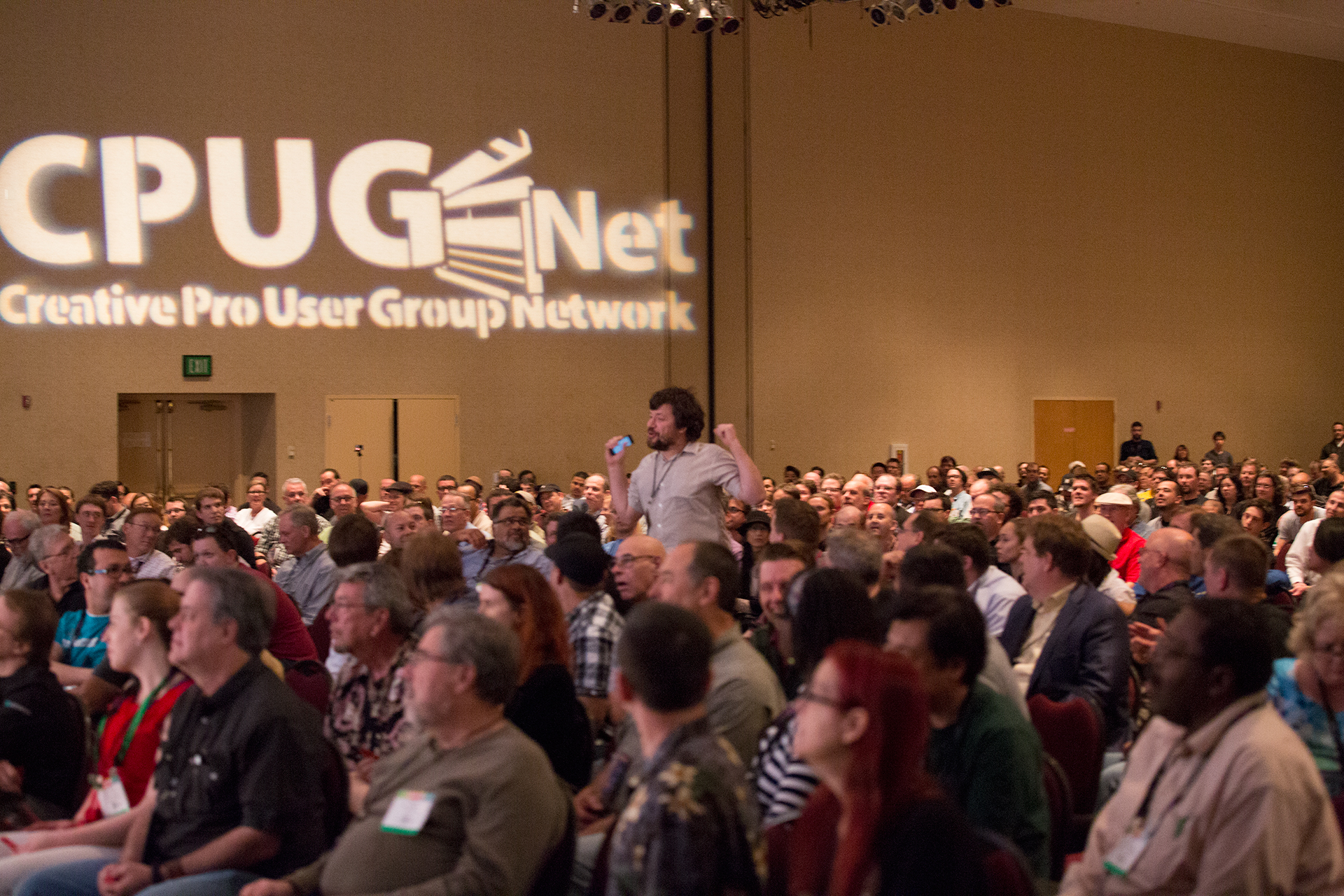 Seeing and hearing Walter Murch on-stage was the highlight for many from the most recent SuperMeet in Amsterdam. What were some of your favorite moments?

Mike and Dan: Over the years we’ve been blessed with an incredible amount of talent on stage. Amazing people and show and tells. Hard to pick one, but since you ask….

Mike: My personal favorite was back in 2009 right here at the Rio Hotel. We had editor/director Jonathan Walls of the organization, Playing for Change present. If you recall, the video “Stand By Me” created by Playing for Change was a massive sensation. We played it on the big screen and it brought the house down and almost brought Jonathan down with it, he was so overwhelmed. It was a great moment as it showed the power of good story telling. I will never forget it.

Dan: Not that I don’t have other personal favorites but yes, having Jonathan and Playing for Change on the stage was simply an amazing experience! Everyone in the theater felt an enormous electrical current of positive energy going through them – it truly was an experience that you could feel, and I’ll always remember both Mike and I standing together near the stage with happy tears in our eyes. I remember Cirina Catania saying it felt like a “revival” – it honestly felt like a church of the SuperMeet! Everyone in that theater felt like we could all achieve something together.

The agenda has been set for this year’s event, which is happening on April 19th and taking place at the Rio Hotel. You’ve already touched on how VR is all the rage this year, so how excited are you to feature so much content and so many speakers who are focused on this technology?

Mike and Dan: Very excited. The whole idea here is to educate each other on this 360 Video stuff. Honestly, no one really knows what he or she is doing. Well, they do, but let’s face it – we are making a lot of this stuff up as we go along. At the SuperMeet, it is our hope you will go away with at least a little bit of what you need to know to go out and tell your compelling VR story

Do you see VR technology as something that content creators of all sizes and types need to learn about and understand?

Mike and Dan: Sure do. Look at all the content there is out there so far. Have you seen the 360 Video stuff up on Youtube? NY Times? Vice? Countless other places including ESPN and Network TV? There is tons of it out there. 99% is crap, but there is an enormous amount. It’s only a matter of time before you are asked to join the party. Better do something about it now. 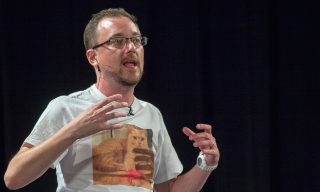 Al Mooney is set to talk all things Premiere, but he’s going to sneak some cat talk into the presentation, isn’t he?

Mike and Dan: That is the rumor and we’ve heard the same. This year we are getting Al his own stylist. This should help those in the audience who have complained of his fashion choices in the past.

What will attendees be able to get from companies like Atomos, Red Giant and Wipster at the SuperMeet that they can’t or won’t get on the show floor of NAB?

Mike and Dan: The chance to talk to them in a more intimate setting. It’s not easy to get the attention you want on the show floor. Well, maybe on Thursday, but it’s kind of nice to talk and hold a drink and munch on a meatball while learning something. You can do that at a SuperMeet. 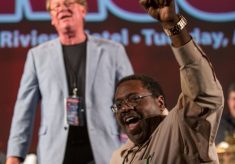 What would you tell someone who is going to be in Vegas for NAB, but isn’t sure whether or not they can or should make it over to the SuperMeet?

Mike and Dan: Ask a friend who has been to a SuperMeet before. See what they say. Chances are they will say what we say. You ain’t never been to a show like the SuperMeet, so just go.

PVC readers can save $5.00 off General Admission price by using this link: