High Dynamic Range is one of the essential elements of Technicolor’s presence at NAB 2016, but the company, that just received a “Star of Recognition” from the Hollywood Chamber of Commerce for its historic contributions to film and television, will also share its experience with Virtual Reality and other technologies, through a series of events during the show.

Last January, at the CES 2016, Technicolor announced a series of initiatives that accelerate the broad availability of high dynamic range (HDR) and other next generation entertainment experiences.  Technicolor’s presence in the show illustrated the importance of harnessing open innovation and industry-wide collaboration to bring the most exciting and immersive experiences to market, while protecting existing investments consumers have made in devices and customer premises equipment.

Technicolor unveiled then a strategic initiative with LG Electronics to collaborate on delivering new content experiences to the home that meet the new UHD Alliance content and display specifications and push the boundaries of video imaging. Early elements of the expanded Technicolor-LG collaboration were on display for the first time at CES 2016.

At the same time Technicolor announced an agreement with Philips to merge their ongoing delivery roadmaps for HDR solutions, including content creation tools, encoding and decoding software and implementation support.  As a result of this collaboration, Technicolor and Philips will offer a unique, best-in-class proposition to the market that allows HDR delivery, with full backwards compatibility to Standard Dynamic Range displays. This will simplify HDR deployments for distributors who will be able to send one signal to all of their customers, regardless of which TV they have. Their networks will be future proof as consumers upgrade to HDR displays over the next few years.

Technicolor revealed that leading TV and Set-Top Box (STB) System-on-Chip (SoC) manufacturers are integrating Technicolor’s HDR Decoder technology into their offerings. The SoC companies include: Marvell, MSTAR, Sigma and STMicroelectronics. The adoption of Technicolor’s technology by SoC makers, who represent the lion’s share of the market, paves the way for consumer electronics manufacturers to integrate Technicolor’s suite of HDR enhancement technologies, into their 2016 devices.  It will allow consumers to access the wave of next-generation content that will become available starting this year.

According to the information provided then by both Technicolor and Philips, early results of the solutions implemented will be shown at NAB 2016, followed by commercial deployments on silicon in late 2016. At NAB 2016, Technicolor’s Kirk Barker, Senior Vice President, Emerging Products, Technology Division,  will speak about the challenges linked to the distribution of HDR content to the home on a session scheduled for Monday, April 18th, between 11:30am – 12:00pm.

HDR is not the only area where Technicolor is very active. On the same day there will be a session under the title Technicolor’s Immersive Experiences Vision, offering insights from industry leaders on where are we today and where will we be tomorrow. At Technicolor, when it comes to VR and AR the train is already leaving the station, states the company, adding that “all businesses at Technicolor are actively working with our partners on pioneering solutions and content.” The conference, on  Monday, April 18th, between 11am-11:30am will be a unique opportunity to hear the latest real-world insights on the trends and key success factors in creating and delivering content.

Two other sessions to attend are Behind the Scenes of the Guardian’s 6×9 and Goosebumps and Beyond, on April 19th and 20th at 11am-11:30am, respectively. On the first Chief Creative Officer Angus Kneale takes you behind the scenes of the Guardian’s solitary confinement experience 6×9.  The Guardian is a Pulitzer Prize winning global news and media outlet and collaborated with VFX and content creation studio The Mill to build a virtual cell in CGI to bring the experience of those in solitary confinement to life through virtual reality and to tell their harrowing stories. The second session has MPC VR’s Executive Producer Tim Dillon discussing lessons learned and new approaches from their latest VR projects, including Sony Picture’s Goosebumps VR experience and more. 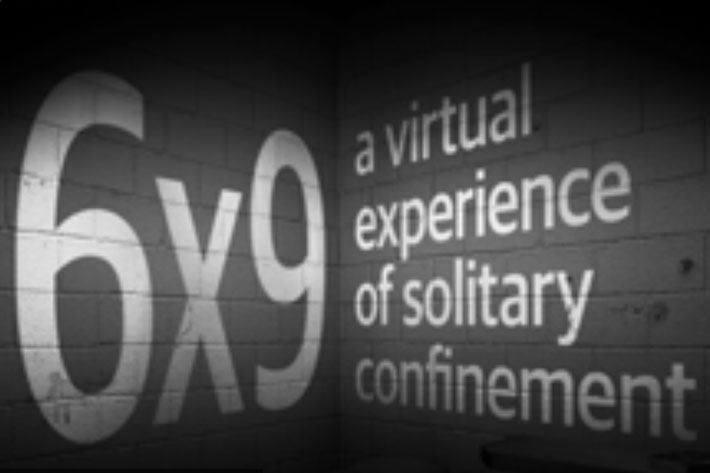 Technicolor is a sponsor of the Virtual & Augmented Reality Pavilion at NAB 2016. Located on the North Hall of the Convention Center in Las Vegas, the area, where some twenty companies will be present, will allow visitors to “see how the world, as we know it, is changing.  Get your hands on the latest augmented and virtual reality equipment and software. This new medium is impacting all aspects of filmmaking, storytelling, cameras, lighting, sound, production, special effects (VFX), editing, distribution, coding and consumption. The AR VR Pavilion features the leading content producers and tech companies building the future and changing the way we consume information. The future is here and happening now. See it for yourself.”

Preparing for the future, Technicolor announced recently that acclaimed sound designer and feature film supervising sound editor Scott Gershin has joined Technicolor as Director of Sound Editorial. Gershin will lead the company’s expansion into sound design for gaming and immersive experiences and will also continue to design and supervise sound for films.

Gershin and his team of eight sound designers are establishing a new department within Technicolor that will meld technology with storytelling to create quality branded soundscape experiences for video games, virtual reality projects, theme parks, art installations and beyond.

“Technicolor is making significant commitments to the growth of our gaming and immersive experiences capabilities. Since sound is a major element of storytelling and entertainment in these emerging mediums, it will play a critical role in our growth in this exciting sector,” said Tim Sarnoff, Technicolor Deputy CEO and President of Production Services.

Gershin has worked on over 100 films and received 26 industry nominations, including a BAFTA Award for his work on American Beauty, Guillermo del Toro’s Pacific Rim and Dan Gilroy’s Nightcrawler. He brings theatrical sound quality standards to bear on a wide range of consumer experiences ‐ from apps and software, to blockbuster gaming titles like Resident Evil, Plants vs. Zombies, Gears of Wars, Fable, and most recently id Sofware’s Doom.

With games, VR and cinema all being part of the immersive experiences these days, it makes complete sense to have someone with the knowledge Gershin has in the team. “I love technology, I love telling stories through sound, and I want to be the first kid on the block with the new toys, which is why I’m thrilled to be joining Technicolor,” stated Gershin.

Scott Gershin’s arrives at Technicolor at the right moment, as  Technicolor’s R&I Team will present during NAB 2016 a session, on Thursday, April 21st / 11am-11:30am dedicated to social interaction and embodiment in VR storytelling. This is an exploration with leading gaming and filmmaking experts on how users are represented inside VR environments and how users see each other and interact. 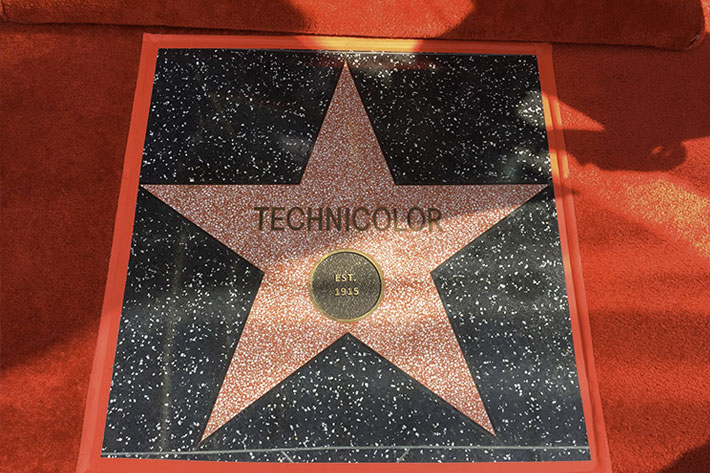 So, it’s with an eye on the future that Technicolor goes to NAB 2016. As Frederic Rose, Technicolor CEO, said at the “Star of Recognition” ceremony, “Technicolor has been an integral part of the Hollywood film and television landscape from the very beginning. We have been at the forefront of creative and technological innovations that have wowed filmmakers and audiences alike. We are honored to be recognized by the Hollywood Chamber of Commerce for our role in shaping Hollywood.”

Founded in 1915, Technicolor relocated to Hollywood in the early 1920’s and has provided post-production services on thousands of films around the world, allowing filmmakers to push the boundaries of picture and sound technologies.  Establishing an Oscar winning tradition that goes back to the early 1930’s, when the company won the first of 24 citations from the Academy of Motion Picture Arts and Sciences for Scientific and Technical Achievement, they continue to contribute to and be honored for their work including The Mill’s Oscar for Achievement in Visual Effects for Gladiator, MPC’s Oscar for Achievement in Visual Effects for Life of Pi, Technicolor Sound’s Oscar for Achievement in Sound Mixing for Whiplash, to this year’s Oscar-winning picture The Revenant, which marked the fifth straight Best Cinematography Oscar winner Technicolor has color finished.

In the end, it is all about story telling. For one hundred years, Technicolor has empowered storytellers to bring their unique visions to life. They continue to reinvent themselves with creative talent and acclaimed experts who develop standard-setting technologies, create awe-inspiring moments and deliver compelling entertainment experiences.  Now with a portfolio of creative brands and as the industry’s leading visual effects provider, the company is an active participant in the global surge of immersive entertainment for new generations of storytellers.