Atomos confirmed that its new production monitor, Sumo, will enter mass-production mid-July. A limited release of the 19 inch monitor is already available, adds the company. 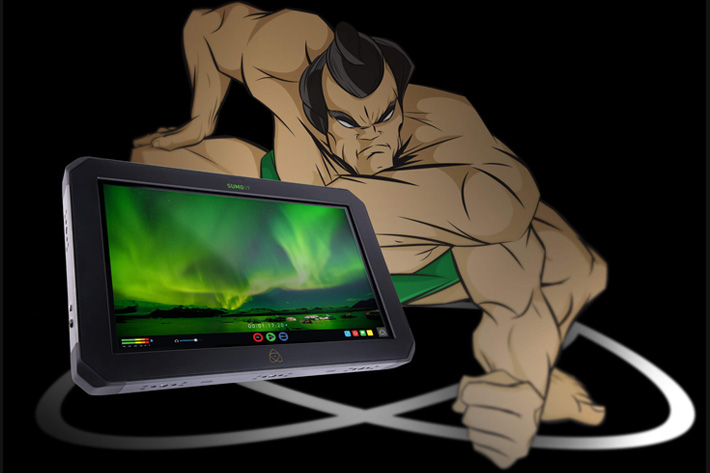 Announced last April and on display at NAB 2017, the Sumo 19 inch monitor recorder was also present at Cine Gear Expo, where Atomos showed working prototypes of the monitor. Introduced as a brand new category of devices and, according to Atomos, “shaping up to be one of the most in-demand products of 2017”, one that will redefine the workflow options for video creatives, its first production/studio monitor to combine a 19” HDR 1200nit 10+ stop panel with 4K 12bit Raw or 10bit 422 ProRes/DNxHR recording and HD recording up to 240p or live switching and recording of four 1080p60 channels.

Adding HDR and 1200nit brightness to a 19” monitor at an MSRP of $2,495 is an amazing feat itself, according to Atomos, but, continues the company, “the addition of recording, switching and playback is a true revolution, completely redefining how production monitors will be used on set and in studio. It gives clients and crew on set instant access to review recorded content in HDR quality and doubles as a grading and editing monitor for laptops in the field. The live switching and recording is another dimension again adding the flexibility to live switch between four 1080/60p channels, record 4 x ISO channels and mix a live record complete with cueing, cross fade and hard cuts.” 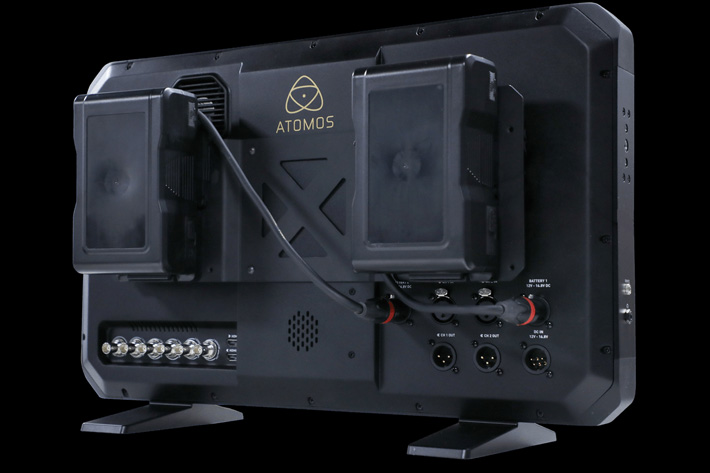 The monitor offers on-set HDR monitoring with AtomHDR tools including Log to HDR and PQ/HLG live conversion and playout. It also has the full range of Atomos exposure and focus assist tools and LUT capabilities. Additionally, it can record 4K from most RAW-output-capable cinema cameras, as well as a wide range of 4K, UHD, 2K and HD video signals. After release, adds Atomos, “it will gain the ability to live switch between four separate HD inputs and record ISOs for each” through a free firmware update.

When it comes to connections, Sumo is also equipped with the latest dual 12G SDI inputs, which alongside the quad 3G SDI inputs, give the monitor practically every SDI input choice a user might want. The information provided by Atomos confirms that  the production version of the Sumo 19 is very similar to the beta units that were on display at NAB, Cine Gear Expo and other trade shows, with some cosmetic differences, an additional fan on the rear and a better-optimized screen.