Atomos has come out the NAB 2017 gate with the appropriately named Atomos Sumo. The Sumo is a larger 19″ Monitor-Recorder delivering 4K HDR in 12bit raw or 10bit ProRes/DNxHR codecs. The monitor – recorder also features 1080 60p live switching and recording and a 1200nit bright screen suitable for monitoring in bright sunlight 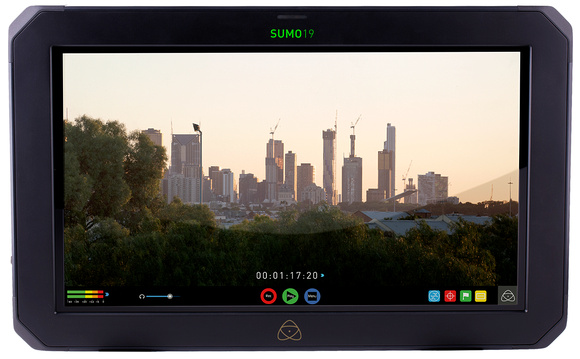 Atomos has broken open the workflow options for video professionals by creating the first production/studio monitor to combine a 19” HDR 1200nit 10+ stop panel with 4K 12bit raw or 10bit 422 ProRes/DNxHR recording and HD recording up to 240p or live switching and recording of four 1080p60 channels. Adding HDR and 1200nit brightness to a 19” monitor at an MSRP of $2,495 is cool enough on its own, but the addition of recording, switching and playback is a pretty big plus. The Atomos Sumo may have the ability to redefine how production monitors will be used on set and in the studio. It gives clients and crew on set instant access to review recorded content in HDR quality and doubles as a grading and editing monitor for laptops in the field.

The live switching and recording is another dimension again adding the flexibility to live switch between four 1080/60p channels, record 4 x ISO channels and mix a live record complete with cueing, crossfade and hard cuts. In the field & the studio Sumo’s 19” 1920×1080 10-bit LCD panel is driven by the AtomHDR engine which precisely maps the Log/PQ/HLG from popular cameras, game consoles or TV makers to perfectly resolve 10+ stops of HDR in real time. The brightness range and vivid colors of HDR bring scenes to life either on the monitor itself or when output to larger HDR/Rec709 displays for on set review. The Atomos Sumo can also be used with popular NLE or grading suites for affordable HDR or SDR editing or grading in the studio. 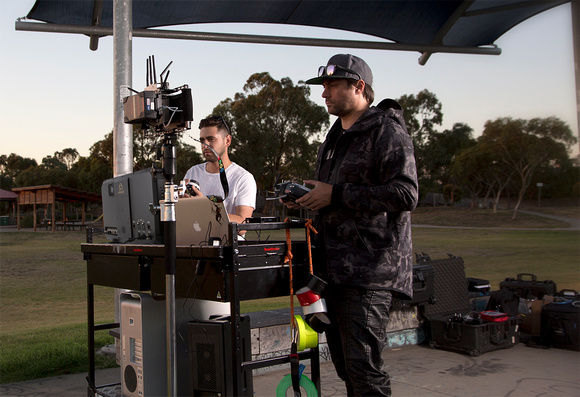 Let’s talk about raw recording for a bit. The Atomos Sumo can record 12-bit Raw, 10-bit ProRes/DNxHR up to 4Kp60. Capture the raw output from Sony FS5/FS7/FS700, Canon C300MKII/ C500 or Panasonic Varicam LT over SDI up to 12-bit 4Kp30 as CDNG or 10-bit Apple ProRes / Avid DNxHR up to 4Kp60 / 2Kp240 depending on the camera’s capability. The processing power of Sumo can preserve pristine quality direct from the sensor with data rates of up to 3.2 Gbps. Record directly to high capacity and widely available 2.5″ SSD’s that provide an affordable solution for long recording times. 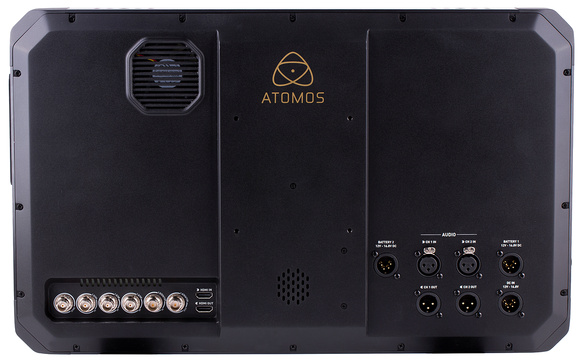 Balanced XLR Monitor & Record with 48V Phantom 2 Eliminate the need for a separate audio recorder by using the full-size XLR connections to connect and power external microphones for balanced analog audio with dedicated meters and adjustments for frame delay and gain. 48V phantom mics or line level audio are all seamlessly synchronized for the most advanced audio feature set in a monitor today. There is also a 3.5mm stereo headphone jack and built-in speakers for on set instant immersive review or complete internal recording review anytime anywhere with clients or production team.

High Bright 1200nit 19” calibrated 1920×1080 monitor The extremely bright 1200nit display means you can accurately monitor, even when outside in daylight. Additionally, for the ultimate isolated viewing performance, an optional hood is available which I hope it is not needed that often. Sumo also has calibration to compensate for the natural color and brightness drift that monitors exhibit over time. Sumo’s calibration input lets you use X-Rite’s i1DisplayPro to always ensure accurate HDR and Rec709 monitoring.

Quad SDI & HDMI 2.0 in/out Seamlessly connect any SDI or HDMI device and convert between HDMI 2.0 & 3G QuadLink/6G/12G SDI in any combination. Quad SDI inputs connect cameras with multiple 1.5 or 3G SDI outputs without the need for converters. HDMI 2.0 supports up to 4Kp60 input/output along with the very latest Atomos open protocol that supports HDR automation including importing of camera settings. There is also support for Genlock and LTC timecode.

Rugged construction and mounting options The Aluminium alloy chassis with built-in armor houses ten mounting points around the bezel/top/bottom/side, a rear panel VESA mount and an included stand for a variety of mounting configurations. The optional mounting plates connect 2 x V-Lock / Anton Bauer batteries which in tandem with our patent-pending continuous power system allows batteries to be hot swapped to ensure you’re never without power in the field. The Sumo delivers all of this connectivity while still maintaining a total weight of 6.2kg (13.7lb). The 19” Atomos Sumo will launch in Q3 2017 for an MSRP US$2,495 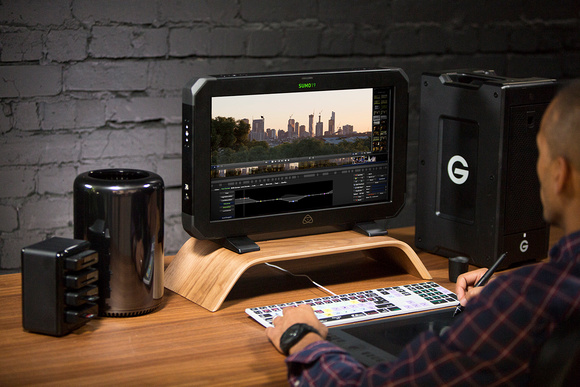