The firmware updates enabling the much-anticipated Atomos Ninja V and Panasonic LUMIX S1H RAW over HDMI combination have unfortunately been slightly delayed from the original 25th May release schedule, to ensure the highest possible level of RAW recording.

An unforeseen technical issue has come to light in the final rounds of beta testing that needs rectification prior to shipping. The companies are working together to complete the development as soon as possible. We apologize to our mutual customers waiting for the functions this release
enables. 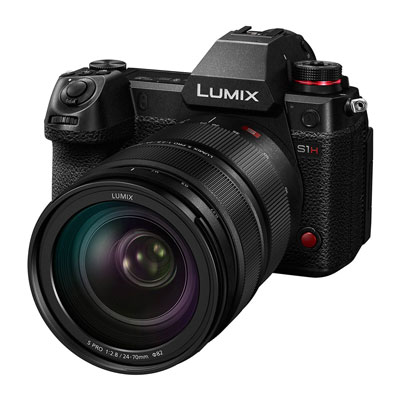 Please note that Panasonic will be releasing Ver 2.0 firmware on May 25th with various improvements to camera functions, however will not include the planned RAW HDMI output feature. Atomos will release its Ninja V AtomOS for LUMIX S1H HDMI RAW in-line with Panasonic’s RAW output firmware.

When it is released, the Atomos Ninja V will capture highly detailed 12-bit RAW files from the LUMIX S1H over HDMI at up to 5.9Kp29.97 in Full-frame, or DCI 4Kp59.94 in Super35. These unprocessed files are extremely clean, preserving the maximum dynamic range, color accuracy, and every detail from the LUMIX S1H. The resulting ProRes RAW files allow for greater creativity in post-production with perfect skin tones and easily matched colors, ideal for both HDR and SDR (Rec.709) workflows.