The famous Atomos NAB Raffle is back again, only this time it happens online. The online prize draw runs over the course of NAB, and through until 2nd May, 2020. Participate to win! 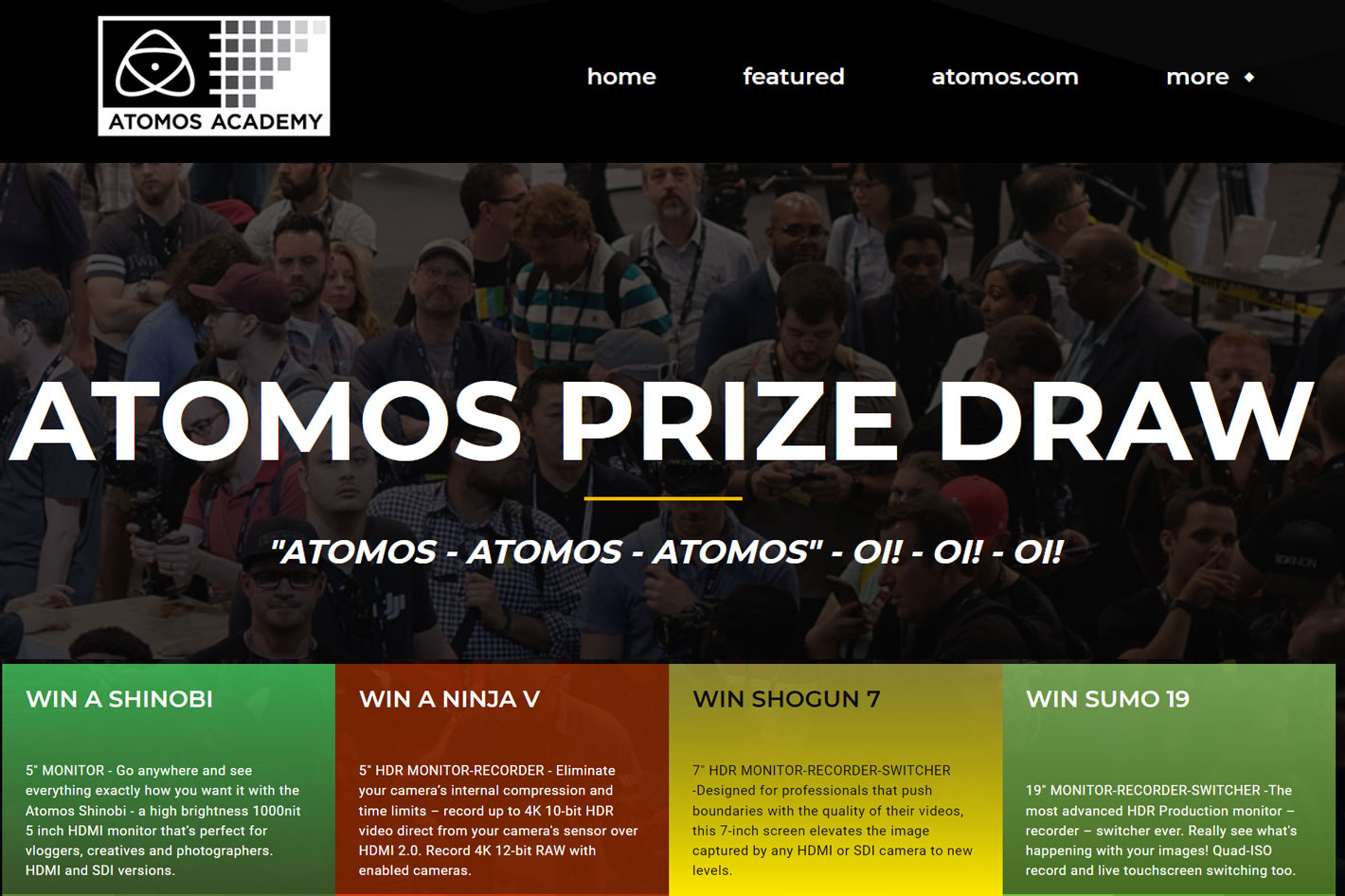 NAB 2020 may be canceled, but tradition must go on, so Atomos decided to keep its traditional prize draw alive, making it virtual, launched in conjunction with the Atomos Academy.

Win a Shinobi! Win a Ninja V! Win a Shogun 7! Win a Sumo 19! Win! That’s what Atomos invites you to try, participating in the ATOMOS ATOMOS ATOMOS NAB Raffle, which has now moved online. Announcing the prize draw, the company said “You can’t come to us – so we’re coming to you” and with the “the NAB show in Las Vegas sadly canceled due to Covid-19”, the company decided to bring its “legendary ATOMOS NAB prize draw to you online.”

The ATOMOS NAB 2020 online prize draw has been launched in conjunction with the company’s newly announced two-week Atomos Academy which offers free webinars and classes from leading cinematographers, creators and educators, as well as news and demonstrations of all the latest Atomos gear.  The Atomos Academy is a brand-new destination, and Atomos’  way of bringing the community together –something that, without NAB, is more important than ever – as the company normally would at the Atomos booth. 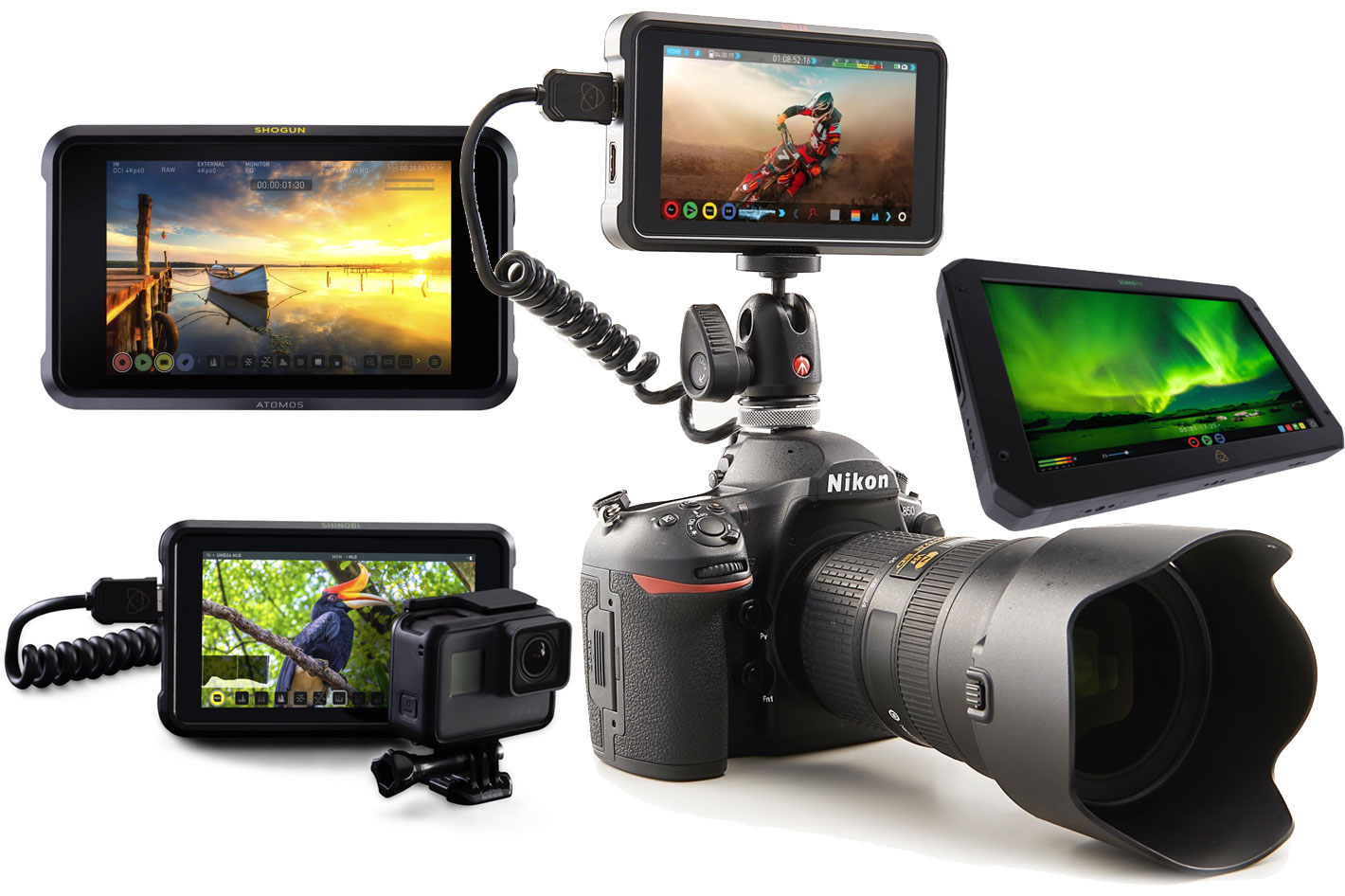 The Atomos Academy offers a fortnight of new daily events thst bring you industry figures like Phillip Bloom, Alister Chapman, Rodney Charters, Elle Schneider, Photo Joseph, Agne Harris, Lok Cheung, Krzysztof Sieniawski, Brett Danton, Jim Marks, Alan Stockdale, Mike Steidley, Ben Cherry, Jem Schofield and more. They’ll be talking about what they do and how they do it, plus guiding you through the kit and techniques they use.

Jeromy Young, CEO of Atomos, said: “We’re happy to bring our friends together at this difficult time. Even though so many of us are in lockdown, there’s lots to share. I can’t wait to show what we’ve been up to and tell you about the growing of the Atomos ecosystem with ProRes and ProRes RAW. We all miss NAB but hope we can meet again soon!”

The invitation from the company is clear: a lot of people have great cameras and time on their hands –so sit back, dust off the SDI or HDMI camera you have, and make some creative magic with Atomos! With so much of the world stuck indoors right now, one key focus will be on how users can get set up for live switching and streaming.

Bringing the community together

With the celebration of its 10th anniversary, the Lockdown Safari challenge, the announcement regarding ProRes, the LOCK DOWN-PRICE DOWN campaign and the Atomos Academy one has to admit Atomos is keeping busy. The addition of the ATOMOS ATOMOS ATOMOS NAB Raffle is one more example that not even physical distancing can stop the community from being together. The decision to keep the ATOMOS NAB 2020  raffle was also part of the plan and Atomos said that “hosting a draw as we would if we were in Vegas is our way of bringing our amazing community together.”

Jeromy Young, CEO of Atomos, said: “We are excited that we can still bring our lively Atomos raffle to our customers, followers and friends through our online platform. We are thrilled that we can support our loyal Atomos community by ensuring that no one misses out on our infamous daily tradeshow prize draw and we can still bring a smile to the winners’ faces, virtually”.

The daily prize draws of the ATOMOS NAB 2020 ends on 2nd May 2020. Entrants have the chance to win top prizes that they could  have won on the show floor, including the Ninja V, Shogun 7 and Sumo 19 HDR monitor-recorders. To register for your place in our prize draw, simply enter via the Atomos Academy website, register for the draw and like or follow Atomos on your preferred social platform for your chance to win daily prizes during the raffle period. If you want to know more information about the different prizes available just follow the links from the ATOMOS NAB 2020 raffle page.