Atomos are more committed than ever to help the filmmakers and creators, so the company has announced a promotion that brings perfect video into reach of more users than ever. 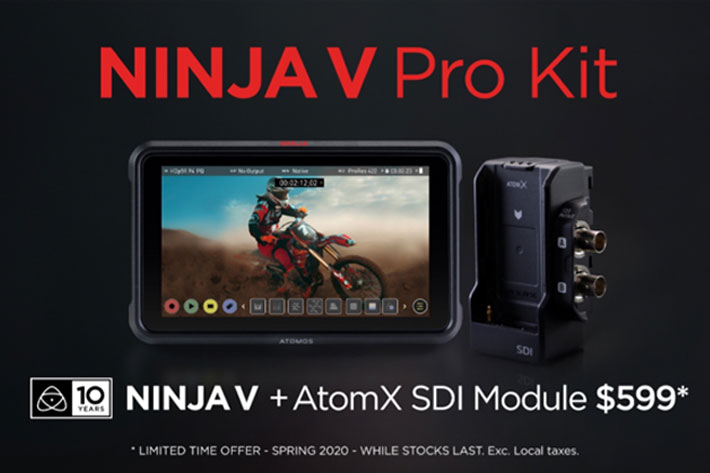 Atomos continues to celebrate its 10th anniversary with yet another promotion: get the monitor-recorder Ninja V for $499  and the Ninja V Pro kit for only $599.

With much of the world in lockdown Atomos are more committed than ever to its awesome community of filmmakers and creators. To help them stay creative wherever they me be Atomos are giving the opportunity to get what the company considers to be the best 5” monitor-recorder in the world at the best possible price with the Ninja V “Lock-Down Price-Down” promotion. 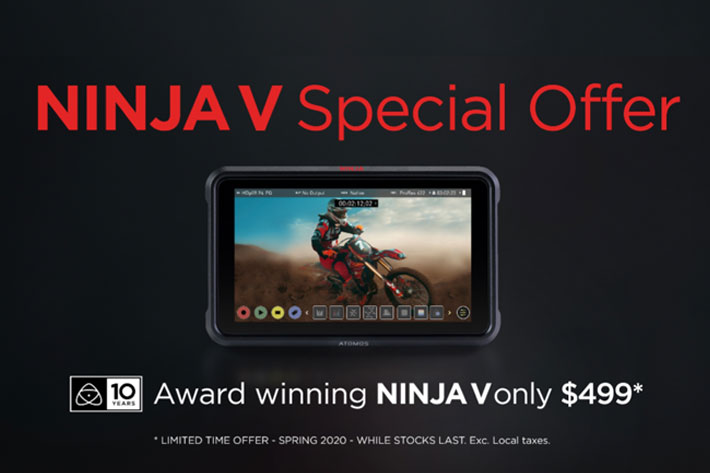 This new effort is part of the company’s 10-year anniversary, which Atomos started celebrating launched a special offer on its popular Shogun 7 monitor-recorder-switcher, allowing customers to choose between two complimentary gift options. The company also launched a challenge, inviting filmmakers to go on safari at home and win a Shogun 7 HDR monitor-recorder. Now the company launches the “Lock-Down Price-Down” promotion, slashing the prices for its monitor-recorder Ninja V. 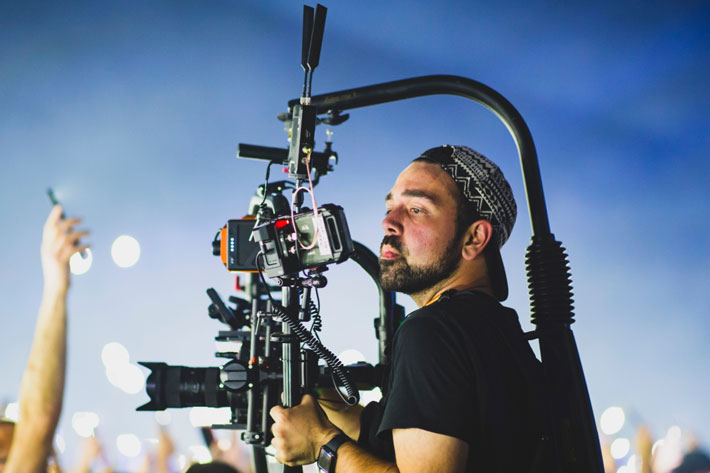 This new time-limited promotion will combine with a series of exciting new RAW announcements from Atomos over the coming days, plus the recent AtomOS 10.3 update, to make Ninja V a more compelling option than ever.

Whether filming a vlog, a home cooking video, fitness class, close-ups of your garden wildlife, a documentary, or a corporate event, the Ninja V is the perfect way to monitor and record your footage from almost any camera. Record amazing Apple ProRes RAW with the Nikon Z6/Z7 and soon the Panasonic LUMIX S1H and others. Record industry standard Apple ProRes or AVID DNx files from mirrorless or DSLR cameras with HDMI. Add the useful AtomX SDI module and users can record and play back from any SDI source, including professional camcorders, cinema cameras, switchers and more. 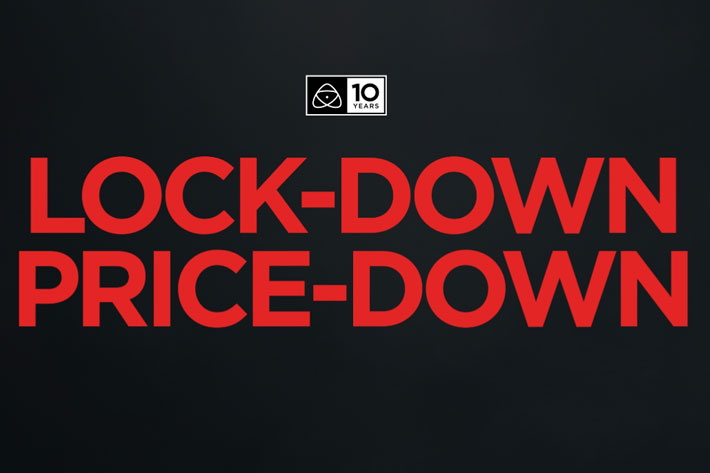 The Ninja V’s intuitive touchscreen user interface and amazing 1000nit high brightness HDR screen allow users to see exactly what they are doing and accurately expose to deliver the best possible results. Combine this complete feature set with the ‘Lock-Down Price-Down’ promotional pricing and its unbeatable.

Users can get the ‘Lock-Down Price-Down’ pricing on the standard Ninja V for $499, or the Ninja V Pro Kit which includes the monitor-recorder and the AtomX SDI module for just $599.

For a deep dive into the capabilities of the Ninja V users can also head to the new www.atomosacademy.com, which starts on the April 21st and will be packed with free creative classes and product demos. The aim is to bring the Atomos creative community together – something that, with the NAB show being cancelled, is more important than ever.