The dream of ultra-high-resolution RAW video from a full-frame mirrorless camera is now a reality, says Atomos, announcing updates to the Ninja V HDR monitor-recorder and Panasonic LUMIX S1H. 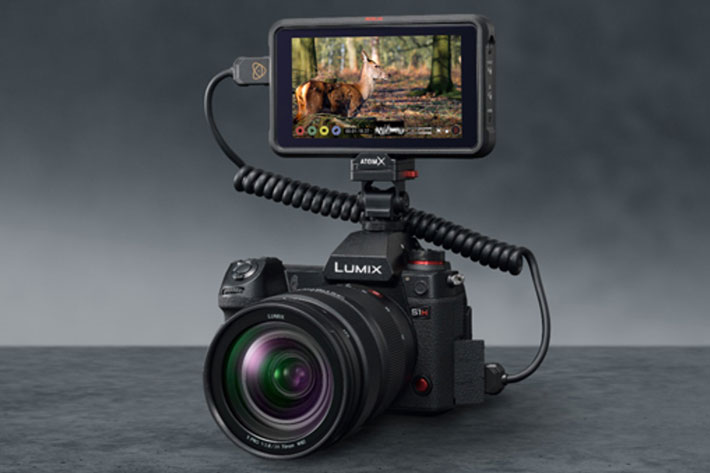 Atomos and Panasonic have announced updates to the  Ninja V HDR monitor-recorder and Panasonic LUMIX S1H that together record 5.9K Apple ProRes RAW files direct from the camera’s sensor.

The highest quality video images ever seen from a mirrorless camera, tha’ts what the two companies, Atomos and Panasonic, promise users of both the award-winning Ninja V HDR monitor-recorder and Panasonic LUMIX S1H will get, thanks to the new update now announced.

Jeromy Young, CEO of Atomos, said: “We are excited about what the combination of the Ninja V and the LUMIX S1H gives to our users. Providing the choice to record 10-bit ProRes video for fast turnaround projects, or stunning full-frame 5.9K 12-bit ProRes RAW for more creative flexibility. It becomes an extraordinary workhorse – especially for delivering the best HDR possible.”

Jeromy Young, CEO of Atomos, said: “We are excited about what the combination of the Ninja V and the LUMIX S1H gives to our users. Providing the choice to record 10-bit ProRes video for fast turnaround projects, or stunning full-frame 5.9K 12-bit ProRes RAW for more creative flexibility. It becomes an extraordinary workhorse – especially for delivering the best HDR possible.”

The Ninja V captures highly detailed 12-bit RAW files from the S1H over HDMI at up to 5.9K/29.97p in Full-frame, or 4K/59.94p in Super35. These unprocessed files are extremely clean, preserving the maximum dynamic range, color accuracy and every detail from the S1H. The resulting ProRes RAW files allow for greater creativity in post-production with perfect skin tones and easily matched colors, ideal for both HDR and SDR (Rec.709) workflows.

More and more cinematographers are now choosing to shoot with anamorphic lenses and the Ninja V and S1H combination caters to them with the new 3.5K Super35 Anamorphic 4:3 RAW mode. An even bigger world of cinematic opportunities opens up as the Ninja V and S1H can now be used as an A-camera or smaller B-camera on an anamorphic RAW production. 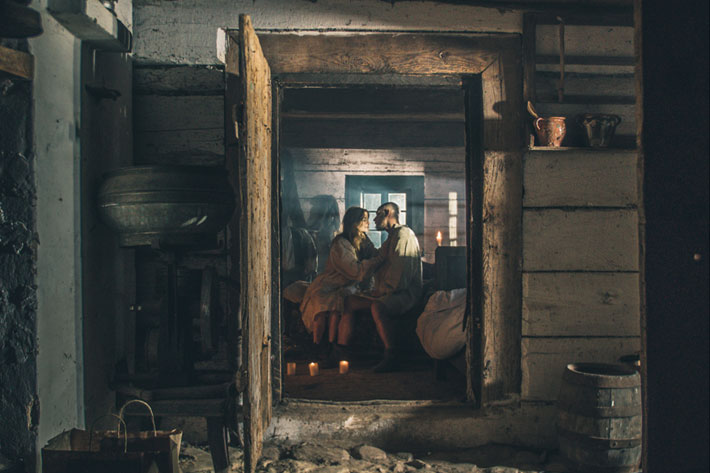 Free updates arrive in May

Each frame recorded in ProRes RAW has metadata supplied by the S1H. Apple’s Final Cut Pro X and other NLEs will automatically recognise ProRes RAW files as coming from the S1H and set them up for editing and display in either SDR or HDR projects automatically. Additional information will also allow other software to perform extensive parameter adjustments.

Ninja V and S1H owners will gain these new RAW features free of charge. The Ninja V will be able to update by downloading and installing AtomOS 10.5 from the Atomos website. Panasonic will release a free firmware update on their LUMIX Global Customer Support website. Both updates will be available on 25 May, 2020.

The combination of S1H and Ninja V has unique advantages that other systems cannot match, says Atomos. Panasonic’s years of experience in mirrorless camera design give the camera a state-of-the-art image stabilised sensor with dual Native ISO technology, superior ergonomics, electronic viewfinder, good battery life, audio options and multiple lens options thanks to the versatile L-mount. Combined with the Ninja V, the camera is perfectly suited to handheld, shoulder-mounted, gimbal, Steadicam, in-vehicle or even underwater setups.

The Ninja V allows users to accurately monitor the RAW signal on its daylight-viewable 5” 1000nit brightness HDR screen. Setup is simple when the camera is attached with perfectly tuned color settings applied automatically. Users can then view the RAW image accurately in HDR in a choice of HLG and PQ (HDR10) formats. The Ninja V offers touchscreen access to tools like waveforms, 1-1 magnification and focus peaking, allowing them to perfect their RAW video. The Ninja V then records the ProRes RAW data onto a removable AtomX SSDmini or other SSD drive. When shooting is complete the drive is removed and connected to a computer via USB for immediate offload and editing. 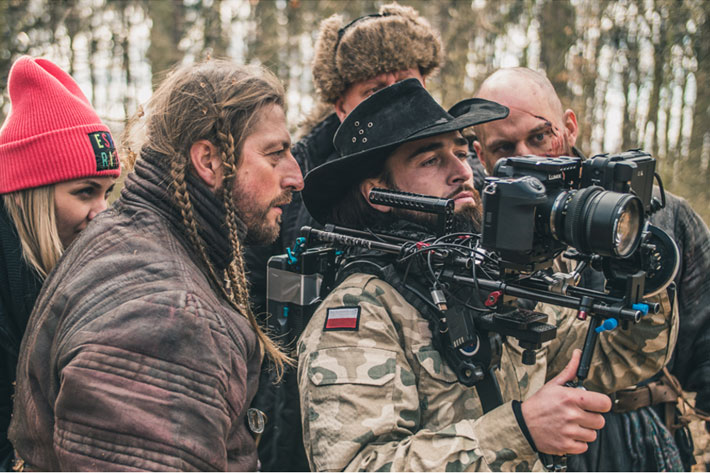 In addition to their groundbreaking combination of flexibility and performance, Apple ProRes RAW files are smaller than other RAW files – simplifying and accelerating file transfer, media management, and archiving. Even with the new higher 5.9K resolution, ProRes RAW files from the S1H can easily be edited on most modern Macs. ProRes RAW is fully supported in Final Cut Pro X along with a collection of other apps including ASSIMILATE SCRATCH, Colorfront, FilmLight Baselight, and Grass Valley Edius. Adobe Premiere Pro and Avid Media Composer are also set to support ProRes RAW in 2020. 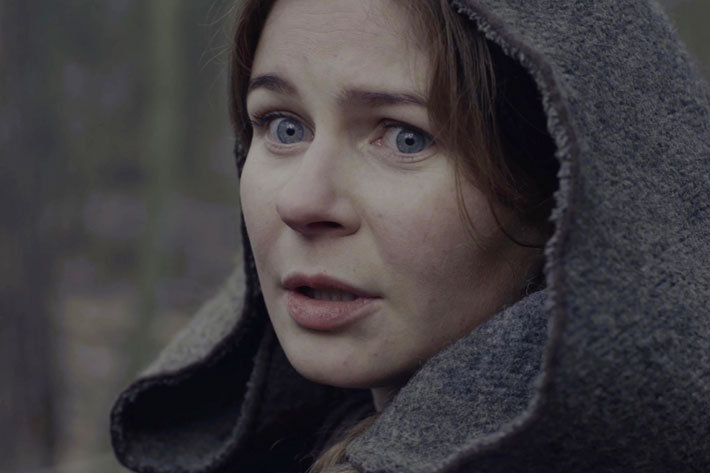 The example of “Blind Love”

Polish director of photography Krzysztof Sieniawski – whose latest feature-length historical docudrama recently premiered on the History Channel and was made for just $120,000 – has shot a fast-moving drama to showcase the capabilities of the S1H and Ninja V. “Blind Love” was shot in just one day by his small team of indie filmmakers. Filmed entirely in 5.9K ProRes RAW, using one camera in basic handheld and gimbal setups, it demonstrates the amazing results that talented creators can deliver to screen without a Hollywood budget using this setup.

Sieniawski said: “I loved working with the S1H and Ninja; it really suits our style of fast-paced filmmaking. But it was the image quality that blew me away. I was super impressed by the colors and the latitude the 5.9K ProRes RAW files gave me in post. The image is clean even when shooting at high ISO in RAW, unlike other systems I have tried. I’m looking forward to using it on a feature-length production in the near future.”

You can buy the S1H and the Ninja V on Filmtools!