The Panasonic GH5S was designed to offer all the essential features inside its body, but if you need accurate monitoring of the image or external recording, the Atomos Ninja Inferno is a viable companion. 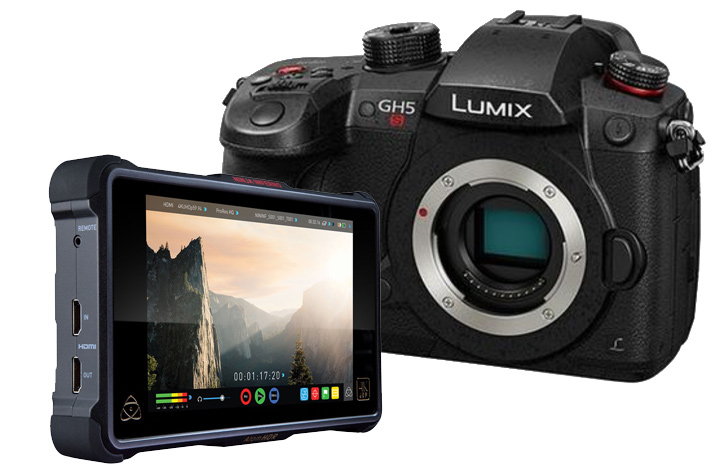 The combination of the new LUMIX GH5S with the Atomos Ninja Inferno 4K monitor / recorder offers multiple shooting solutions, expanding what is possible to do with the new video-centric camera from Panasonic.

Let’s make it clear: the Panasonic Lumix GH5S (or GH5s, if you prefer) is designed to offer everything you need inside the body, and it even offers you a large high-resolution rear monitor, to control it all. The 3.2-inch LCD monitor (1,620k-dot approx.) provides a crisp live view and high visibility even in sunny shooting conditions. It adopts RGBW (Red, Green, Blue, White) pixel structure to feature even higher visibility in bright sun, and offers tilt/swiwel capability, so you can change perspective while operating the controls on the camera. 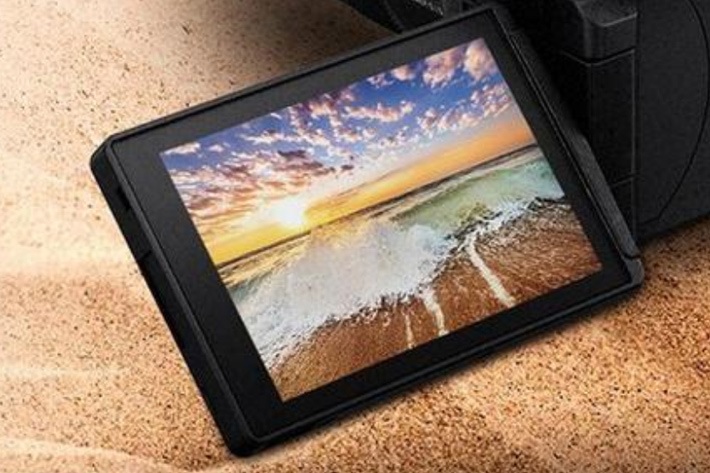 The monitor has Touch Focus control to allow instant focus by simply touching the subject on the screen. Plus, with Touch Shutter control you can point your finger at where you want the focus to be and it will release the shutter automatically. Two SD cards will keep your data protected inside the camera, allowing you to capture, says Panasonic, 4:2:2 10-bit C4K/4K video recording without the banding so prone to 8-bit. There are times, though, when you want to send the image to an external recorder or even a monitor. The LUMIX GH5s is capable of do that, as it can simultaneously feed 4:2:2 10-bit real-time image output through its full-size HDMI port (Type A) to an external monitor or recorder (C4K/4K 4:2:2 10-bit 60p/50p video is output only).

This solutions is, according to Panasonic, suitable for professional video making that requires accurate monitoring of the imagery or high quality recording to external codec devices (such as ProRes). 400Mbps (ALL-Intra) high bitrate recording mode is also available. Panasonic even took the time to bundle a cable lock holder for the HDMI cable with the LUMIX GH5s to prevent cable disconnection problems. It’s like an invitation to explore the option.

There are different solutions available to pair with the LUMIX GH5s, but Atomos was quick to mention that its Ninja Inferno 4K monitor / recorder, able to recording up to DCI 4Kp60 10-bit 4:2:2 over HDMI 2.0 directly into production-ready Apple ProRes or Avid DNxHR on SSD drives, allows users to unleash the full capability of the camera, creating what Atomos considers to be a dream combination for low light shooting.

The times when you would avoid shooting in low light with mirrorless cameras because of excess noise are apparently a thing of the past with the new camera – thanks to the reduction in pixels, which is a solution we’ve seen elsewhere with the same benefits, so it should not come as a surprise. . Now you can get the full benefits of a wider dynamic range and punchy colours and enjoy a clean image while staying in Panasonic’s V-Log, giving you a greater ability to manipulate your image in post-production.

Atomos says that “this is all made possible with the 10-bit pipeline and data rates of up to a whopping 1880 Mbps when shooting in 4Kp60 and ProRes HQ, far in excess of the camera’s internal capabilities. This makes an incredible difference, especially at ISOs of 3200 and above.”

The combination, continues Atomos, “can also be used to shoot the HLG form of HDR at DCI 4Kp50 and 60. Additionally, it will add the correct metadata tags for display on YouTube and HDR screens. The unique AtomHDR mode on the Ninja Inferno allows for quick and easy setting of exposure when shooting Log or HLG images for HDR or regular Rec.709 shooting.

To showcase the pairing’s incredible abilities, Atomos released a video shot using a pre-production GH5S in just a few hours near one of London’s best-loved landmarks. The small team started late at night, shooting in only available light – so little of it that no regular camera would have allowed them to film. The whole project was captured in Panasonic V-Log, with the London buses rendered a deep red, and detail invisible to the naked eye clearly seen on the famous statue of Admiral Nelson. In these historic surroundings, young skateboarder Karan practises into the early hours, even in freezing conditions. 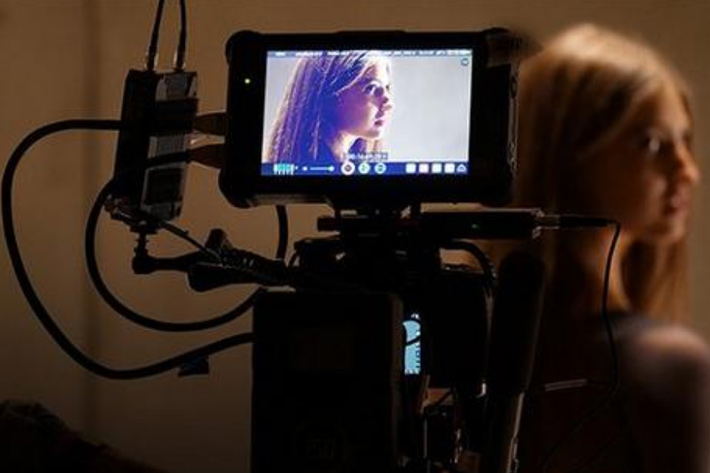 The crew shot in DCI 4Kp50 with the camera’s ISO set at either 3200 or 6400 ISO. Lenses were a Voigtlander 10.5mm f0.95, 25mm f0.95 and a Canon 70-200mm f2.8 zoom with a Metabones Speedbooster. These combinations allowed a shutter speed at 100th of a second to be achieved with good exposure at all times. AtomHDR mode was used on the monitor to assess the image and ensure that noise was suppressed, while retaining maximum levels of highlight detail.

The GH5S-Ninja Inferno pairing is easily used on a gimbal, in spaces where you haven’t got room for a full crew set-up or want to operate discreetly without attracting too many bystanders. For this shoot, the camera was mounted to the Letus Helix Junior brushless gimbal, which has the unique ability to balance the GH5S with Zacuto cage attached, and the Ninja Inferno mounted on top, giving the operator a compact shooting package with an unobstructed view of the monitor.

The 4Kp50 footage was slowed down to 25p in post and a basic grade applied using Filmconvert. An ungraded version of the film will be released shortly, so that you can judge the image quality for yourself and see what you can do with the results. We’re confident you’ll agree that this pairing is a midwinter night’s dream.

As with the older GH5, the combination of the GH5S and Ninja Inferno also has the following benefits: