Atomos celebrates a decade by giving gifts to buyers of its Shogun 7, a colour accurate 3000nit display  which is ideal as an on-camera monitor, or client/directors’ monitor. 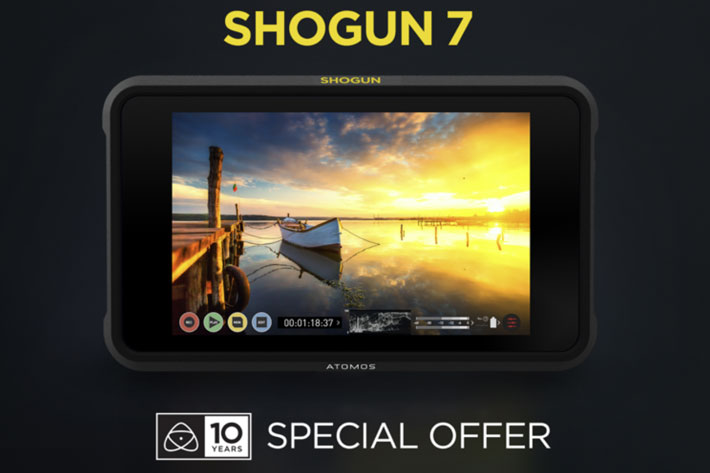 To celebrate its 10-year anniversary Atomos launched a a special offer on its popular Shogun 7 monitor-recorder-switcher, allowing customers to choose between two complimentary gift options.

Over the past decade, Atomos’ much-loved monitor-recorders have given video producers of every genre more capability to get the very best performance from their cameras and even more flexibility to use the content they’re capturing in more creative ways. Now the company wants to celeberate the date, offering says the company, “amazing promotion that you can’t afford to miss.”

For a limited time only, customers purchasing a new Shogun 7 HDR monitor-recorder-switcher can choose between two complimentary gift options. For professionals looking to upscale their workflow, there’s the option to add a Shinobi SDI five-inch HDR monitor to their order for no extra cost. Or alternatively, kit out a new Shogun 7 by opting for a free AngelBird 500GB SSD drive and Atomos sunhood bundle. 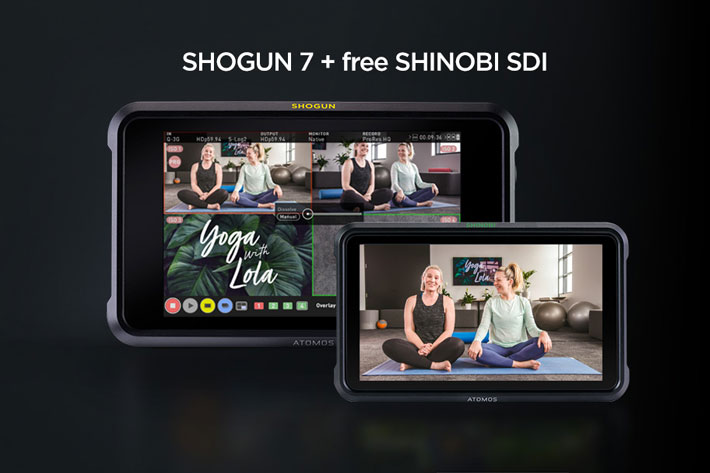 The rise of Atomos

Jeromy Young, CEO and founder of Atomos said: “The evolution of Atomos’ monitor-recorders since we first launched back in 2010 has exceeded all of our wildest expectations — from the stunning screen specification that our developers have achieved for our newest models, such as Shogun 7, to the enthusiasm with which so many corners of the video production industry have embraced the creative opportunities offered by recording in ProRes RAW. I’m immensely proud of what our engineers and developers have created and even more excited about what the next 10 years could bring.”

Shogun 7 is perhaps the best example so far of the ambitious vision that’s fuelled the meteoric rise of Atomos monitors since 2010. With a 1,000,000:1 screen contrast ratio, 15+ stops of real range shown on-screen, a 360 zone backlight display, up to 3,000 nits of brightness and a DCI-P3 wide color gamut, the accuracy of what you see on the Shogun 7’s seven-inch HDR display is astonishingly true to life. Add to this the ability to record in 4K and beyond, in multiple codecs, including Apple’s ProRes RAW, and live switch between four camera sources and you can see how this multi-tasking monitor gives production teams unbelievable creative control. 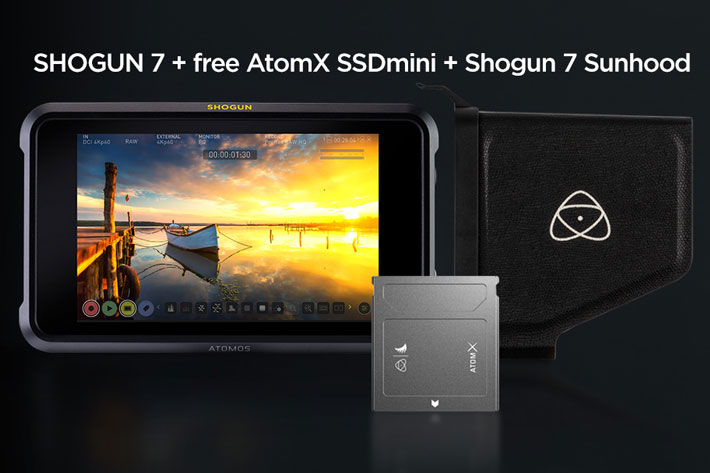 For customers wondering which anniversary gift to select with their new Shogun 7 purchase, Young explains the benefits of teaming a Shinobi SDI with a Shogun 7:

“Combining a Shinobi SDI with a Shogun 7 is a great way to get more visibility and control of what you’re capturing when filming live, multicamera content. Use your Shogun 7 to live switch between four camera feeds and then monitor the mixed program output on a fifth channel output to the Shinobi. The next day, take your monitor duo out on a single camera shoot, mounting a Shogun 7 as a director’s monitor and recorder on the camera, then rig the Shinobi up front as the camera operator’s monitor.”

If you don’t need the extra monitor then instead choose the free AngelBird 500GB SSD drive and Atomos sunhood bundle – a great alternative to give the new Atomos owner essentials they need to get up and running.

The Shogun 7 promotion runs until April 17, 2020, and your free gift can be redeemed with purchases made from any approved Atomos reseller. Claims must be submitted by May 5, 2020, says Atomos. If you have already purchased a Shogun 7 between the dates above and would like to claim the special offer,you have to complete the Shogun 7 Special Offer redemption form available on Atomos’ website.